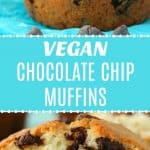 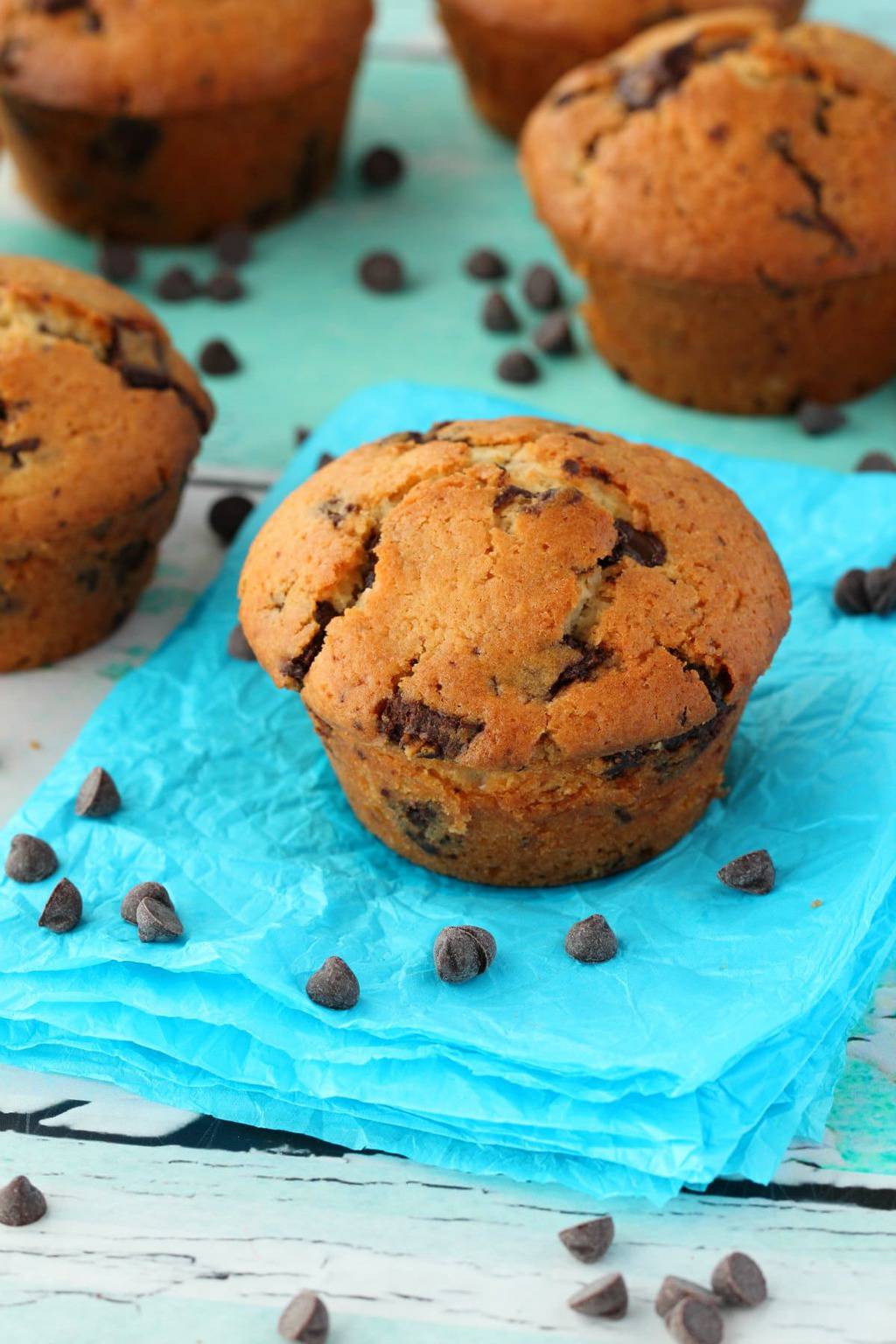 Jaye is not the biggest sweet tooth. I think you know by now that I definitely am! But Jaye isn’t. He’ll definitely enjoy a dessert or a piece of cake, but he can take it or leave it most of the time. He’s more of a savory type.

These vegan chocolate chip muffins were a different story. It seemed like every time I looked up over the past few days he had one of these on the go.

Usually we give away most of the stuff we make, we’ll have a portion (because obviously we try it, otherwise how would we know it’s good?) but then give away the rest because no one can eat as much dessert as I make! Well, there was practically nothing left to give away once Jaye had finished with these muffins.

Maybe it’s because they’re like dessert, but also not. Well, I mean they totally are! But they’re also called muffins, not cupcakes, so you get to eat them for breakfast and it’s totally normal! And even though they’re sweet, you can also slice them in half and put some vegan butter on them just like you would if they were savory. 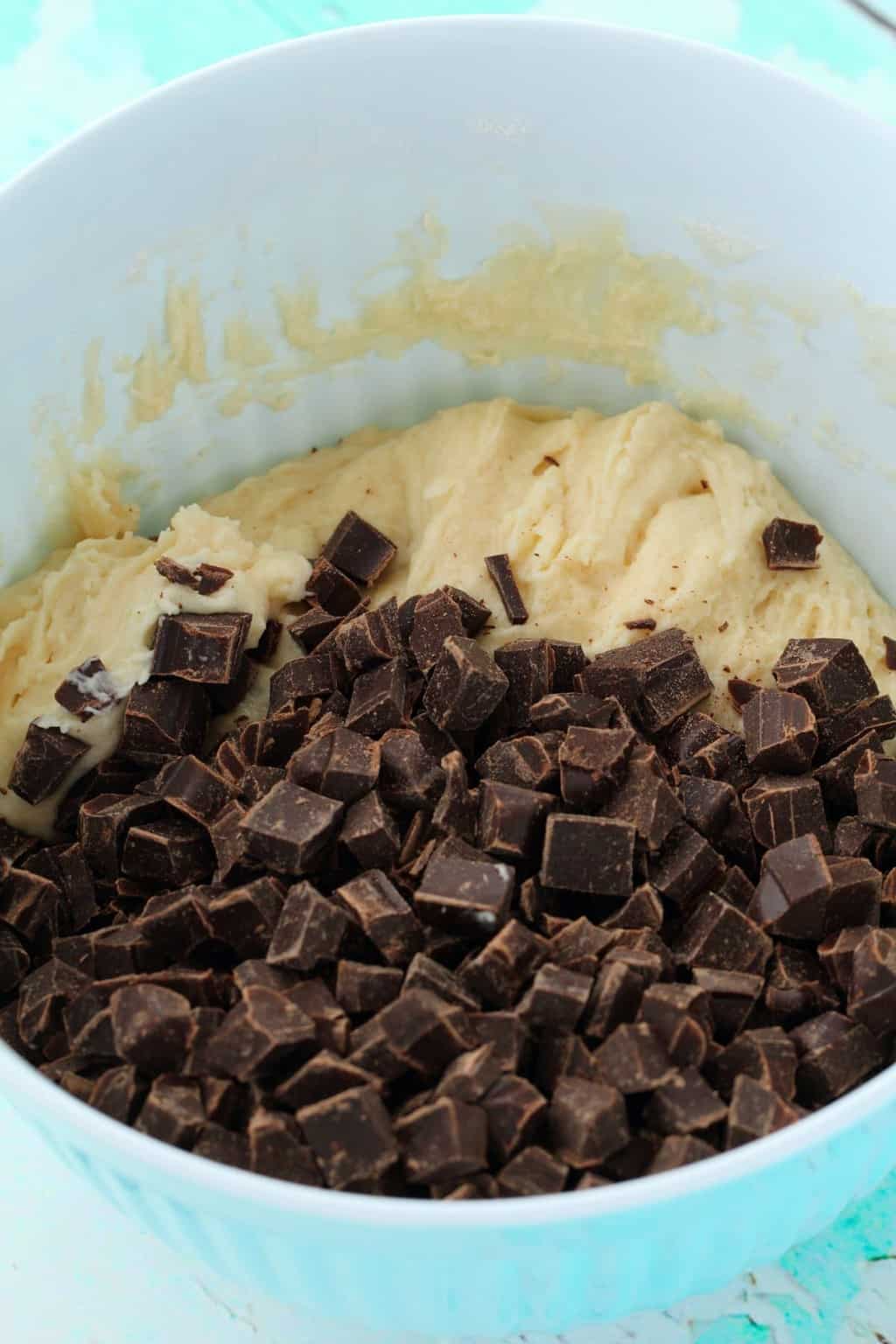 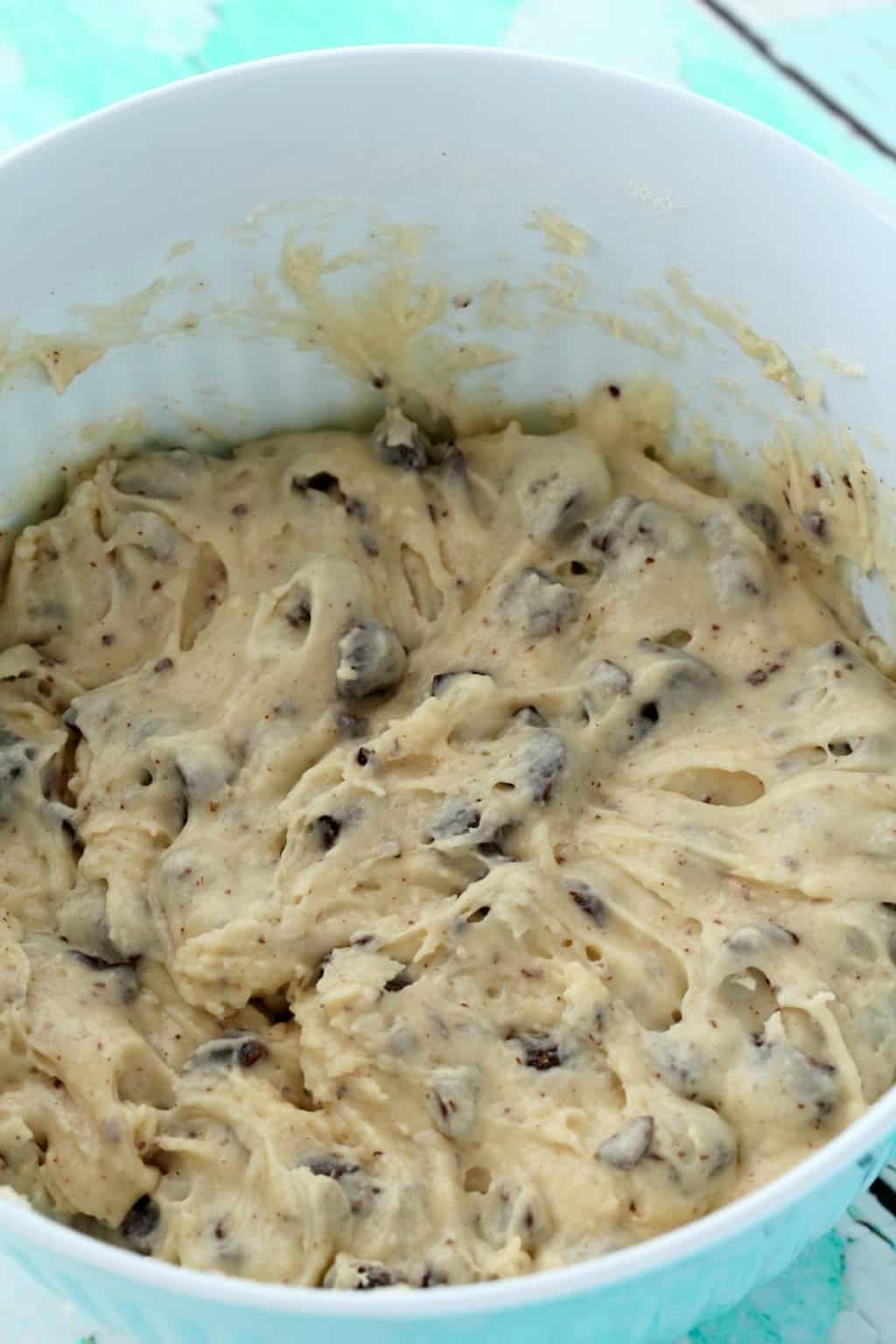 The recipe is crazy simple. It’s just 8 easy ingredients and 45 minutes and you have delicious vegan chocolate chip muffins! 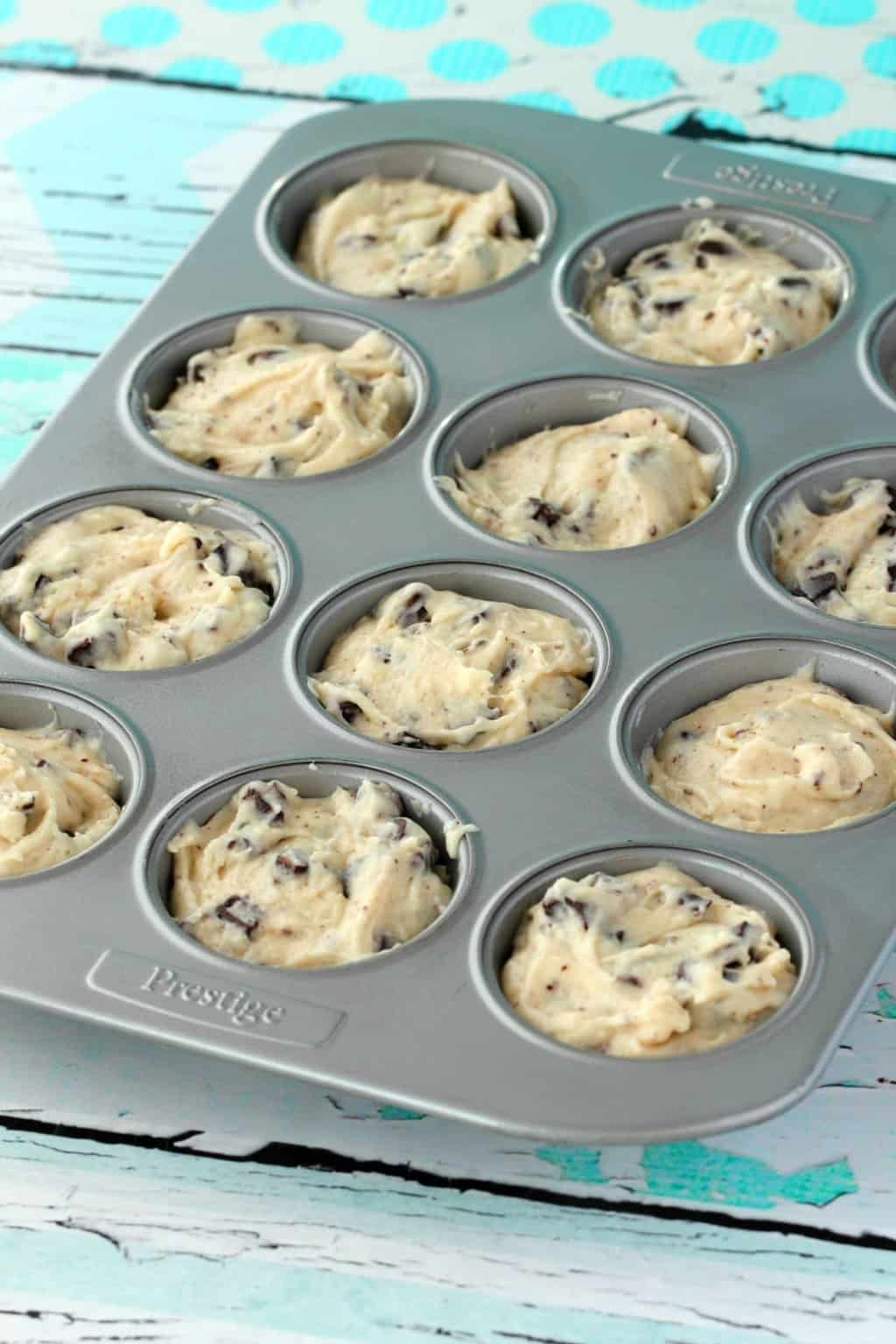 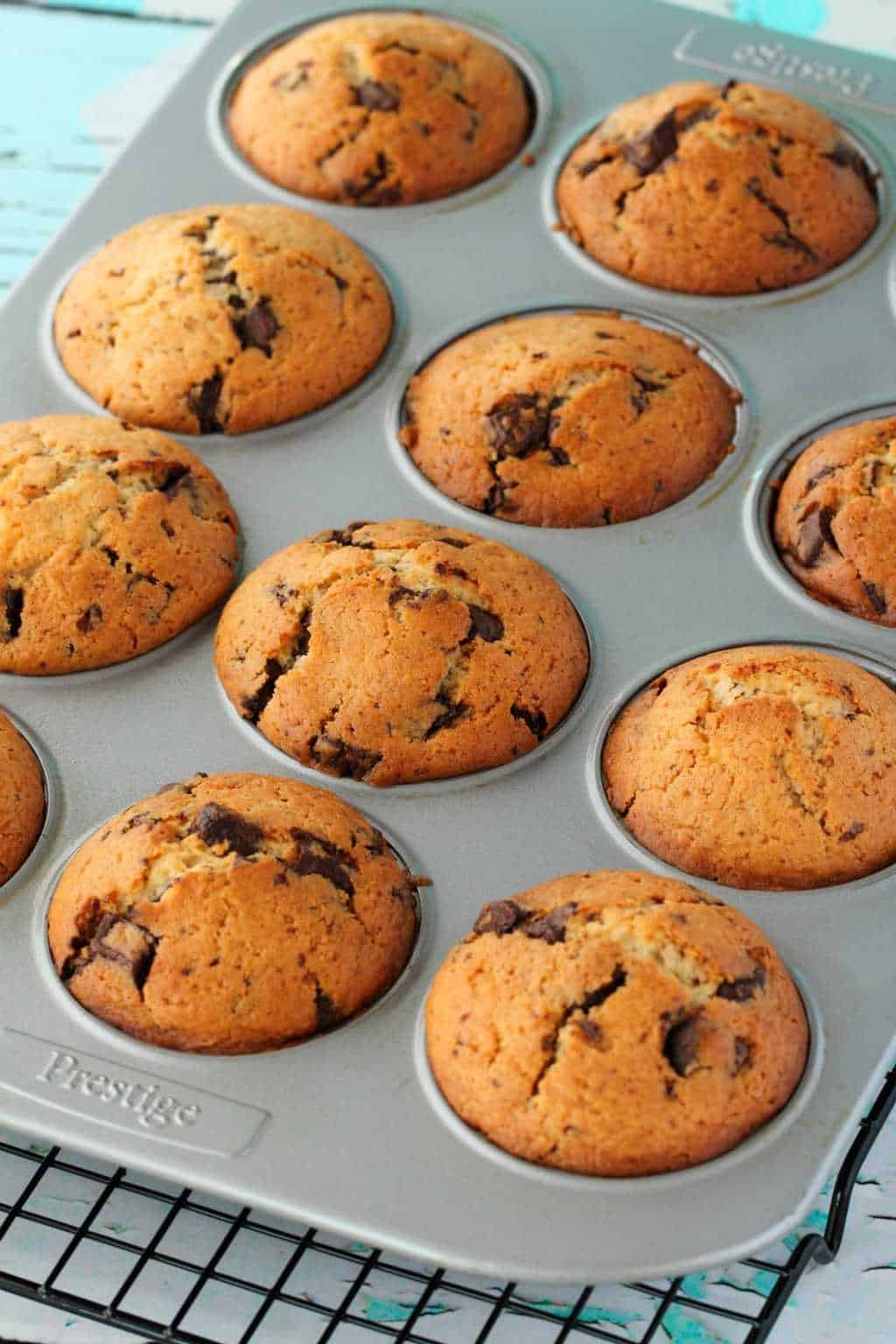 I went with quite a lot of chocolate for this, a cup and a half of chocolate chunks (or chips as you like) because why not!

These muffins are super moist and that comes about from a half cup of coconut oil and some homemade vegan buttermilk. 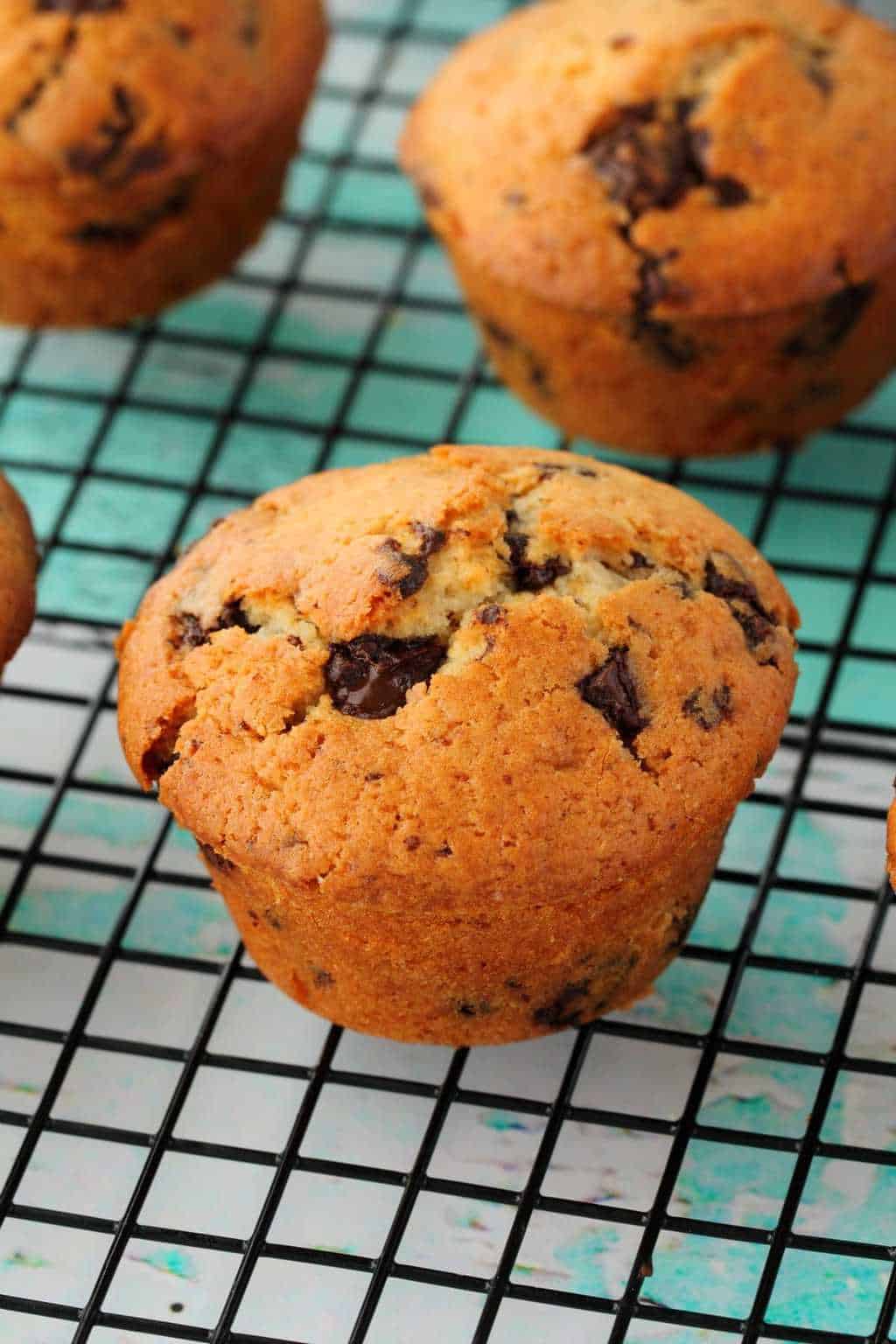 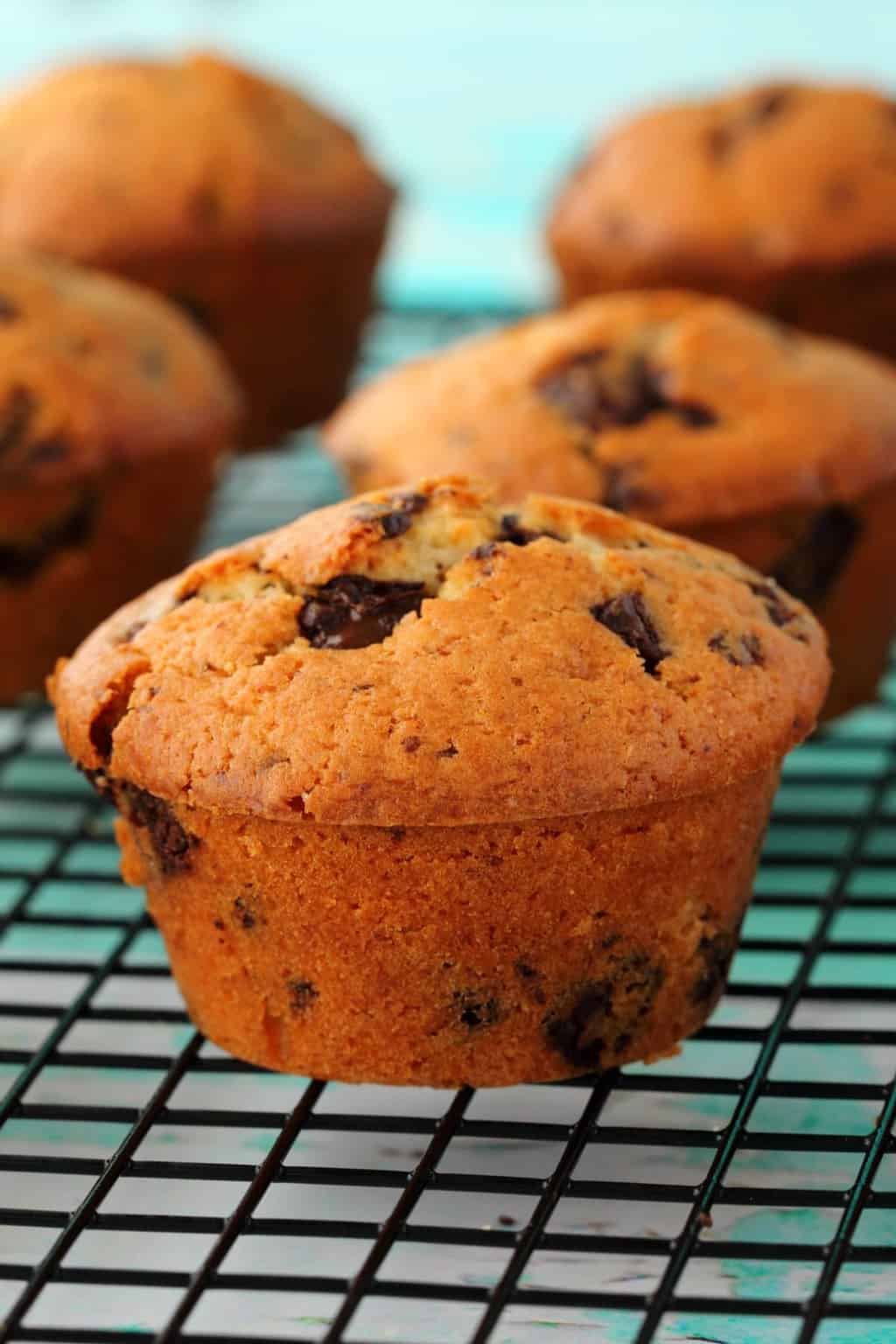 It’s important for your batter to be nice and thick, so your chocolate chips or chunks don’t just sink. You want them nicely spread out around your muffins. This is why I chose coconut oil rather than another oil, as coconut oil is pretty thick.

Using vegan buttermilk is another factor in this, as it’s very thick compared to regular non-dairy milk. So the result is a nice thick batter that holds up the chocolate chunks very well. 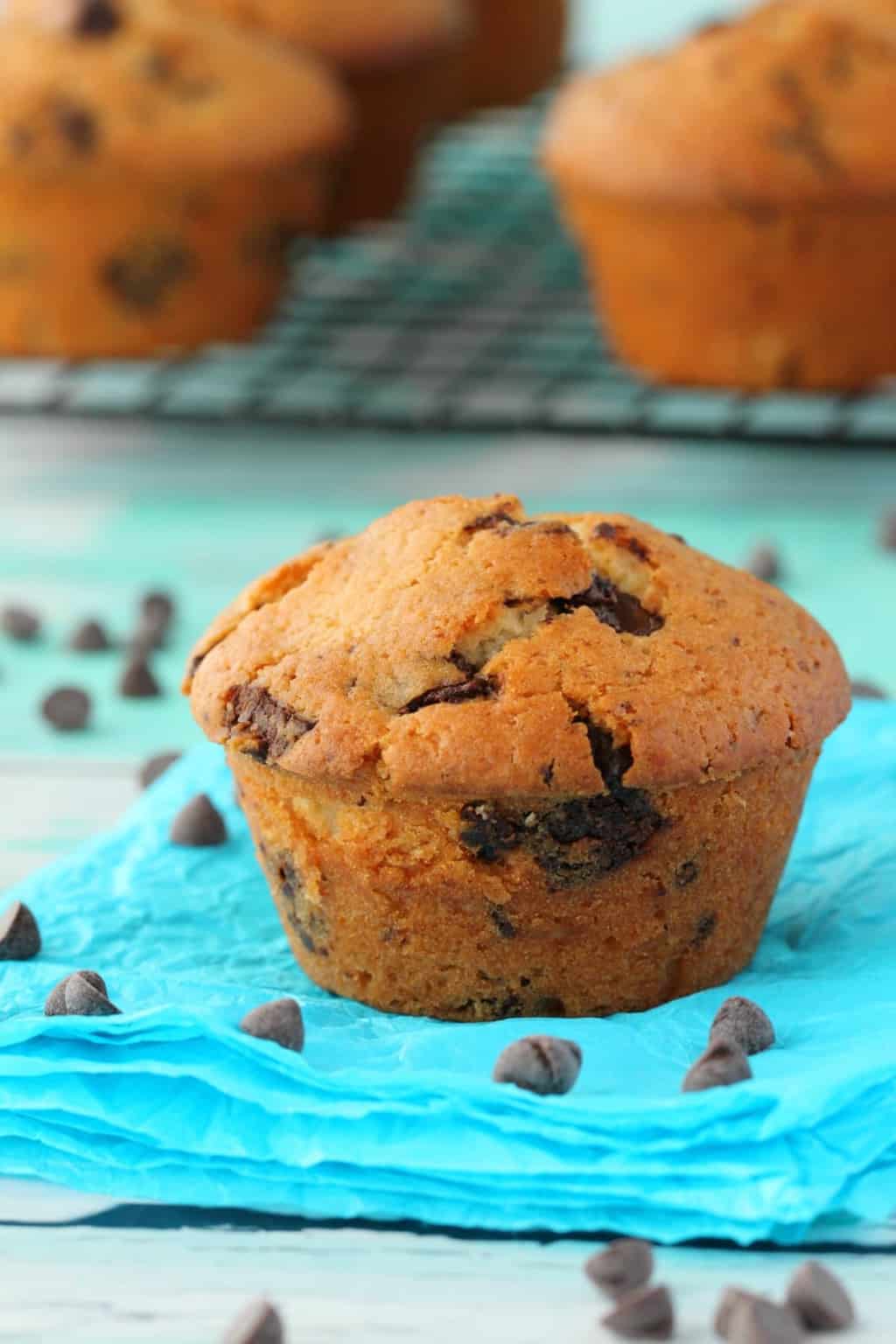 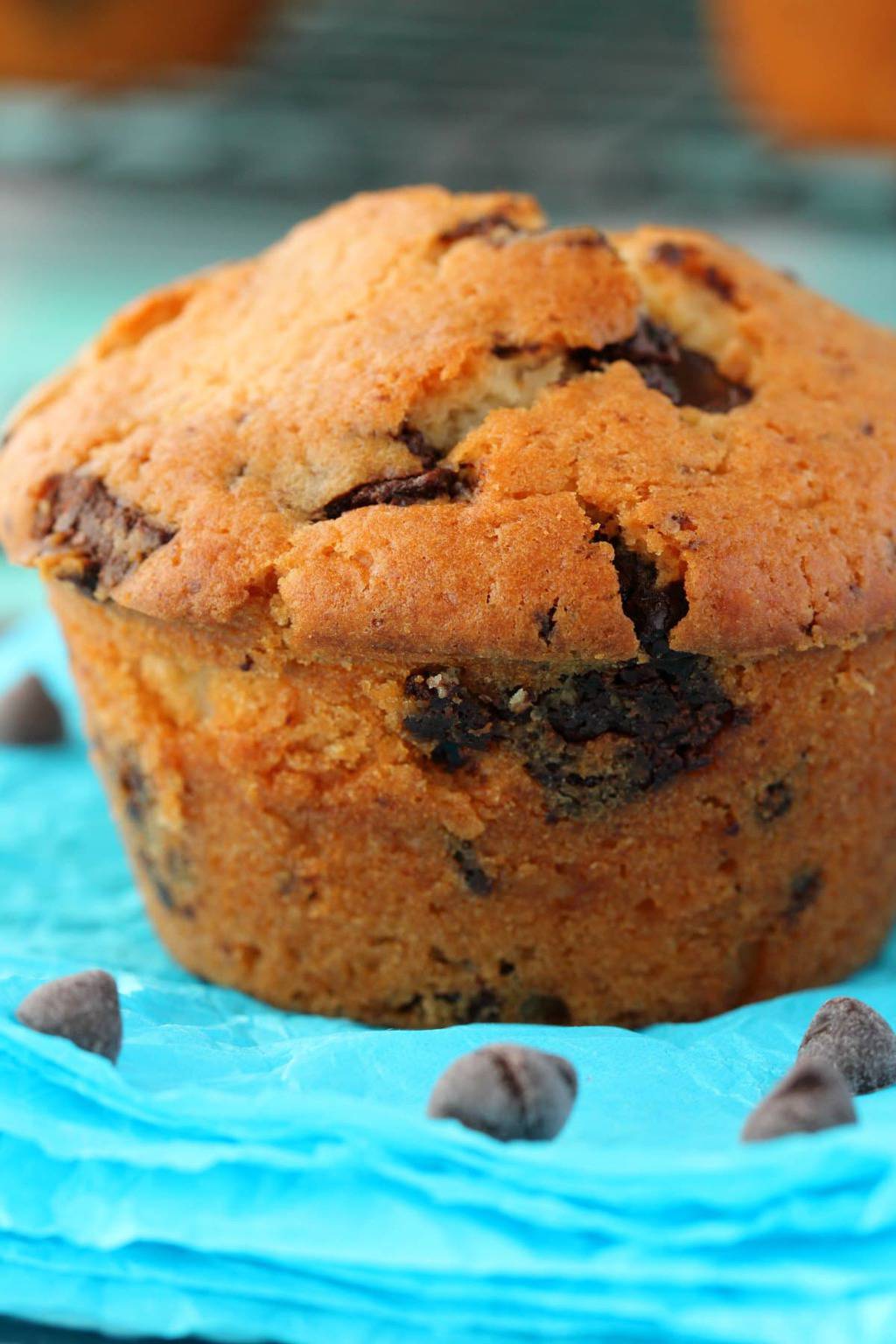 I decided not to use muffin liners for these, as I really love how muffins look when they bake directly in the tray, but it can be a little tricky to get them out. Usually it’s not an issue, but I think the chocolate chunks make them tend to stick more.

The solution is to spray the muffin tray very well with non-stick spray – you’d do this anyway, but just be sure to do it extra well – and also let the muffins cool for at least 10 minutes in the tray before you try and get them out.

It’s tough, when your whole house is smelling like muffins and you know they are pure melty chocolate muffin deliciousness straight out of the oven, you just want to get ’em out the tray and eat one right now, but you gotta wait. Or you could end up with broken muffins.

Alternatively you can use muffin liners! 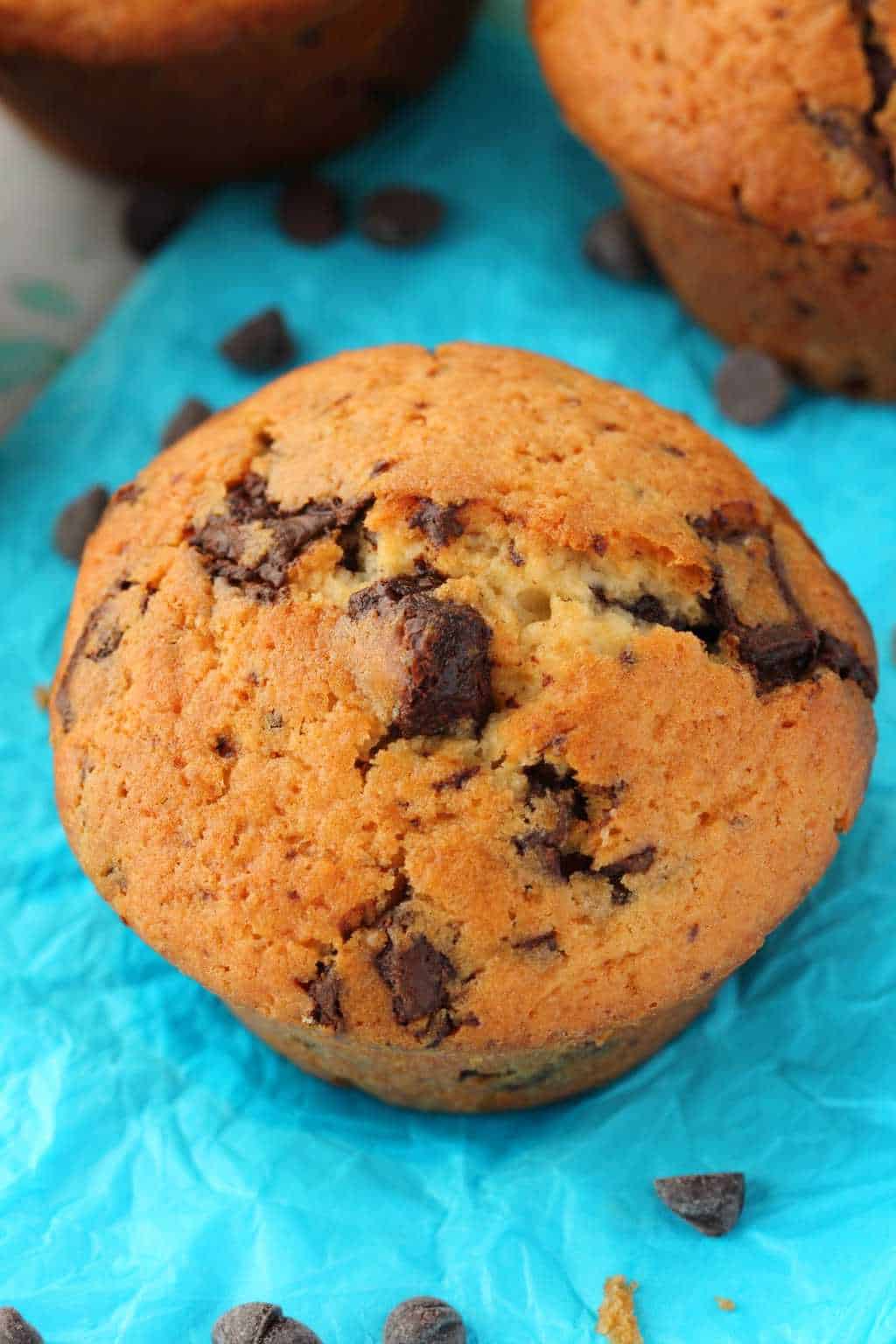 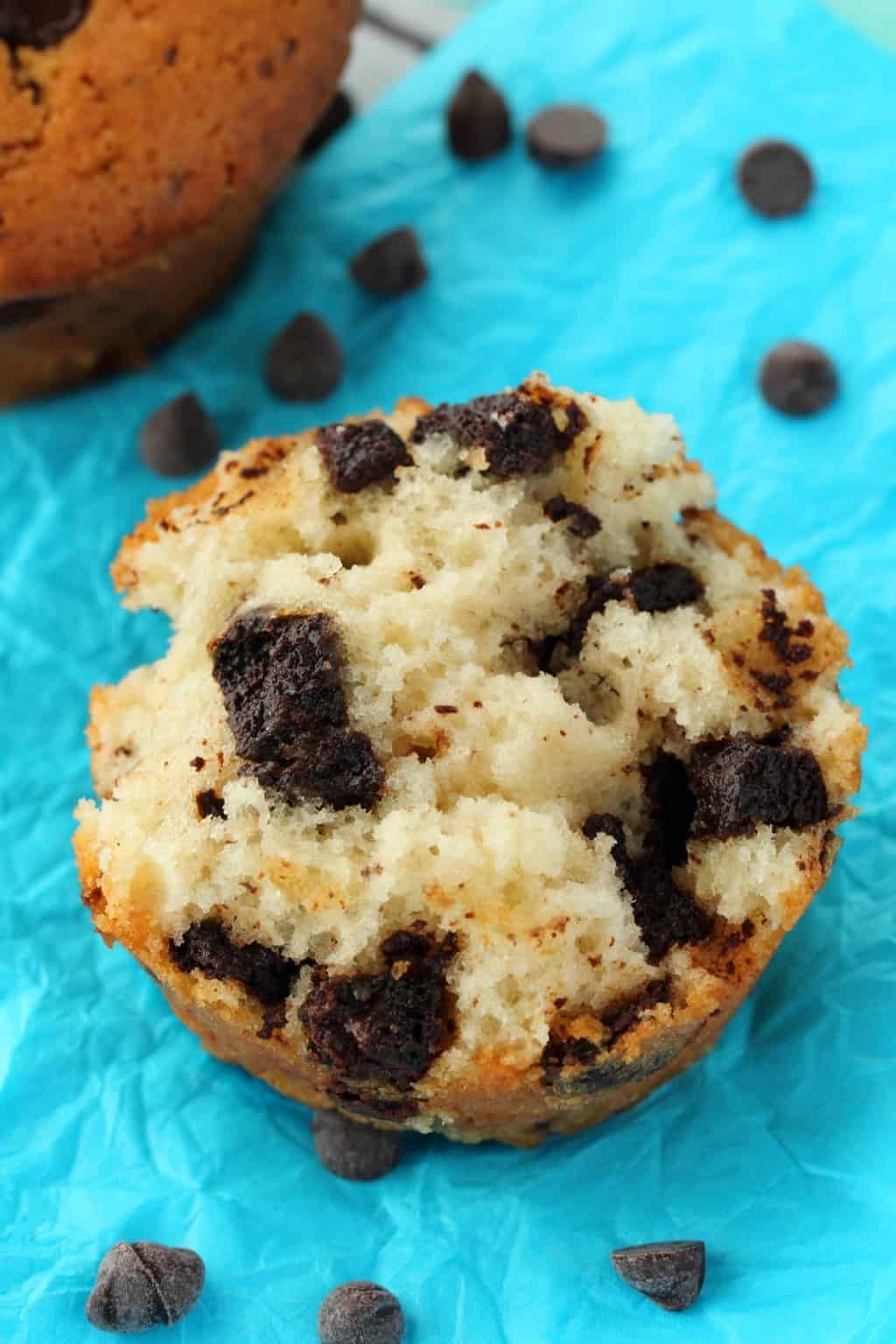 I hope you’ll love these vegan chocolate chip muffins, at least as much as Jaye does! They are: 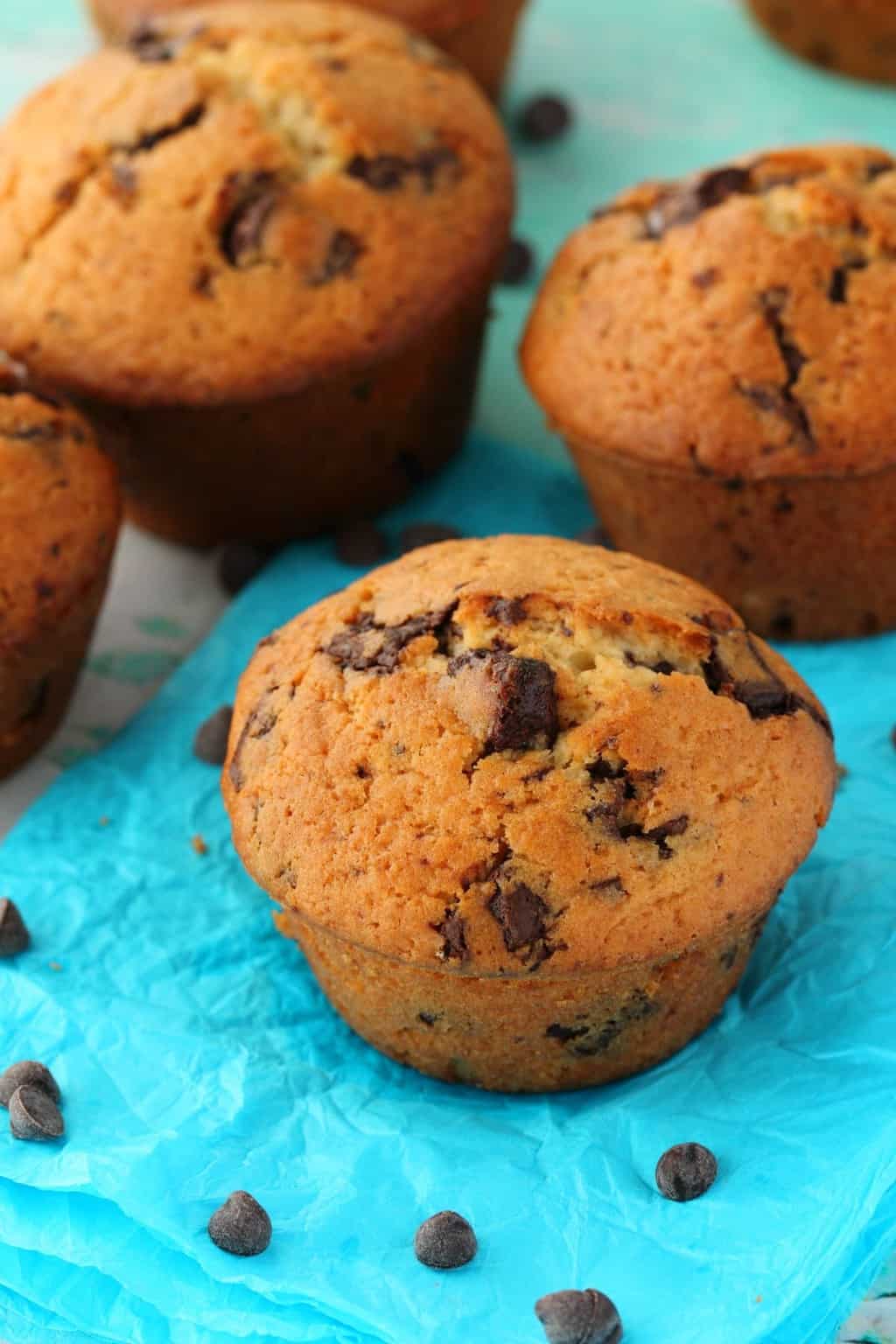 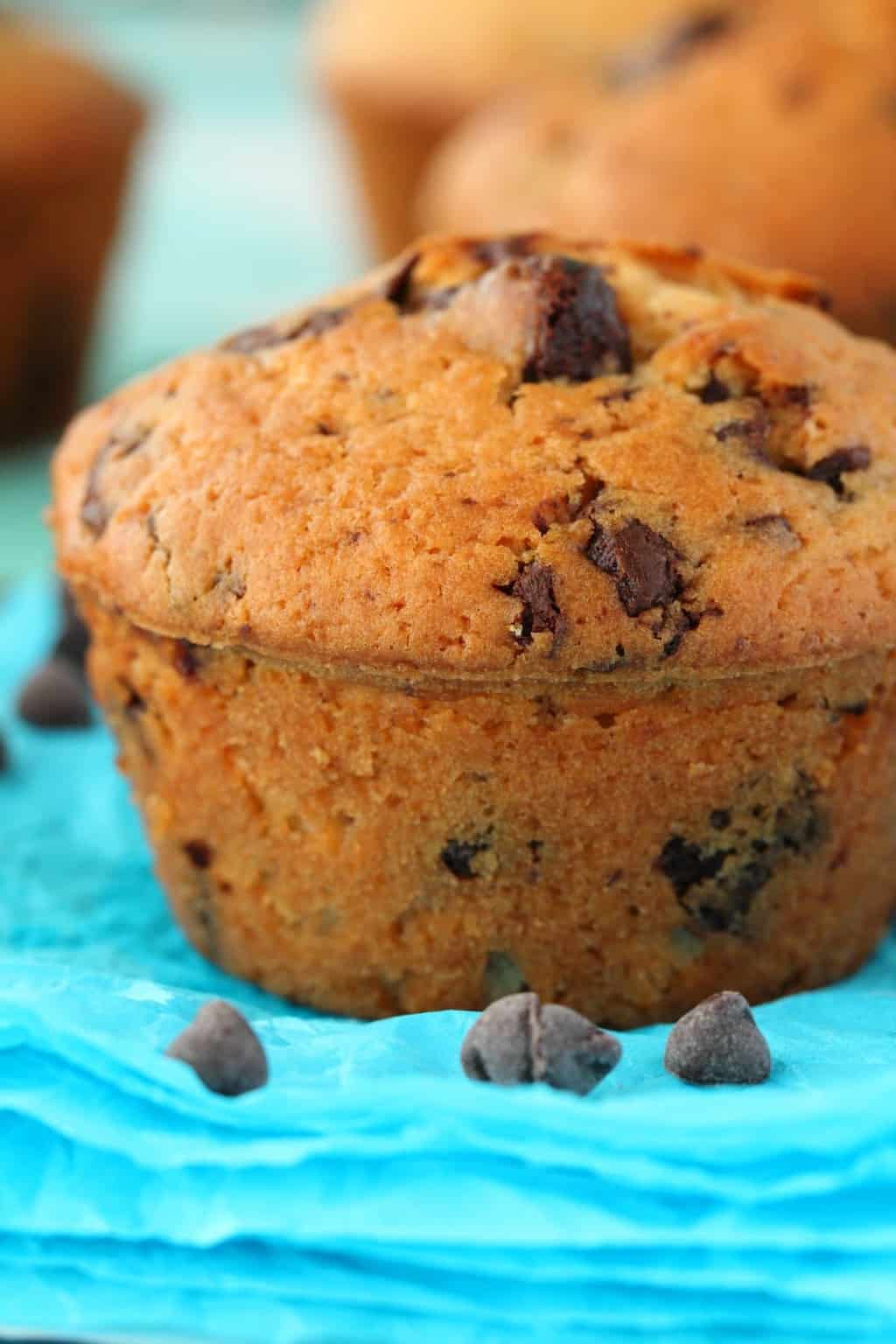 What do you think of these vegan chocolate chip muffins? Let me know your thoughts or any questions you have in the comment section. Please rate the recipe too! Thanks so much!

For more vegan muffins, check these out!

Sign up for our email list and you’ll get an awesome 10-recipe ebook containing delicious vegan dinner recipes and you’ll stay updated with all our latest recipes just as soon as they’re posted to the blog! 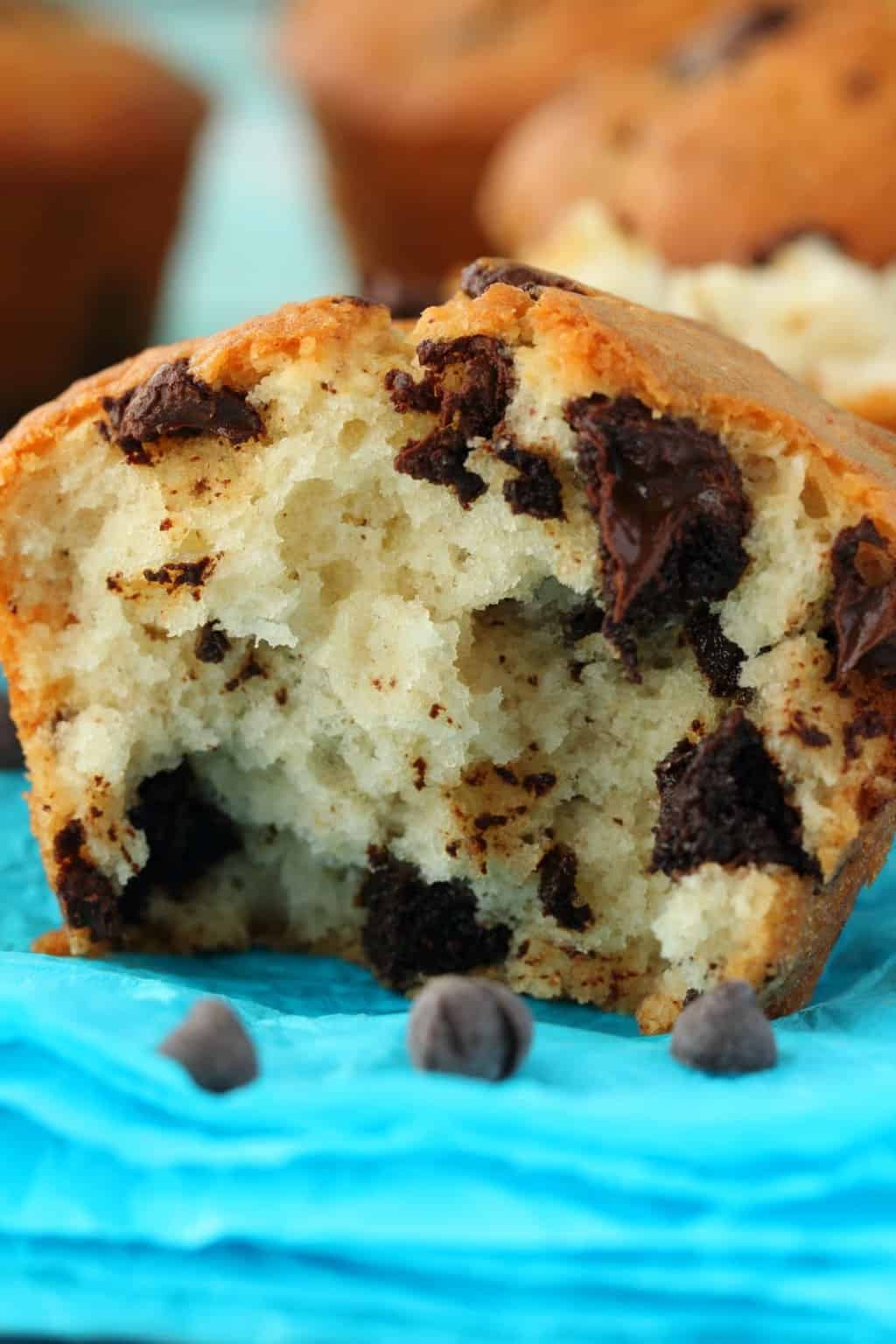 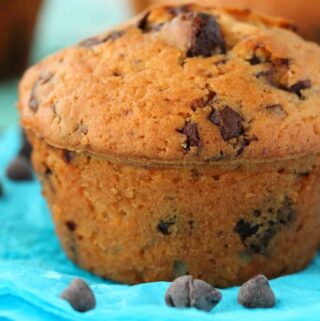