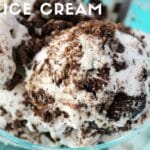 Smooth and creamy vegan cookies and cream ice cream. This no-churn vegan Oreo ice cream is only 3-ingredients and so easy to make.

I made this vegan cookies and cream ice cream when my mom came to visit recently and she declared it ‘the best ice cream you’ve made so far!’

Well, I don’t know about that. Because I think ALL the vegan ice cream I’ve made so far have been totally divine! But this one is really good.

It’s also no churn, so for those who don’t have an ice cream maker, it’s totally ideal!

How To Make Vegan Cookies and Cream Ice Cream

Is this ice-cream gluten free?

It’s best consumed within a week, though of course it lasts longer than that, it’s frozen after all. It’s just that ice crystals can start to form if you keep it too long. But let me be honest, sometimes I forget that I even have ice cream and weeks later it is still totally delicious! But it’s still at its best in the first week. 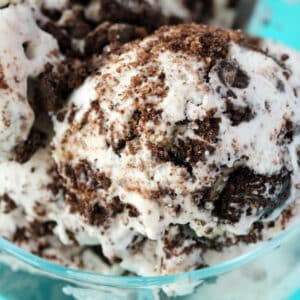