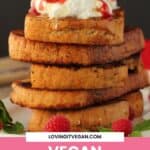 You won’t miss the eggs with this easy and delicious vegan French toast. It’s crispy on the outside, soft on the inside and makes the perfect breakfast. 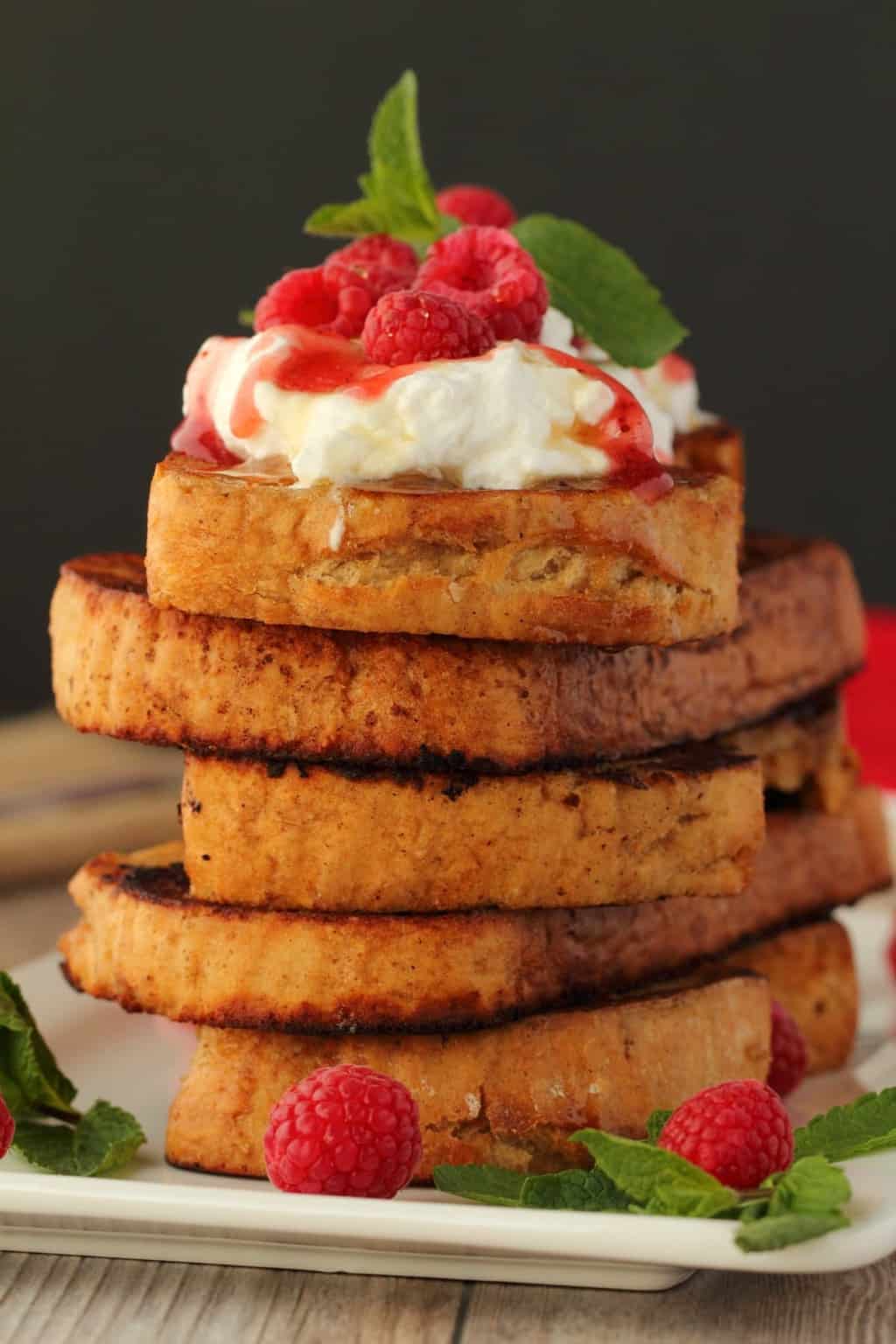 When I first heard about vegan french toast, I really had no clue how you could make this happen. I mean french toast is just so…..eggy. Like…how would you achieve this without eggs?

Well the answer is a little chickpea flour with non-dairy milk and a few other ingredients to mimic the ‘eggy’ flavor and it works so well! 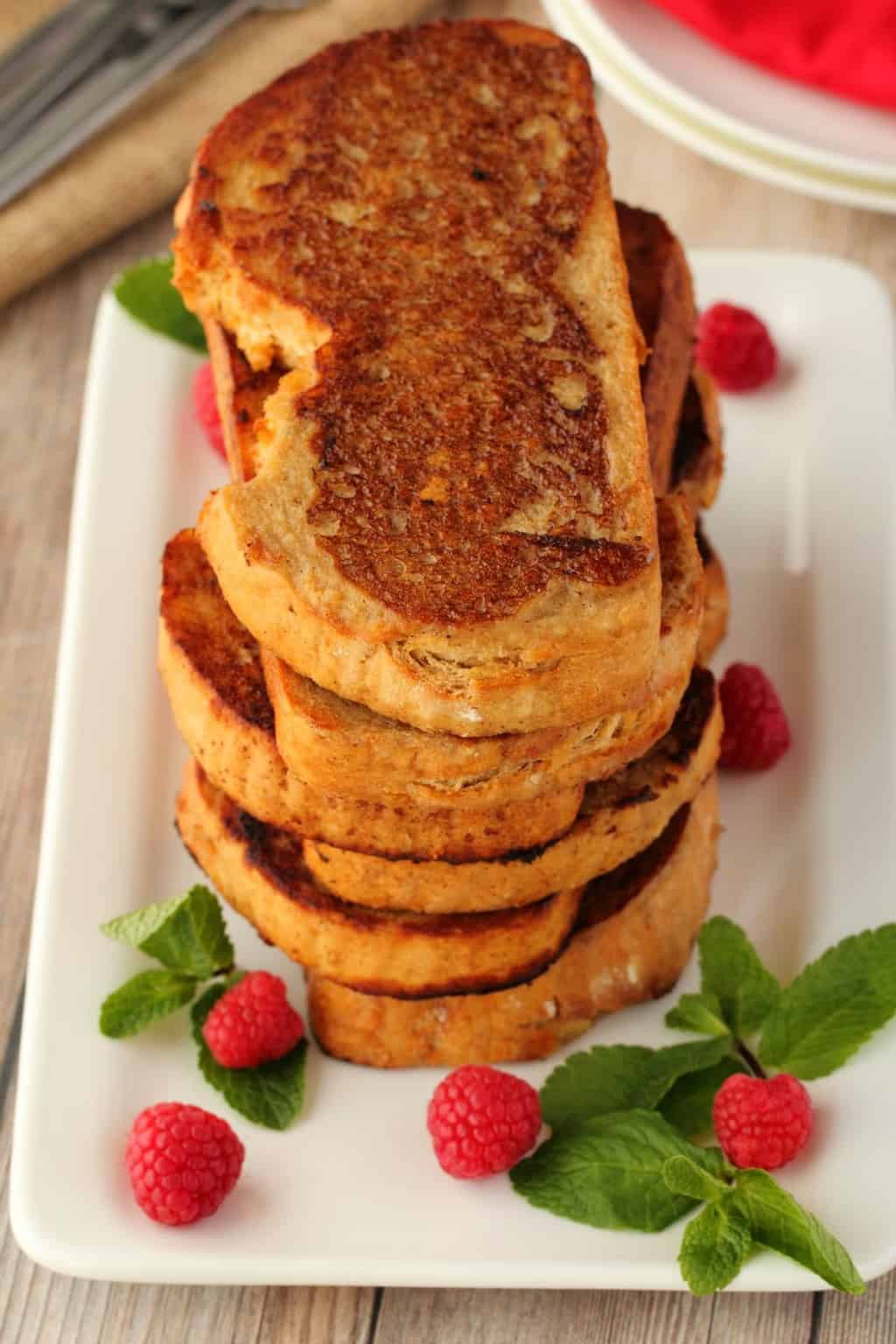 How To Make Vegan French Toast

This recipe is super easy and takes only around 30 minutes or less from beginning to end, which is the way I like it.

Just whisk up the wet ingredients in a bowl, slice up some bread into thick sturdy slices, dip it in the wet mix (both sides) and then fry it in a hot frying pan with a little coconut oil.

The frying pan should be very hot and the combination of the mix that you dip the bread in, plus the coconut oil creates the perfectly browned result you see here. It’s crispy on the outside, soft on the inside, with a deliciously light flavor.

You will love this vegan french toast for its perfectly sweet taste and mix of subtle flavors, its texture, and how quick and easy it is to make. 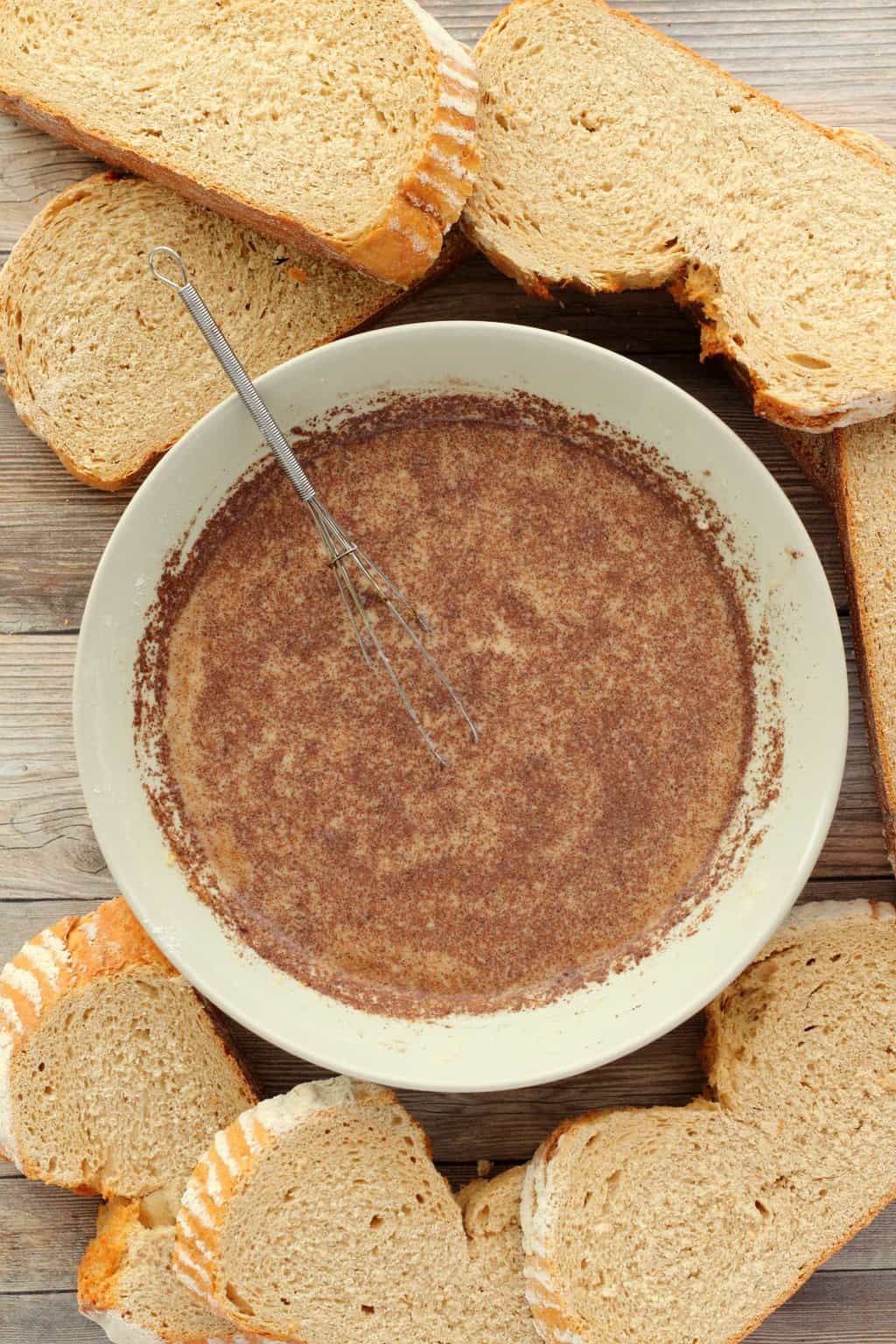 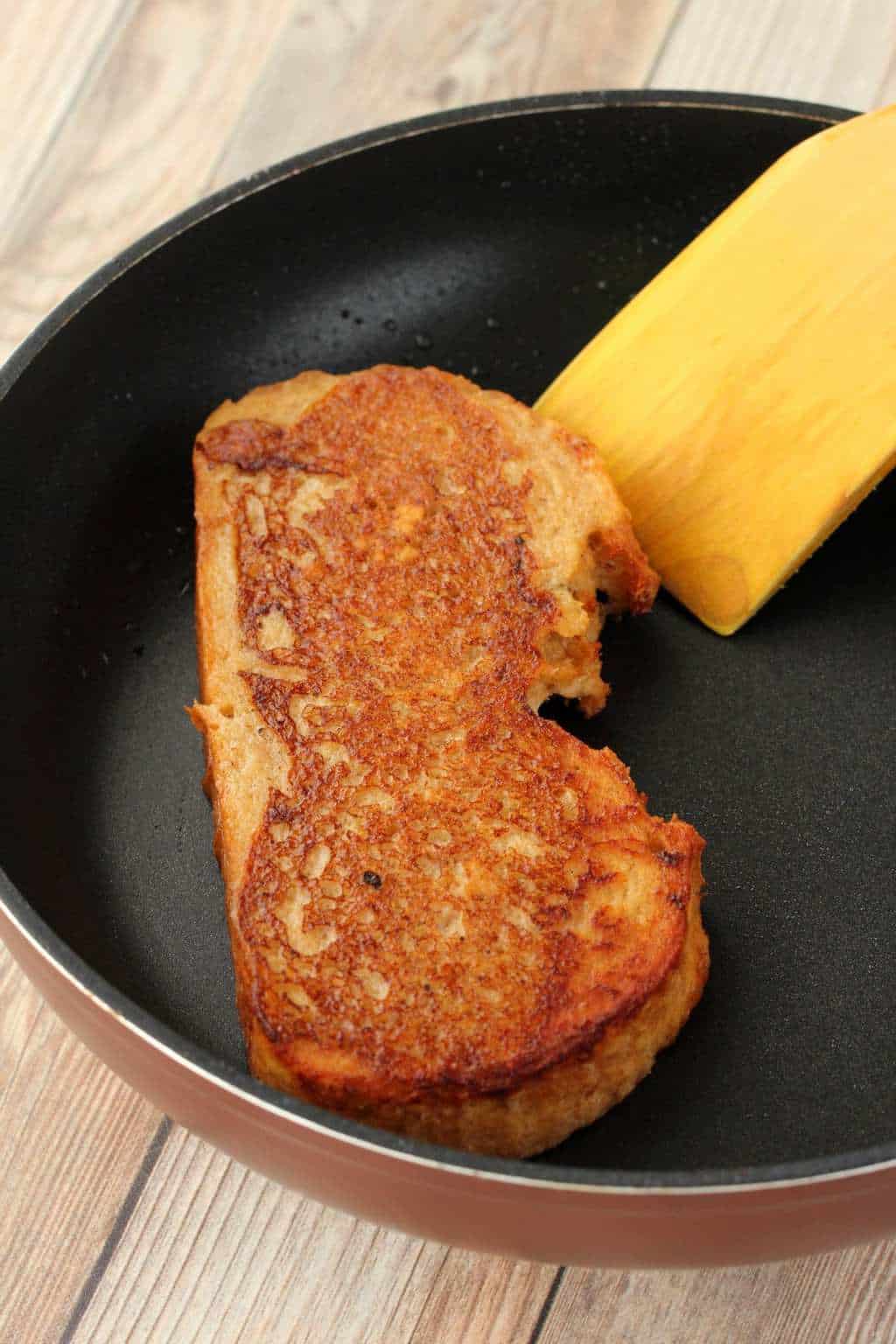 Nutritional Yeast is a very versatile ingredient. It can be used to create cheesy flavors, buttery flavors AND eggy flavors! Of course it’s here for eggy flavor.

Sturdy Bread: The first time I tried this recipe the only bread I had on hand was pre-sliced sandwich bread, and that struggled a bit to stay together. Soft, thinly sliced sandwich bread is an issue here because as soon as you dunk it in the batter it will want to break apart.

I used a sourdough bread for this recipe that had also been sitting for a couple of days so it was a little stale. That was just perfect for this recipe. 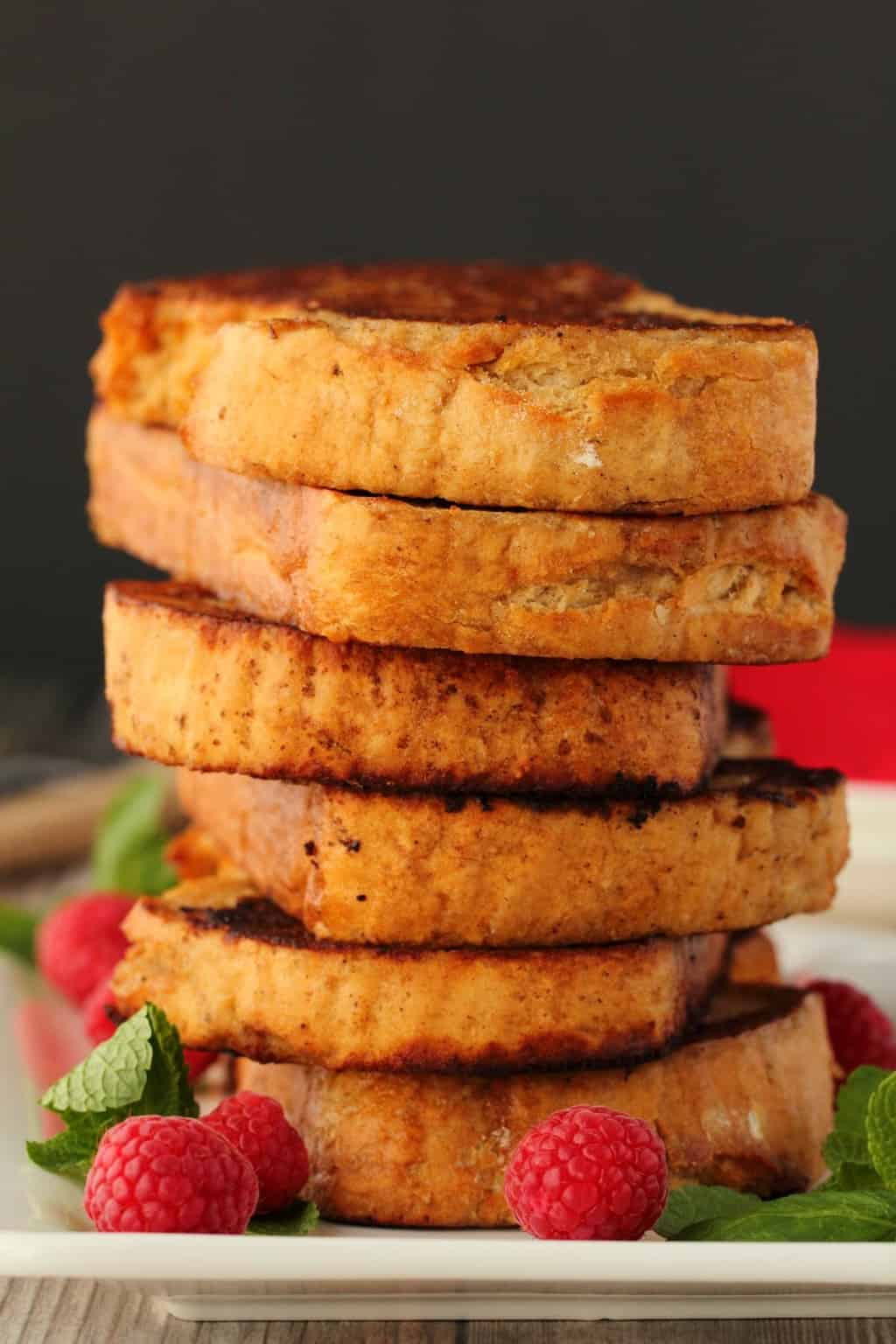 How To Serve Vegan French Toast

You can serve it plain or with some maple syrup, or if you want to get a bit fancy, some jams and vegan whipped cream and fresh berries! It’s a pretty fine breakfast no matter how you serve it.

You can prepare the ingredients in advance and keep the dipping mix in the fridge until you’re ready to start. However, I would not fry the French toast in advance, because that needs to be served warm and crispy. 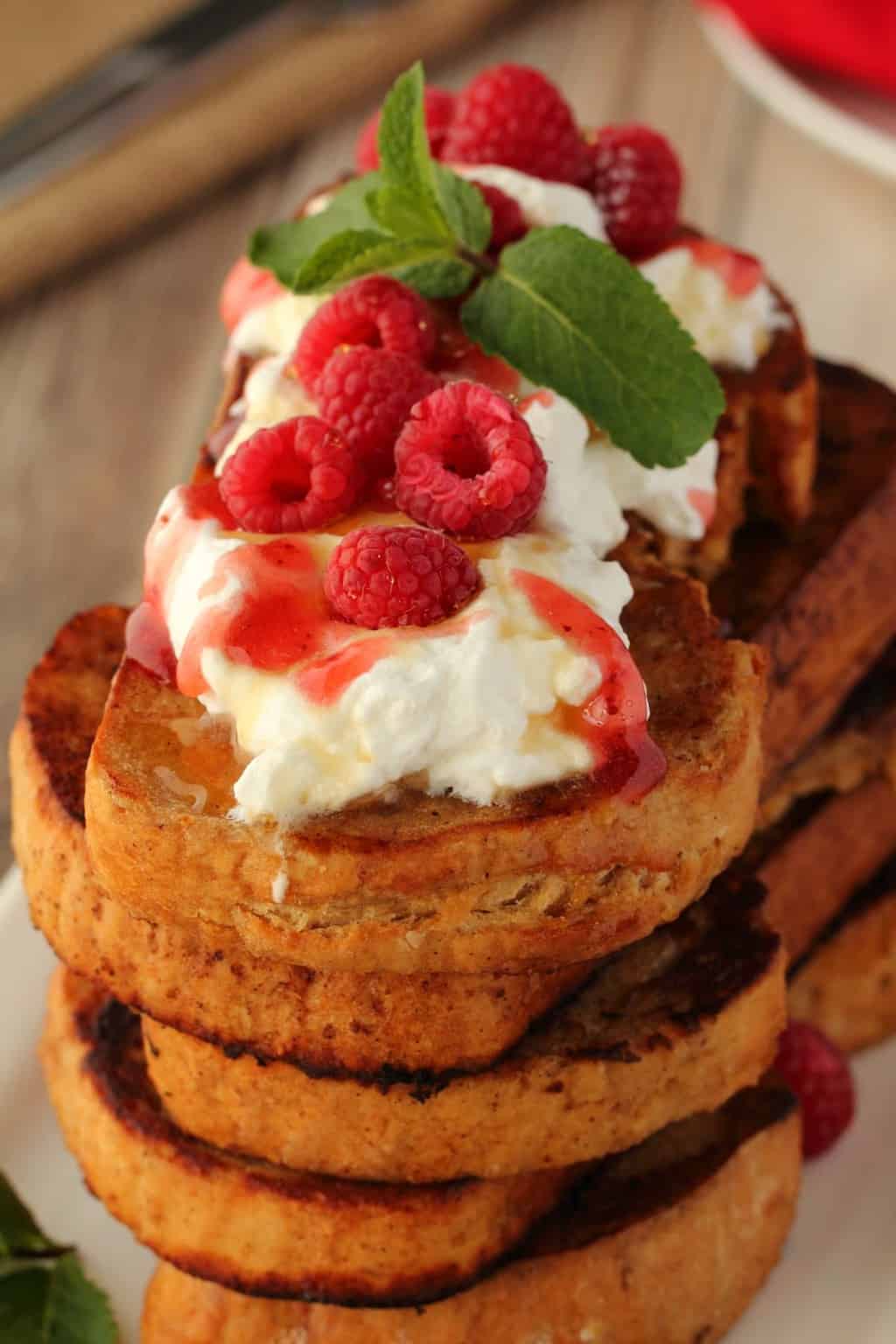 So what do you think of this vegan french toast recipe? Let us know in the comments and please rate the recipe too! Thank you! 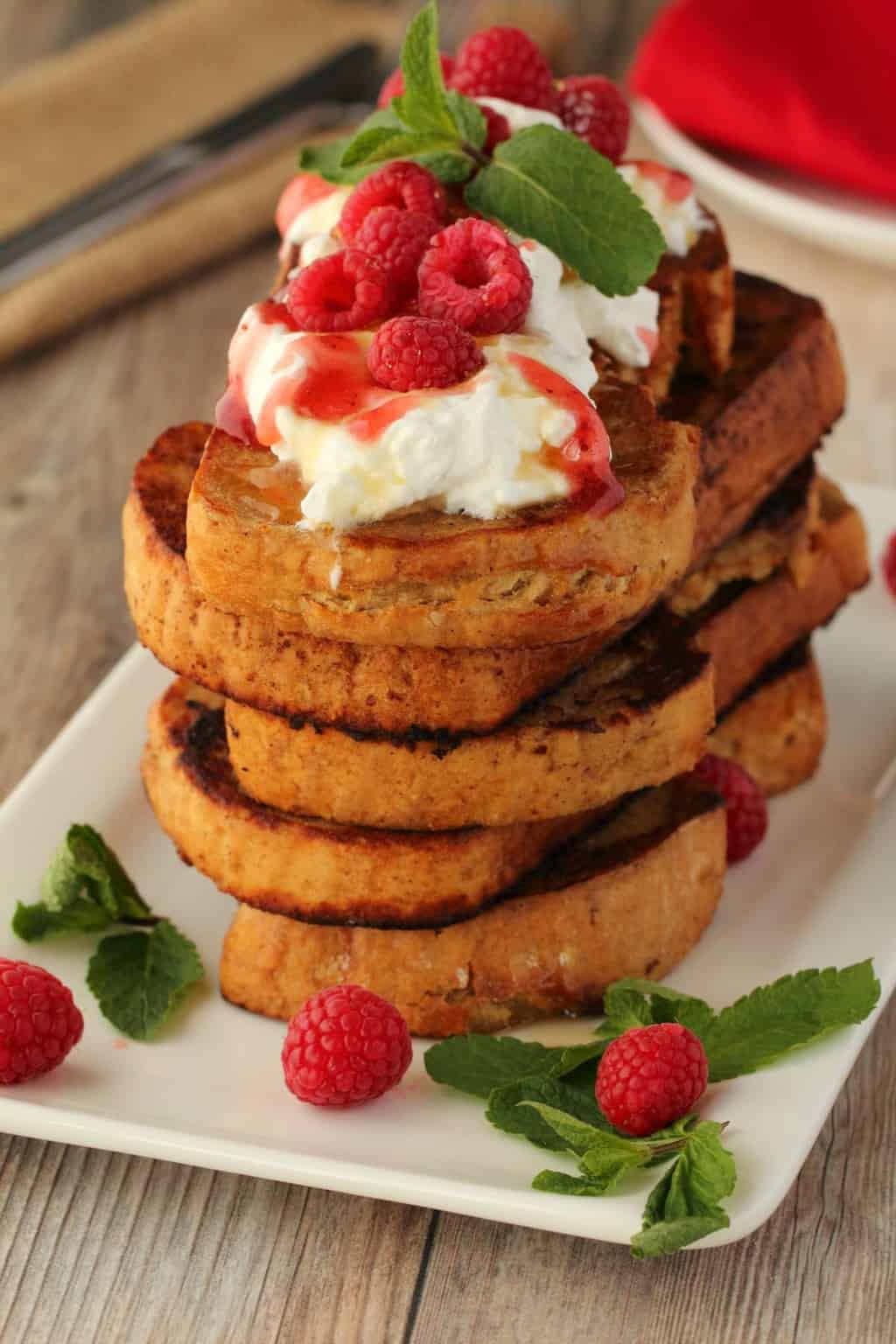 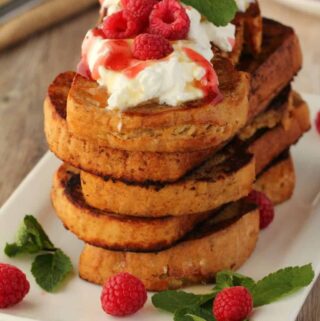