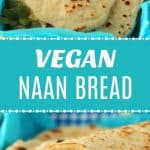 Super easy vegan naan bread. The perfect accompaniment to a delicious curry or just as is! Soft, fluffy and wonderfully flavorful! 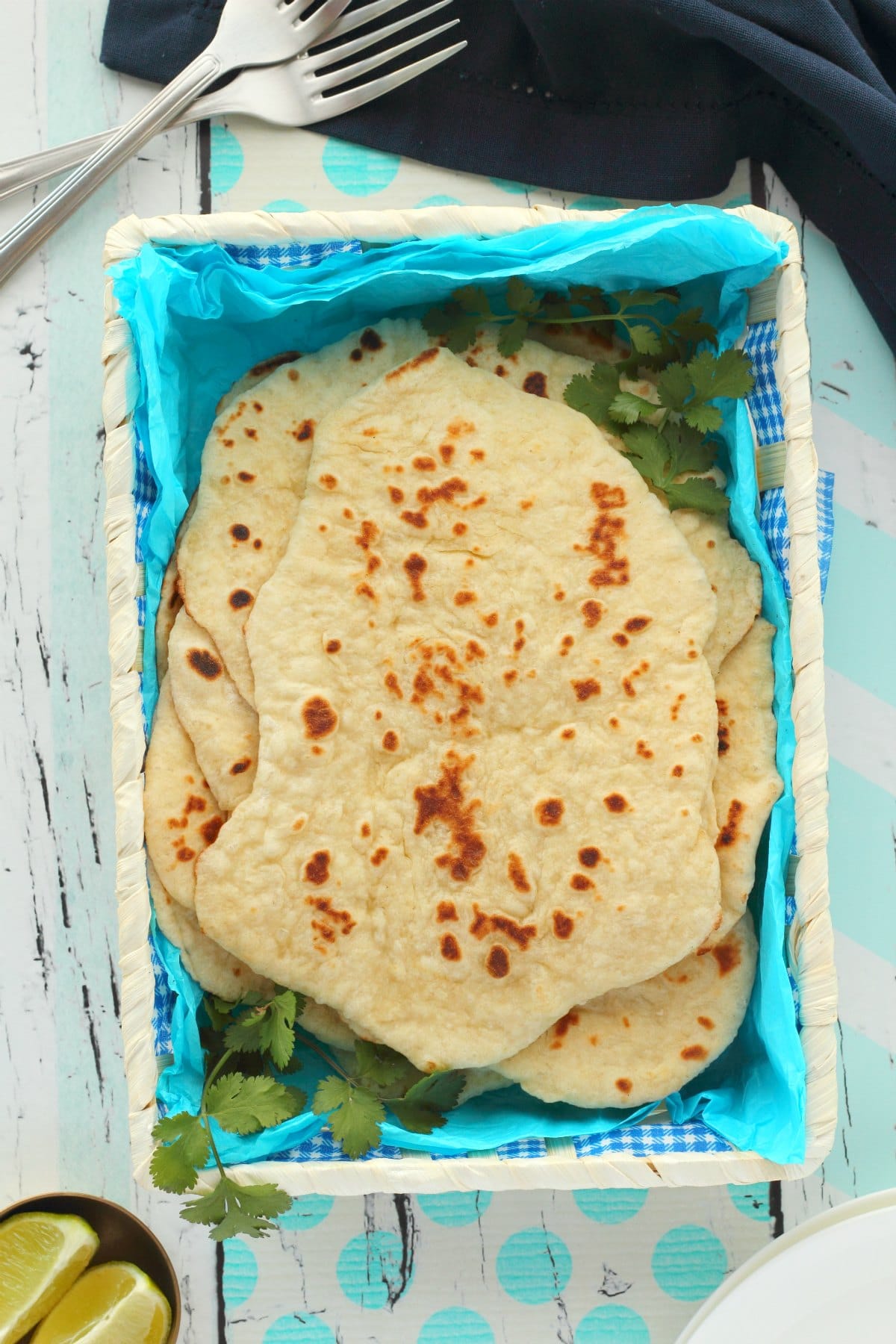 I am honestly thrilled about this vegan naan recipe because it is sooo easy.

And when it’s this easy to make it yourself, there’s really no reason not to.

That being said, it’s not super quick to make these, but it is super easy. 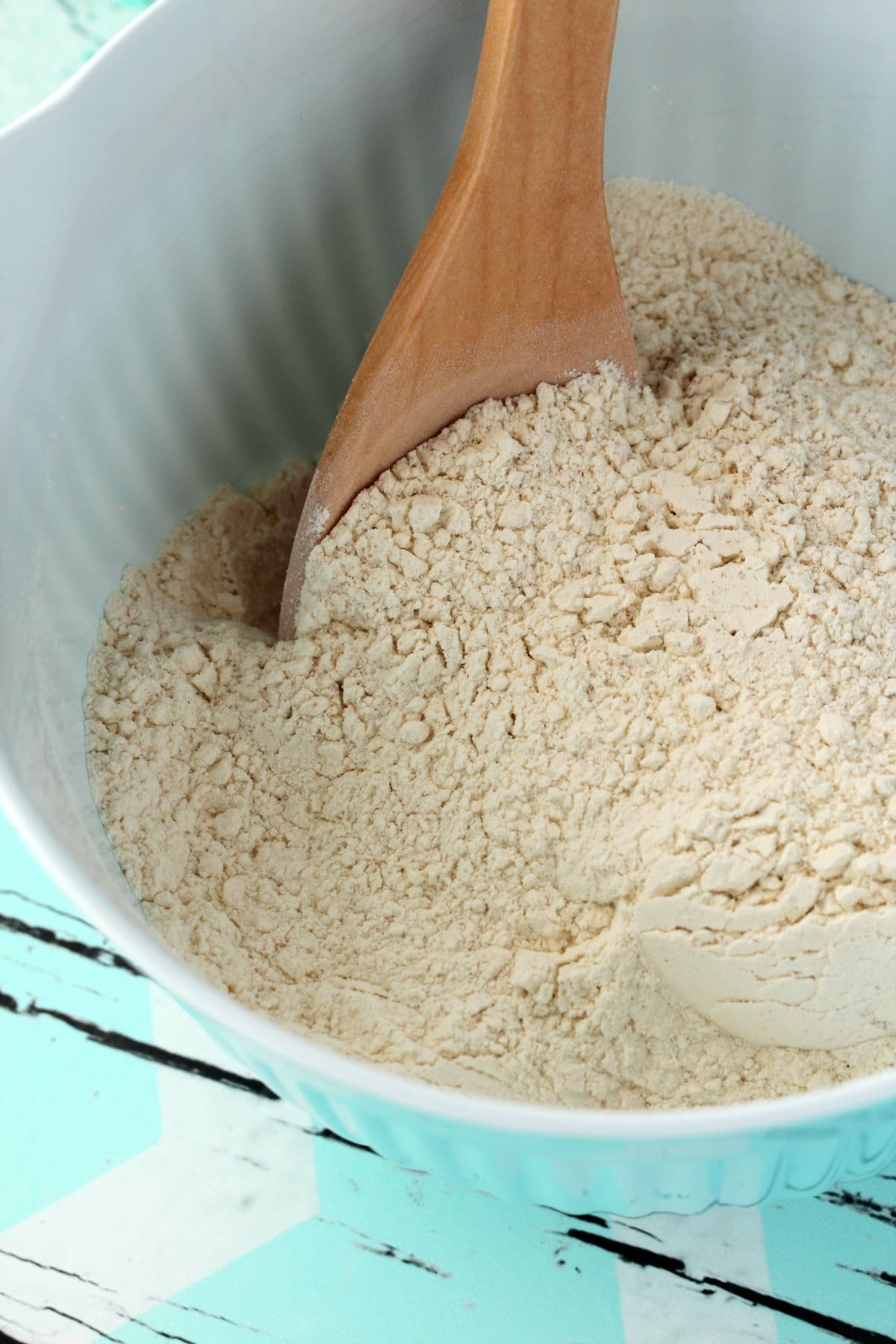 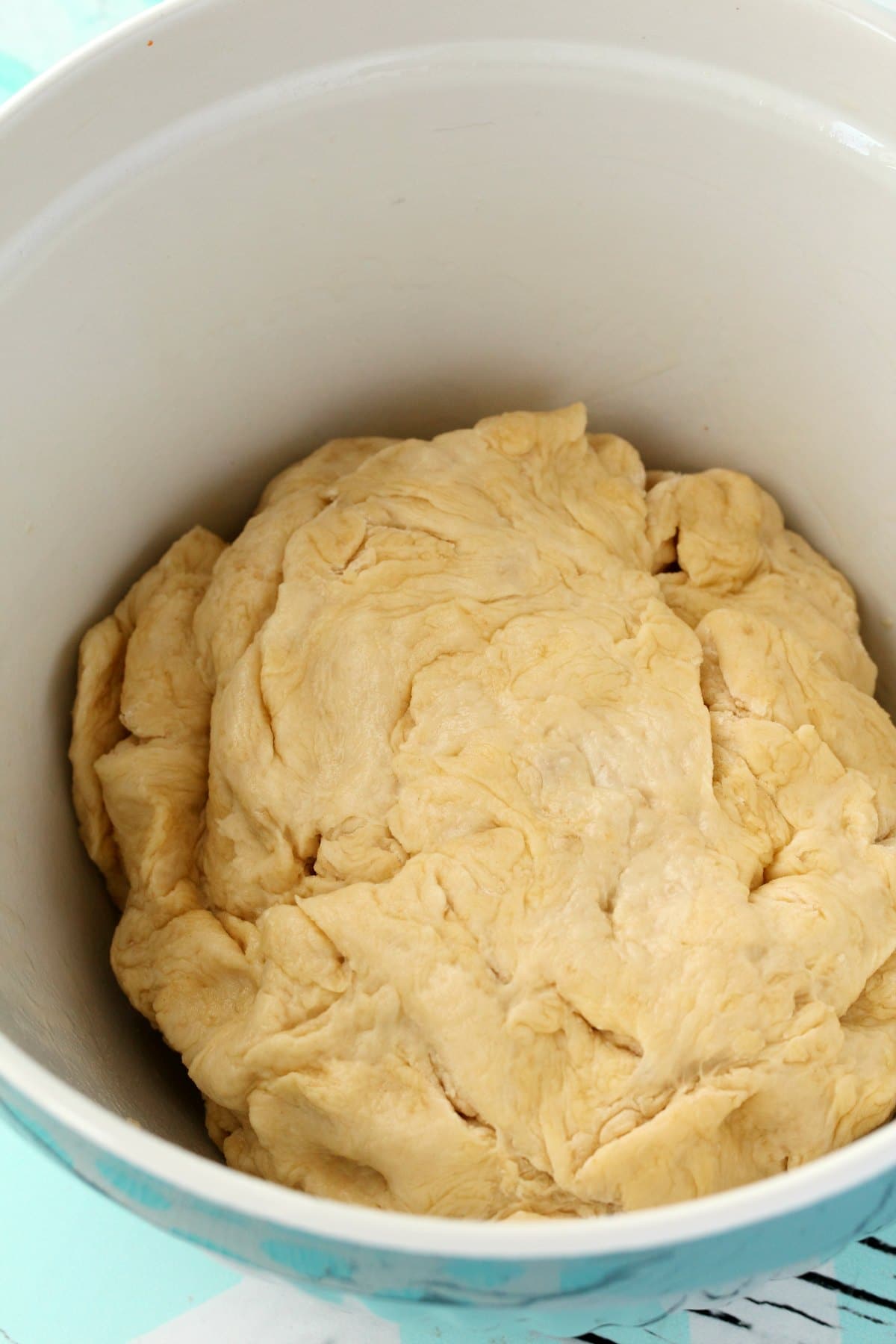 How to make vegan naan

It’s 5 easy ingredients that you mix up in a bowl, knead a bit (not long at all) and then leave to rise for 30 minutes. 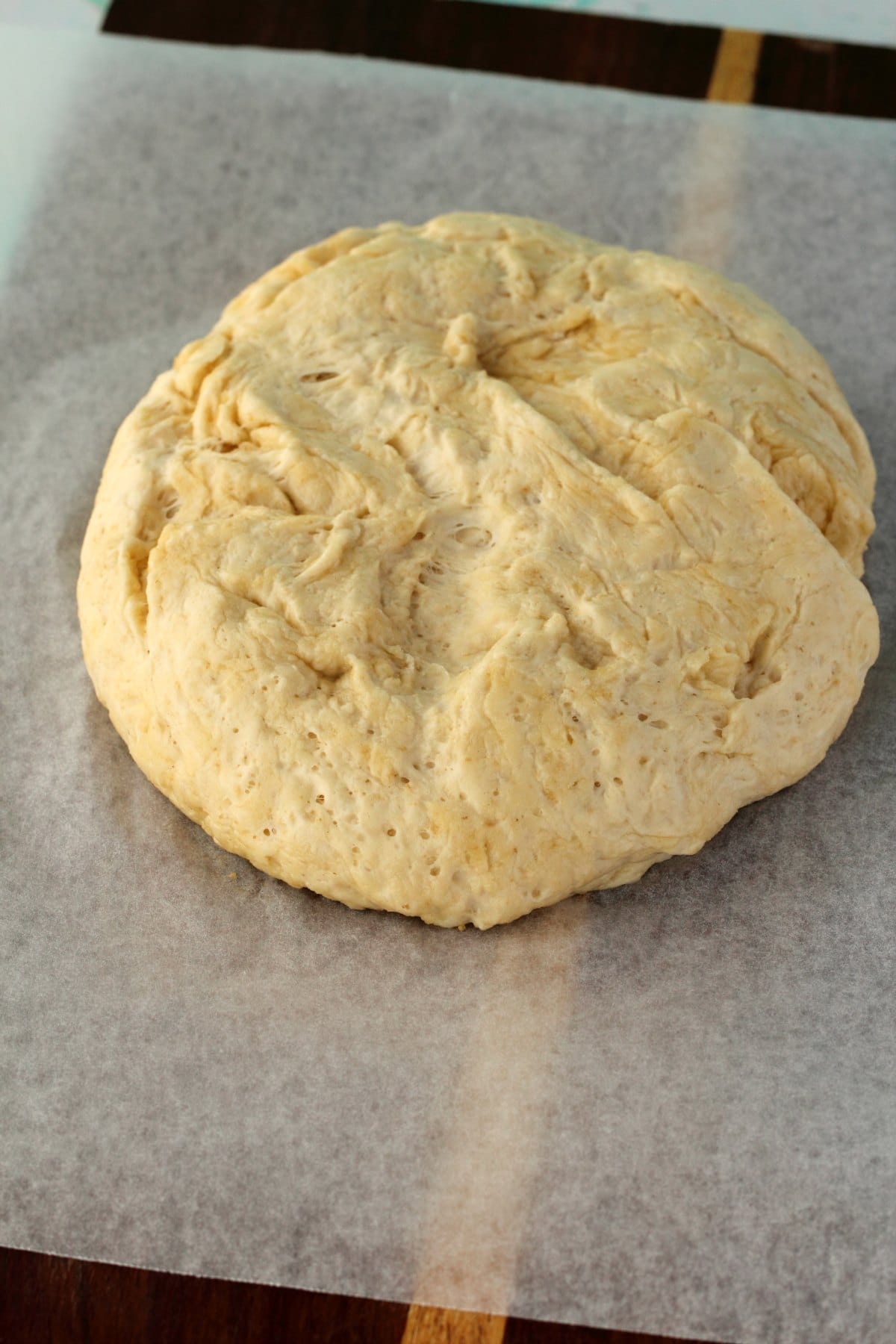 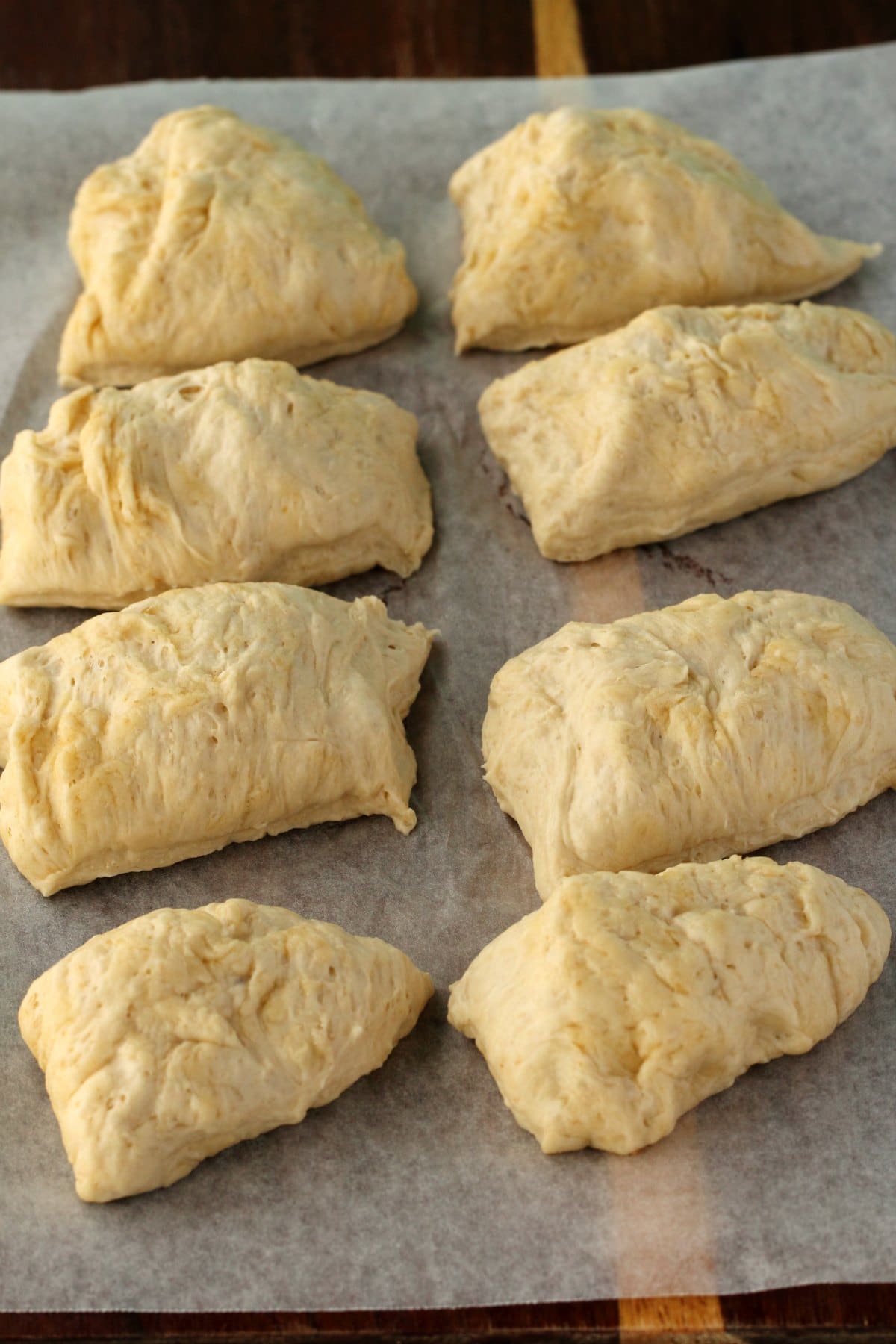 Then you divide the dough up into 8 pieces, roll each one out until it’s nice and thin and then fry it in a very hot pan with a teeny tiny bit of oil. 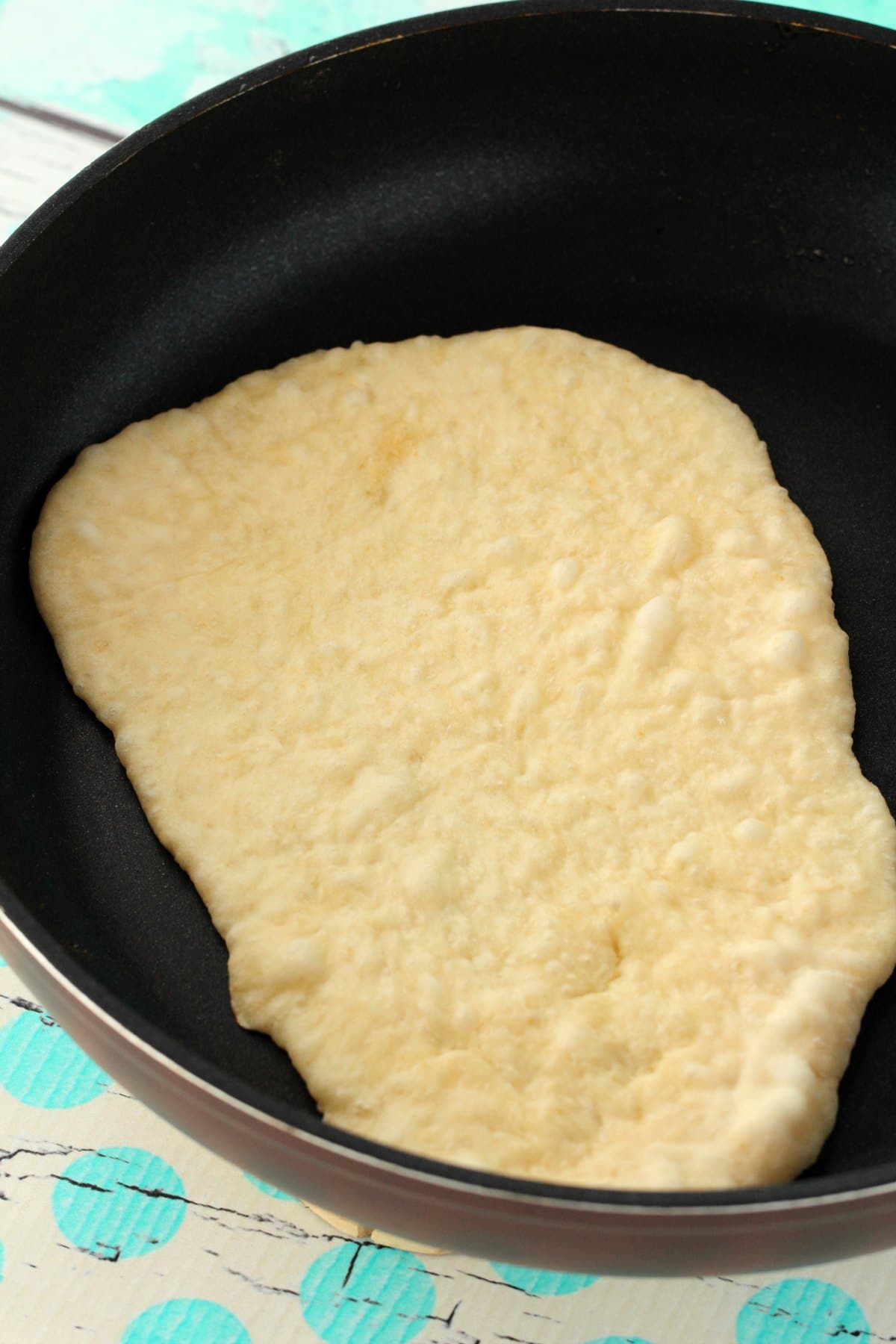 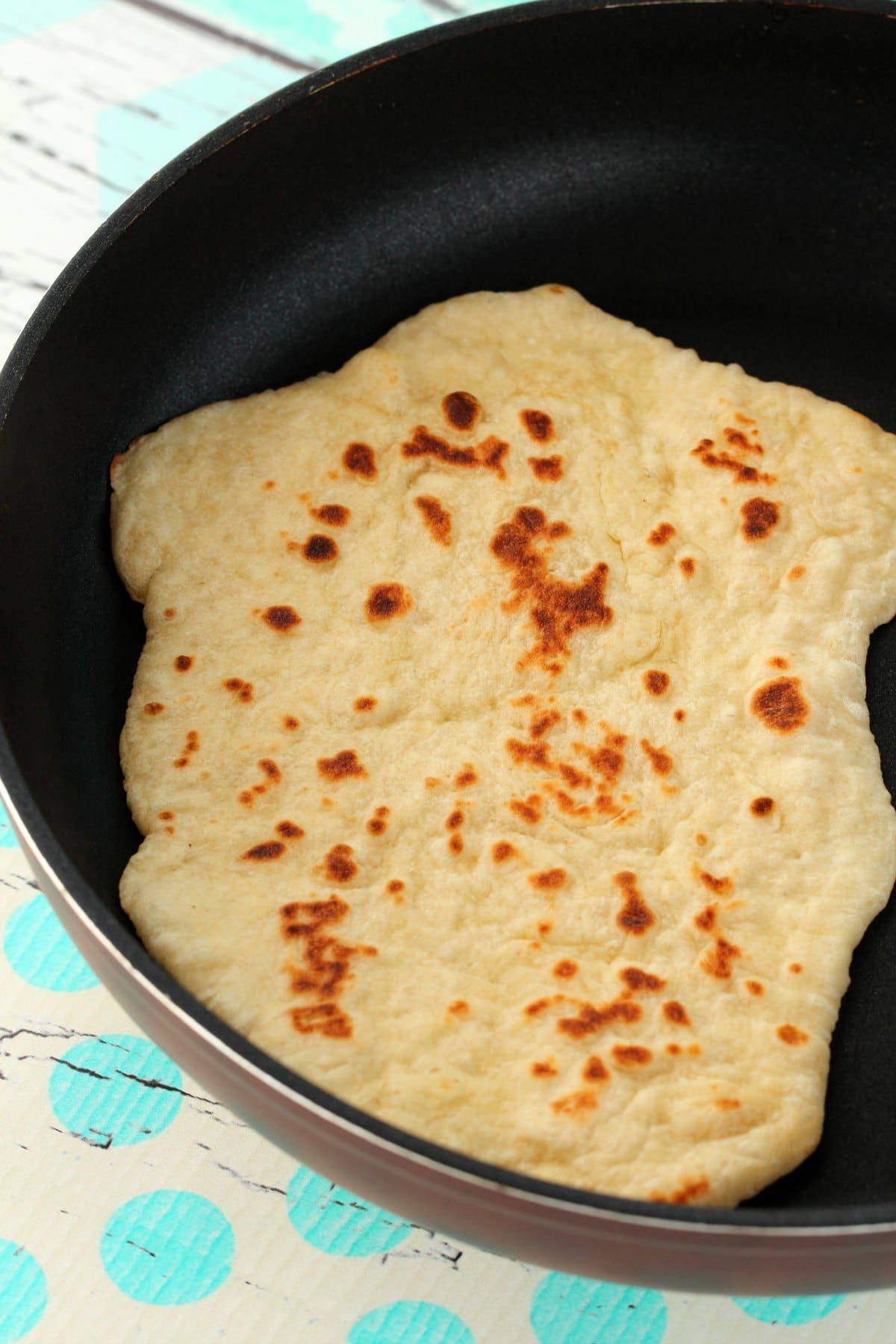 It only takes 2-3 minutes for the vegan naan breads to brown nicely on both sides, so the cooking part only takes around 20 minutes.

So all in all, you can have hot and delicious freshly made vegan naan breads within an hour (or a little over an hour) if you started right now!

I went with the easiest version of this recipe that I could, I didn’t want to add any bells and whistles because it’s not really necessary.

However, you can definitely fancy up these naan breads by adding crushed garlic or cilantro or even turn them into butter naans by brushing on some melted vegan butter and then adding a sprinkle of sea salt (yum!). 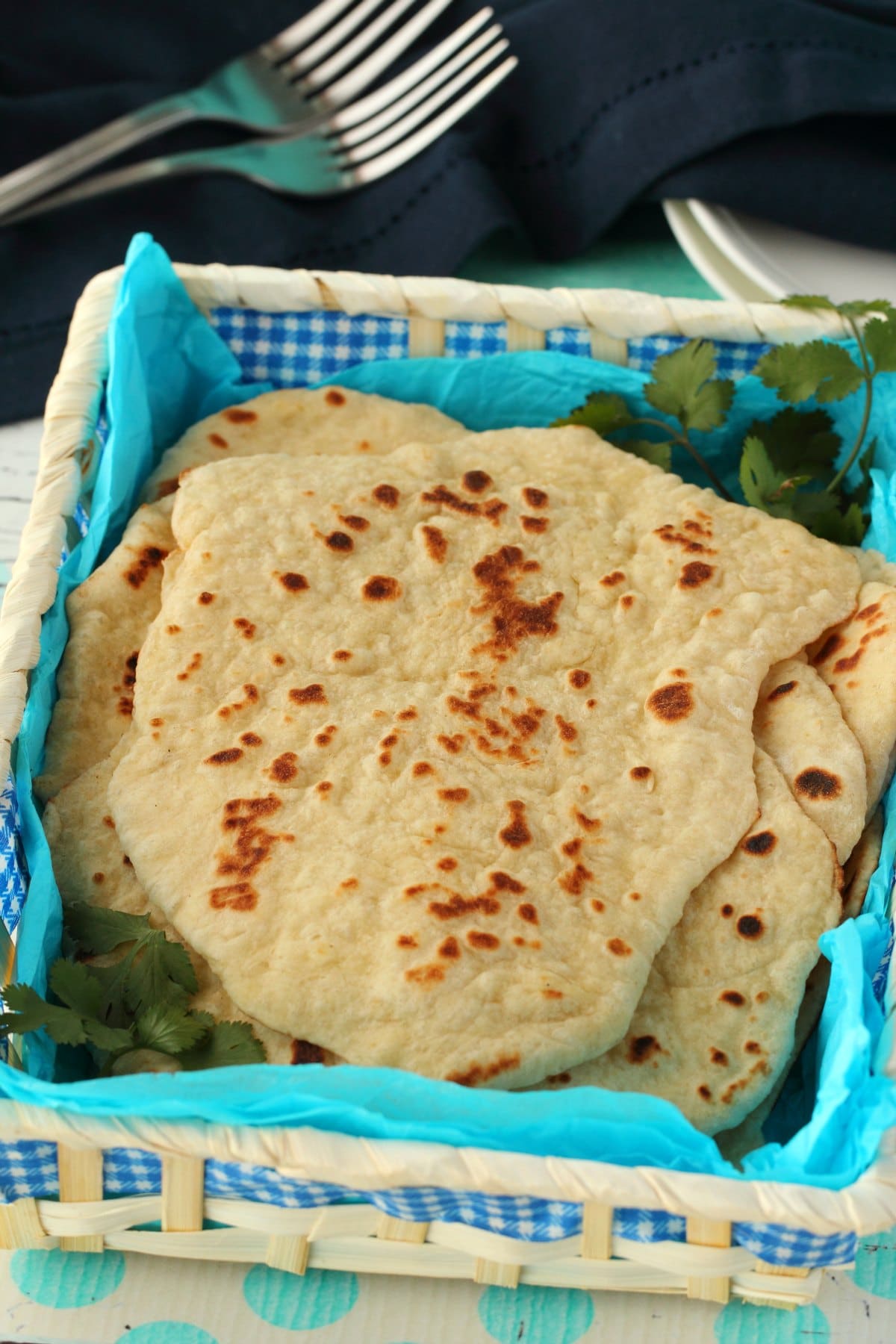 I hope you’ll love this vegan naan bread! It is:

Serve them nice and warm! If you have leftovers, store them at room temperature where they will stay good for up to 2 days. They’re easy to reheat, you can microwave them or warm them in the oven until heated through. 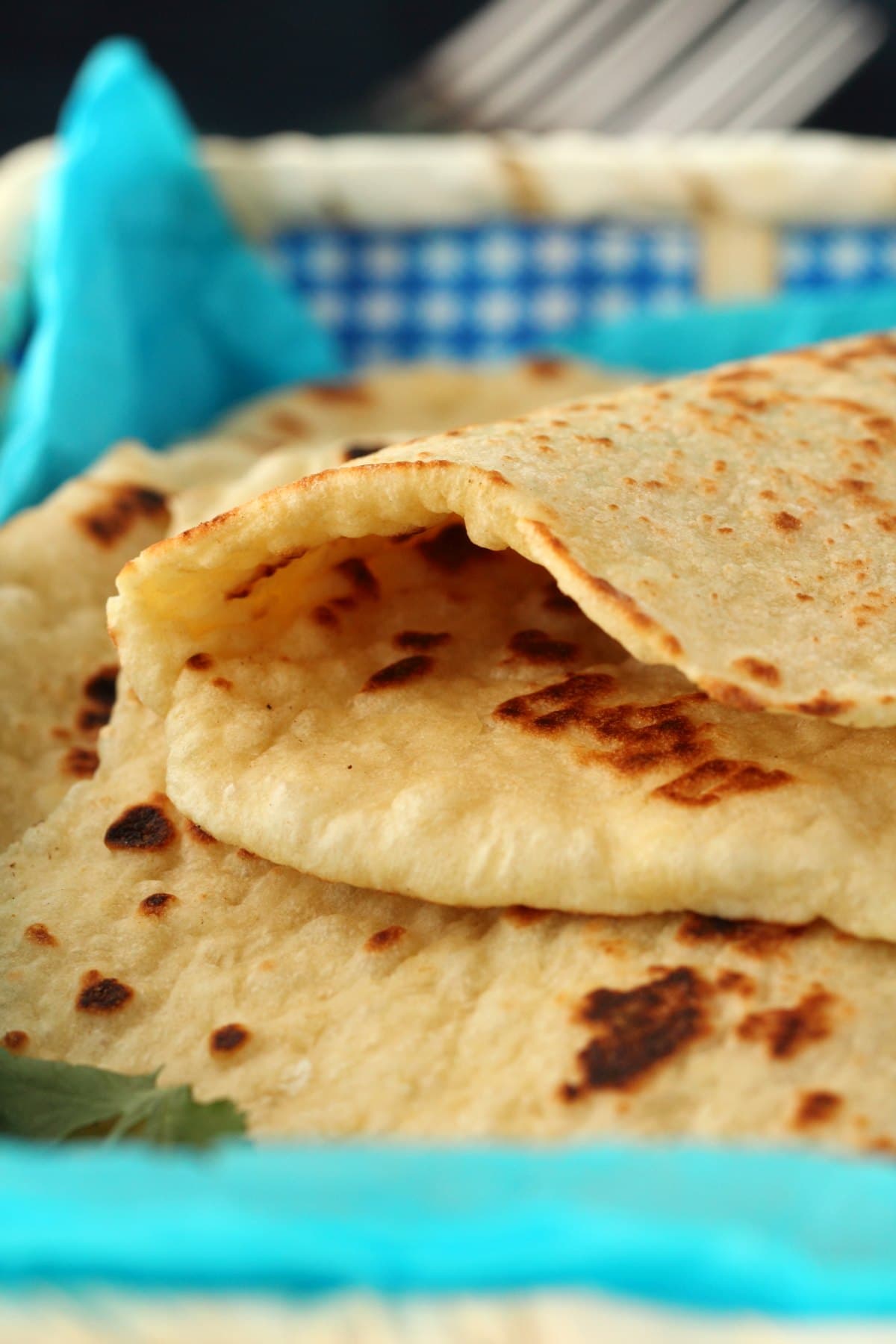 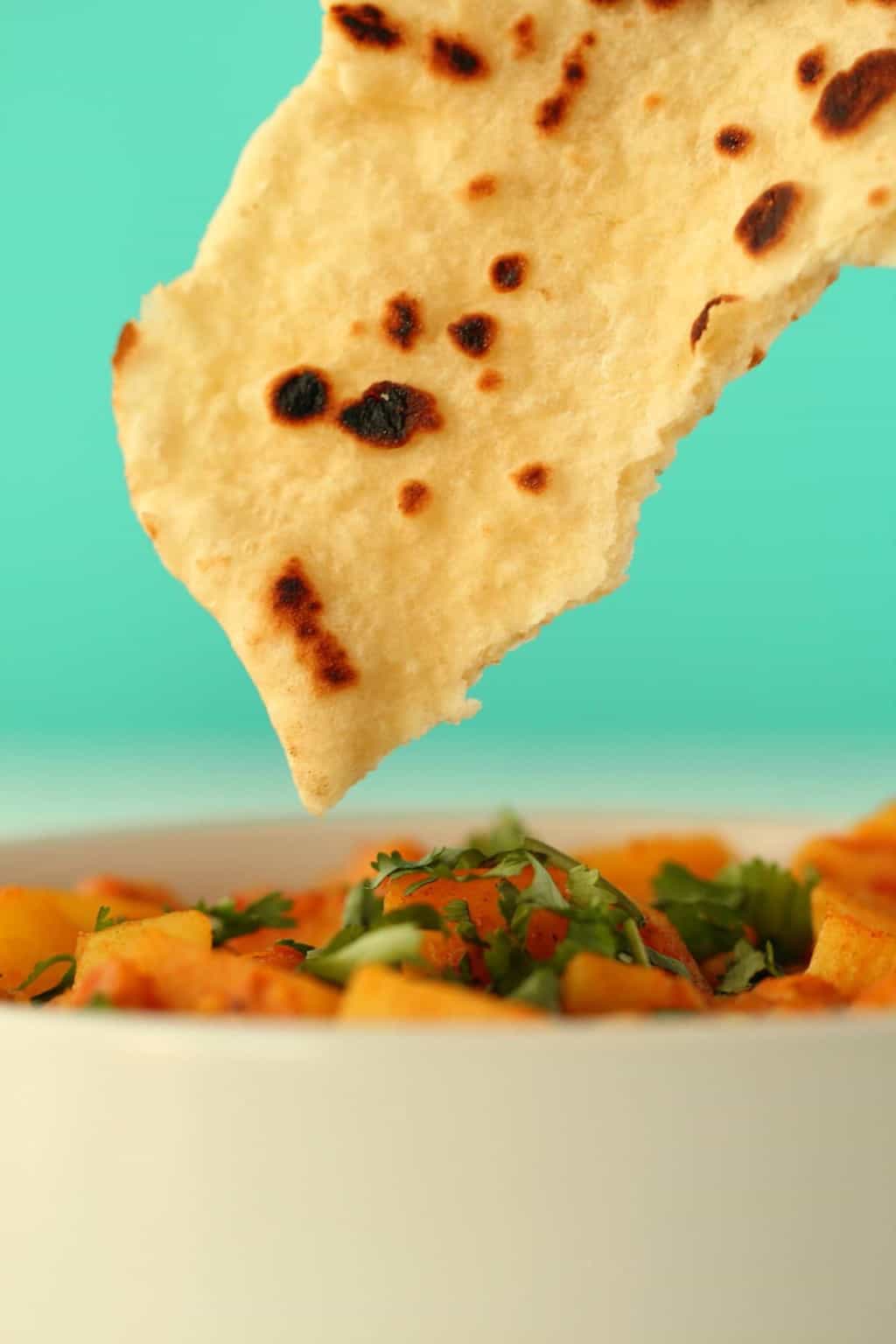 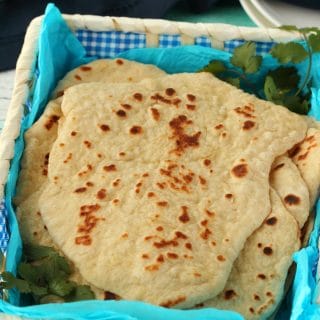