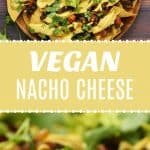 Ultra cheesy vegan nacho cheese. Creamy, rich and super simple to make, this is ideal as a dip for your tortilla chips or poured over nachos! It’s also gluten-free. 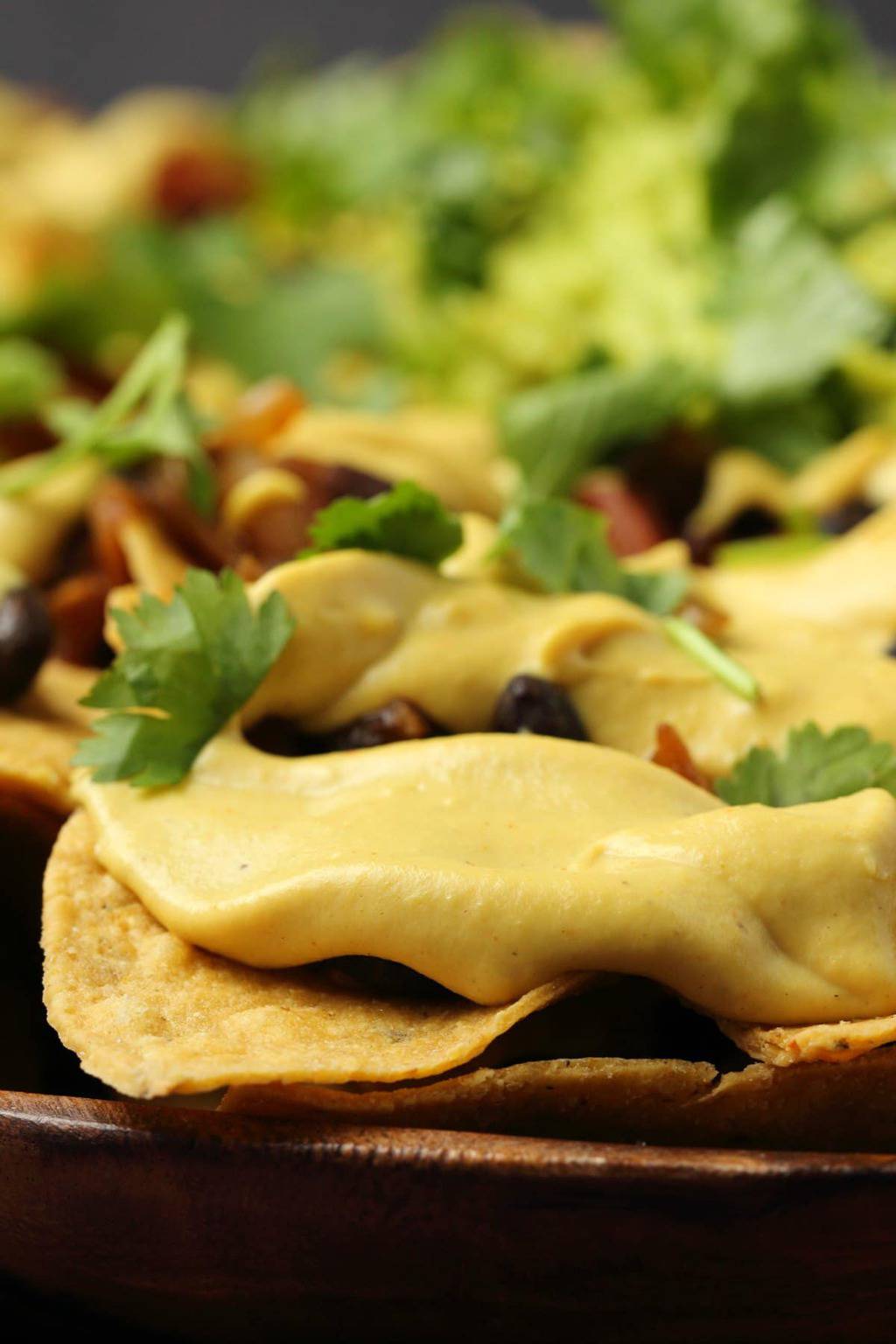 My mother’s non-vegan partner went nuts for this stuff when he happened to be visiting at the same time as we were testing this recipe.

So for anyone thinking this vegan cheese thing is only for vegans, think again. It’s for everyone you guys! 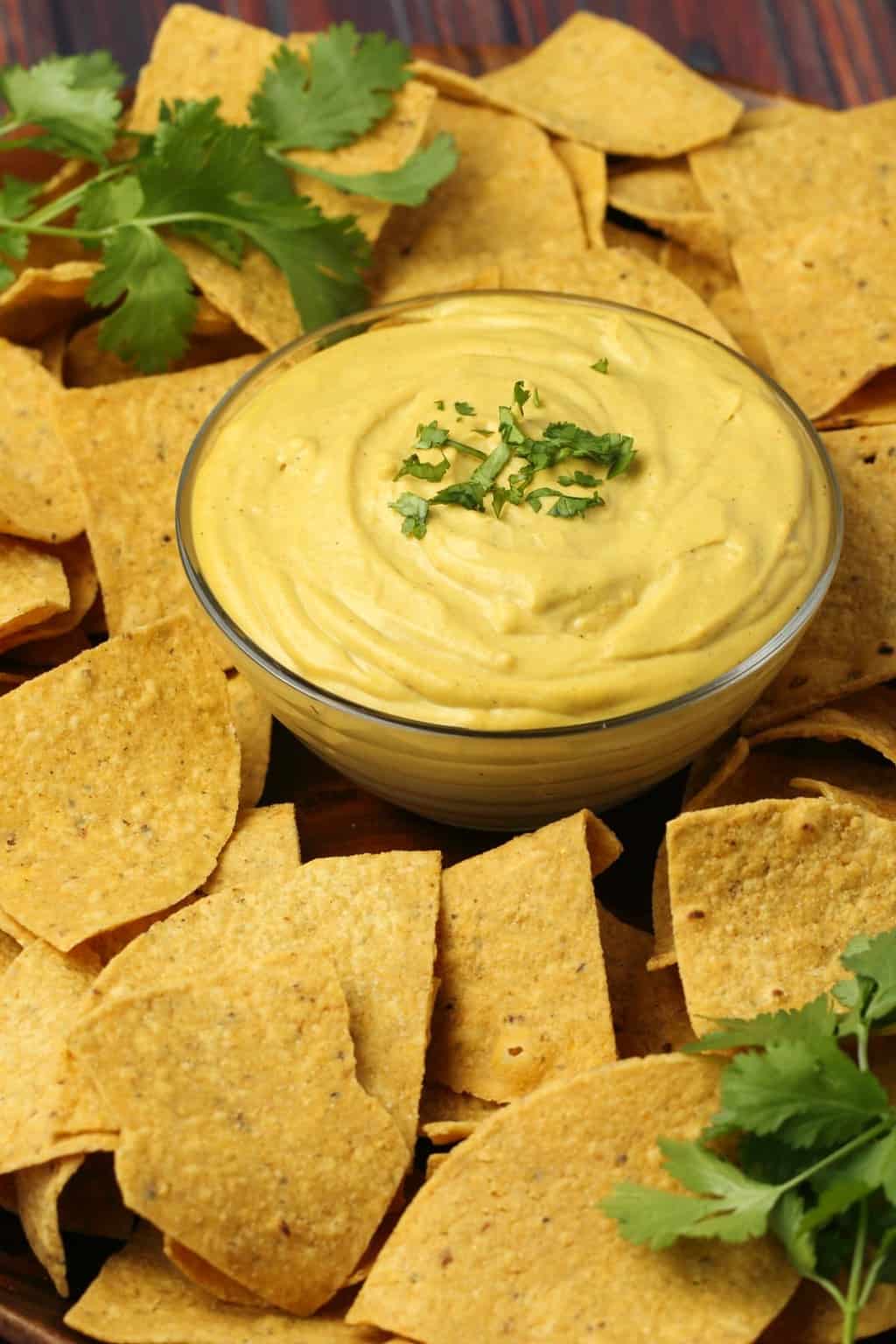 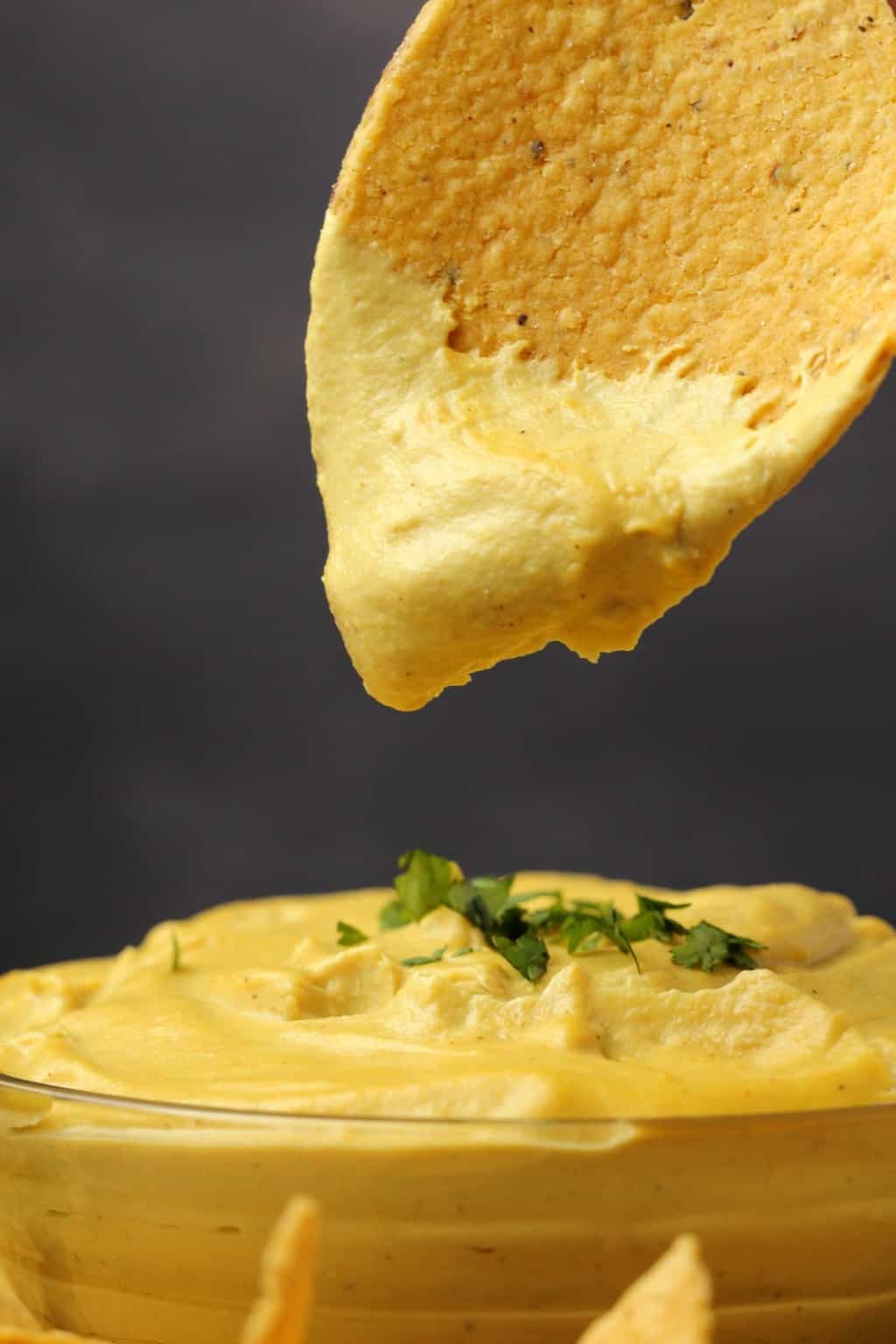 Whether you want to serve it as part of a fully loaded vegan nachos deal or just the super simple way with some tortilla chips is up to you. Either way is divine and we tried it both ways to make sure it was just perfect.

Now we have already made a vegan queso that was made very differently to this one.

I think both recipes are great options, and of course either one can be used for nachos, but if anything this version is even easier than our vegan queso, so there’s that. 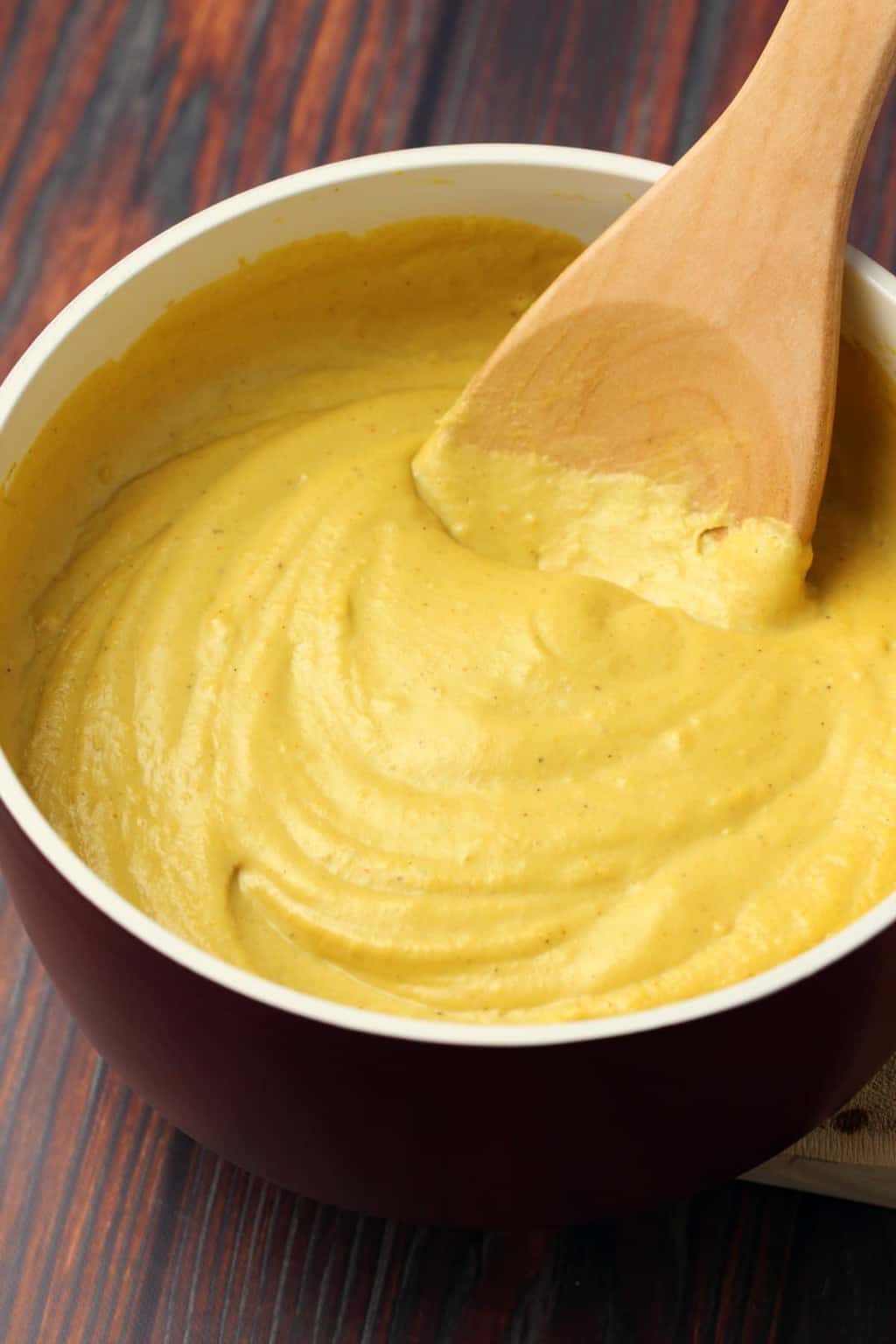 And after making this one I think it’s a better option for fully loaded vegan nachos.

But let’s stick to the topic at hand which is this truly divine vegan nacho cheese. 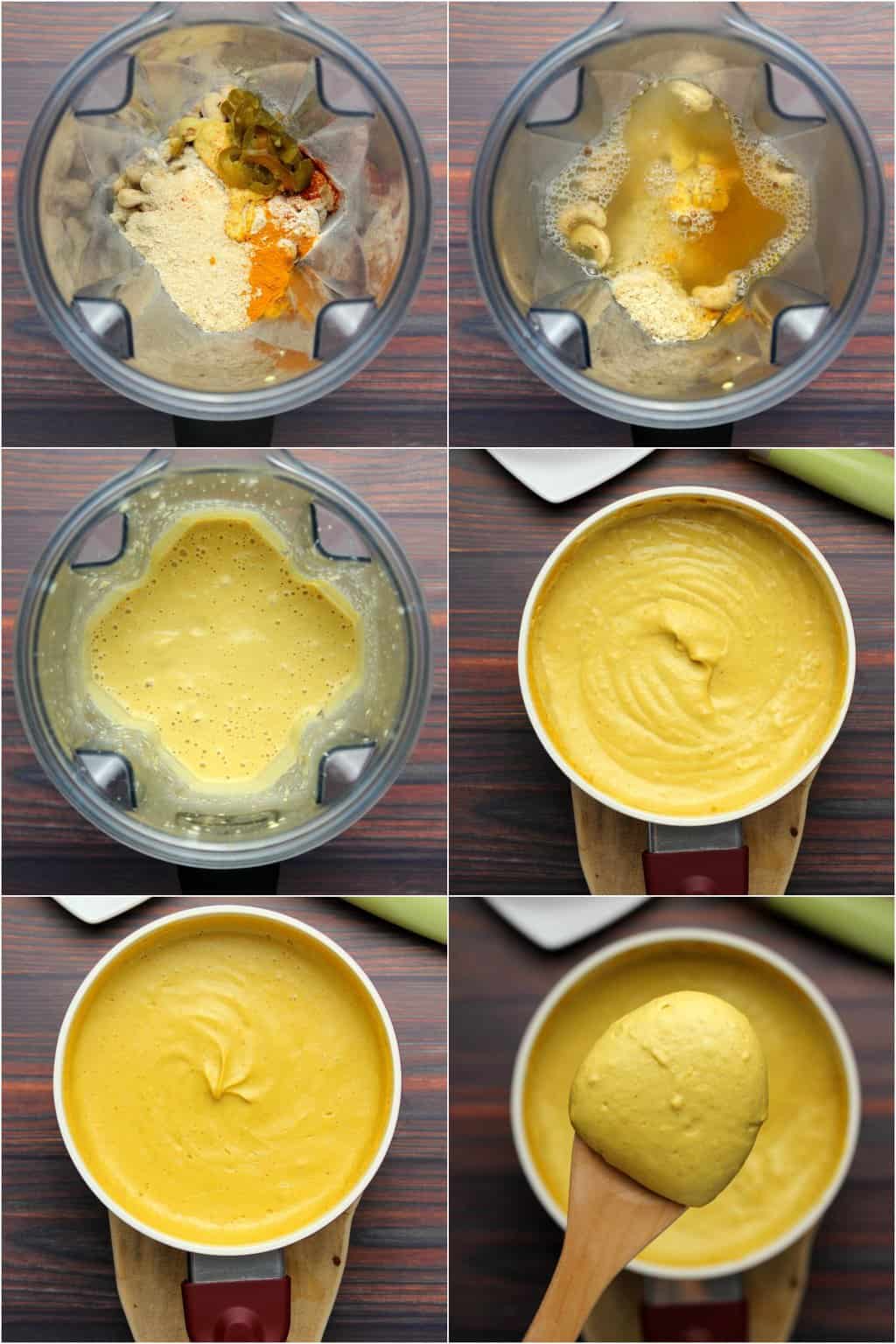 So how do you make vegan nacho cheese?

The recipe is crazy simple and is really a case of throwing everything into the blender, blending until smooth and then transferring to the stovetop to heat up.

Heating it up on the stove thickens it up quite a lot but while it’s hot it’s still pourable if you want to pour it over your nachos. If you want to serve it as a dip, then just transfer to a dish and serve!

You can also just play it by ear and if you think it’s a little on the thick side, then add a little water while heating and whisk it in.

It’s definitely preferable to have it a little too thick, which is easily fixed, rather than too thin, which is not.

If it cools then it thickens more, so if it has cooled down and then you want to pour it over nachos, you will need to reheat it and add a little water and whisk it up so that it is the right consistency.

If you’re serving a fully loaded nacho plate, then some black beans, salsa, guacamole and cilantro are great additions to your vegan nacho cheese for a super delicious dish. 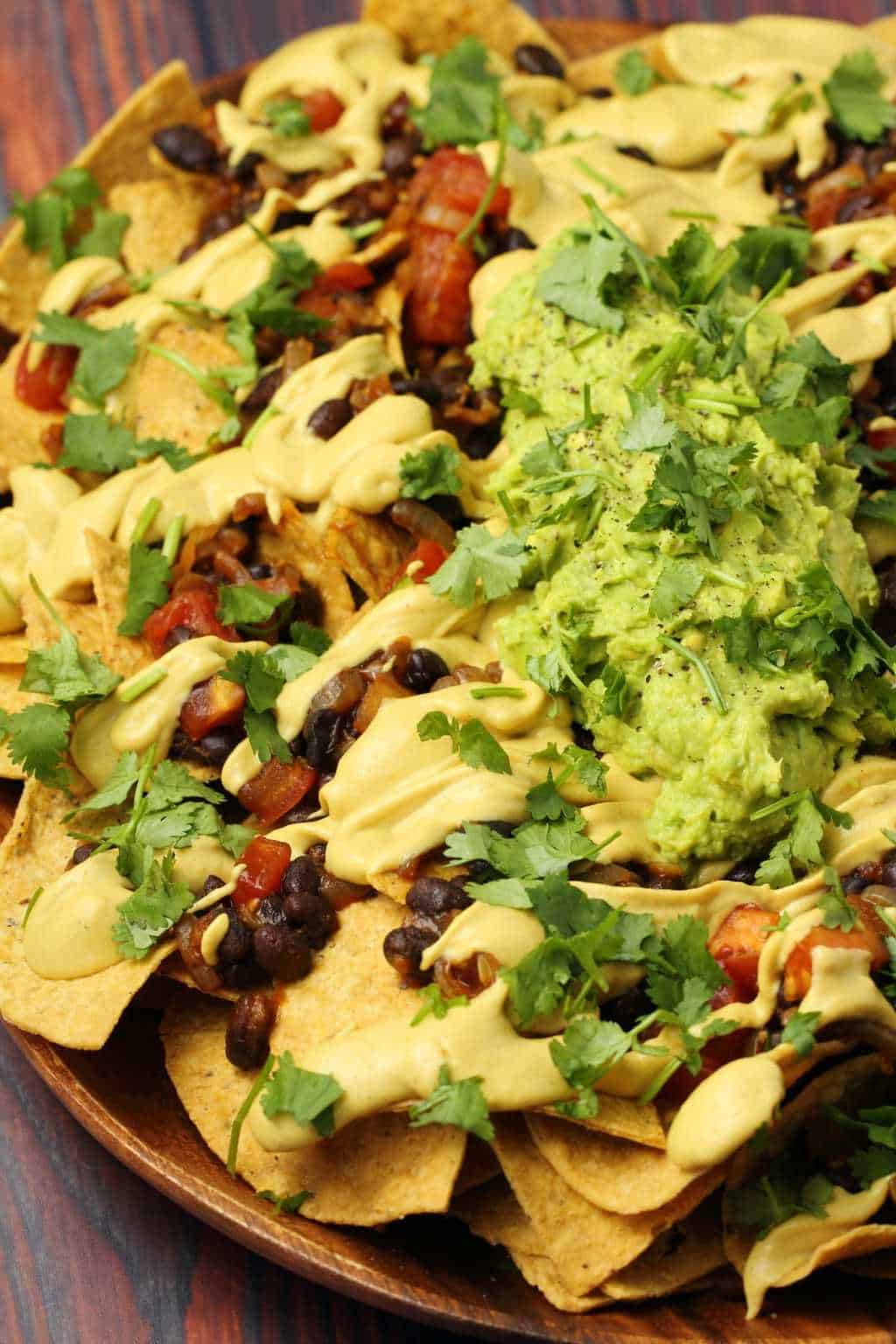 Just in case you’re not convinced that this nacho cheese is a must to try, here are 6 reasons you will love it! It is:

Keep leftovers in the fridge and enjoy over the next few days. It will thicken when cold so reheat on the stove if you want it to be pourable, whisking in some water as needed to get to the right consistency. 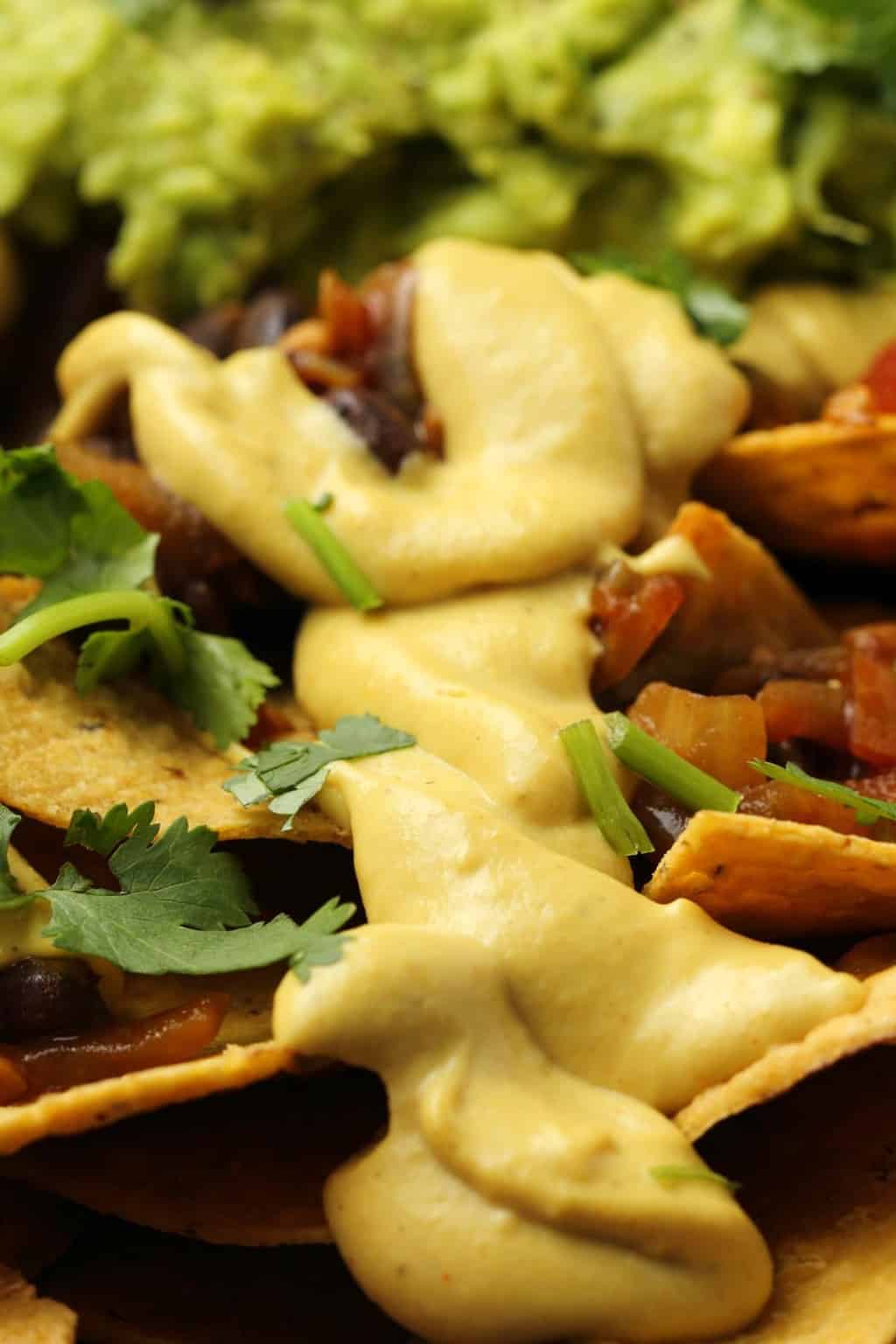 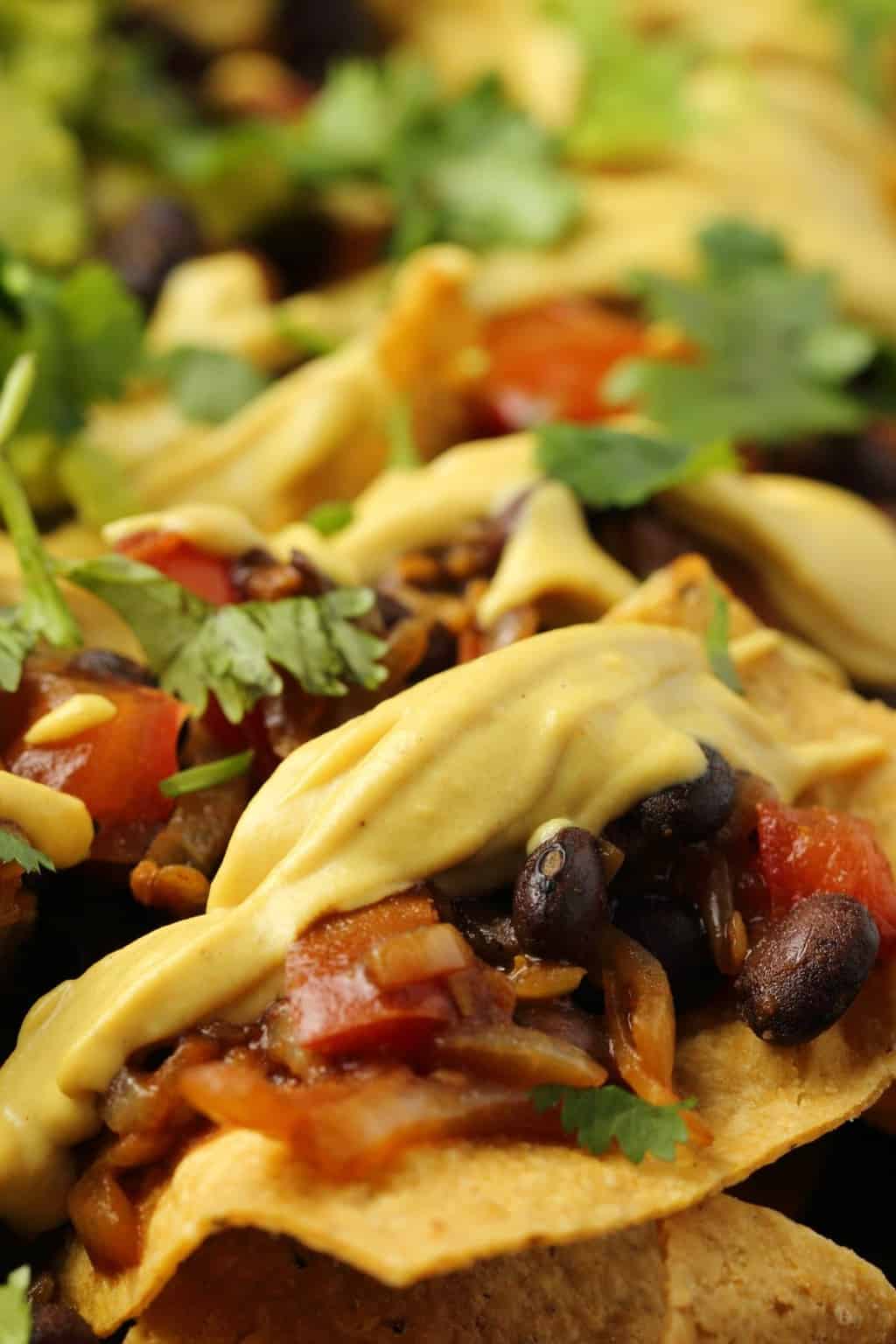 Sign up to our email list for a delicious vegan dinner recipes ebook containing 10 awesome recipes (completely free) and you’ll also be the first to know when new recipes are posted to the blog. 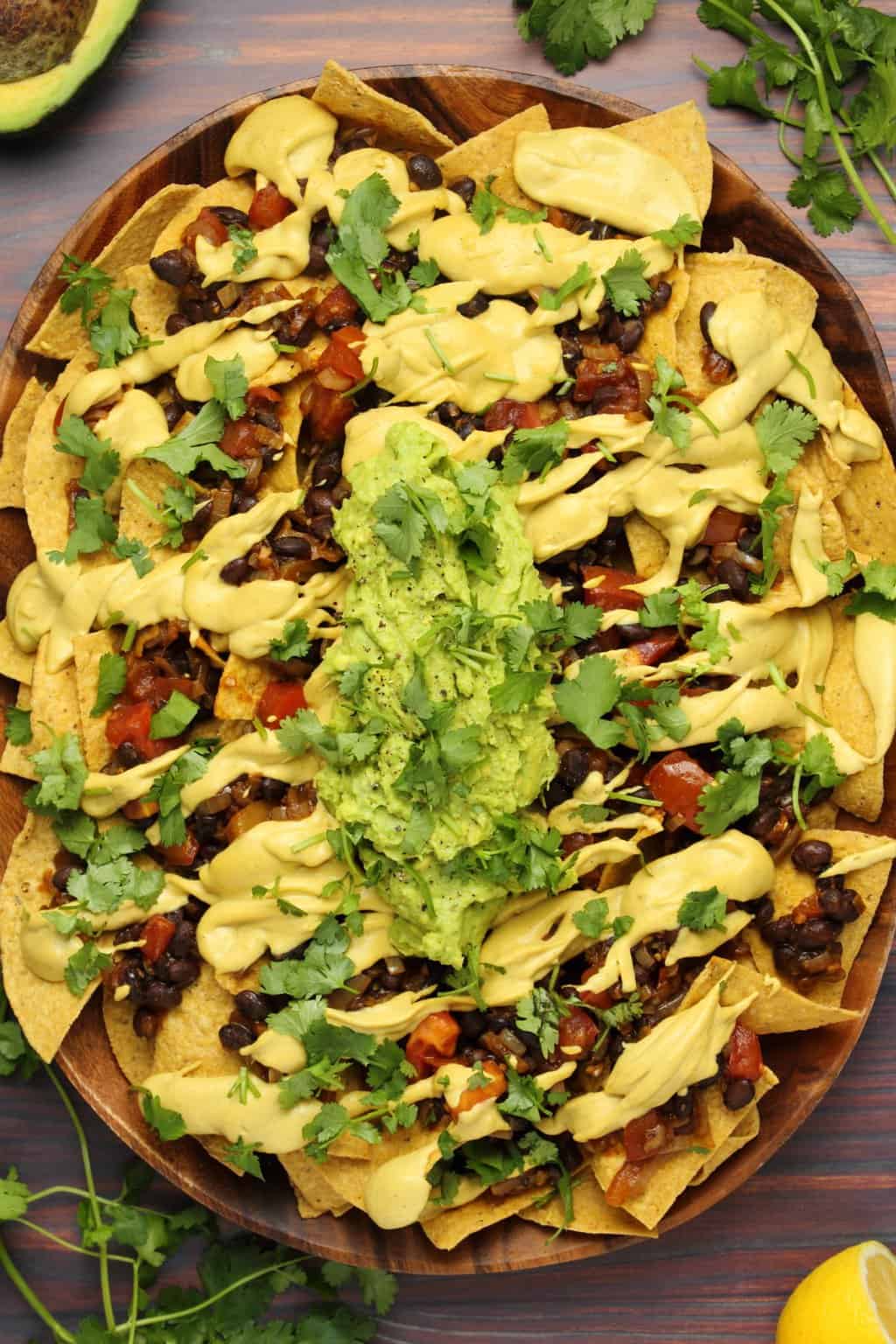 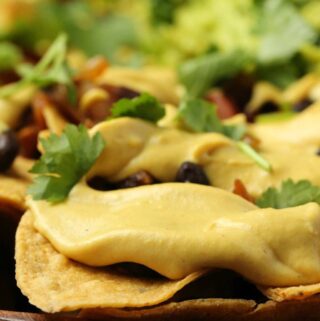