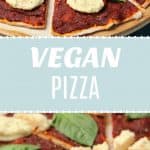 Simple vegan pizza recipe that is thin and perfectly crispy, delicious with any toppings and better than restaurant quality! 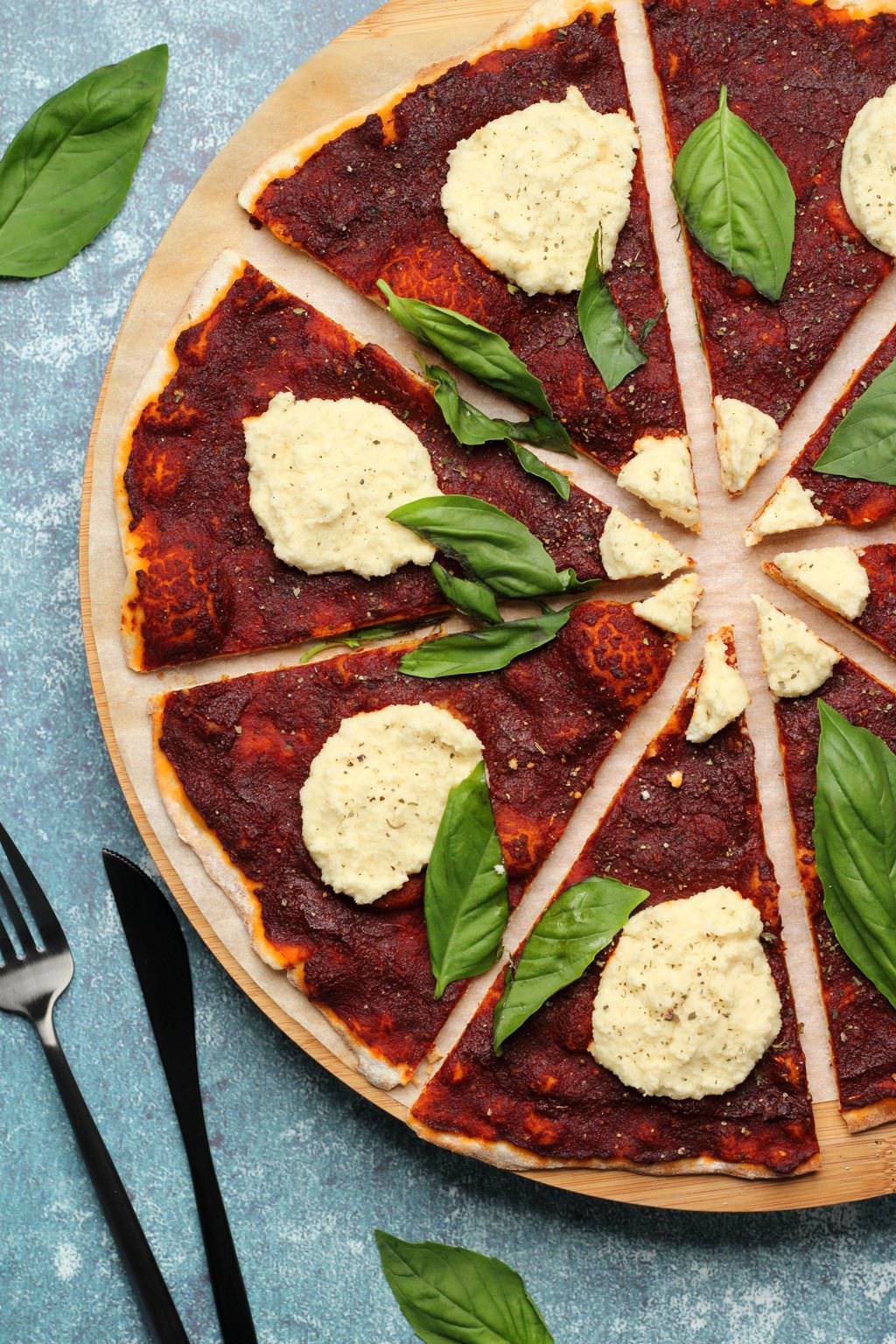 This is my favorite vegan pizza in the world.

Well, my favorite pizza base, because the toppings can chop and change and I don’t mind a bit.

This pizza base is thin, crispy and so delicious you’ll be wanting to make your own homemade pizza all the time.

I really love pizza but sometimes it has been a challenge to get a good vegan one from a restaurant. There are good ones out there for sure but it can be inconsistent.

When you make it yourself though, it’s perfect every time. 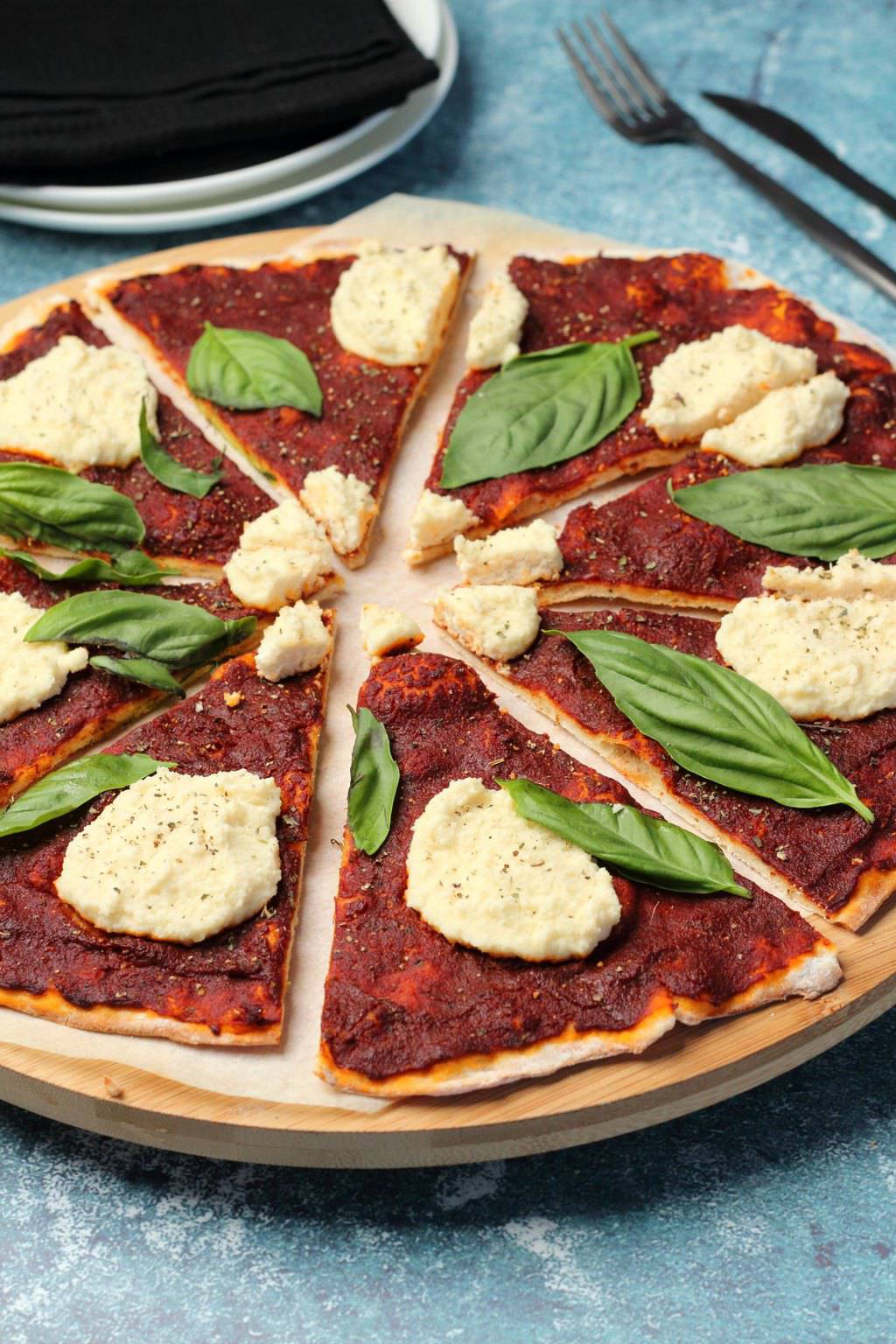 How to make vegan pizza dough

Add all purpose flour, salt and instant yeast to a mixing bowl. Add warm (not hot) water and mix into a dough.

Then flour your hands and start kneading the dough, adding more flour as you go until the dough is no longer tacky and sticking to your hands.

It takes around 3-5 minutes depending on how strong your hands are. It usually takes me 5 minutes but I’ve realized my hands are not the strongest.

Then you place the dough back into the mixing bowl, cover with a cloth and leave to rise for an hour. It should rise a visible amount but don’t worry if it’s not a big rise.

As you can see from the photos below, ours had only a small rise.

As long as there is some rise, you are good to go after an hour. The amount of rise has never affected the desired end result which is a thin, crispy perfect pizza base. 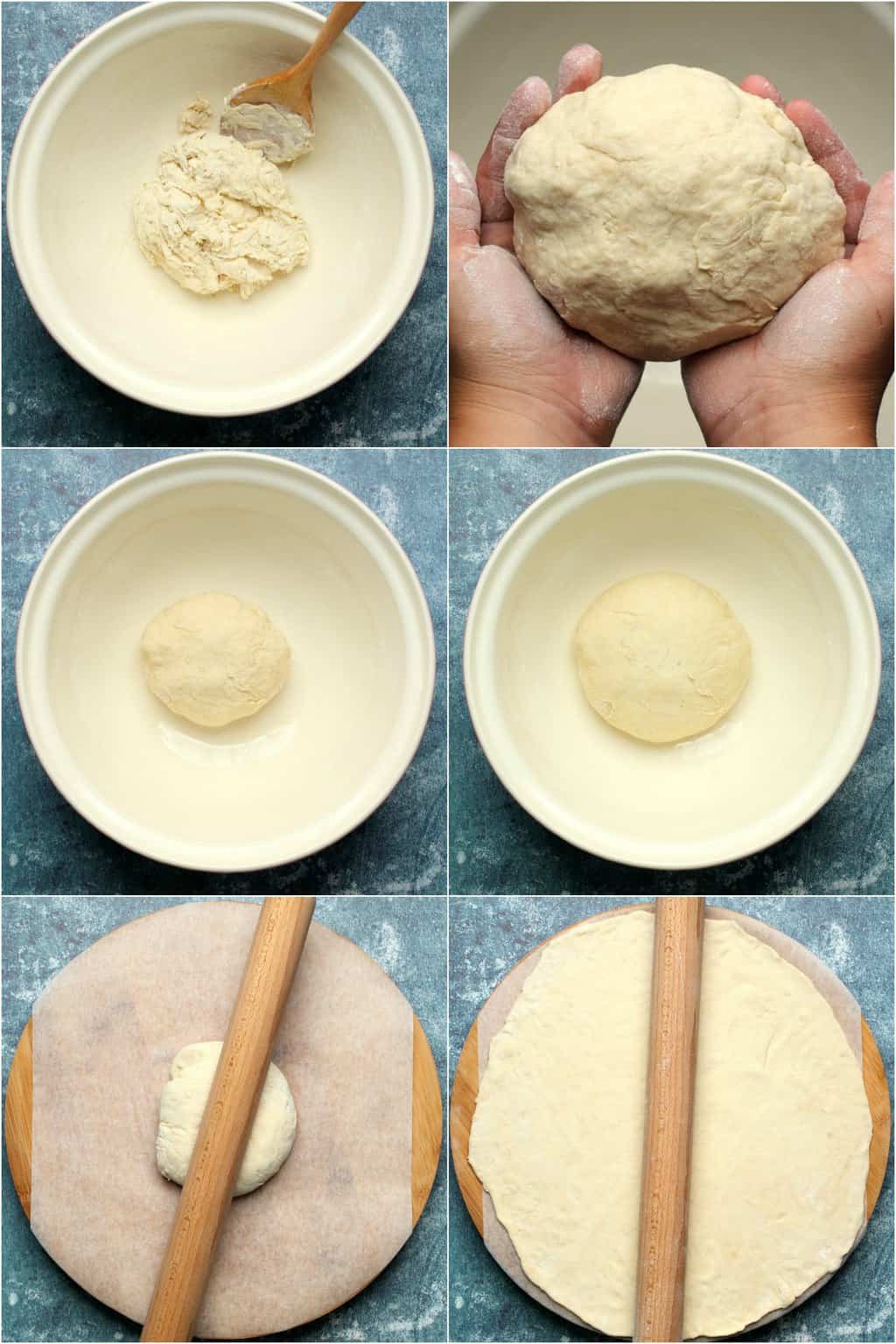 Then you just want to divide your ball of dough into two, without squashing it or compressing it, just break it in half.

Then you roll out your dough into a perfect round for your pizza.

The tomato sauce is a super simple 5-ingredient recipe that is totally divine spread on pizza.

It’s a mix of tomato paste, olive oil, dried oregano, salt and black pepper. Mix it all together and spread over the uncooked pizza base.

Then add your toppings! 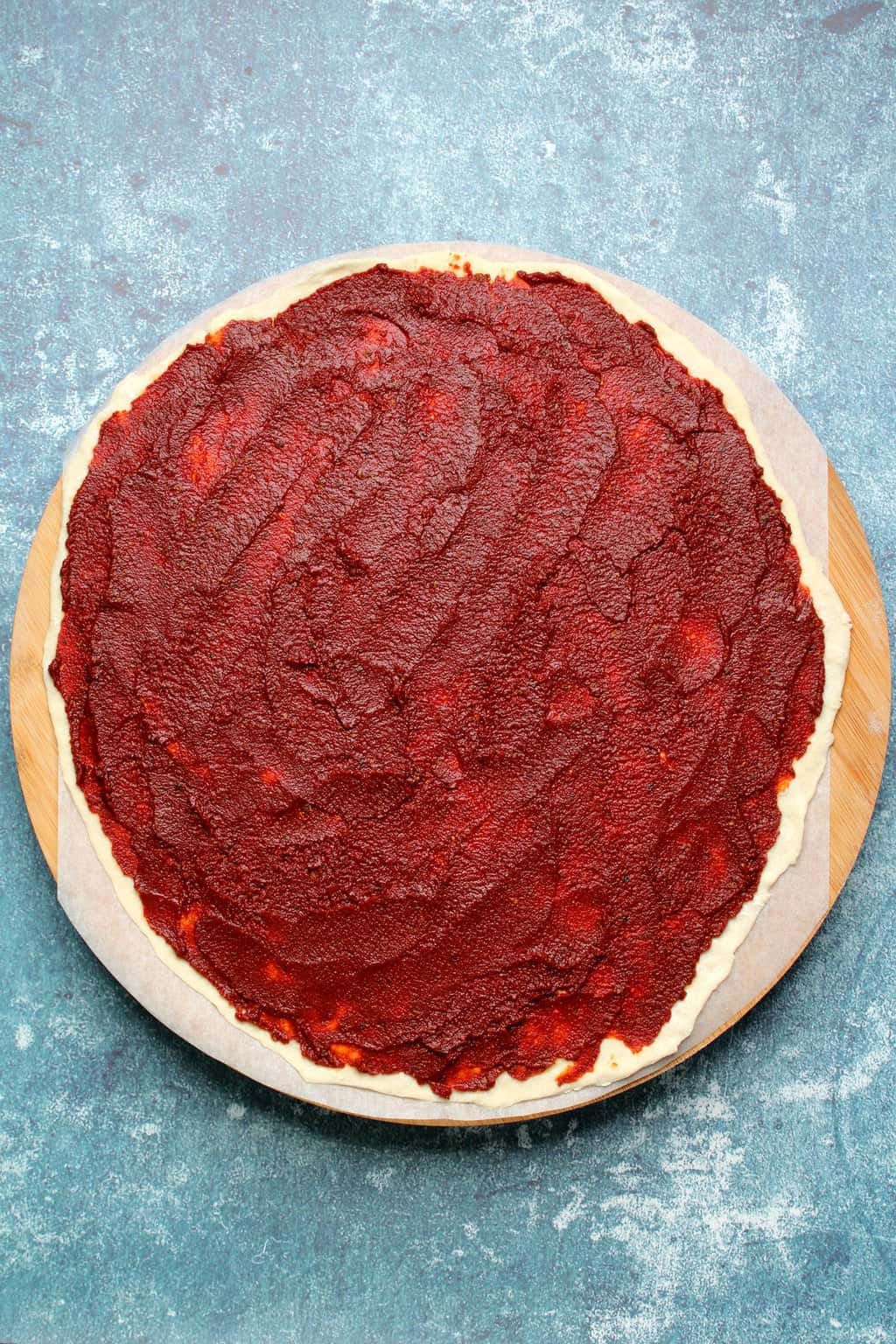 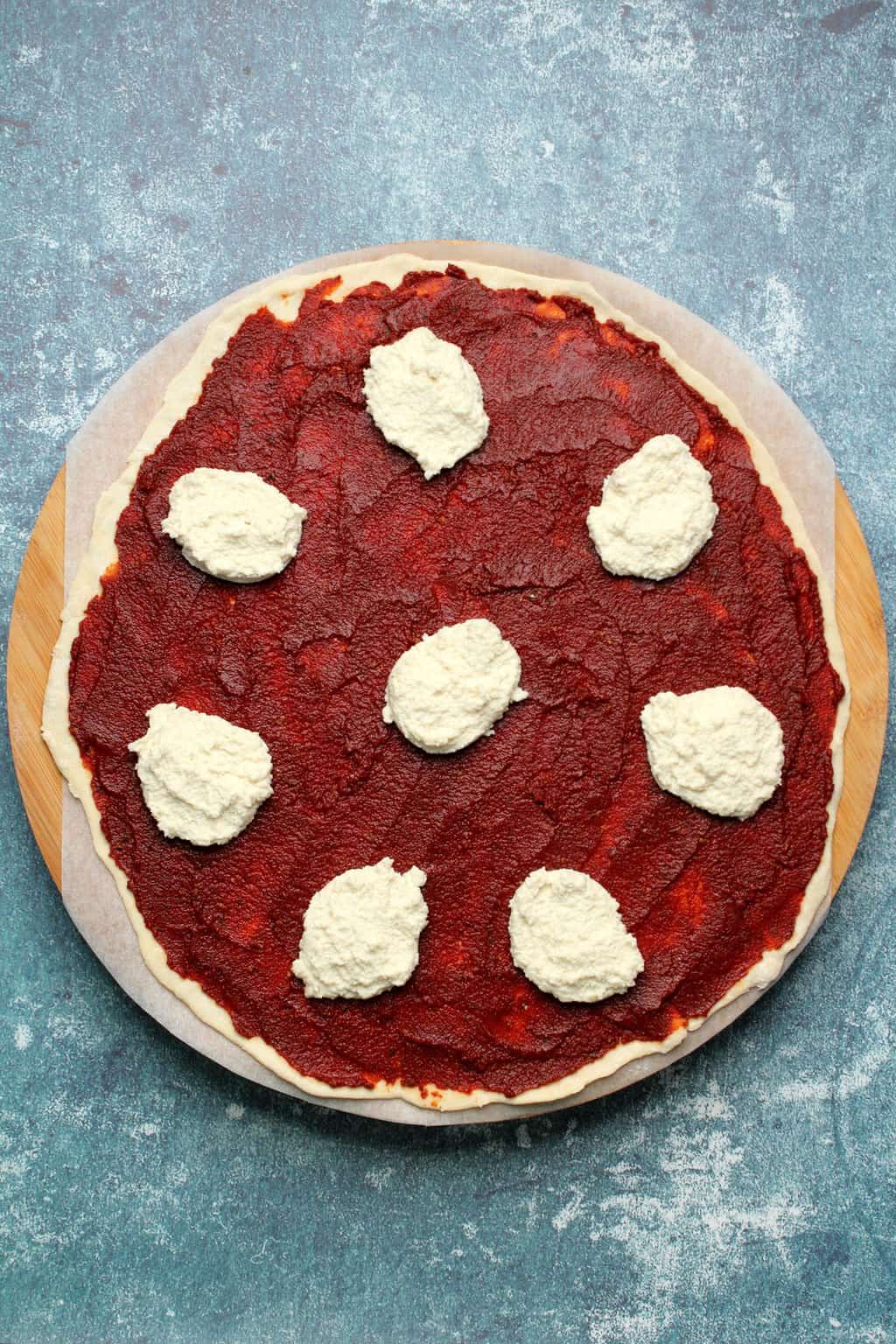 There is one crucial ingredient to making the best vegan pizza and that is a pizza stone. Yes you just have to have one!

I tried all kinds of pizza recipes and none of them worked out until we bought a pizza stone. It has been the best investment in pizza making that there is!

If you don’t have a pizza oven, and let’s face it, how many people have one of those, then a pizza stone is the next best thing. You can have better than restaurant quality pizzas so long as you have a pizza stone.

We have one from Ceramic Chef (not an affiliate link) and I highly recommend it. Amazon sells them as well, but not this particular one that we use, which is the round pizza stone.

But if you prefer to buy on Amazon then they do have a rectangular Ceramic Chef pizza stone, though I’m sure any pizza stone will probably do the job.

How to Store Vegan Pizza

Leftovers keep perfectly well just like all pizza! Keep it in the fridge and enjoy it cold or reheated the next day or over the next 3 days. 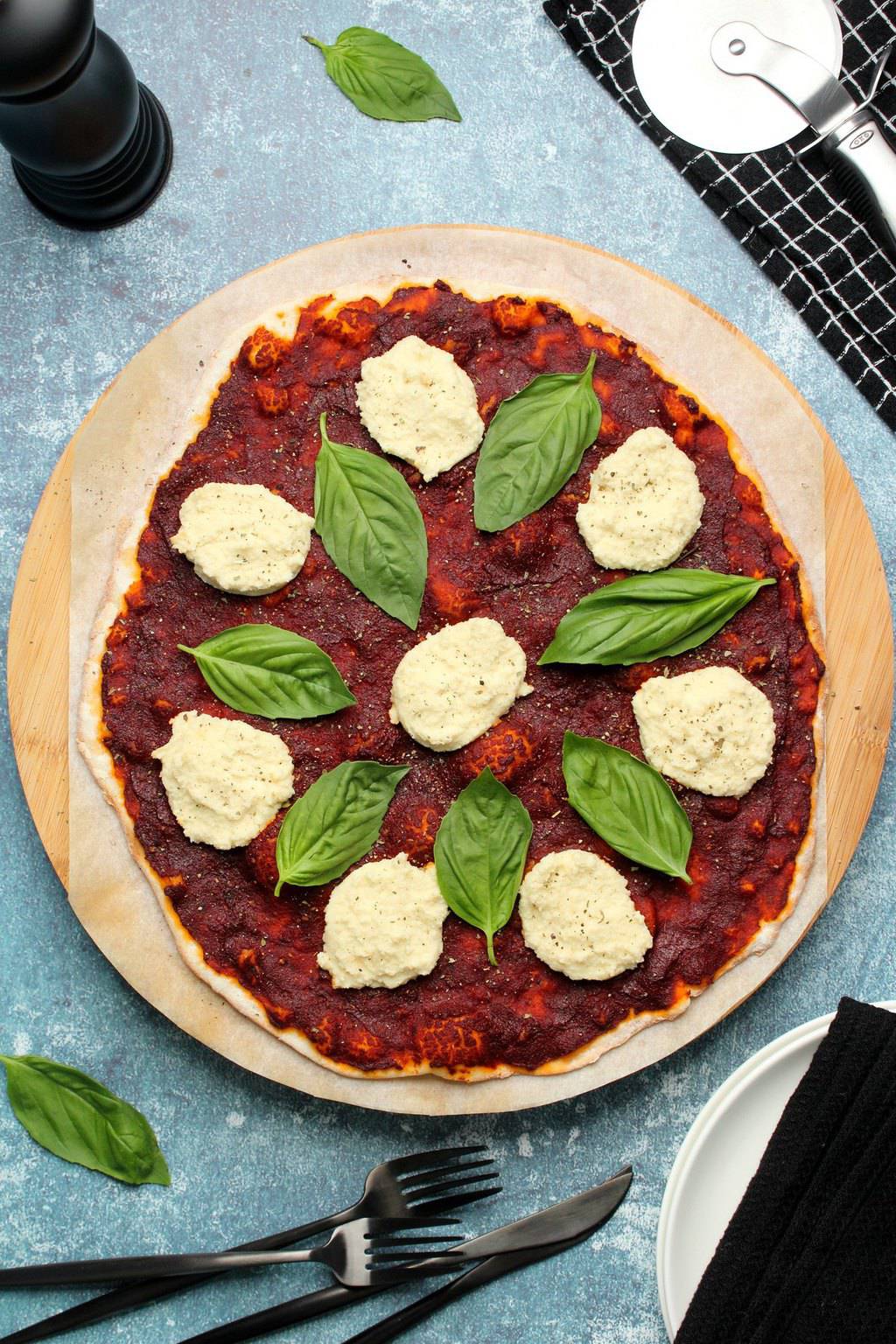 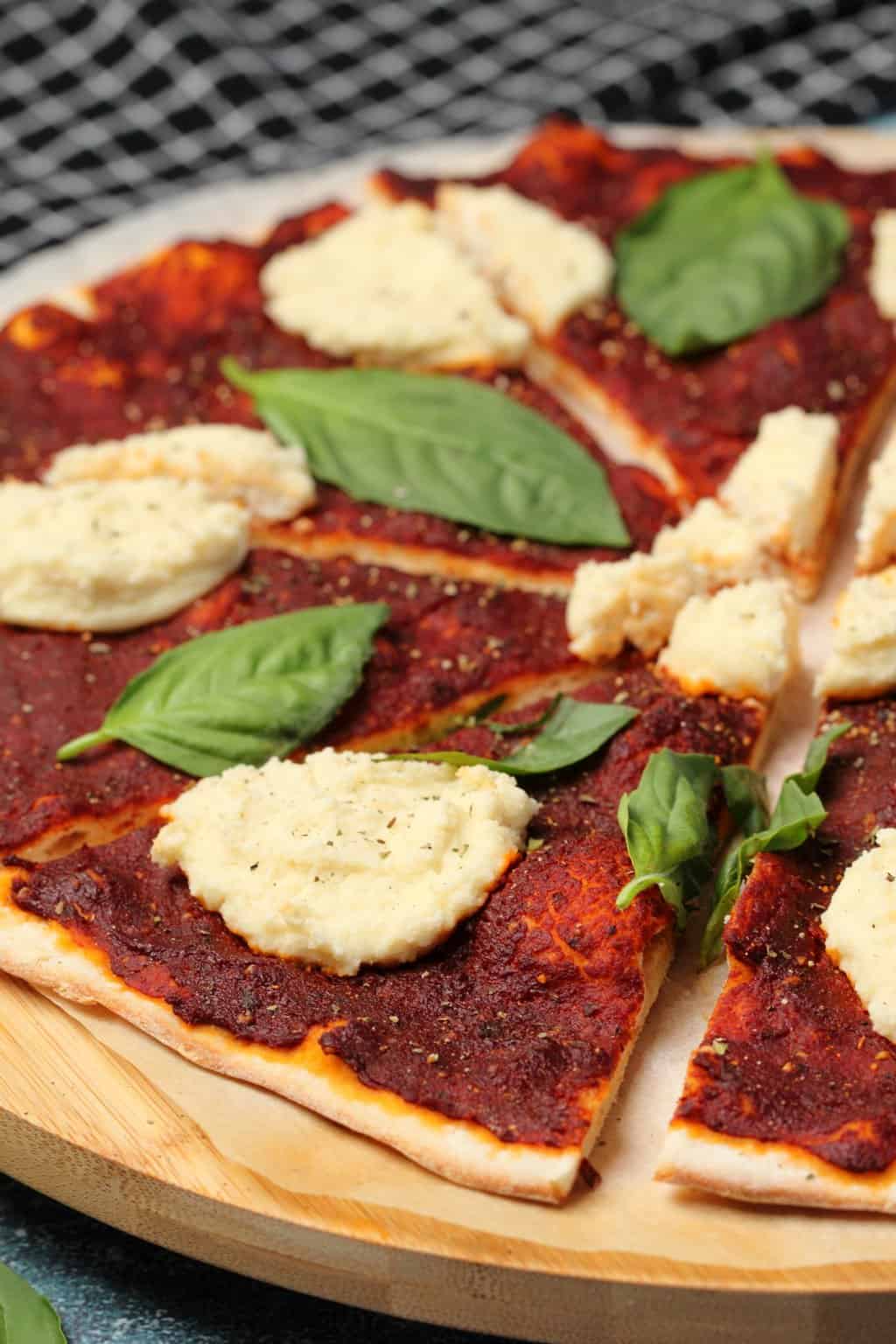 We have other pizza recipes on this blog, but since we love our pizza base so much, the base is the same, it’s just the toppings that vary. 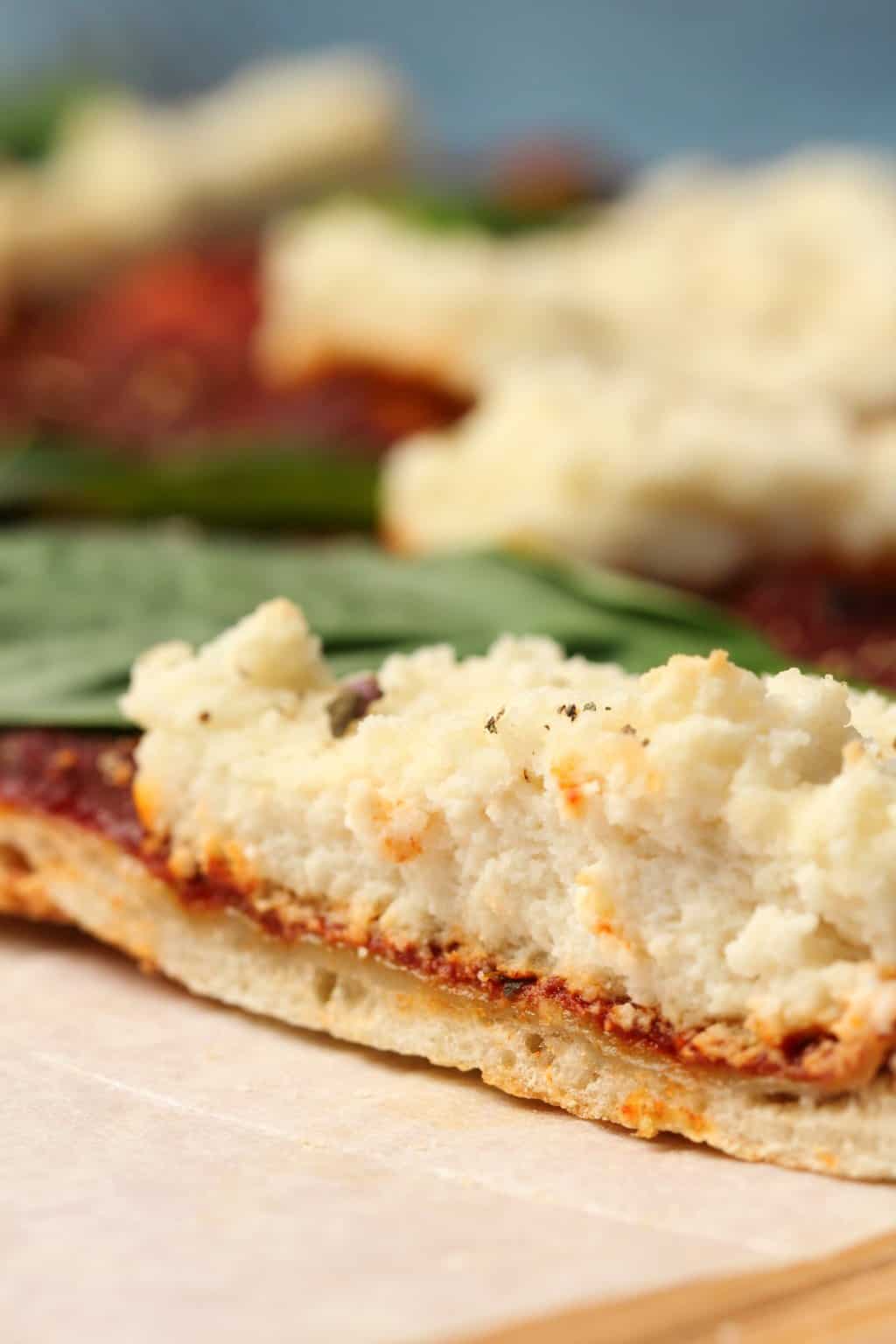 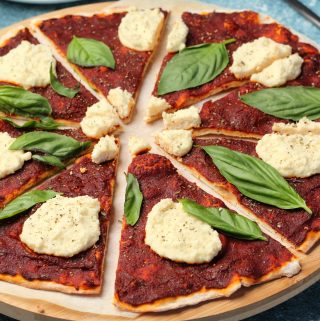 For the Vegan Pizza Dough:

For the Pizza Sauce: