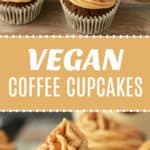 These vegan coffee cupcakes are deliciously coffee flavored and topped with a coffee buttercream frosting. Perfectly moist and and totally divine! 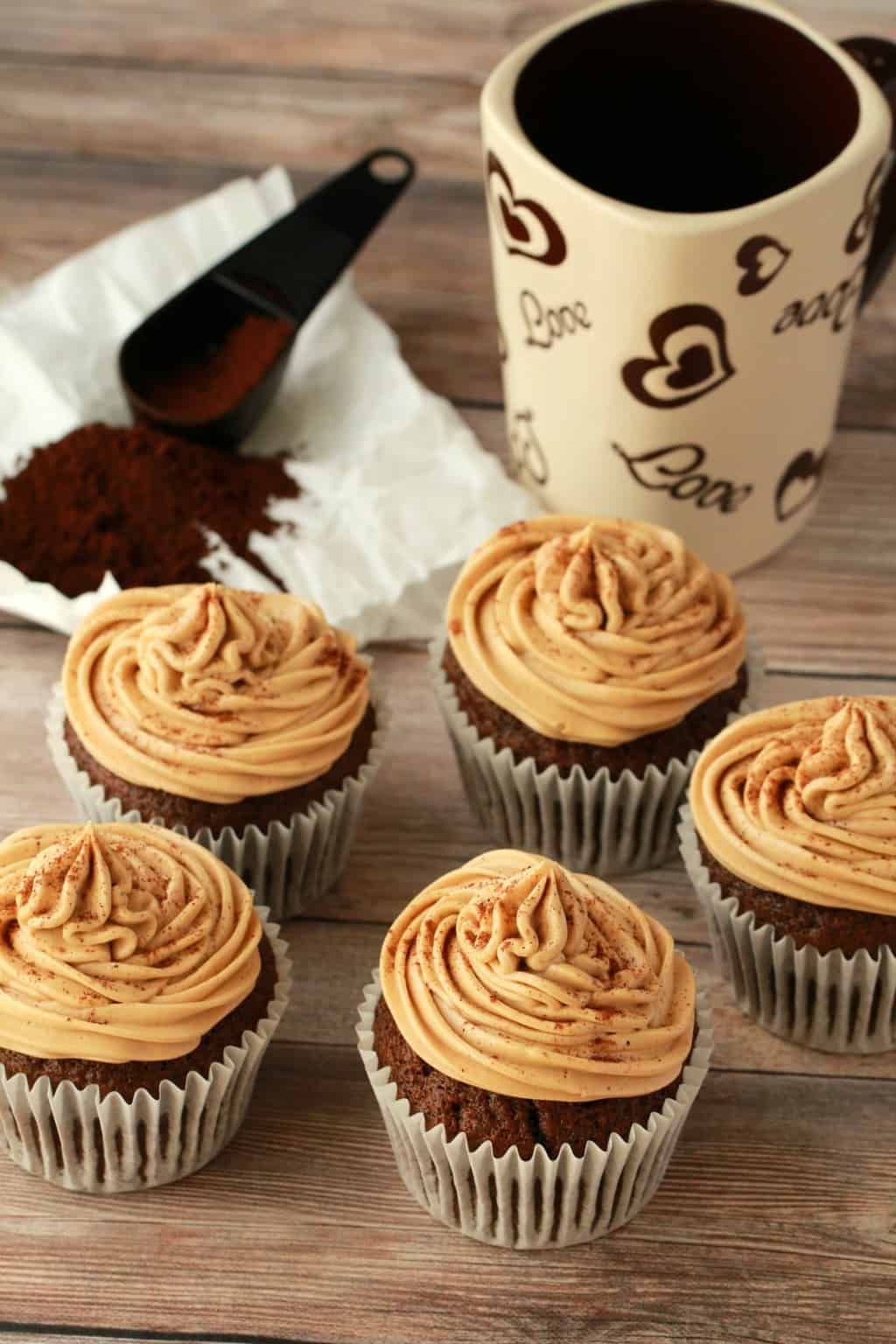 Oh wow, these vegan coffee cupcakes with coffee buttercream turned out better than I ever expected!

And the color was a surprise! I was expecting the cupcakes themselves to have more of a light color, more like the color of the frosting. But no, this is a deep dark rich brown.

I did use quite a lot of coffee in these though. Well, I don’t know if you’d agree that it was a lot. I used three tablespoons of a nice strong blend of instant coffee so I imagine each cupcake is around equal to a cup of instant coffee.

And then I used another tablespoon of instant coffee in the frosting!

So the coffee flavor is strong with these guys! But not too strong. I think it’s a perfect flavor blend. They’re unmistakably coffee flavored without being overpowering.

And then I couldn’t tell you why, but the addition of coffee to the frosting seemed to make it super creamy! Like more creamy than frosting has ever been before.

And it just worked so well as a topping for these cupcakes. Like coffee and cream! 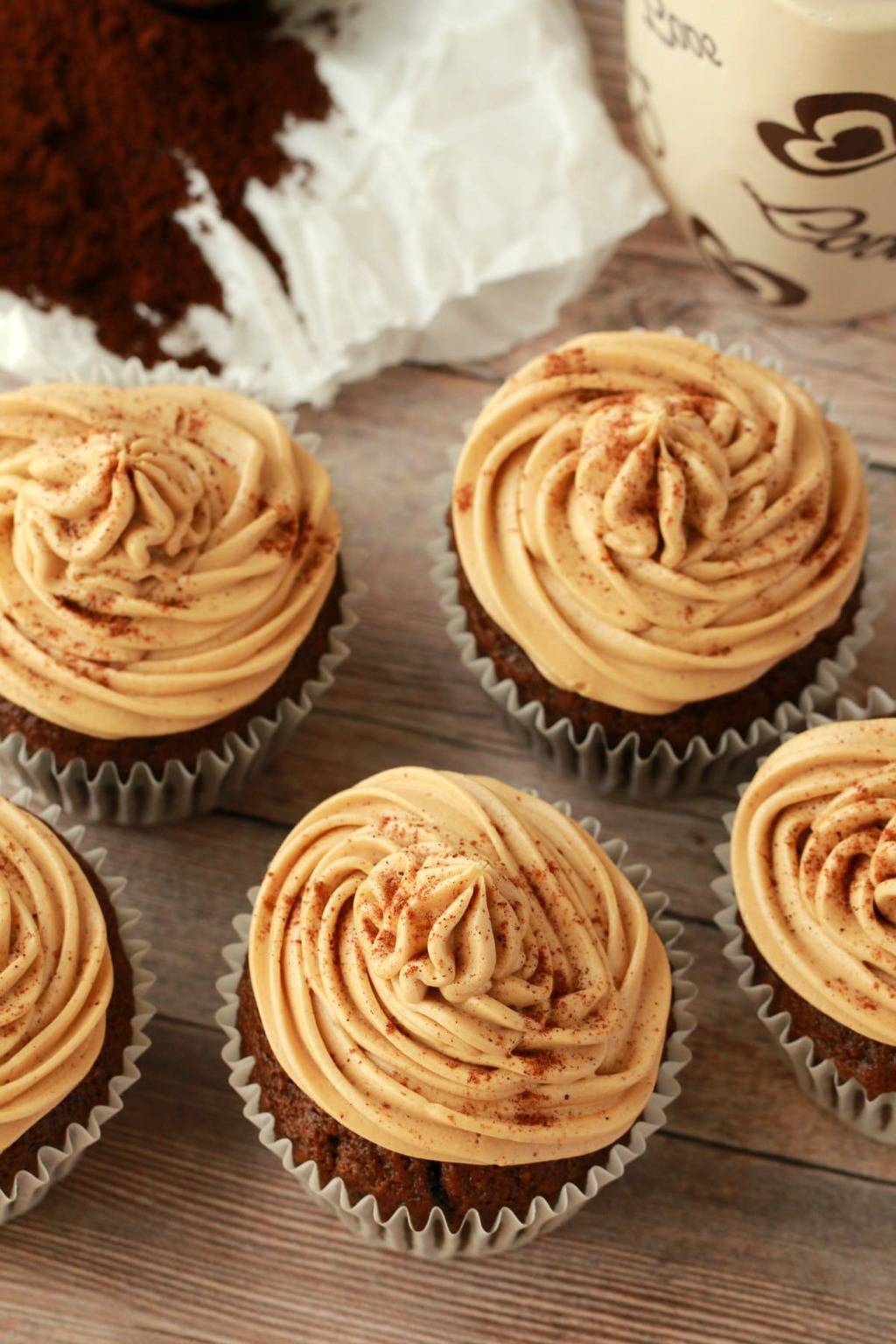 How To Make Vegan Coffee Cupcakes 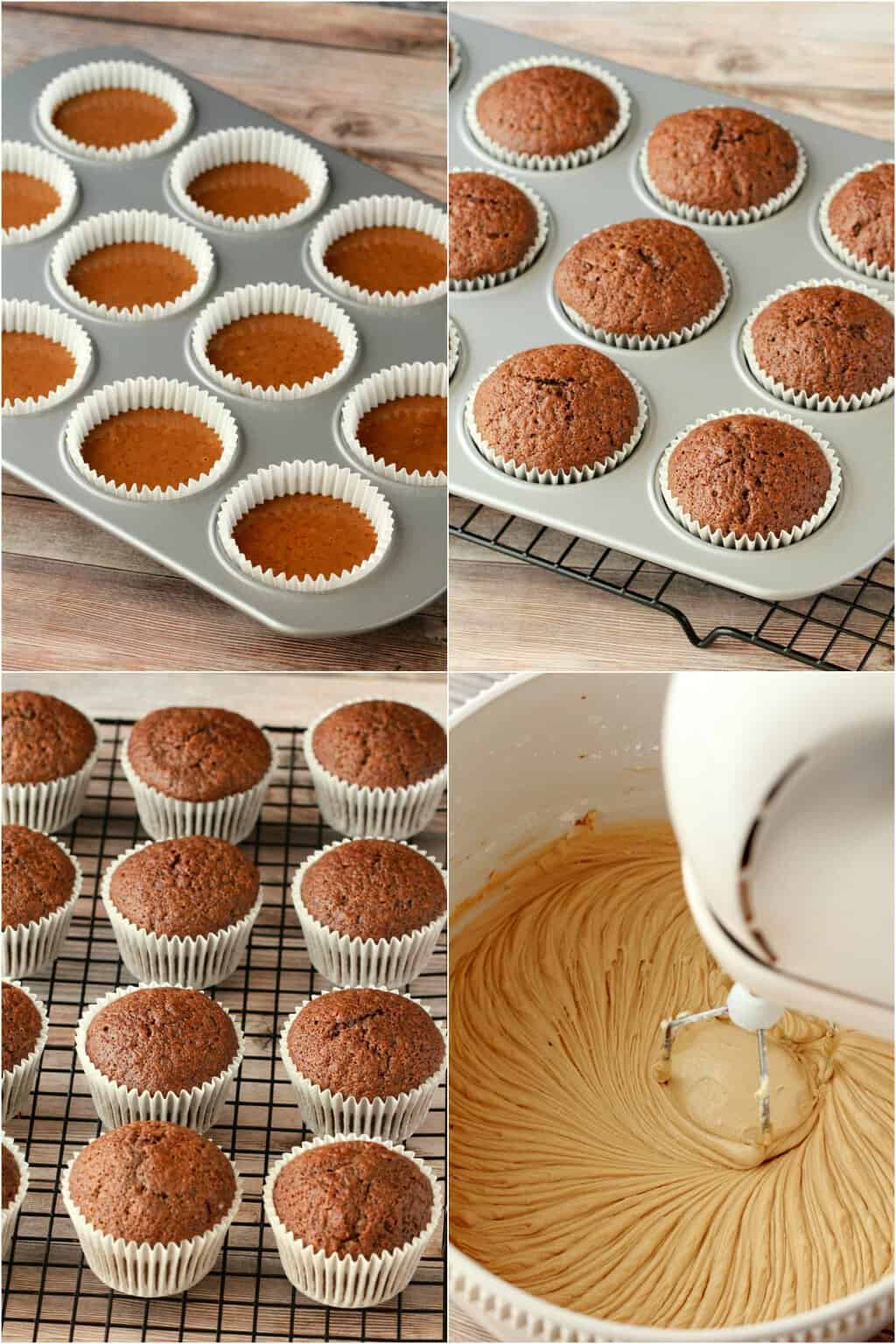 The frosting is a rich coffee flavored buttercream that pipes beautifully over these cupcakes.

There is a little cinnamon in the recipe and cinnamon goes well with coffee so I sprinkled a little on top of the cupcakes too. 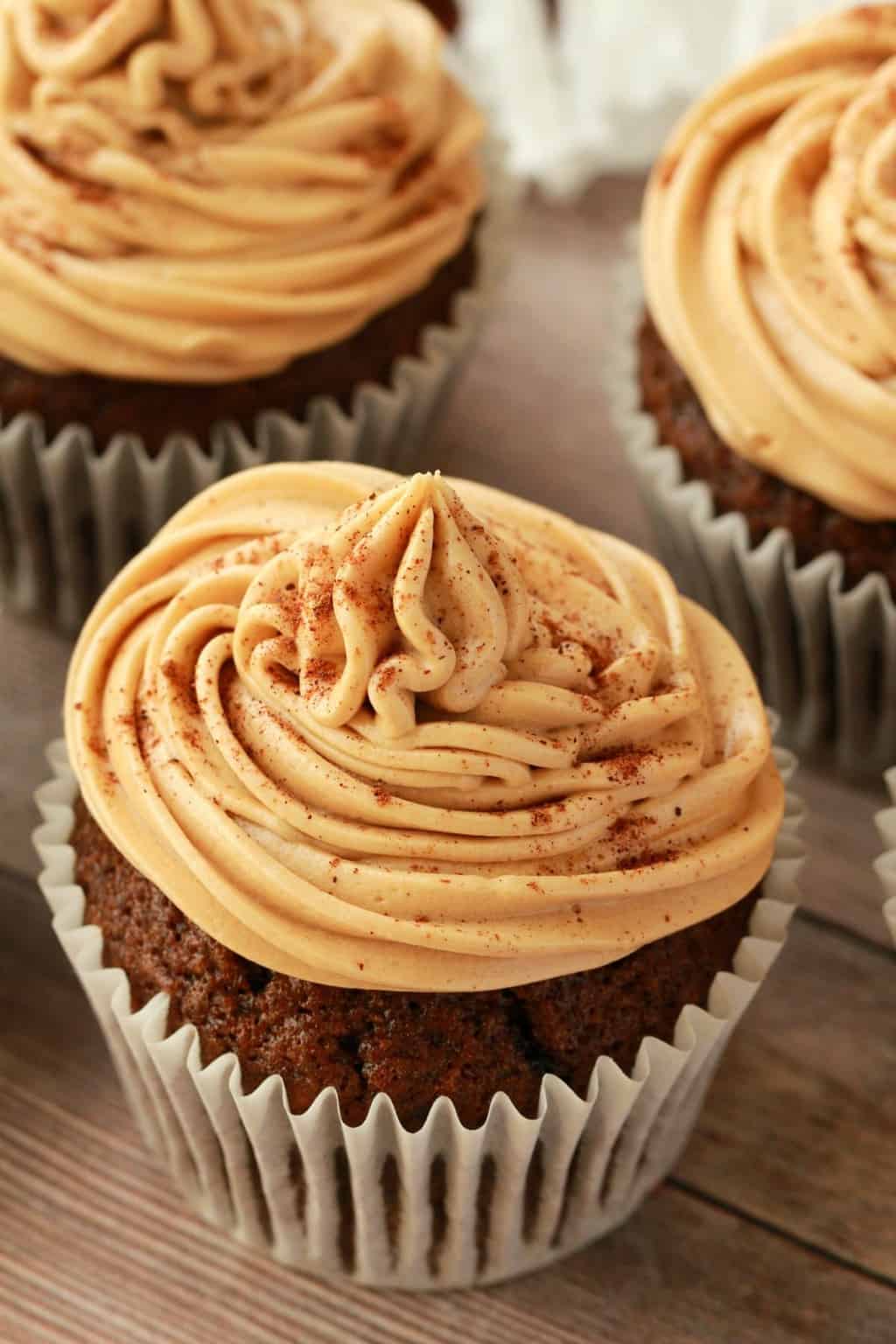 How To Store Vegan Coffee Cupcakes

Can You Make These Coffee Cupcakes Gluten-Free?

If you want to make these gluten-free then I would recommend using a gluten-free all purpose flour blend to replace the regular flour in this recipe. 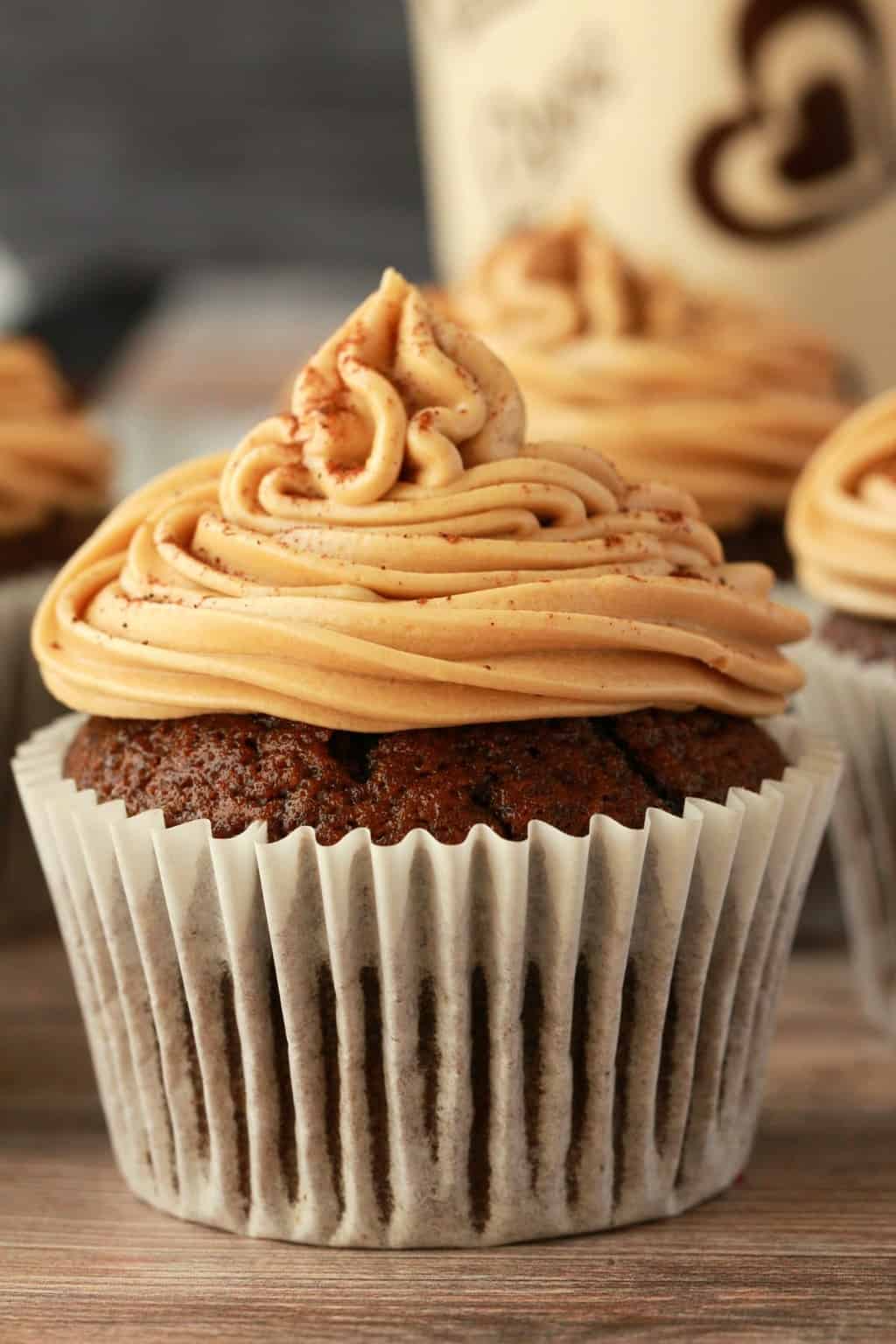 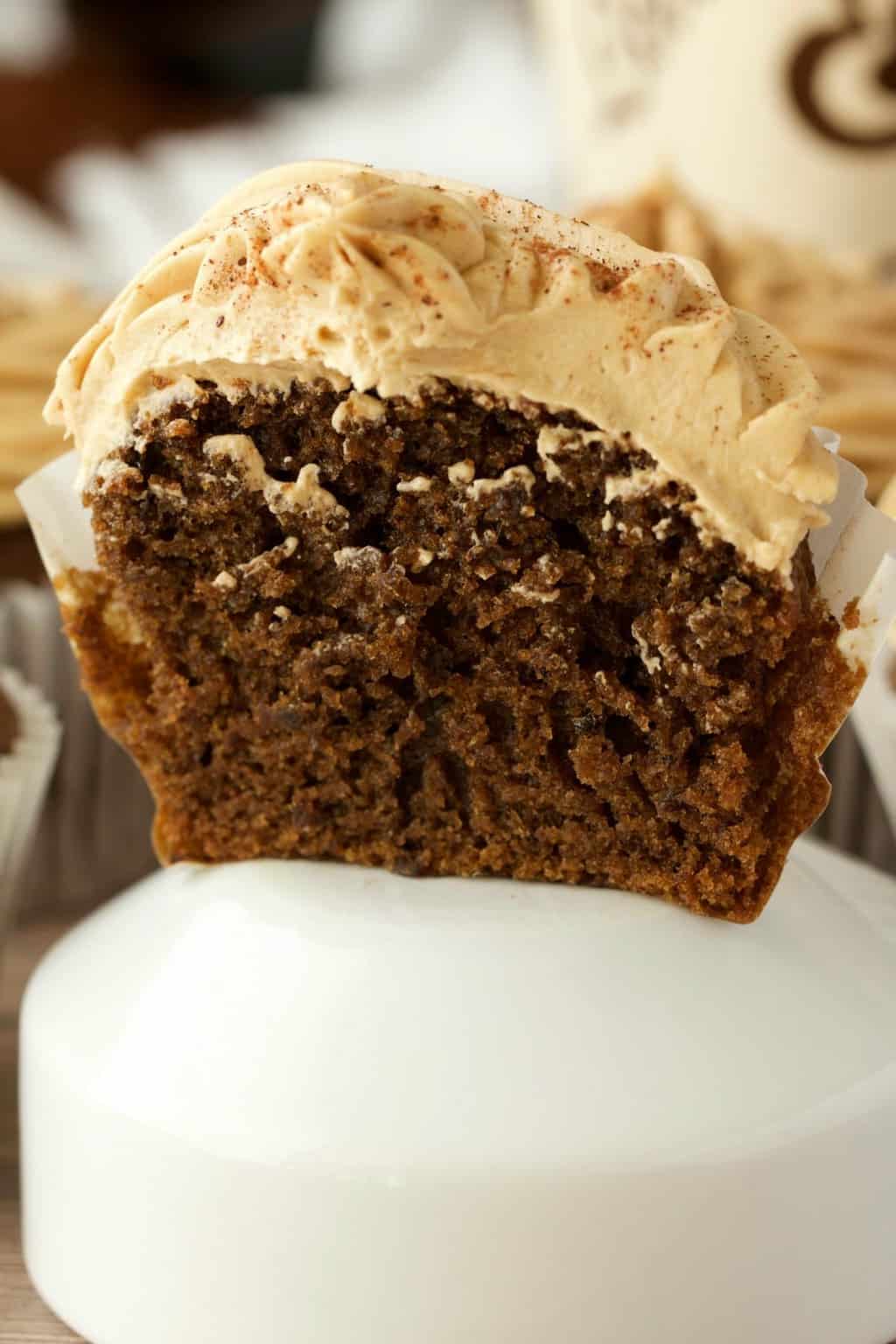 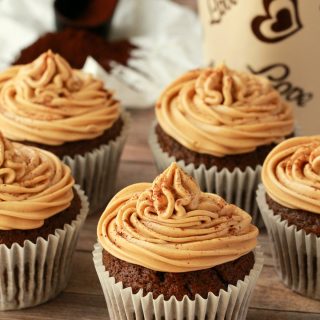 For the Coffee Buttercream Frosting: