Home » Gluten-Free » How To Make A Flax Egg 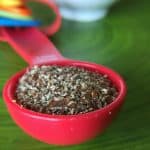 Knowing how to make a flax egg is a crucial part of vegan baking.

When I figured out that you could use one of these babies to replace a regular (chicken) egg in vegan baking, well…to say I was excited would be a massive understatement.

And YES, they work like a freaking charm I tell ya!

Of course you can’t go whipping them up like egg whites or anything – for that you can use aquafaba – check out our recipe for vegan meringue.

They do very well to replace chicken eggs in baking though.

So when you want to make a cake or pancakes or muffins or biscuits, the humble flax egg is your firm friend.

Check out the ‘how to’ pictures below plus an awesome ‘how to’ video. 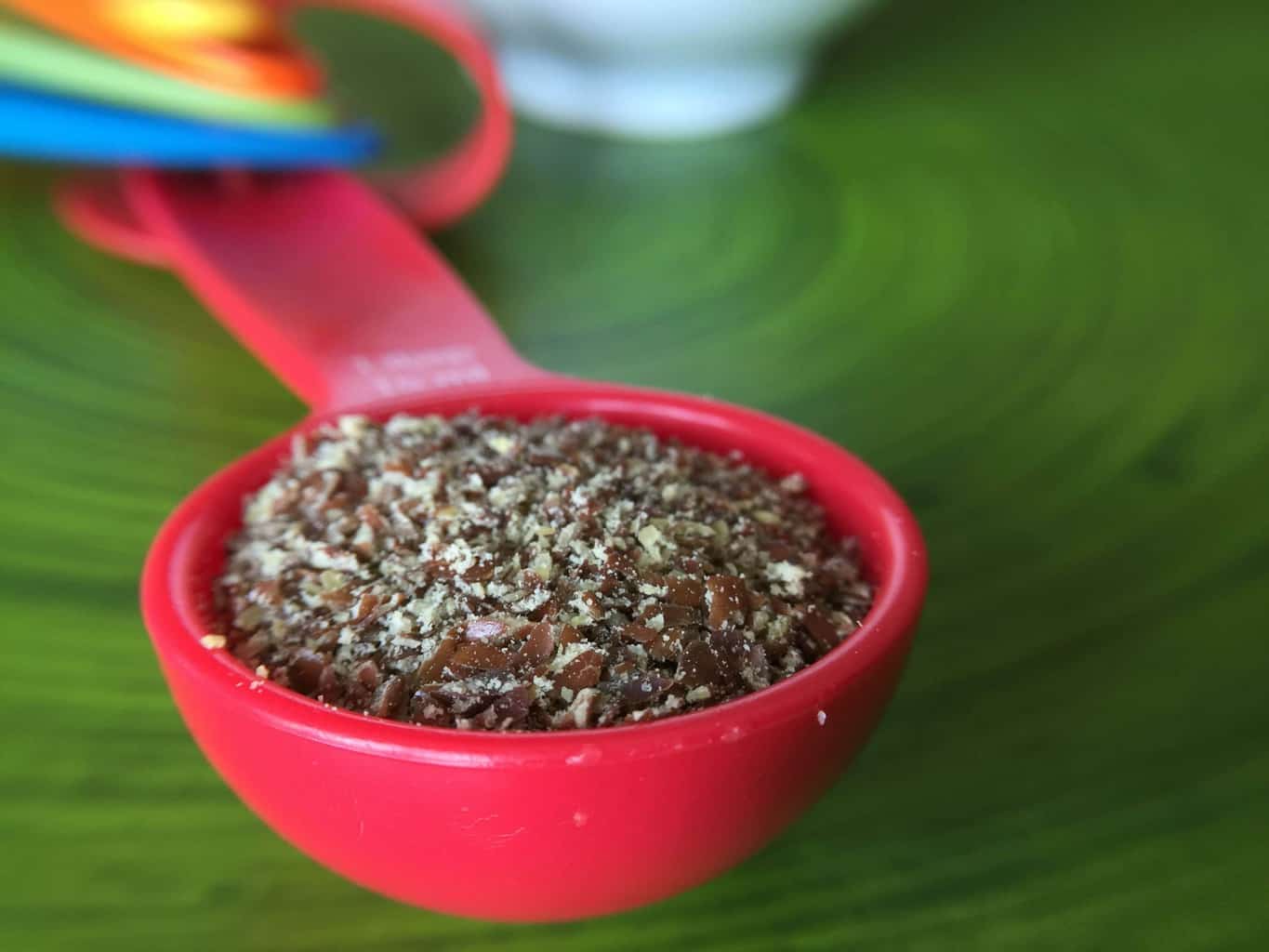 Flax seeds are good for you!

So not only are you getting a very handy little baking friend here, you’re also adding some solid healthy goodness to your baked goods! 🙂 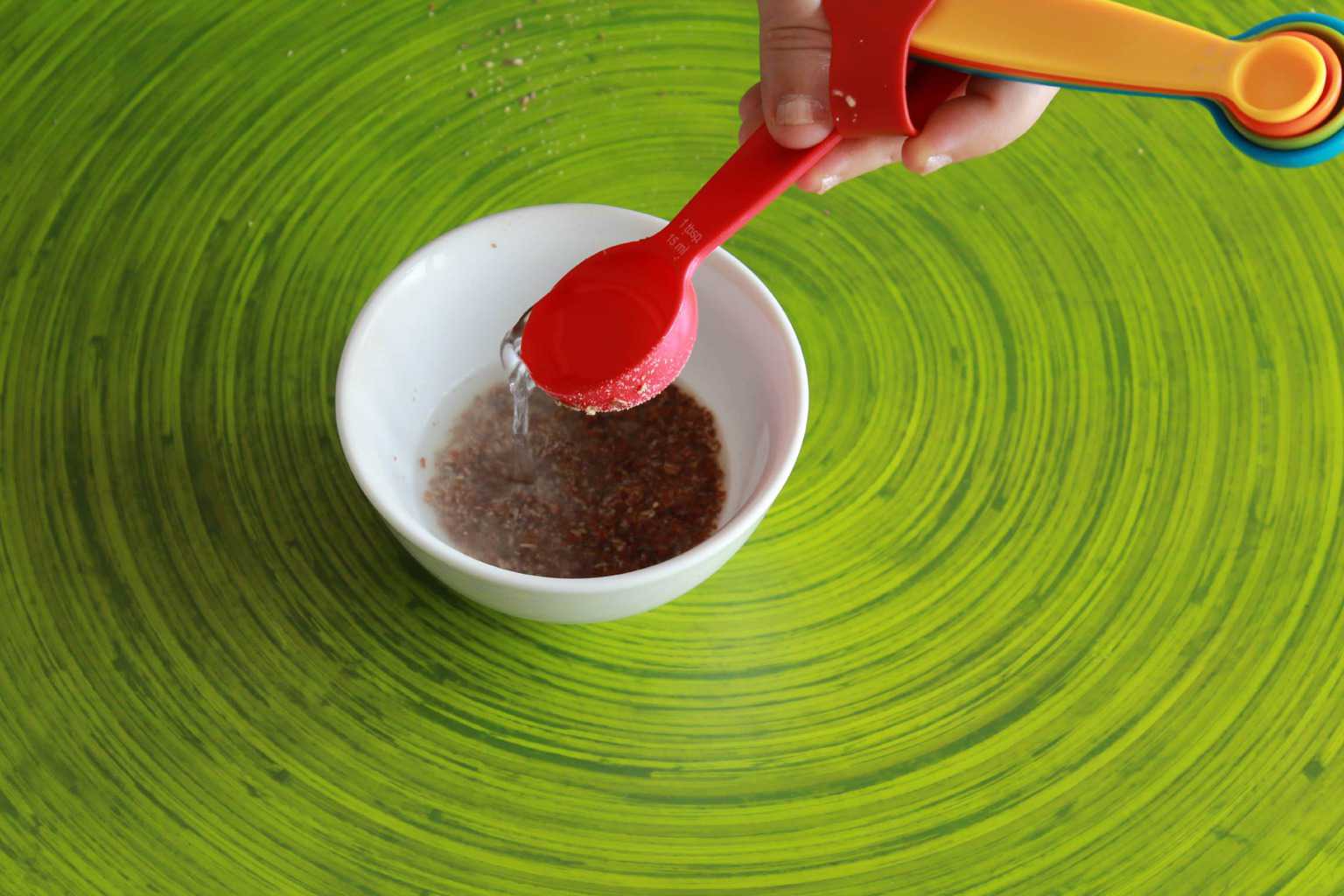 A few notes about flax eggs

A flax egg will usually only replace 1 chicken egg in a recipe. If a recipe has something like 4 chicken eggs in it, then you generally won’t be able to use 4 flax eggs to replace them. The reason being eggs firm up when baked, flax eggs are more watery and won’t act like an egg in that way.

So if you are trying to replace more than 1 egg in a recipe, you would likely use a flax egg to replace one of the eggs and then make other adaptations to the recipe to account for that.

In that way it’s better for you to look for an alternative recipe to veganize that only uses 1 egg rather than trying to veganize the 4 egg recipe.

I have used up to 2 flax eggs in a recipe (see our vegan carrot cake) but usually if you are veganizing a non-vegan recipe you will need to be careful with using more than 1 flax egg to replace chicken eggs in a recipe.

You don’t want to overblend and turn it into flour. It should look like what you see on the tablespoon in the picture above. 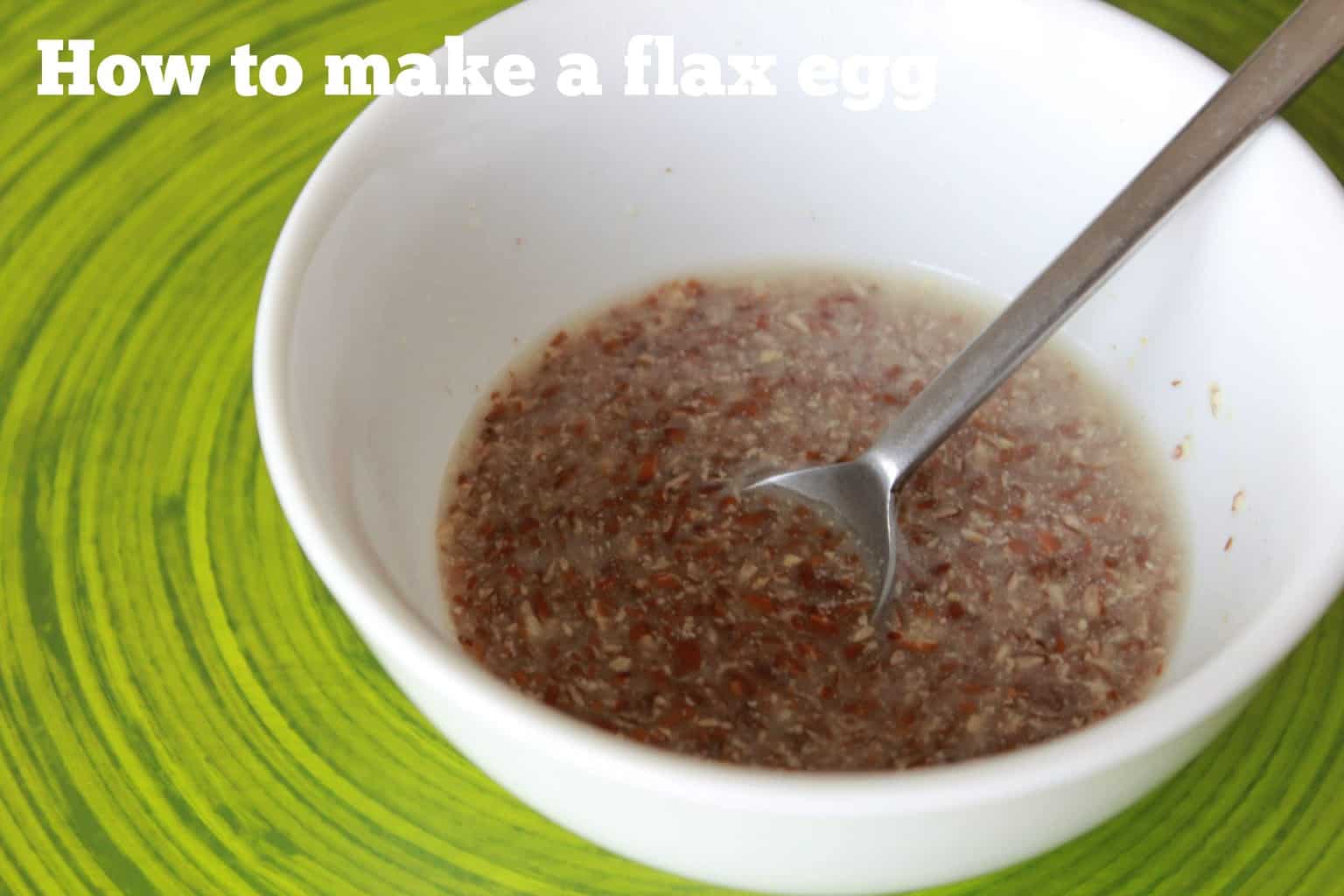 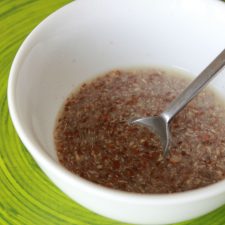