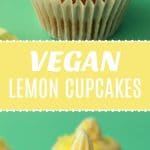 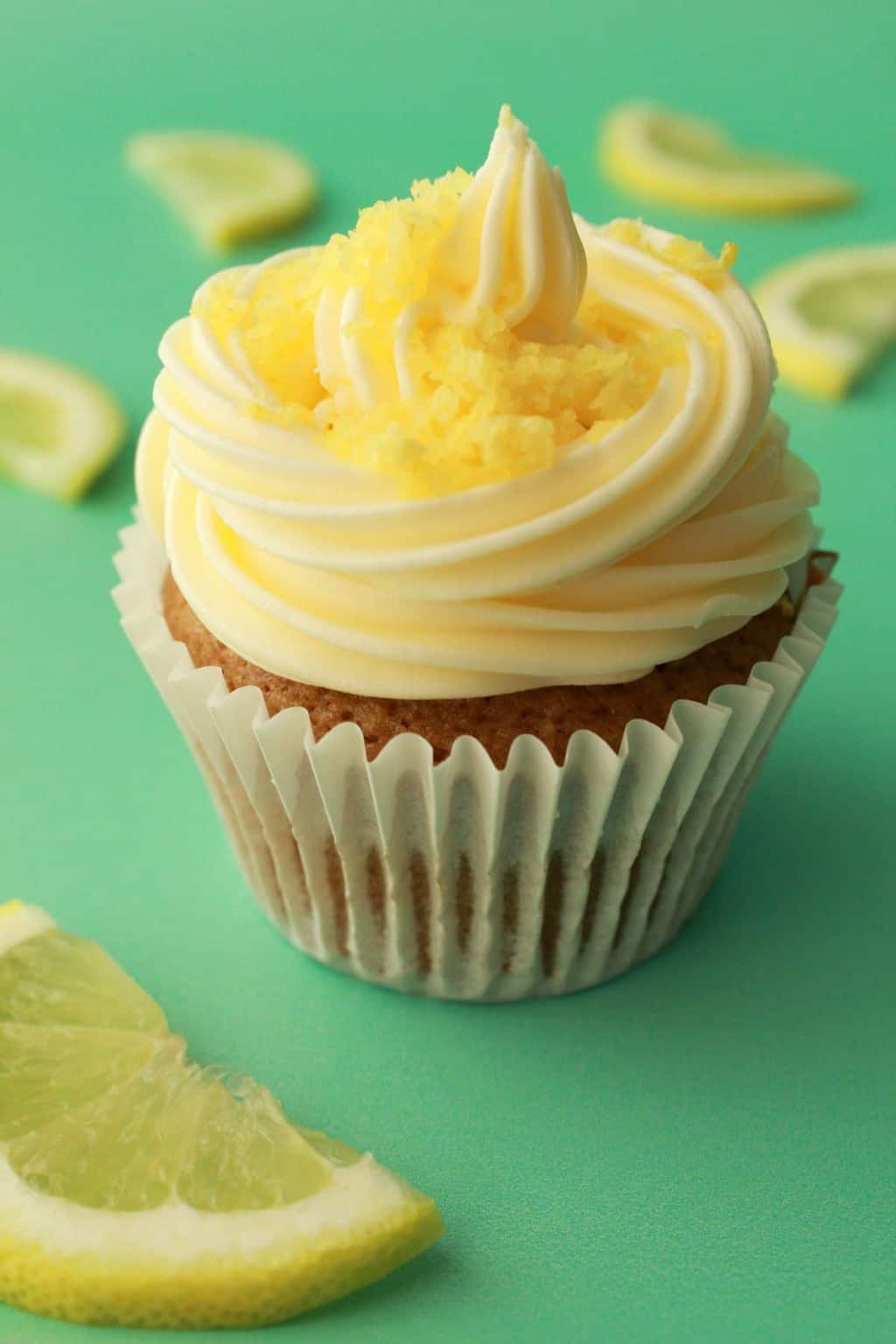 These vegan lemon cupcakes with lemon buttercream frosting and lemon zest are so divine, they are my latest favorite cupcake in the whole entire world.

Well, of course that is until I bake one of my other absolute favorites in the entire world – such as – any of the other cupcakes on this site. Love them all I must admit.

These were super good and I’m a big fan. As is everyone else who ate them.

That being said I didn’t have the easiest time in making these. I had the idea of using lemon juice (in quite a large quantity, maybe that was the mistake) to make these, but hey, it just didn’t work out.

The moment I added that lemon juice to the batter it fluffed up in a way that just didn’t look right, so I was highly sceptical even before they went into the oven, and I wasn’t wrong!

They came out just as ‘not quite right’ as they went in. 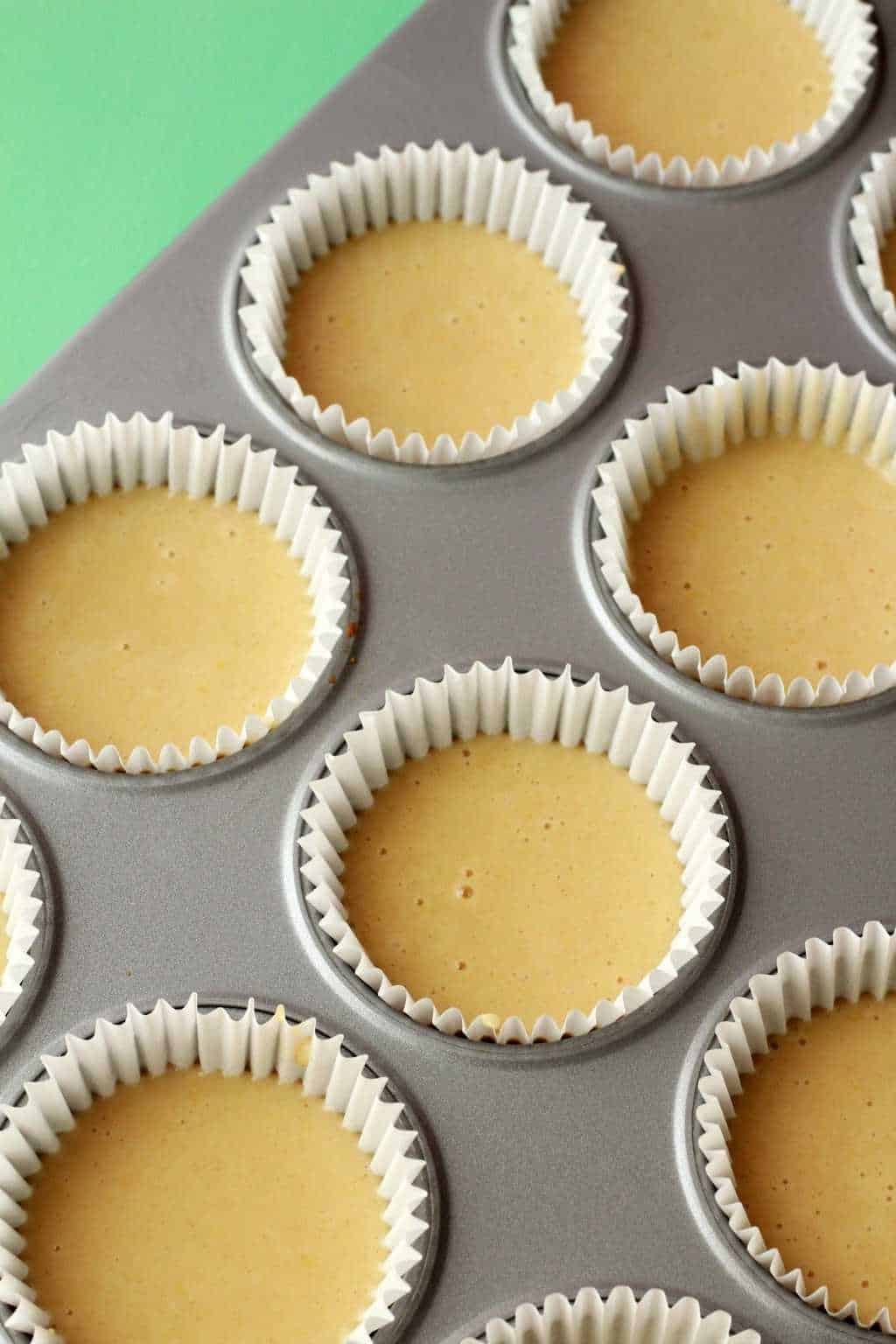 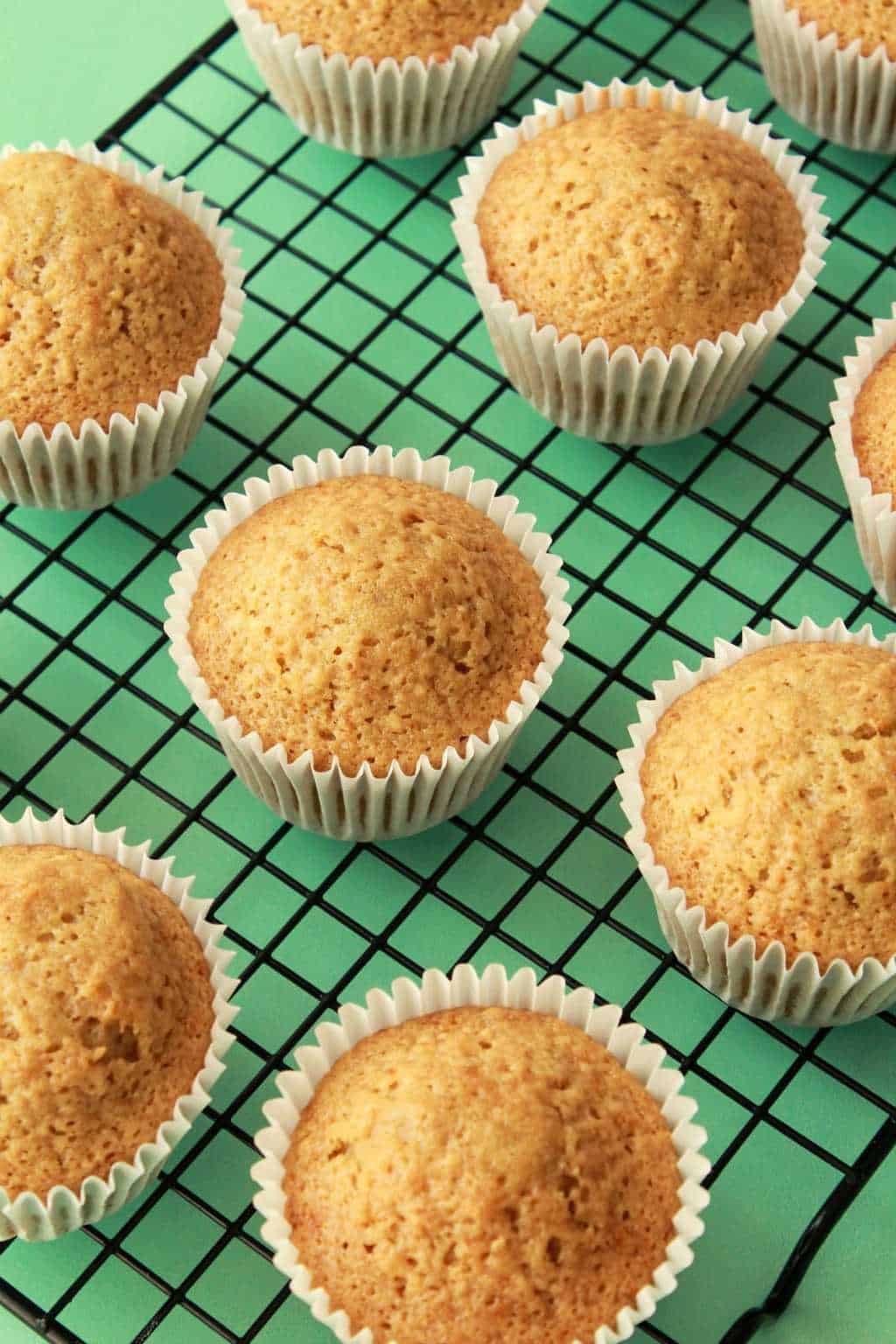 So I had to ditch the lemon juice idea and instead went for lemon zest and lemon extract to create the deliciously lemon flavor for these cupcakes. The lemon buttercream ended up being where the lemon juice got a chance to shine!

The lemon buttercream has lemon juice and lemon extract and has a fabulously lemony taste, and topped with lemon zest there is no doubt that these are lemon cupcakes!

I adapted the recipe from my vegan vanilla cupcakes which is just the best recipe! Perfectly moist with a light and spongey texture. 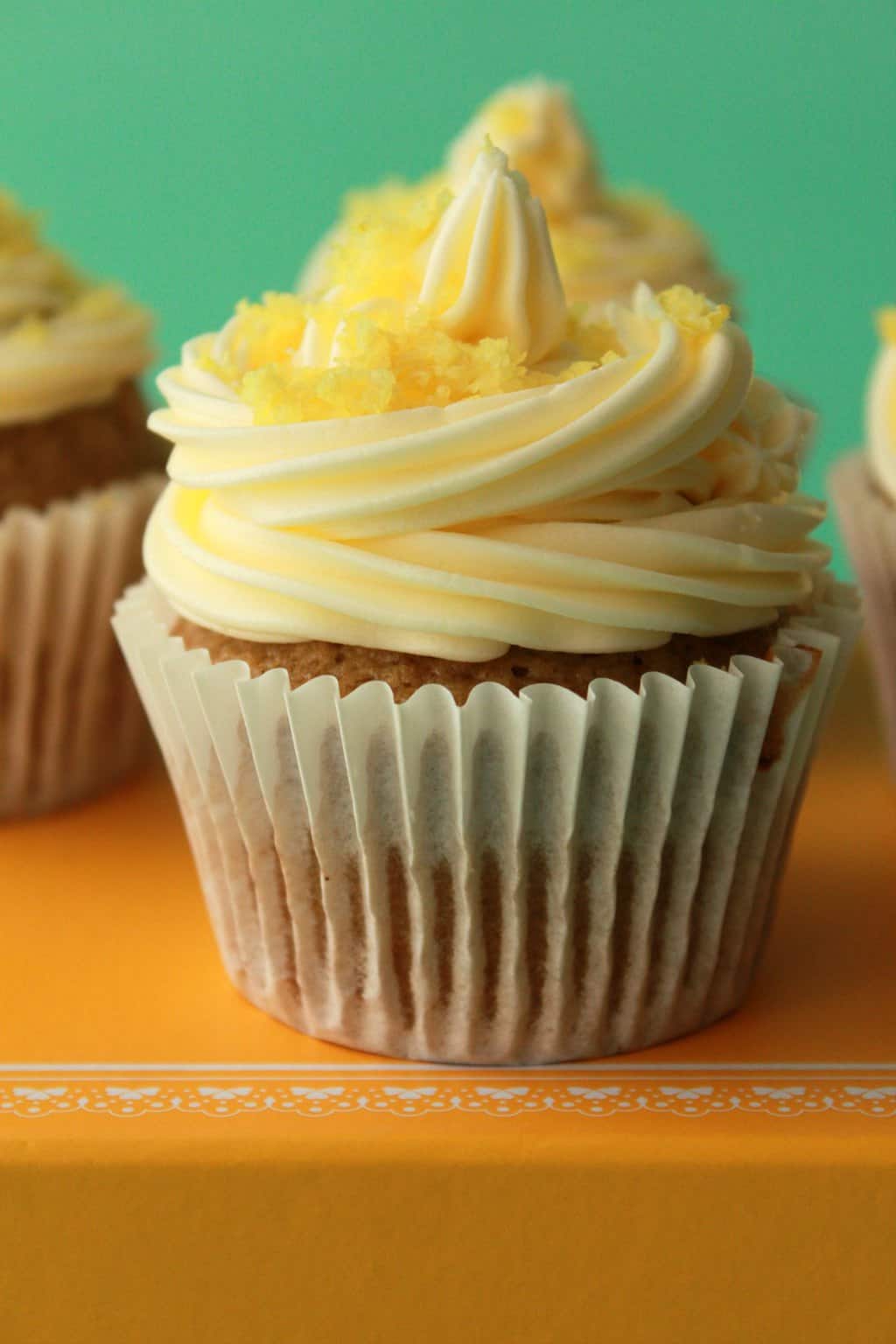 I think you are going to love these vegan lemon cupcakes! They are: 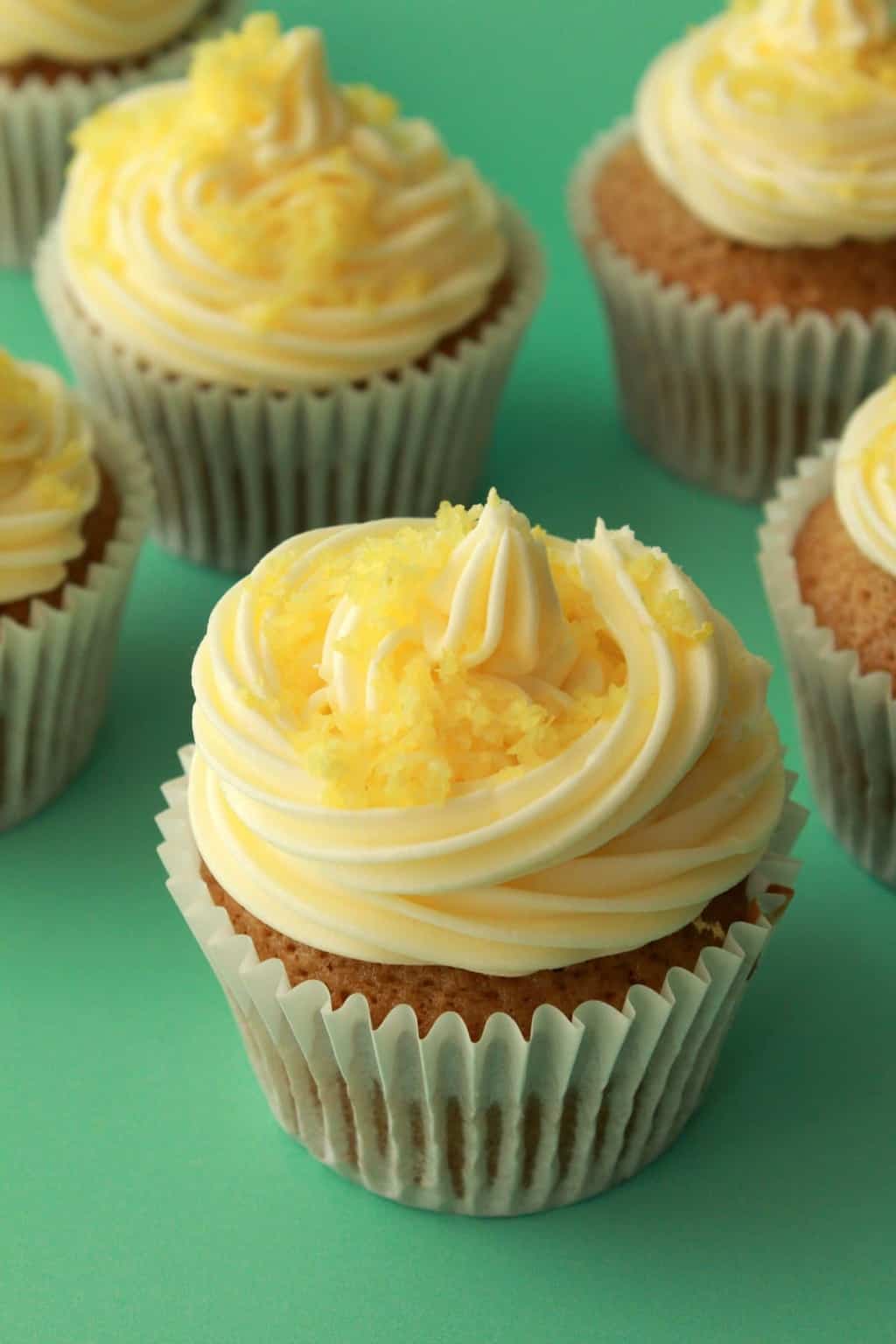 So let us know what you think of these lemon cupcakes! Leave a comment and rate the recipe if you’ve made it!

And definitely sign up to our mailing list – you’ll get a free book with 10 great recipes – and you’ll stay updated with all our latest recipe postings! 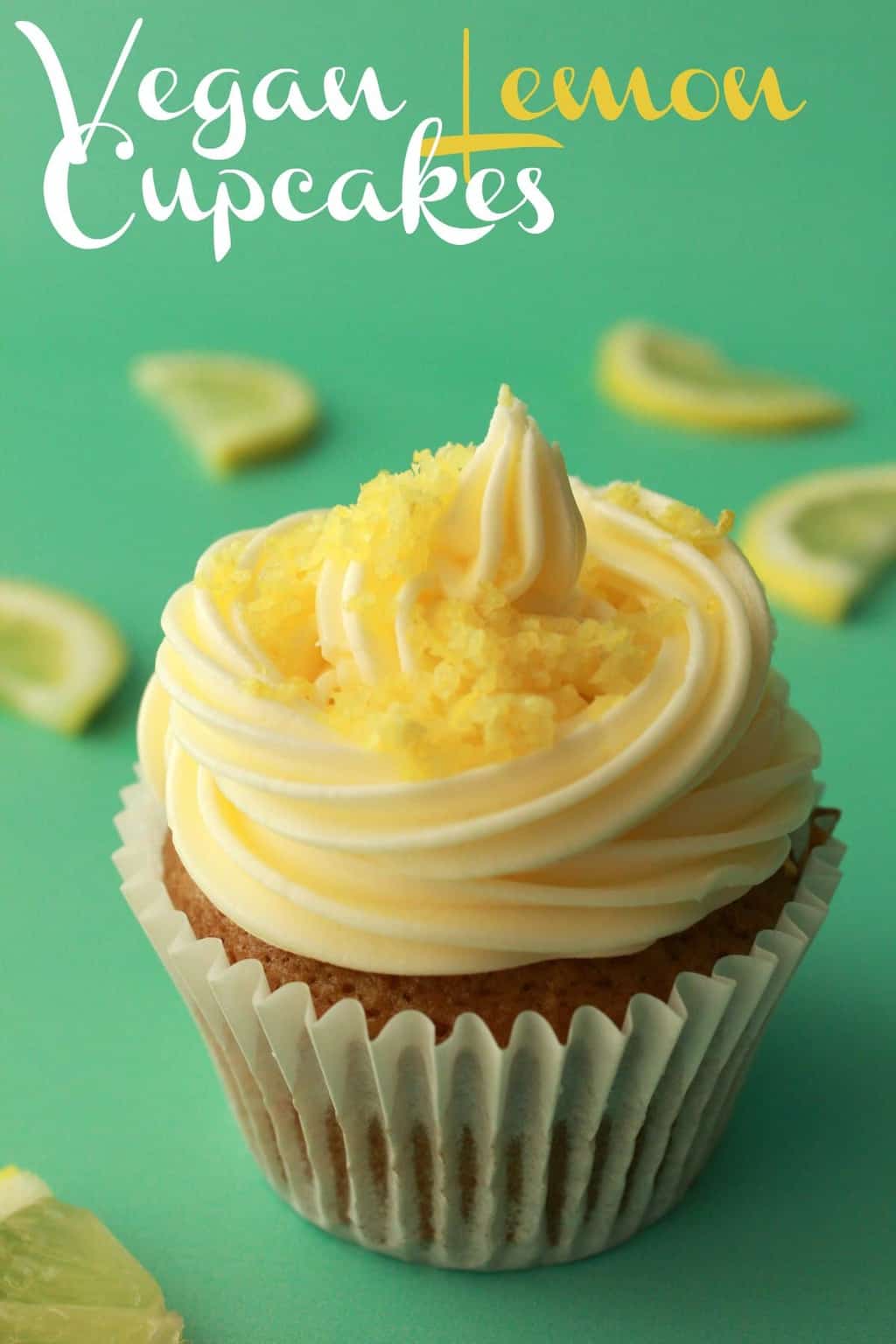 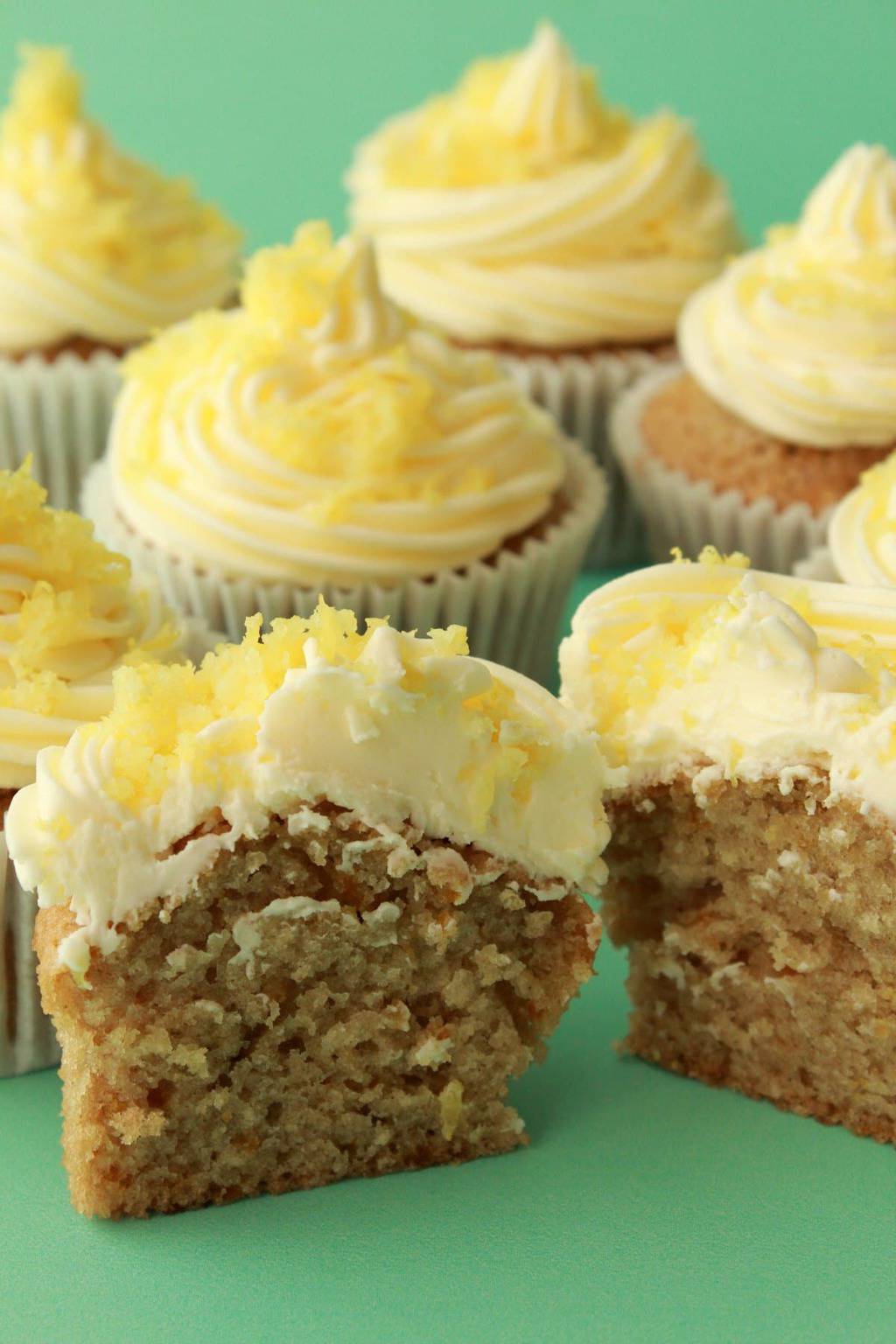 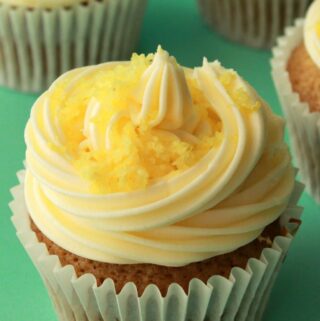