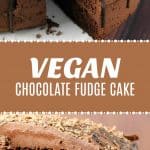 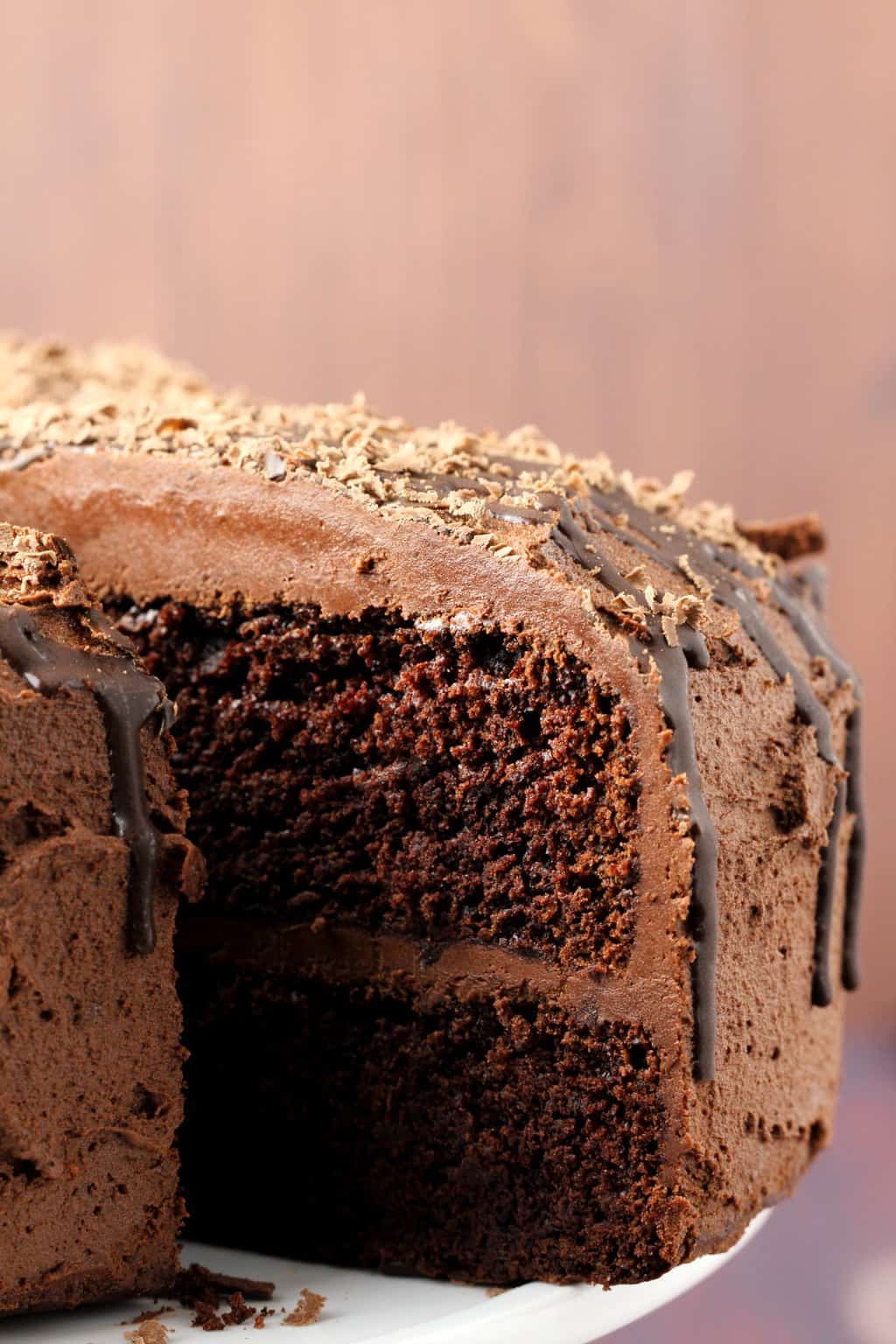 It’s like chocolate cake was over there feeling all smug like it’s the best dessert, and then chocolate fudge cake comes over and knocks regular chocolate cake right out of the competition!

Well…. regular vegan chocolate cake is totally divine too, of course, but the difference between these desserts is the ‘fudge’ part. And how we create that fudge part is what makes this dessert the best darn thing you’ve ever tasted! 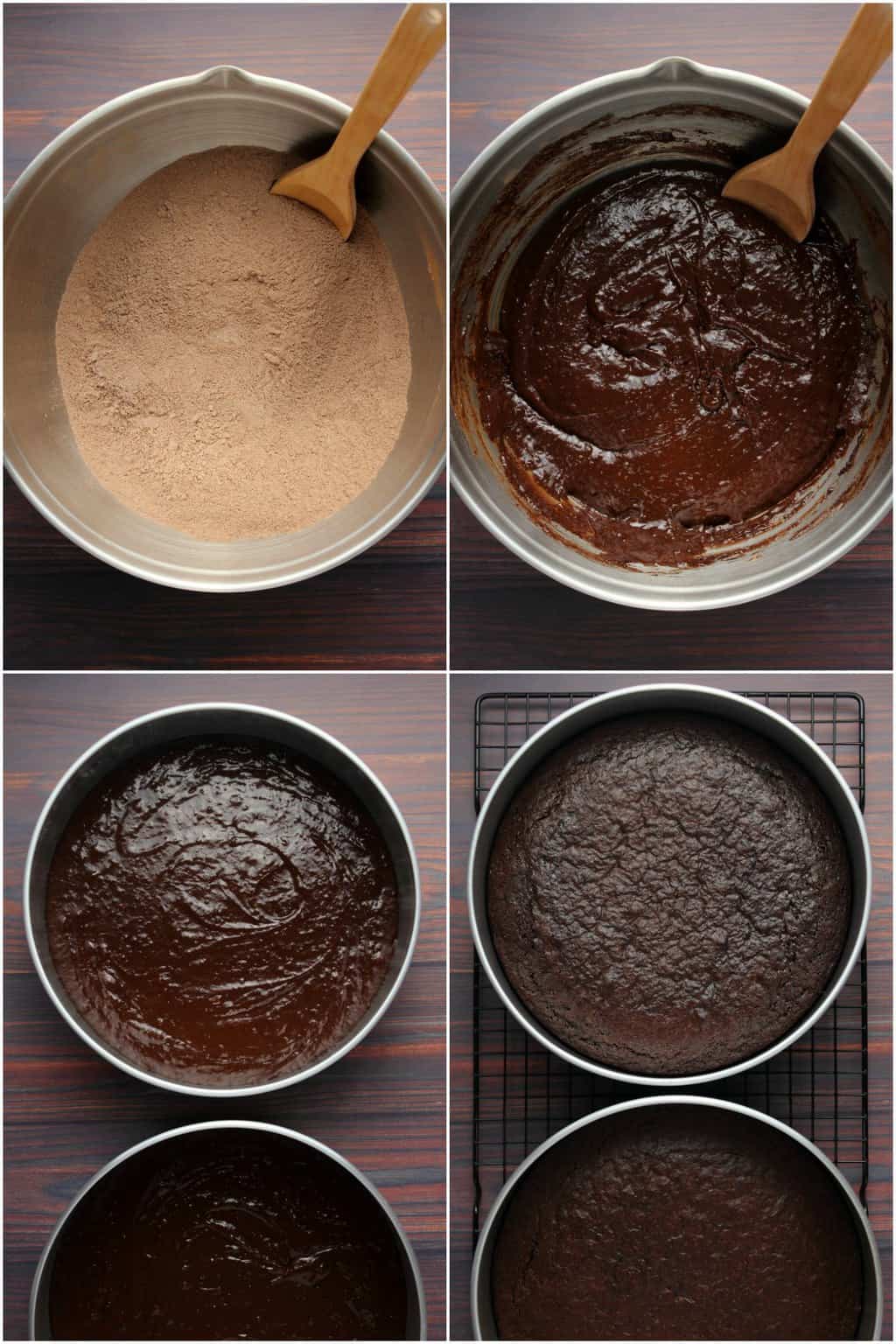 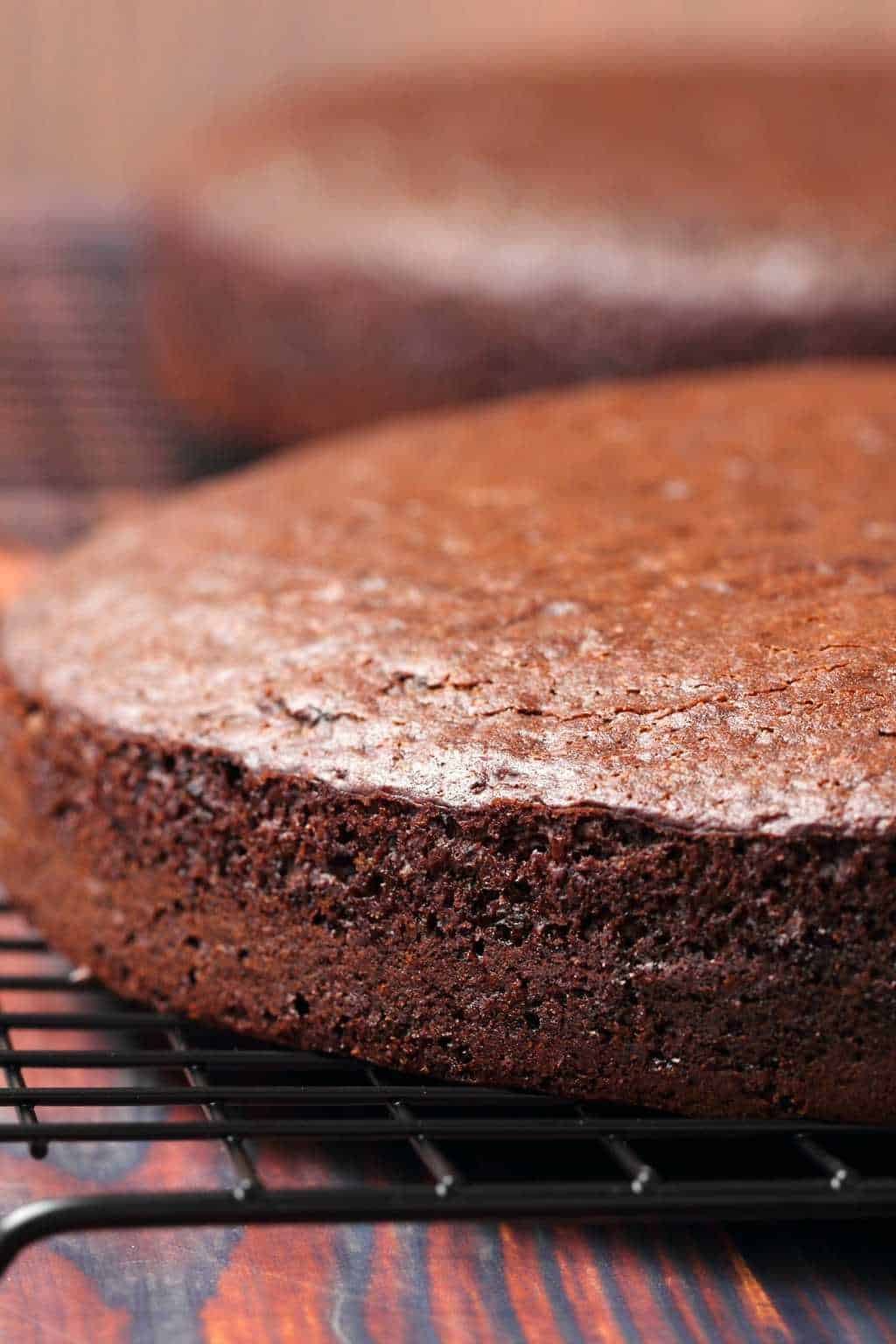 The ‘fudge’ part of a vegan chocolate fudge cake, is created by using vegan buttermilk instead of regular non-dairy milk and then adding in melted vegan chocolate to the batter before baking.

It creates extreme richness of flavor and heaps of moisture! So it’s not ‘light and fluffy’ or ‘spongey’ the way a regular chocolate cake would be, nice as that is. This is a little bit more dense and ultra moist.We also use heaps of cocoa powder so that it is rich chocolate flavor to the extreme.

It has all the fudginess you can dream of with mega chocolate flavor. 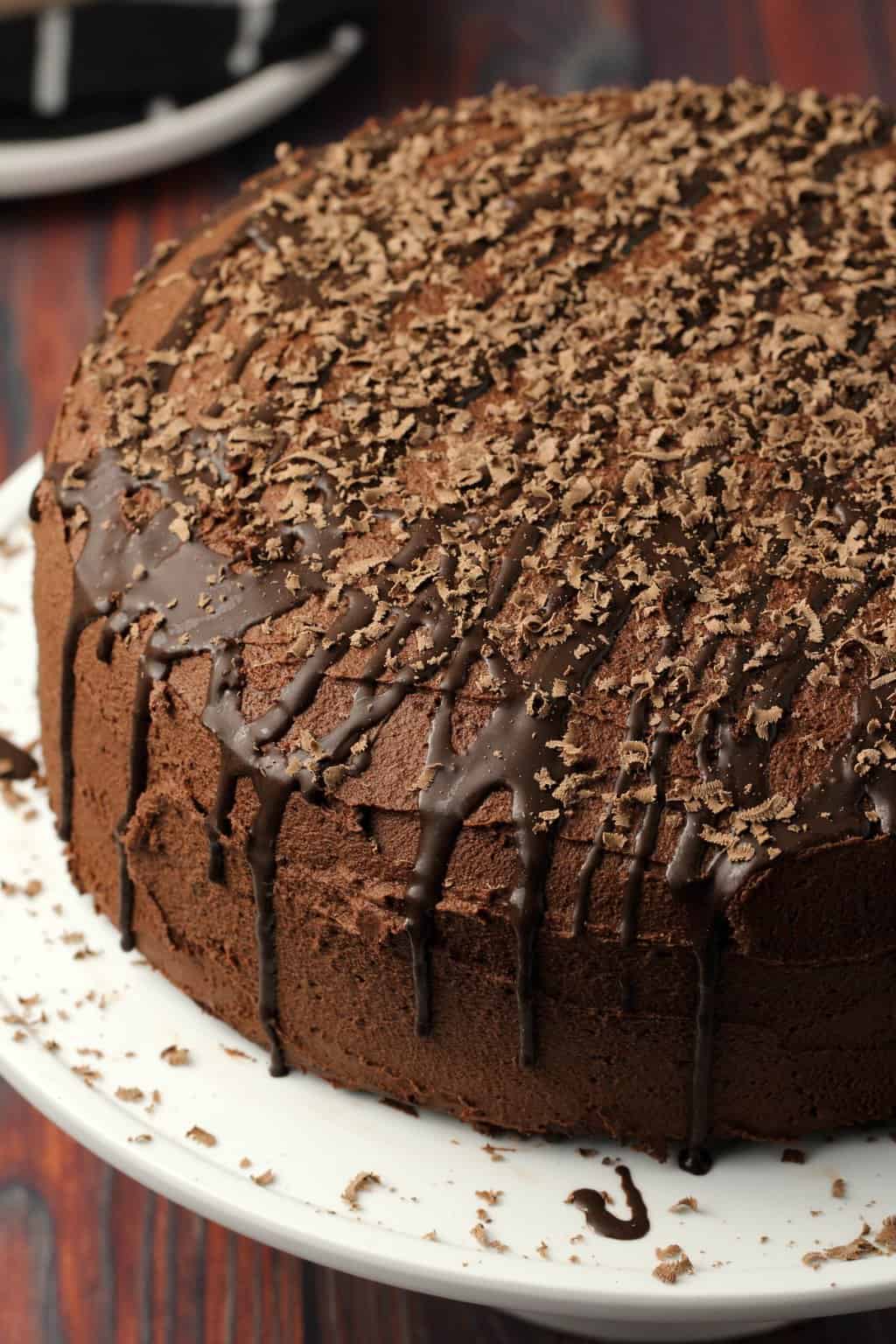 And then we don’t stop there! The frosting also has melted chocolate poured into it and it is ultra thick and fudgy.

Decorate this cake with some more melted chocolate drizzled over the top and some chocolate shavings and you have a cake to remember. 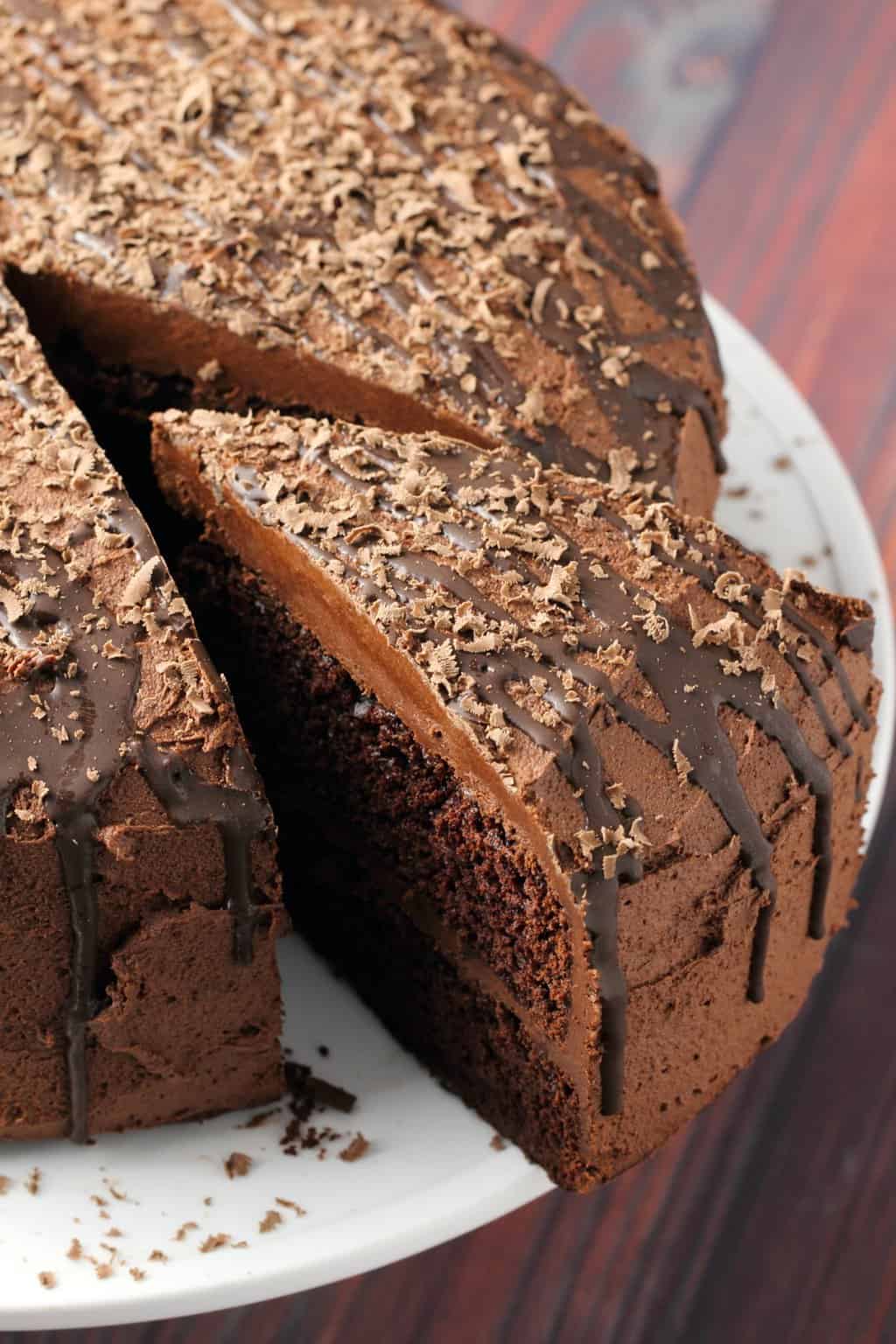 I used 9″ cake pans for this recipe so this is a very nice sized cake and can feed a crowd!

This was actually my first foray into 9″ cake pans and I must say I was a bit shocked that when you make cakes this size, your single layer wire cooling rack will NOT cut it. You need two of them! I had to go out and get an extra one. This cake is strictly one layer per cooling rack. 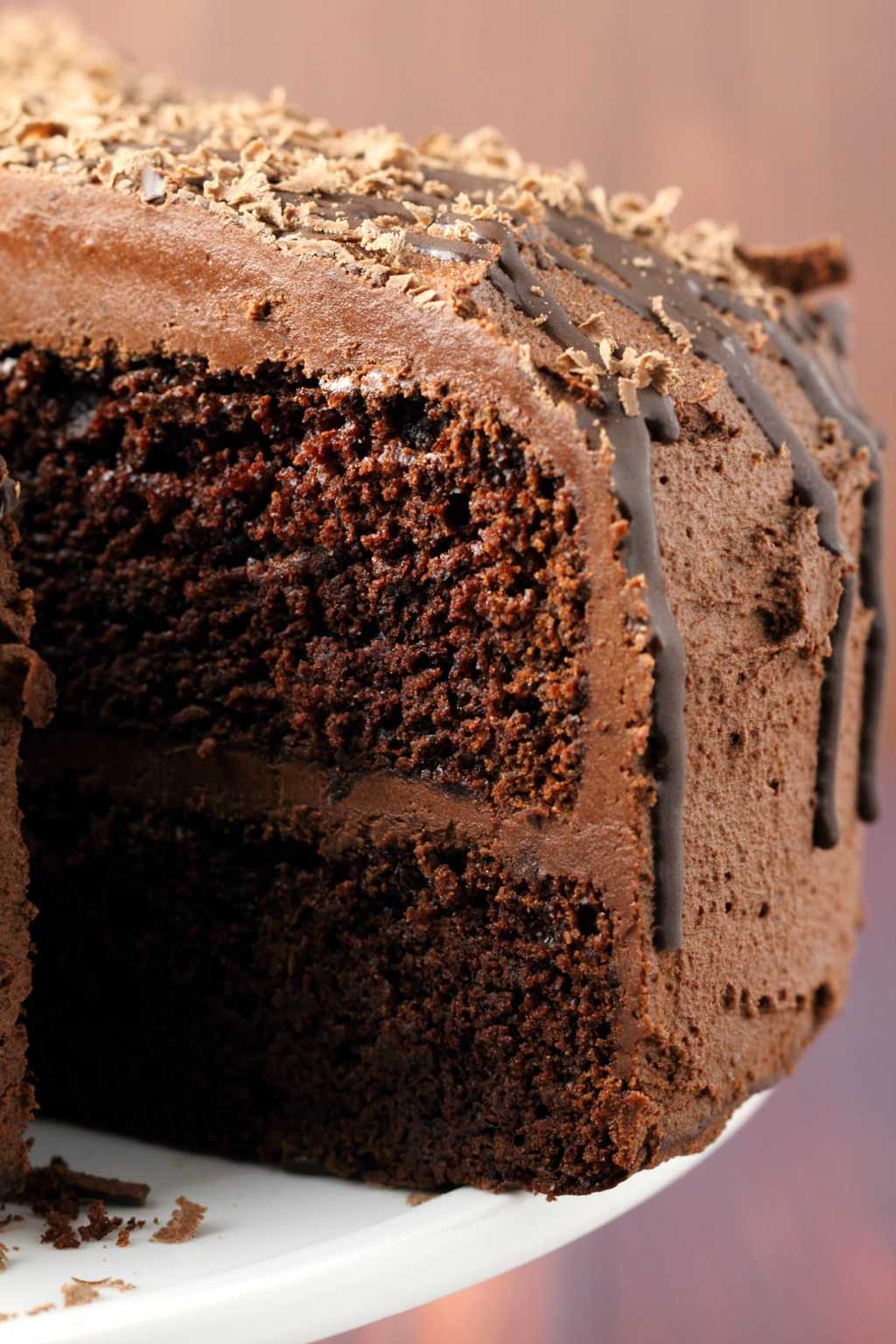 Reasons to love this vegan chocolate fudge cake! It is:

Keep it covered at room temperature and consume within a few days or stored in the fridge (covered) where it will keep for up to a week. 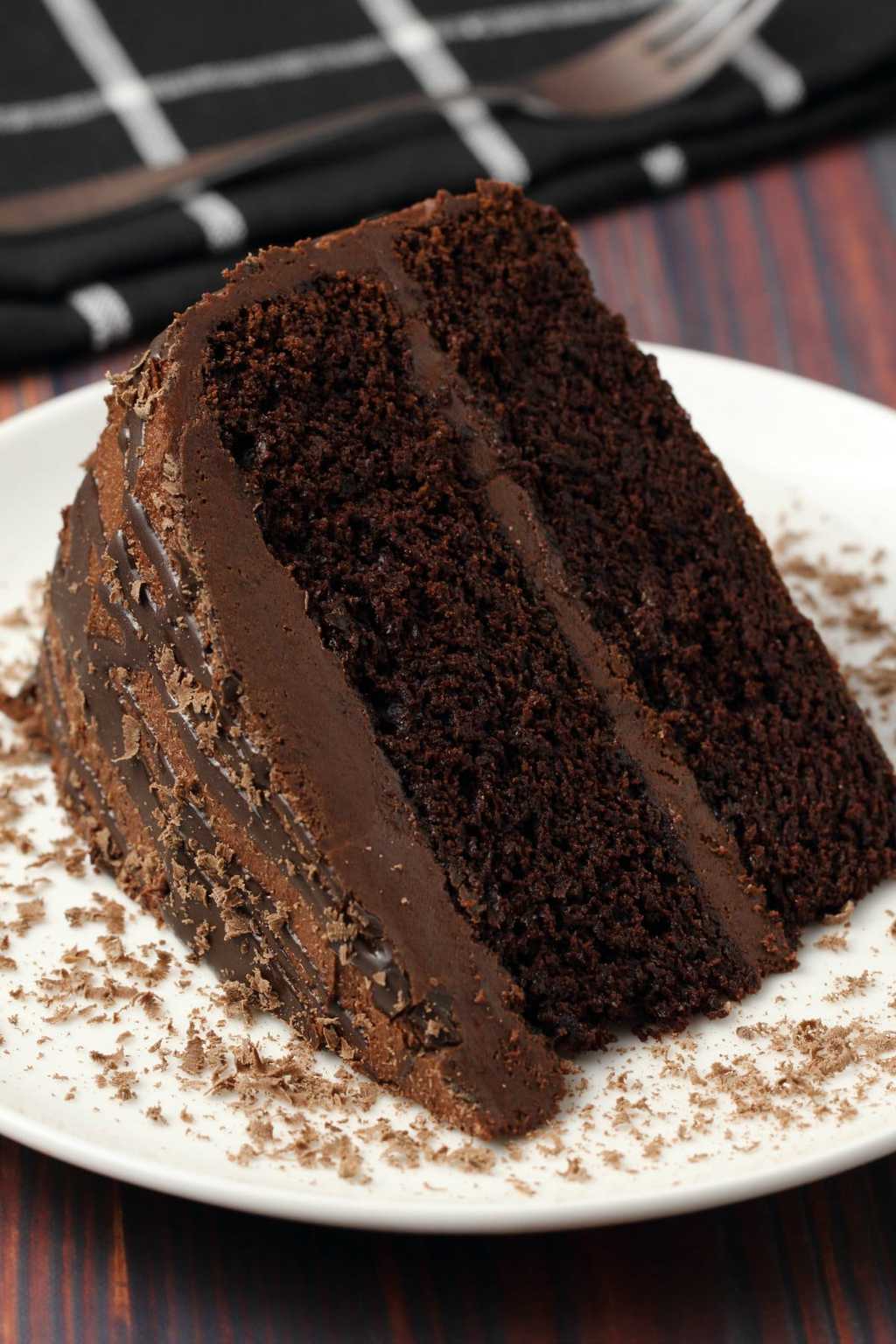 Check out these great options:

What do you think of this vegan chocolate fudge cake recipe? Let us know in the comments and please rate the recipe too, thanks!

Sign up to our email list while you’re here, you’ll get an awesome (free!) recipe ebook containing 10 delicious vegan dinner recipes, and you’ll be the first to know when new recipes have been posted to the blog! 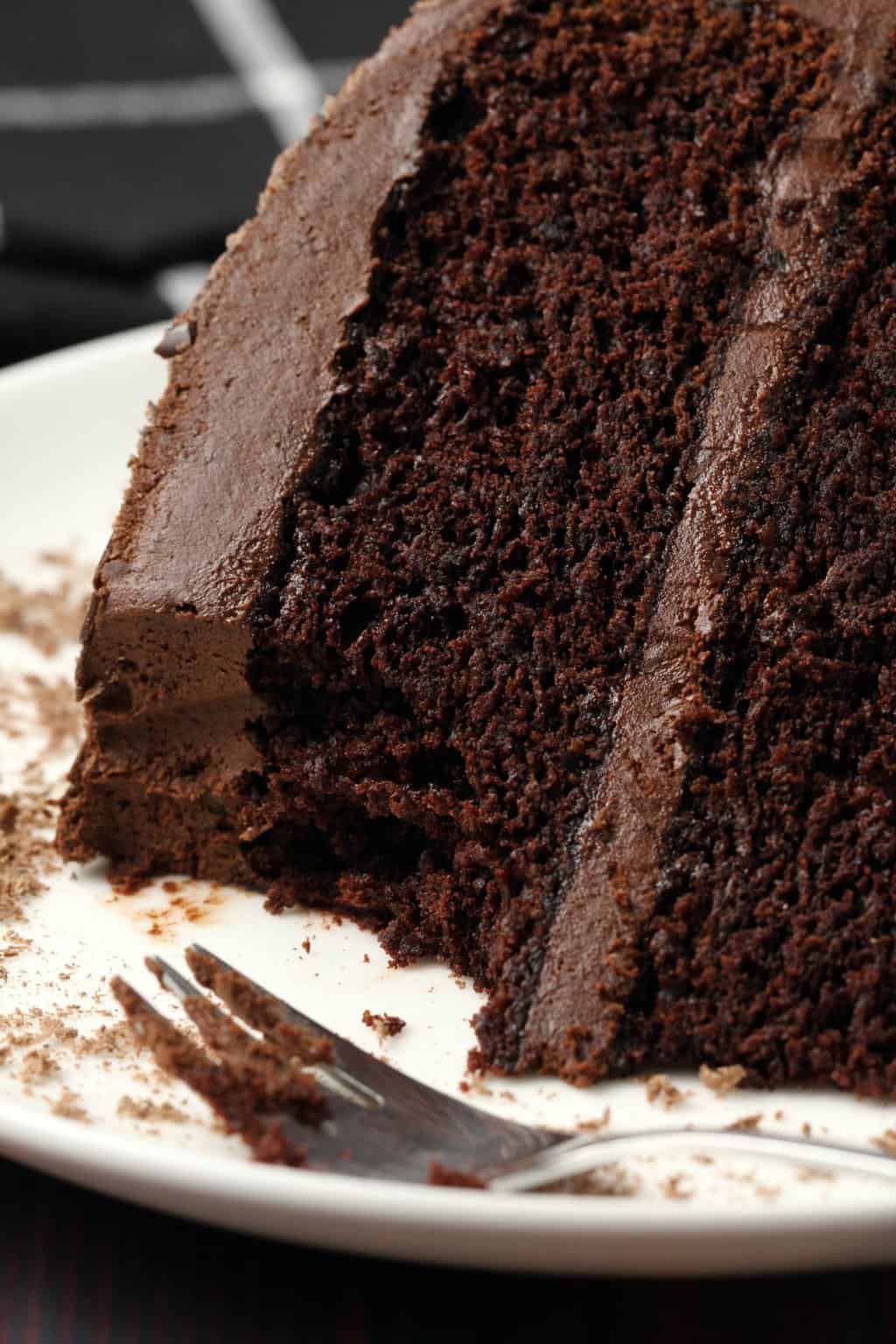 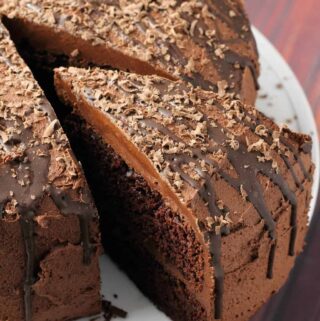 For the Chocolate Fudge Cake:

For the Chocolate Fudge Frosting: