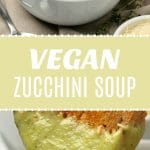 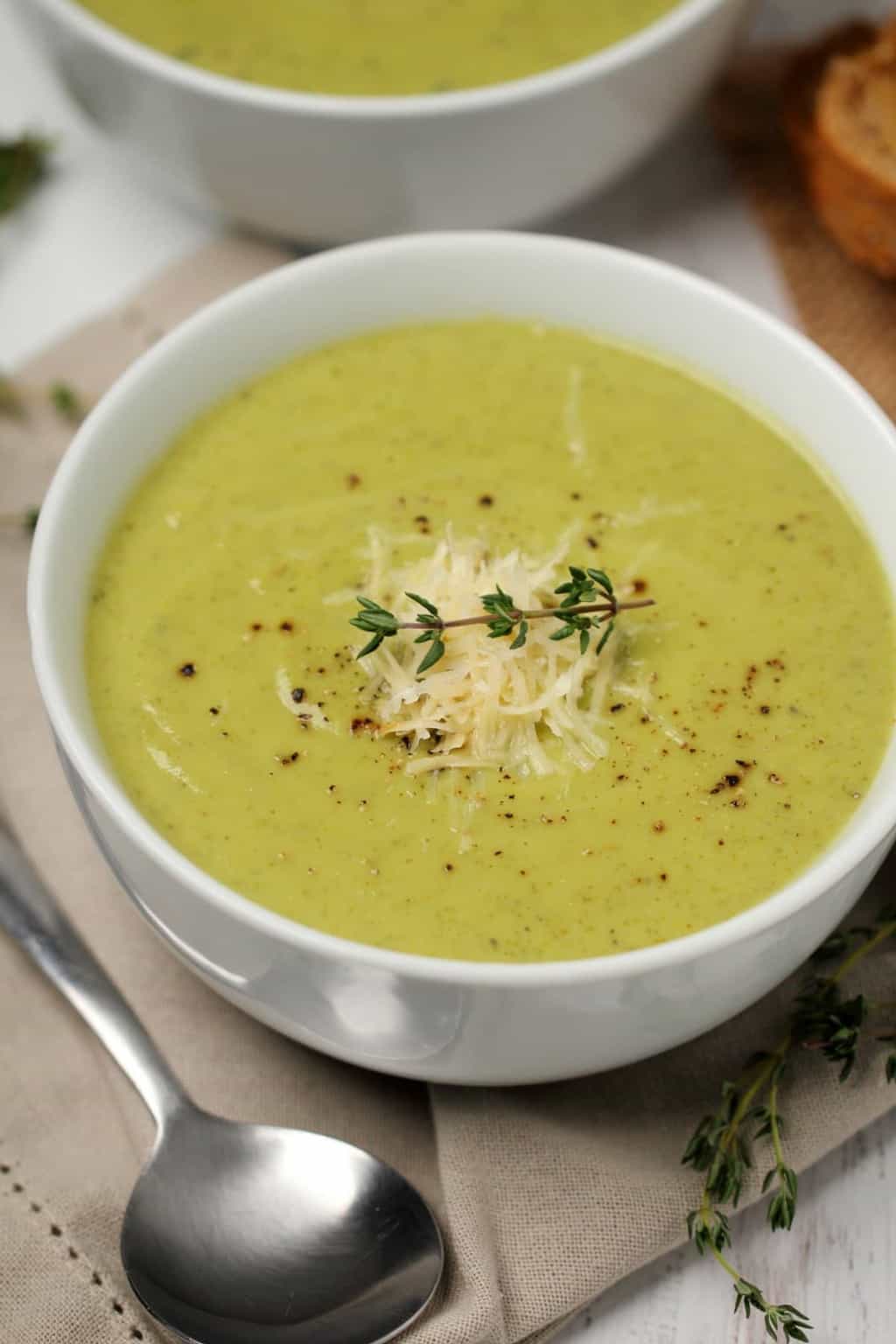 So I was sceptical about this vegan zucchini soup.

I freely admit I thought it might be weird to have a soup made out of zucchini.

I was so very wrong.

Zucchinis in a soup is a terrific idea. The resulting soup is so creamy and delicious you’ll want to make it often.

And you know what else is great? It’s ready in around 30 minutes from start to finish. Another super easy soup that is ready in 30 minutes is our vegan broccoli soup so check that out too. 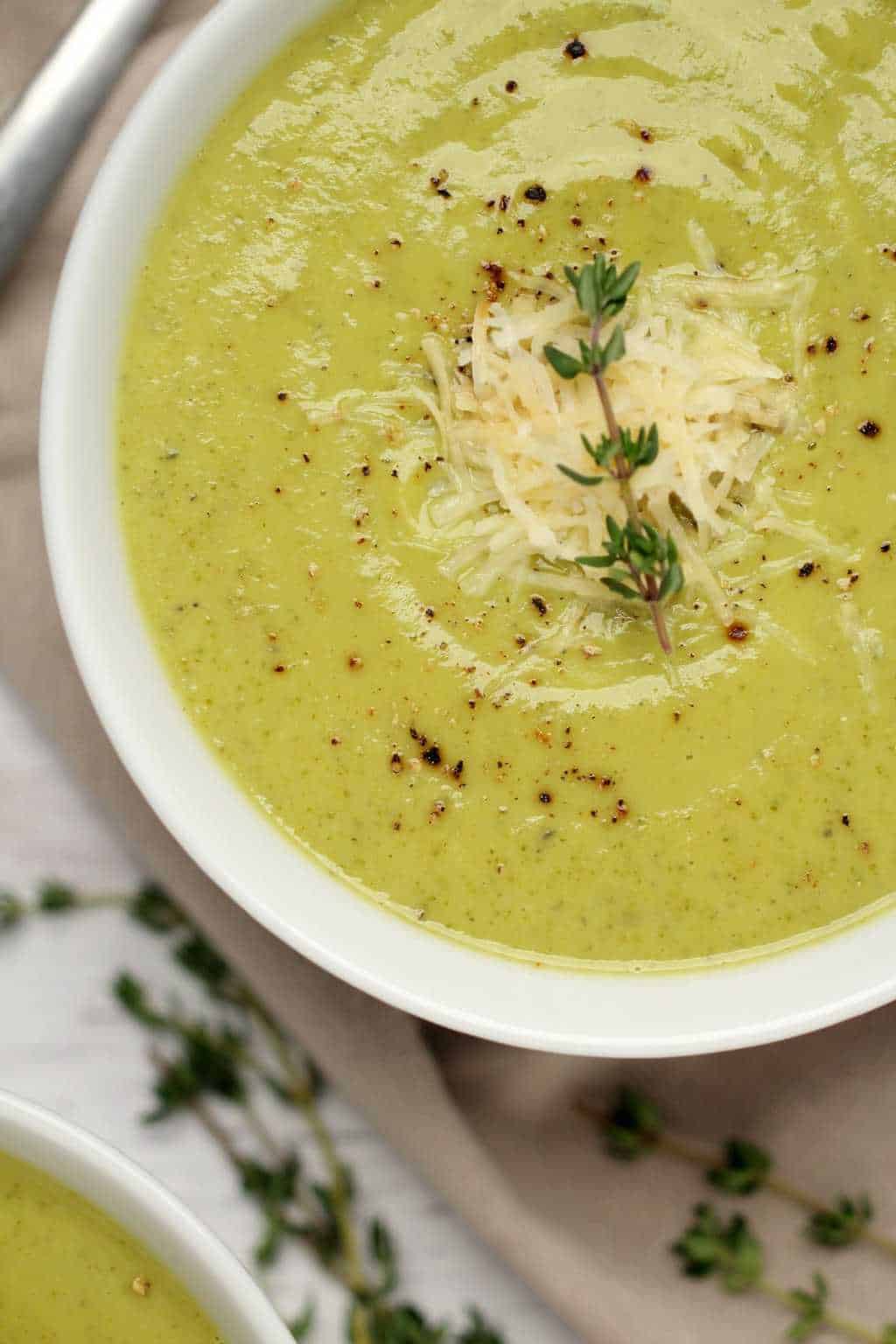 How To Make Vegan Zucchini Soup

You fry up some onions and garlic with olive oil and some dried herbs, then you add in your sliced zucchinis and toss up with the onions.

Then you add in some vegetable stock and a can of coconut cream.

Bring it to the boil and then let it simmer (covered) until the zucchinis are softened. I found this to be really fast, my zucchinis were softened in about 10 minutes! But when Jaye re-tested the recipe he cooked it in a different pot and it took a bit longer (15 minutes).

So the timing could be a little different, just keep an eye on it and when the zucchinis are nice and soft, it’s done.

Blend it up with an immersion blender and add a bit of salt and pepper to taste. 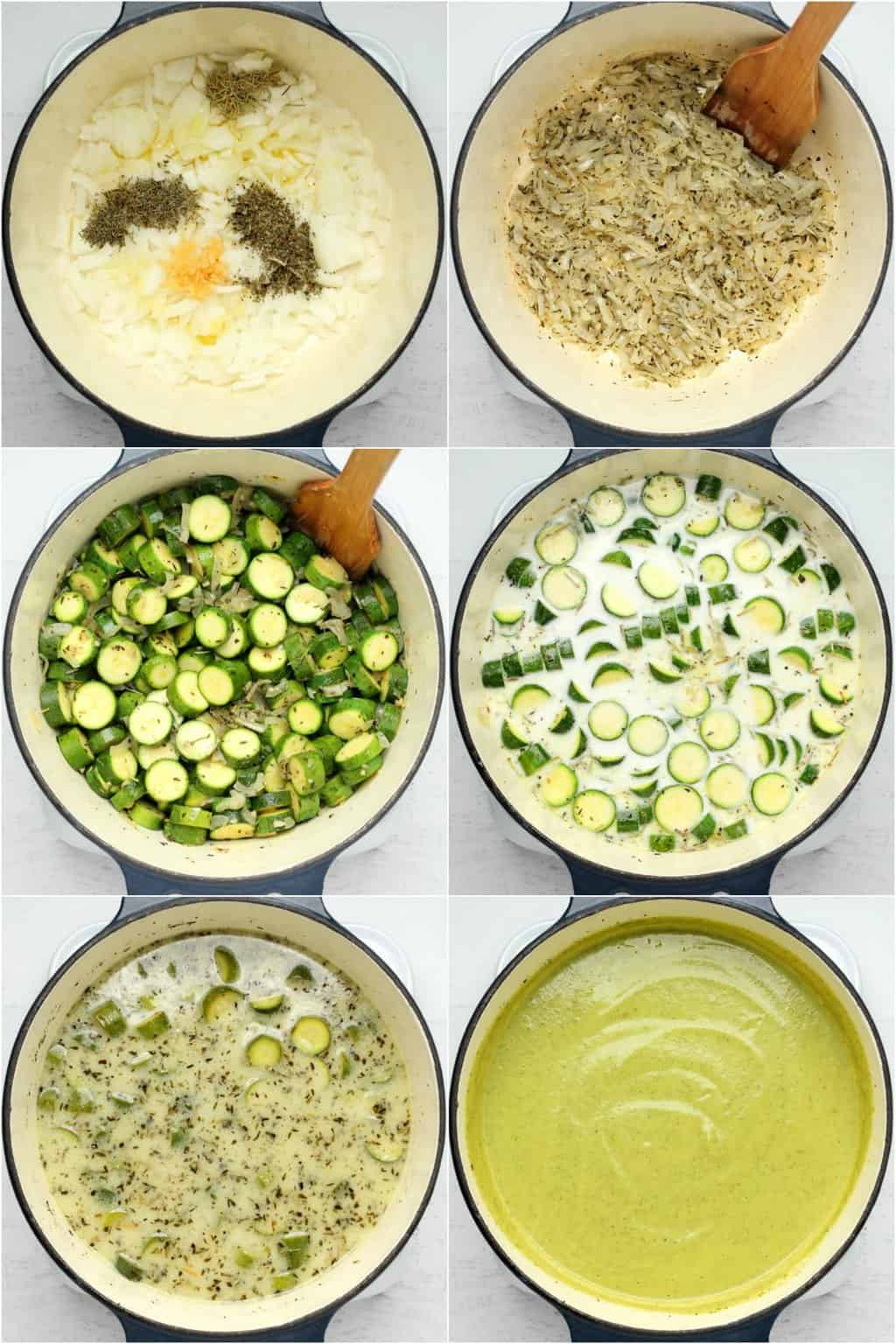 How To Serve It

We have been getting some awesome vegan parmesan cheese made by a company called Violife. And a bit of this grated up over the top with a sprinkle of black pepper and a sprig of fresh thyme was divine.

A sprinkle of homemade vegan parmesan cheese would also be great!

But honestly it doesn’t need any fancying up. It’s really great as is. If you like serving soup with bread, then this is also a great soup for dipping. 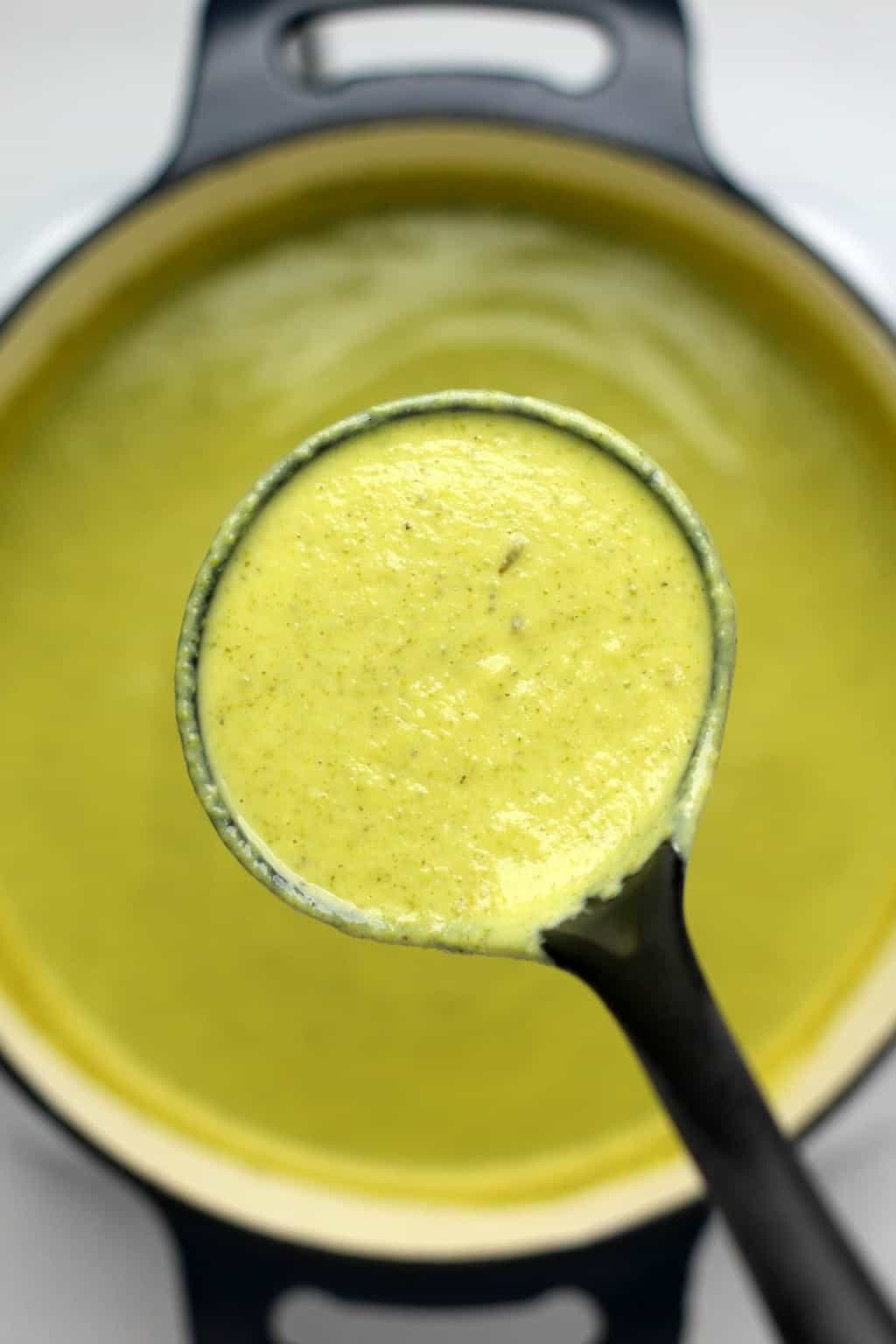 Leftovers keep very well in the fridge and can be reheated the next day. It’s also freezer friendly for up to 3 months. 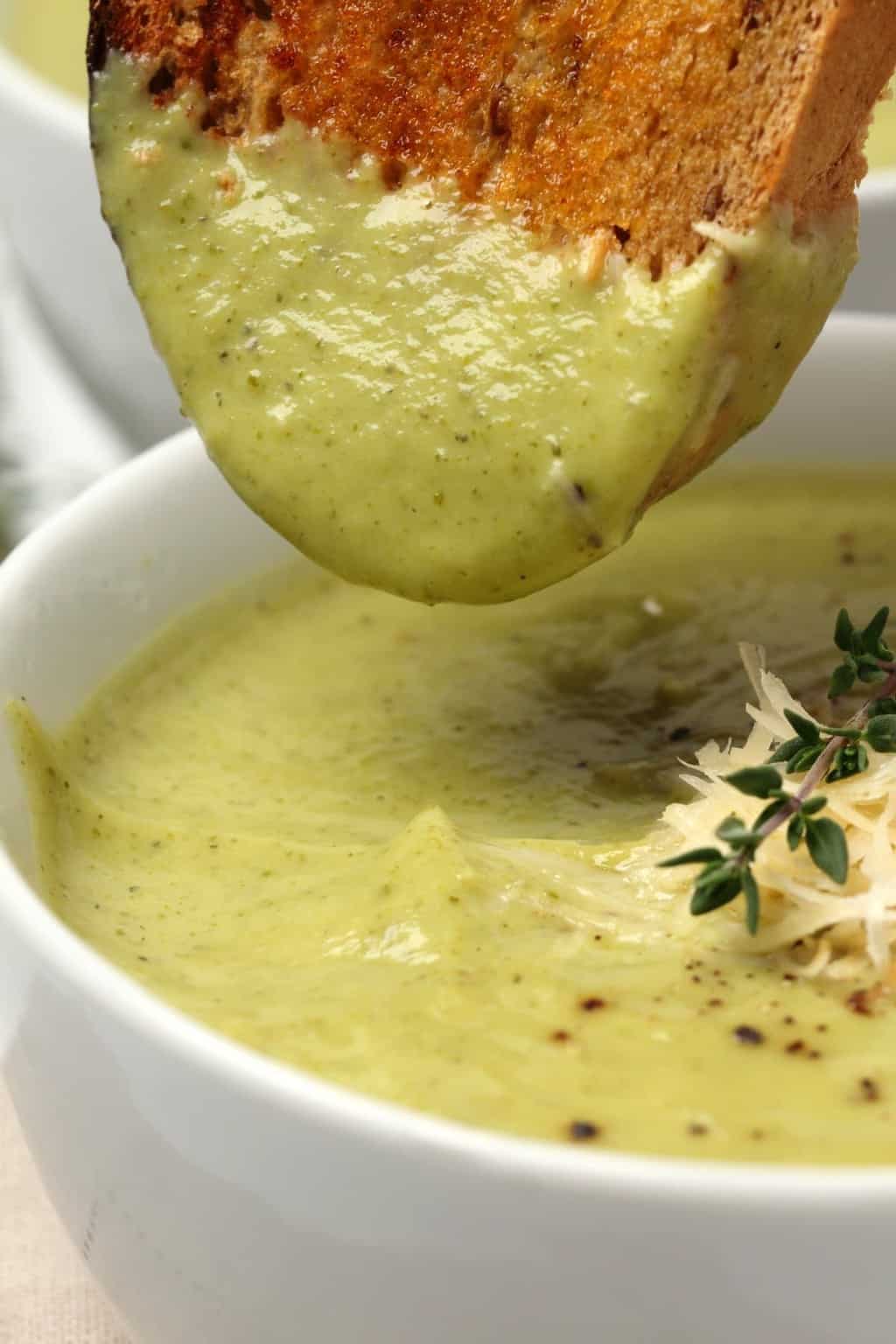 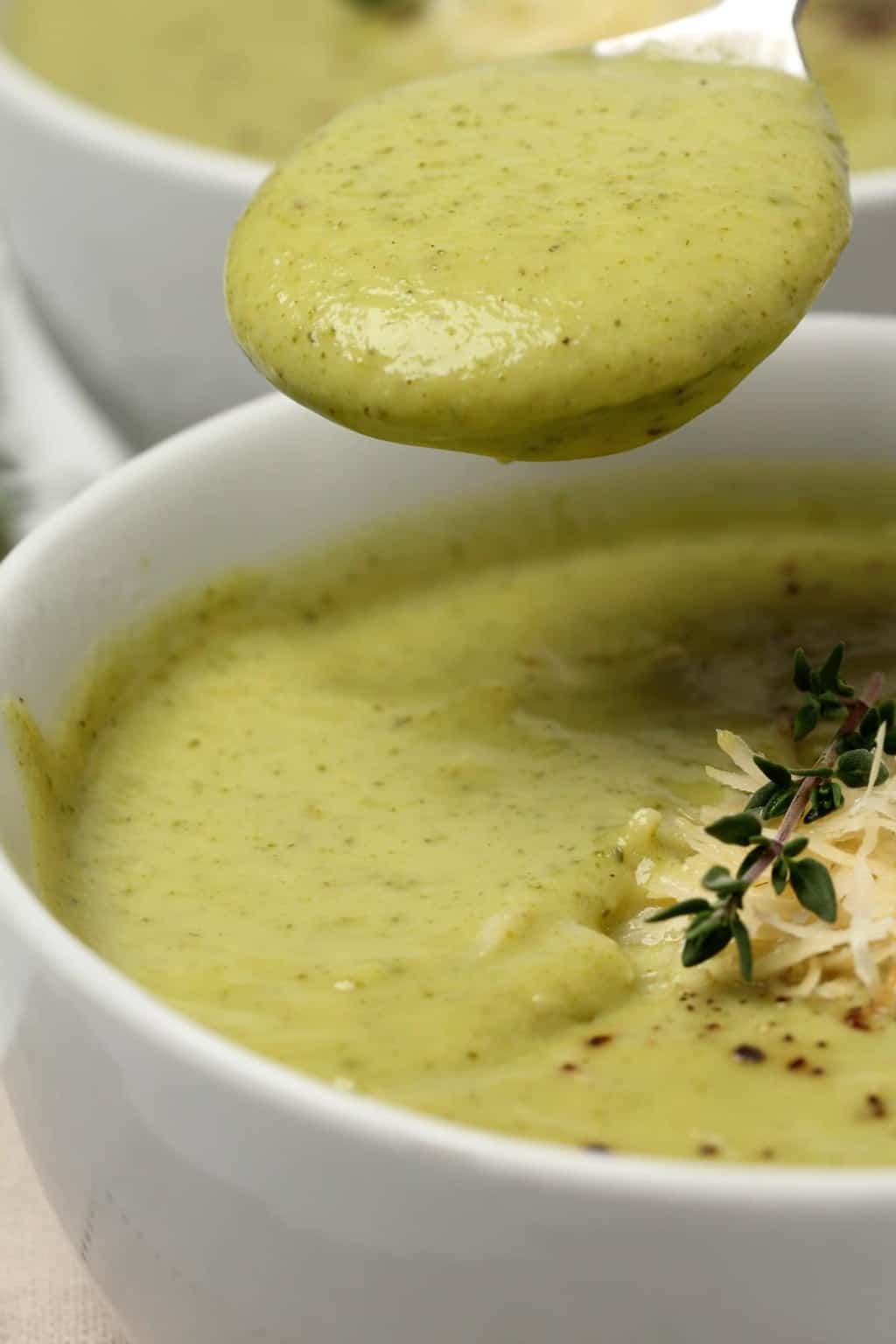 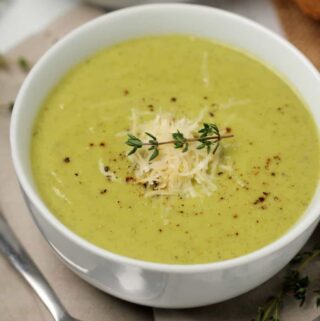