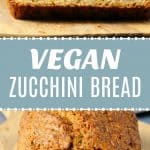 This vegan zucchini bread is the latest in the zucchini craze I’ve been on.

Basically, zucchini in baked goods is a fabulous idea. It’s almost undetectable in the final baked result, but it adds heaps of moisture and you get a couple of servings of veggies from your baked goods! This is very much a win/win situation. 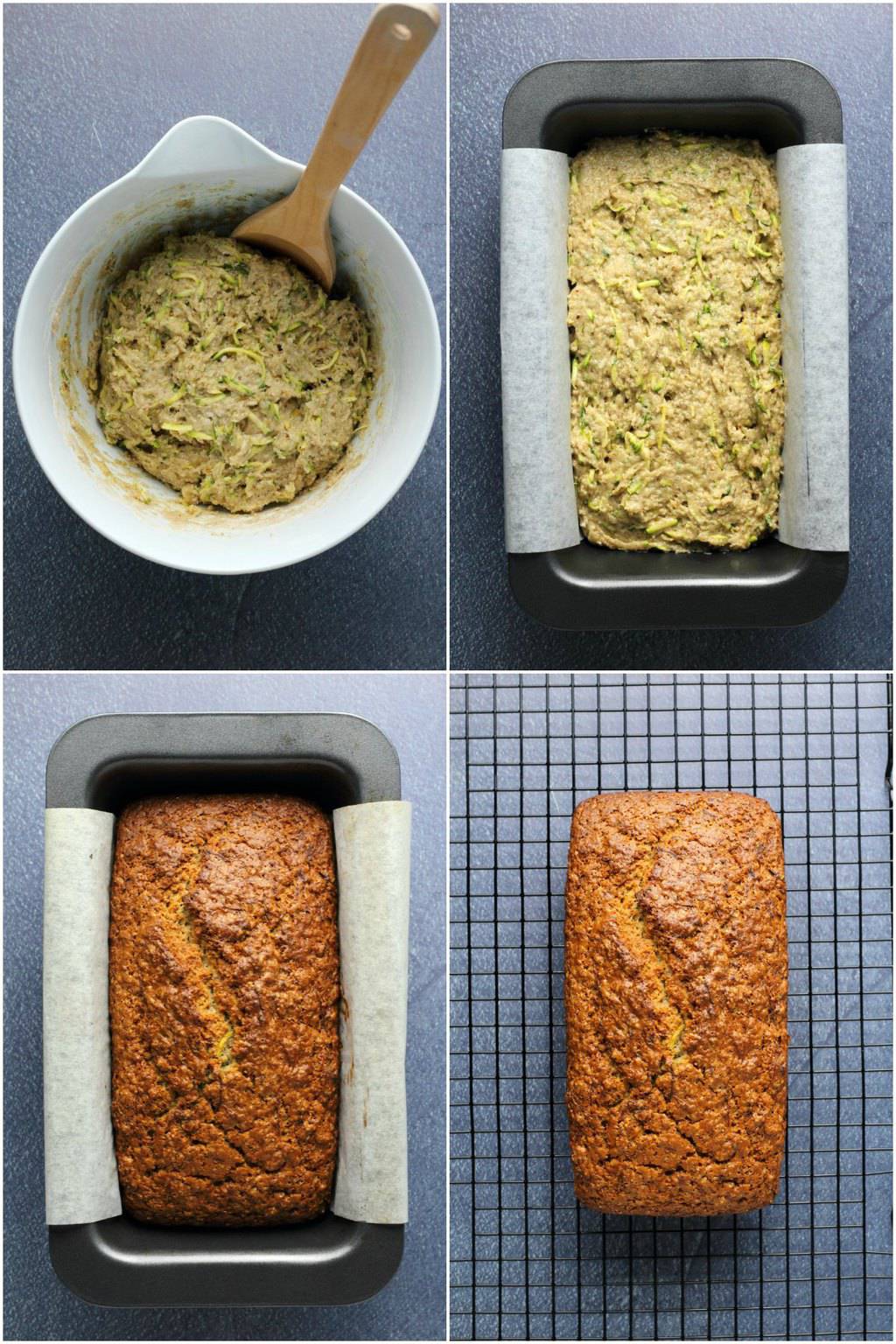 How to make Vegan Zucchini Bread

As you can see from the pics above, the zucchini bread batter isn’t the most beautiful looking thing on the planet. But once it’s baked into bread, suddenly it’s gorgeous!

So don’t be put off by the look of the batter.

The batter is also very, very thick. In fact you will likely think I’ve left something important out of the recipe, like a lot of extra liquid! But don’t worry, it does come together.

Add everything into the bowl and mix it up, it will look like it will never come together, there will be way too much dry stuff for the amount of liquid.

Leave the bowl for a couple of minutes while you prepare your loaf pan with some non-stick spray and parchment paper and then come back to it and mix again and suddenly it works. What happens is the zucchini releases extra moisture while sitting and suddenly it all works.

If you add extra liquid (beyond what the recipe calls for) you could definitely end up with a stodgy bread, so just be a little patient with it and it will all come together so you have a batter that looks like what you see in the picture above. 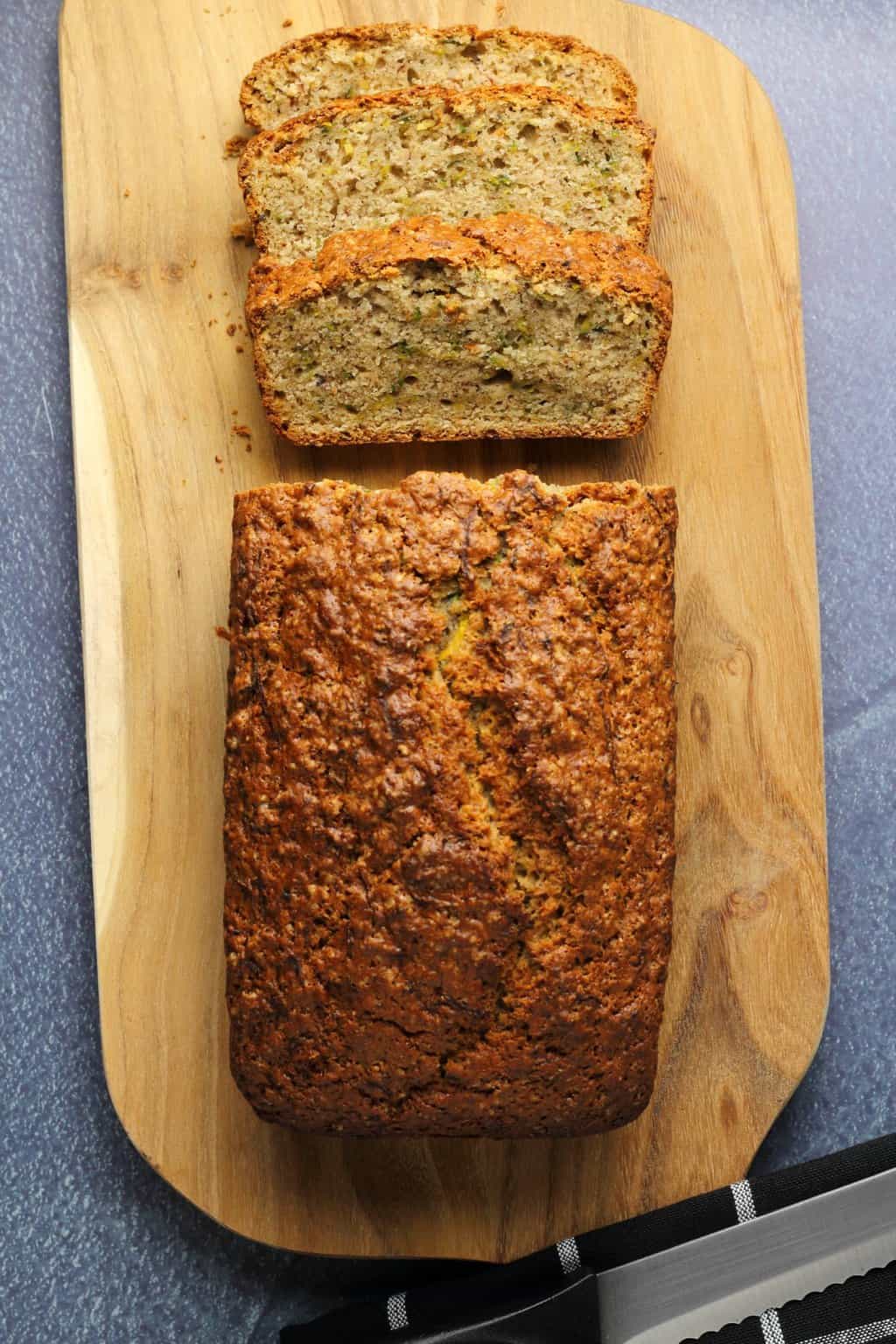 Something to keep in mind is not to overmix the batter.

This is why you want to do a quick mix, and then just leave the bowl for a couple of minutes and then come back and mix again. You have to be careful not to overmix, because this can cause your bread to not rise properly.

But all this aside, this is a really easy recipe that works wonderfully well when followed correctly, so don’t be daunted by odd looking batter or worries about overmixing. 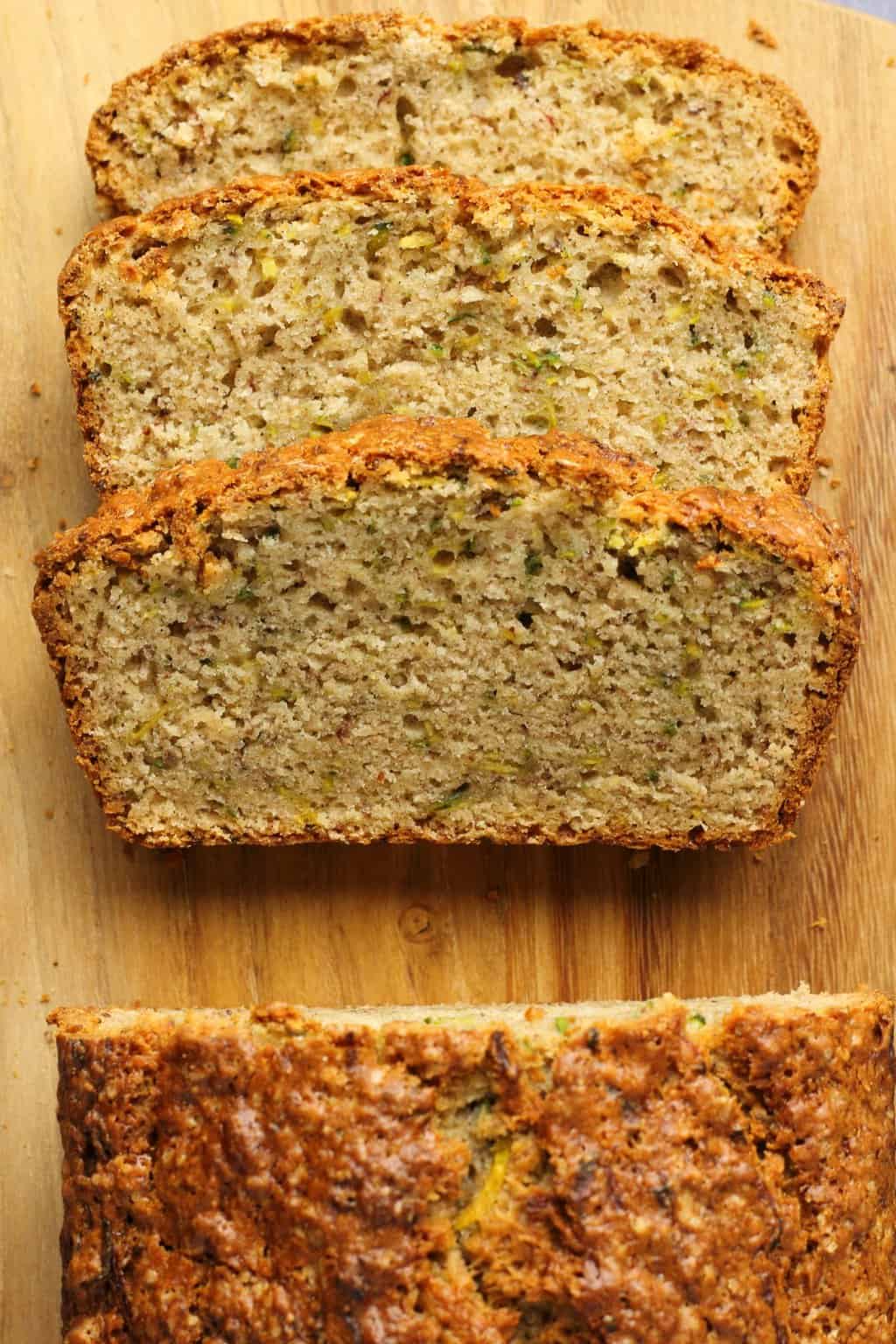 So I hope you’re going to love this vegan zucchini bread! It is:

Yes, you can see little flecks of green zucchini in there and it’s super pretty, but don’t worry, it does not taste anything like green vegetables! It is just like a delicious dessert bread, kinda like banana bread, but also not.

Store the bread covered at room temperature where it will keep for up to 5 days. 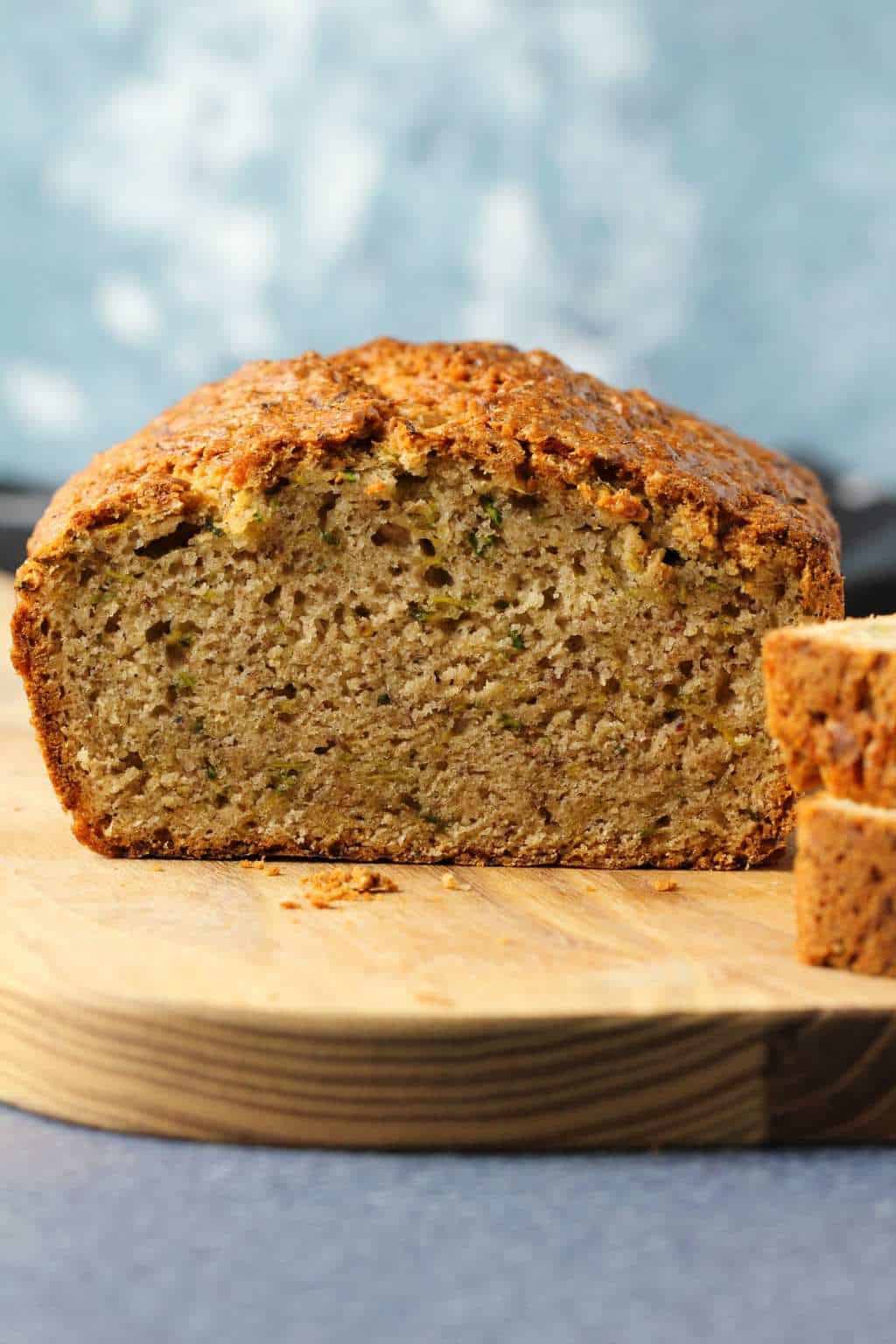 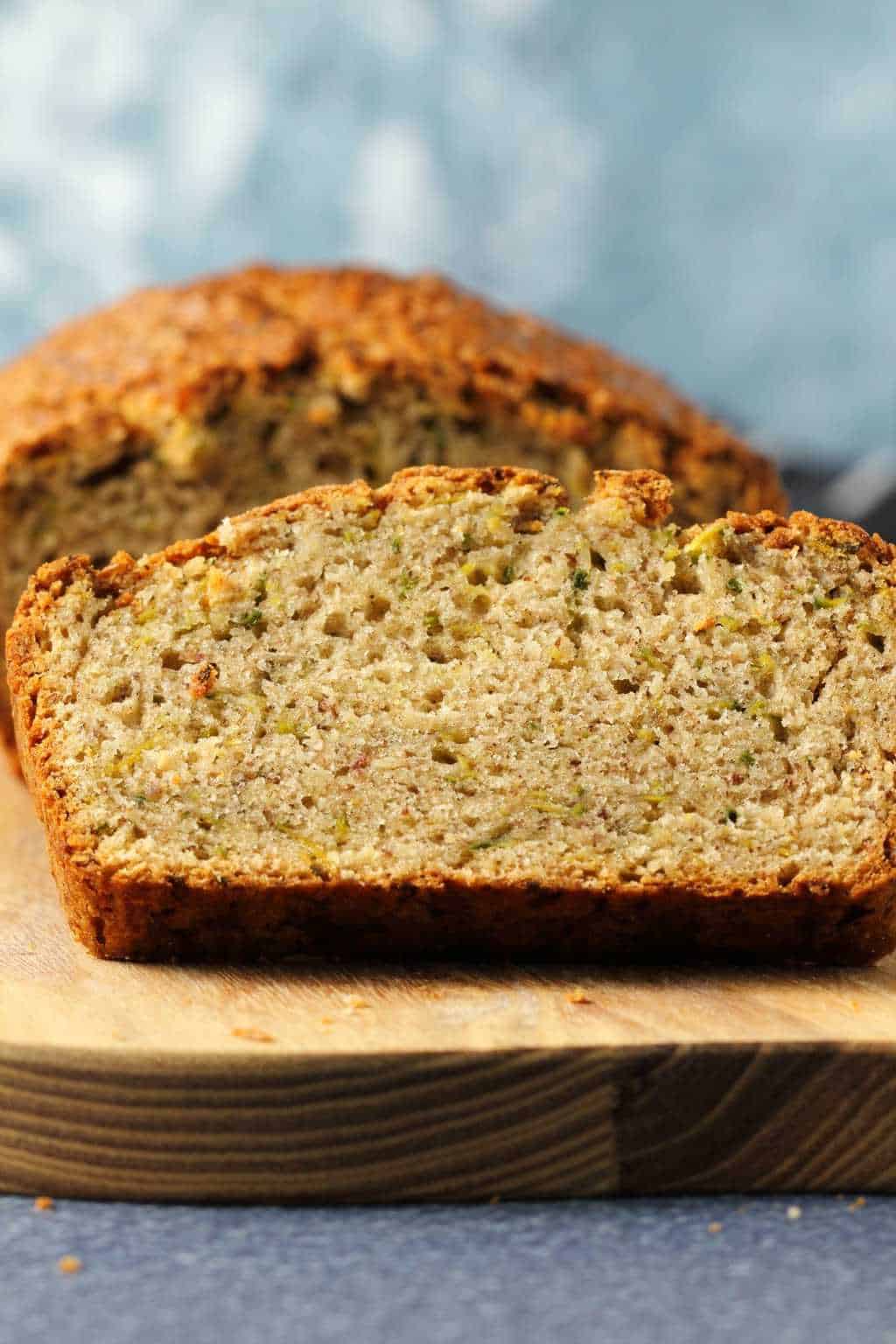 So what do you think of this vegan zucchini bread? Going to try it soon? Let us know in the comments. And please do rate the recipe too as that is a huge help! Thank you!

Sign up to our email list while you’re here, you’ll get an awesome 10-recipe ebook containing vegan dinner recipes and you’ll be the first to know when new recipes are posted to the blog. 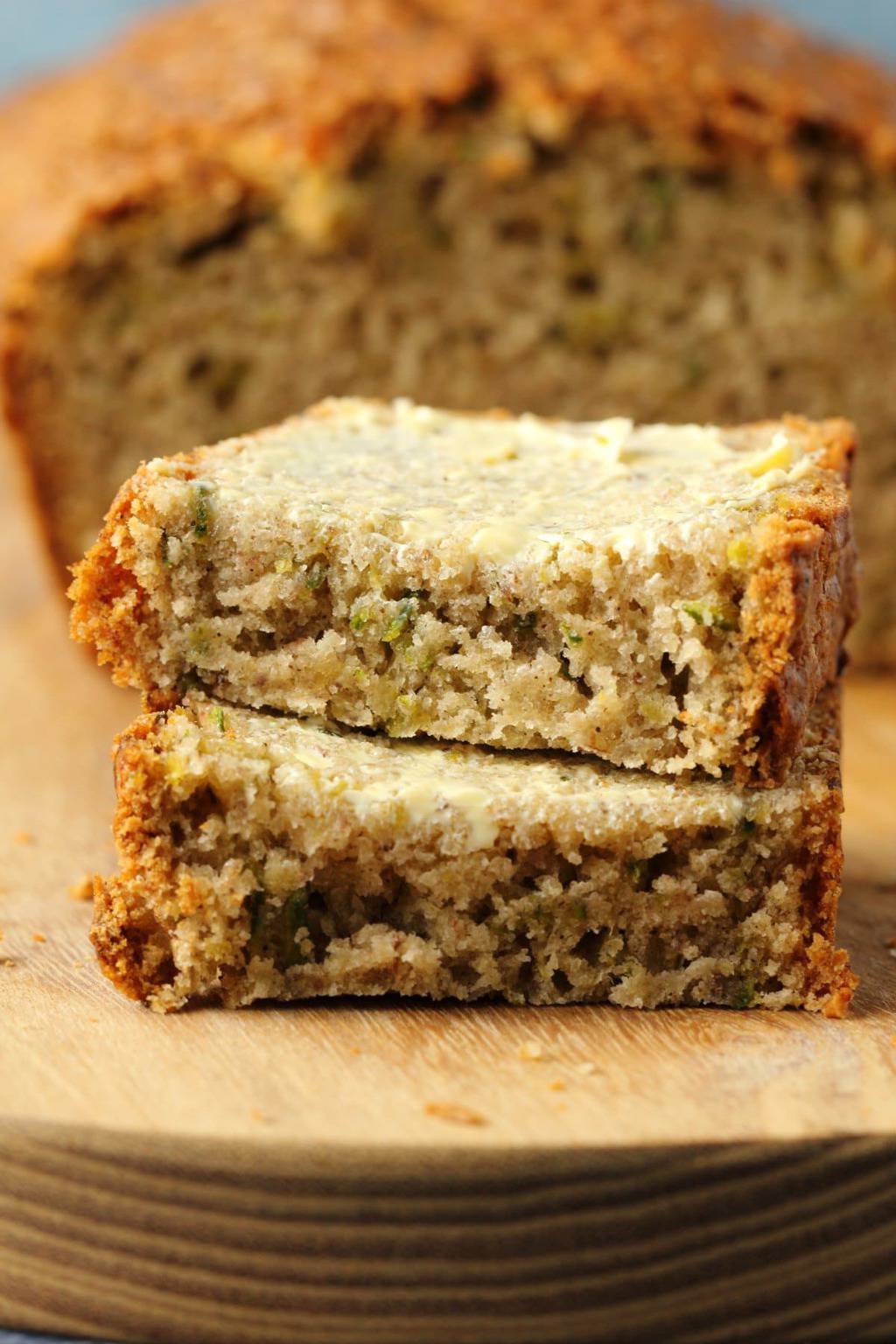 *You can use another non-dairy milk like almond milk if you prefer.

*I usually shred my zucchini in the food processor (you shred it with the skins on, no need to peel it first) as it’s the easiest way to do it.

Loving It Vegan is a participant in the Amazon Services LLC Associates Program, an affiliate advertising program designed to provide a means for sites to earn advertising fees by advertising and linking to Amazon.com. This site may contain some of these links to Amazon.com. If you make a purchase through one of those links, Loving It Vegan will receive a small commission from the purchase at no additional cost to you.
Previous Post: « Vegan Couscous Salad with Tahini Dressing
Next Post: Peanut Butter Banana Ice Cream – 2 Ingredients! »