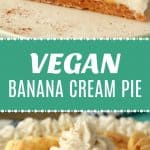 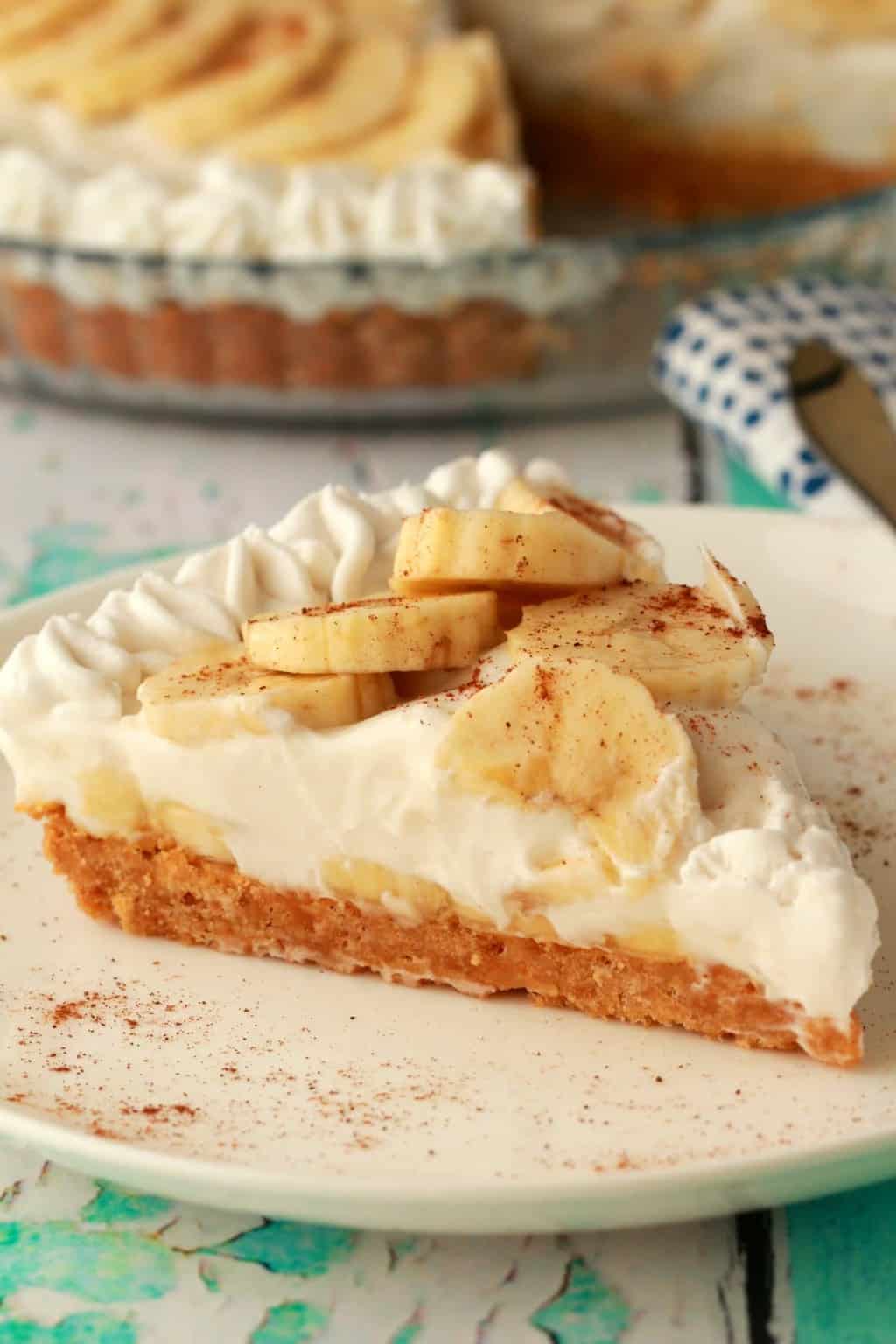 No sooner had we finished making this vegan banana cream pie the other day, and the doorbell rang. It was my sister and her hubby popping by to collect something.

They were so charmed to get served a slice of this pie! In fact they ate 2 slices each and were raving about it!

I love nothing more than my desserts being appreciated I can tell you! I’m sure it’s the same for you. There’s the joy of making something scrumptious and the joy of eating a bit of it yourself, but the most fun is seeing others enjoying what you’ve made. 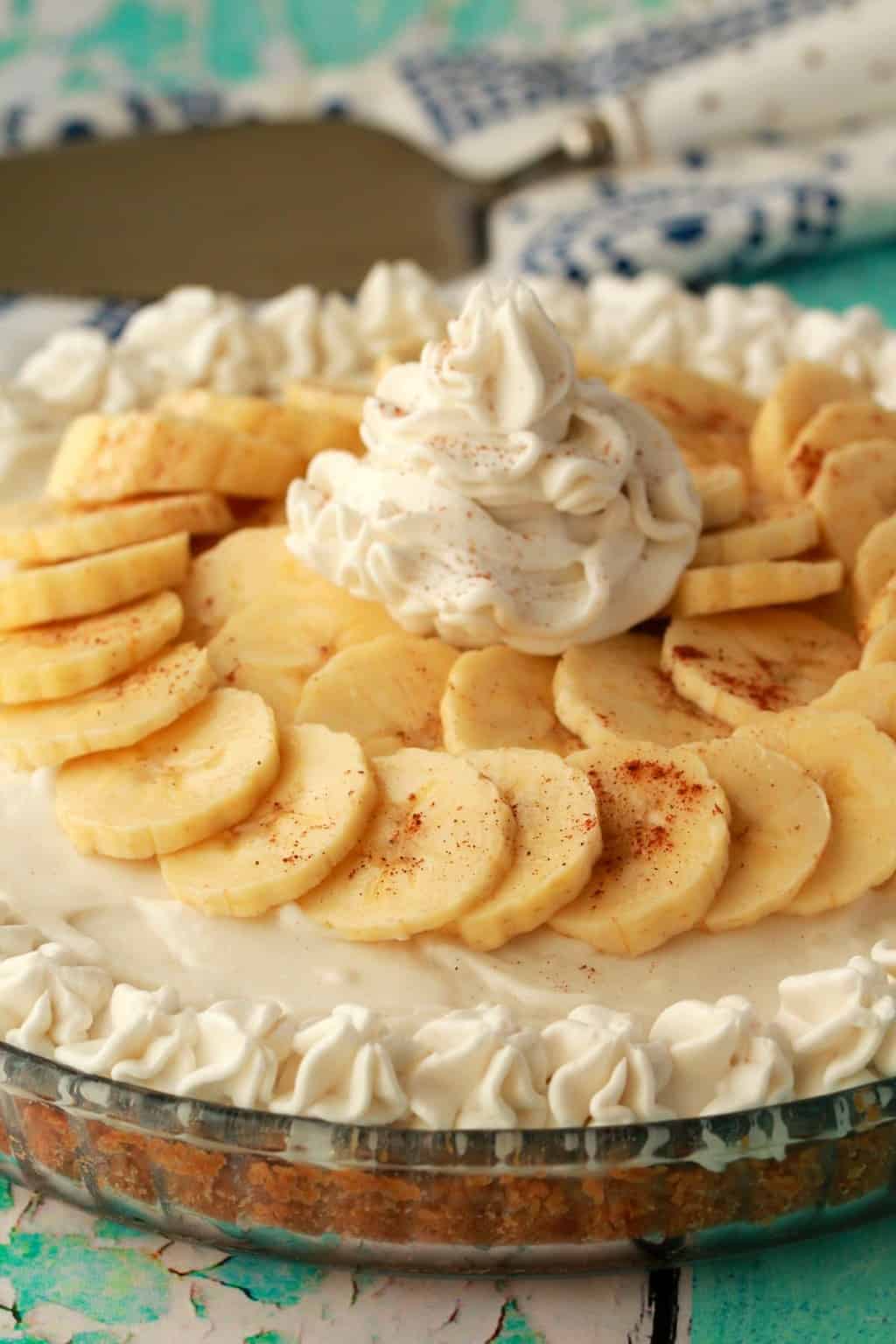 I decided to go with golden oreos for the crust, and then instead of just going with a no-bake crust (which is what I usually do), I decided to bake this one.

Jaye often moans about how the crust is crumbly (though personally I have no problem with a crumbly crust), so I baked this one and let me tell you, it holds together! In fact it holds together so well it’s a bit hard to cut it.

And once you’ve cut a slice you can hold it up and take bites out of it as you would a slice of pizza!

It’s your choice though whether to bake it or not bake it. Just bear in mind that if you bake it, it makes a very hard crust – super delicious though, like a hard cookie – and if you don’t bake it, it’s a crumbly cookie crust. Either way – it’s going to be divine. 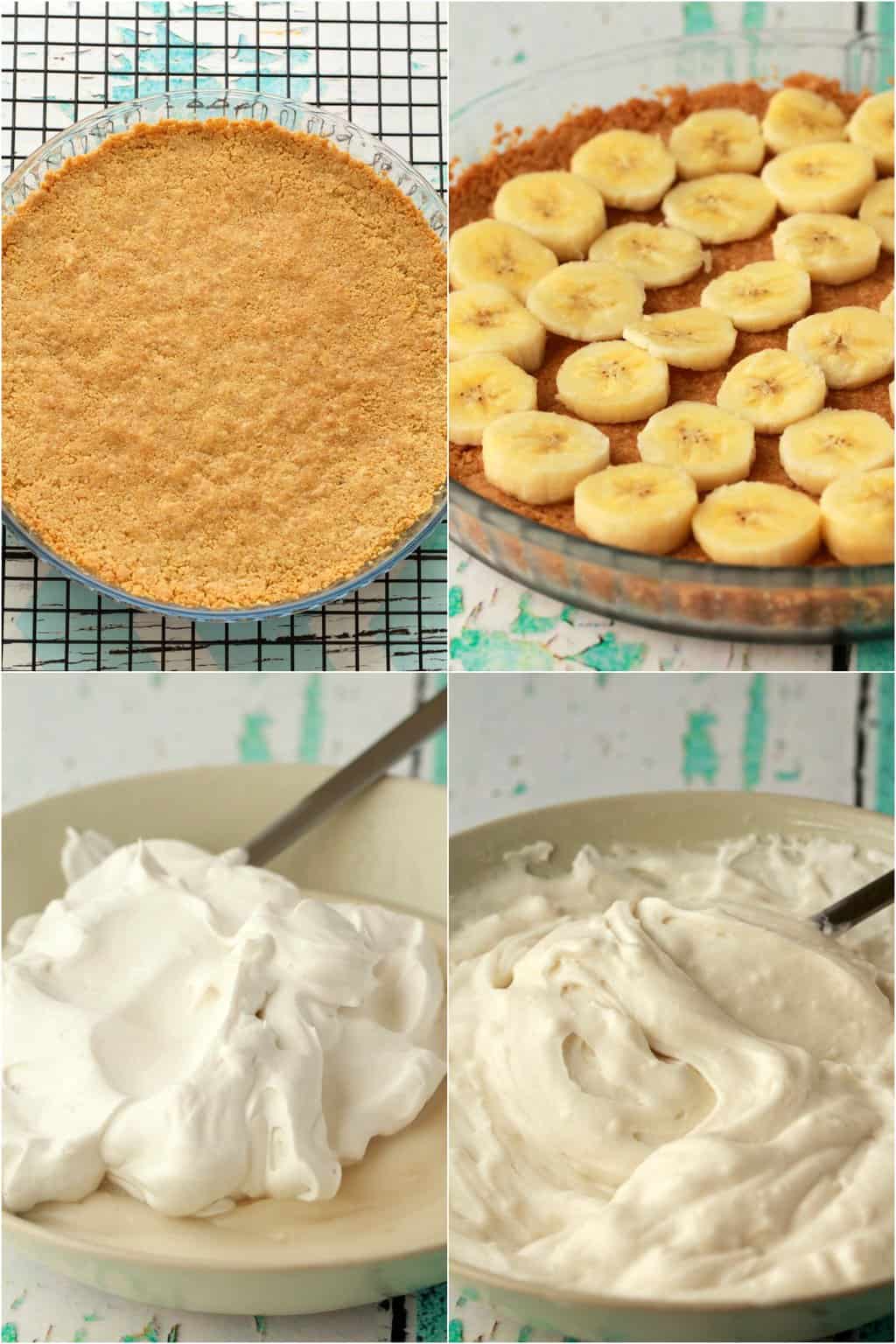 The pudding part of this pie is a mix of corn starch, coconut milk, sugar, salt and vanilla and makes the most delicious vanilla cream pudding.

Jaye took one taste of this and declared we have to put this as the filling in some vegan chocolates one of these days!

I used the same method as I used in my coconut cream pie, where I mixed whipped coconut cream in with the pudding to make a delicious pie filling.

This worked so well, but only once my filling was on the pie, and I was piping some remaining whipped cream around the sides, that I felt a moment of disappointment, wishing that I had used something to make my pie filling yellow! 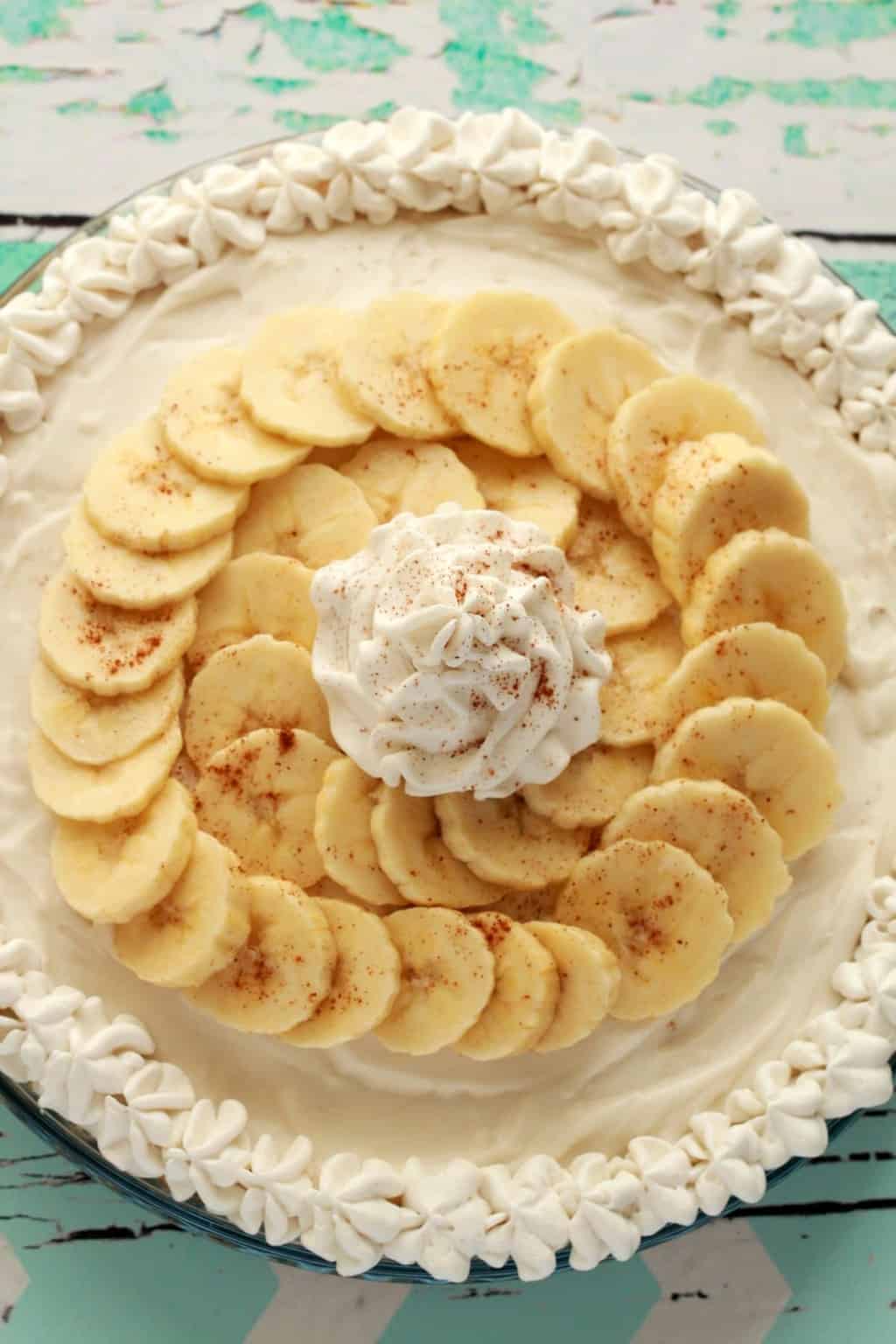 Because there isn’t any difference in color between the pie filling and the whipped cream along the sides. Banana cream pie filling is usually yellow, but that’s because it’s usually made with egg yolks!

But I wished that I had tried something to make it yellow, so that it stood out a little against the whipped cream piped around the sides, like perhaps a drop or two of food coloring. But never mind – if you would like yours yellow, then use a tiny bit of food coloring. Unfortunately corn starch is white! 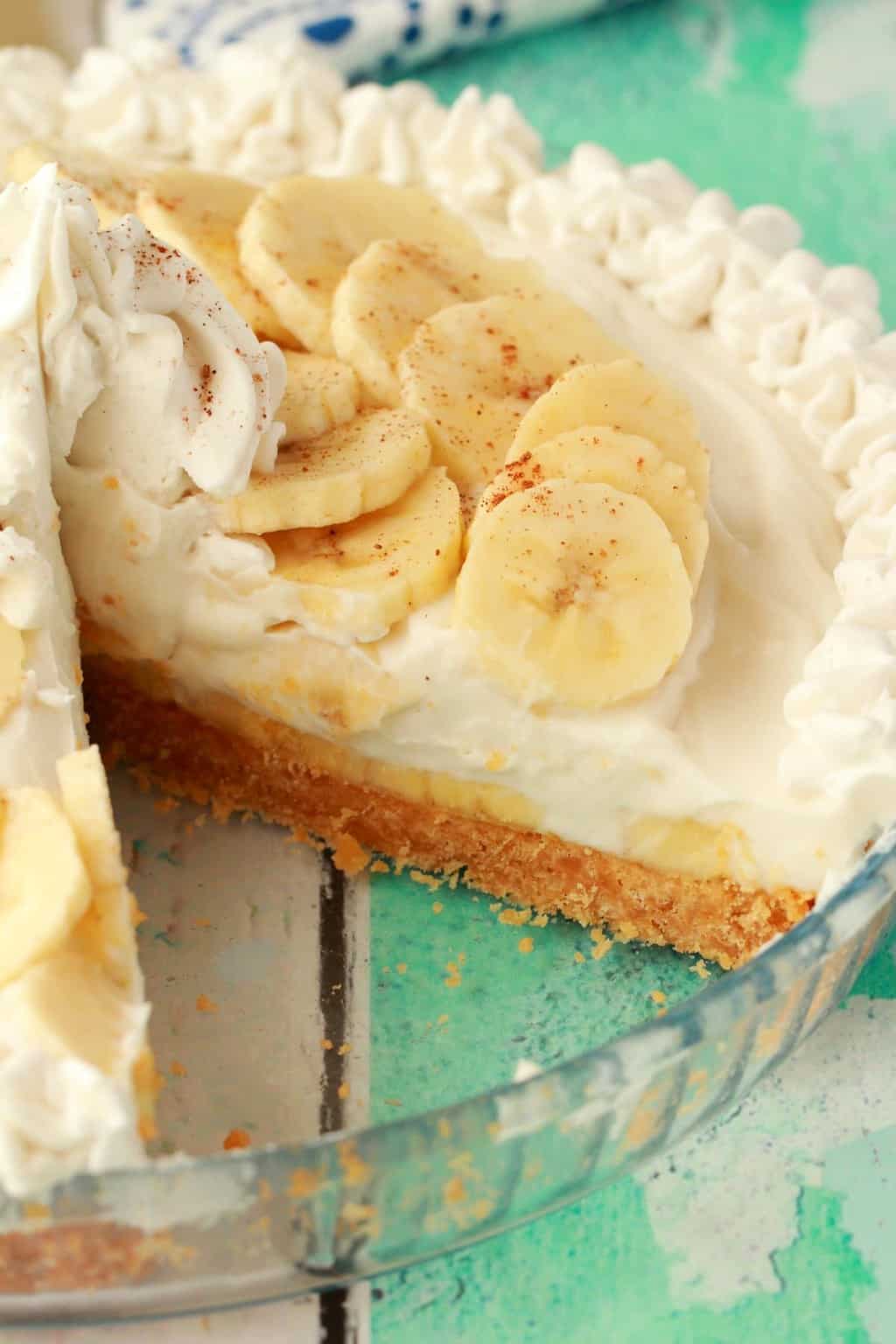 And then of course since this is a banana cream pie, you pile on that sliced banana! But remember, if you’re not going to eat this pie within 24 hours or so you best hold off on the banana. Banana oxidizes pretty quickly.

You can brush your banana slices in a little lemon juice which makes them last a bit longer, but they’re still not going to stay fresh all that long.

So this is a eat right away sort of deal!

If you want to make this pie in advance, then hold off on assembling the full pie. So you can make your pudding, whip your vegan cream, prepare your crust, and then assemble it with the banana slices only when you’re ready to serve it. 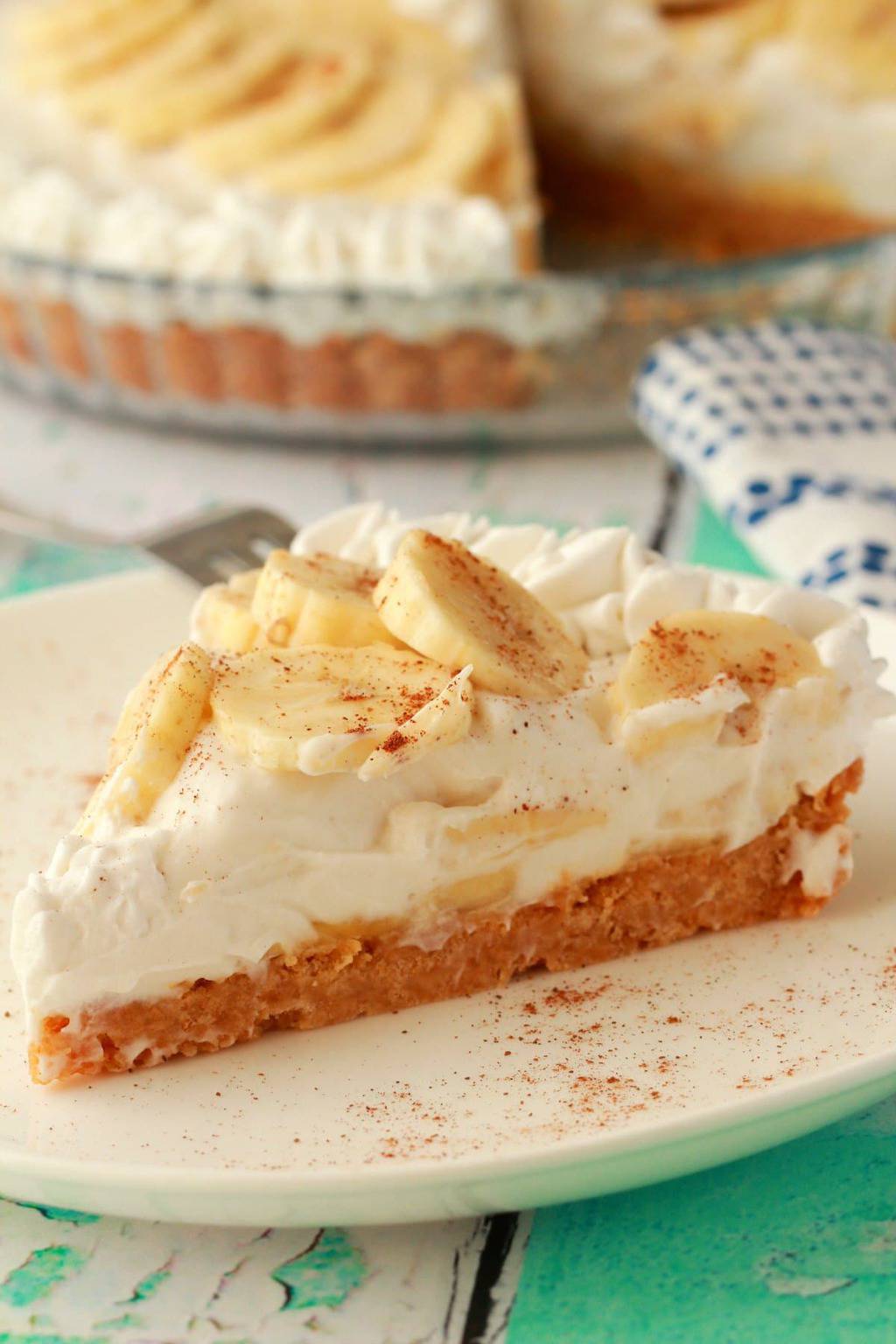 So I’m pretty sure you’ll love this vegan banana cream pie, it is:

Keep this pie covered in the fridge and enjoy within 24 hours so that the banana slices stay nice and fresh. 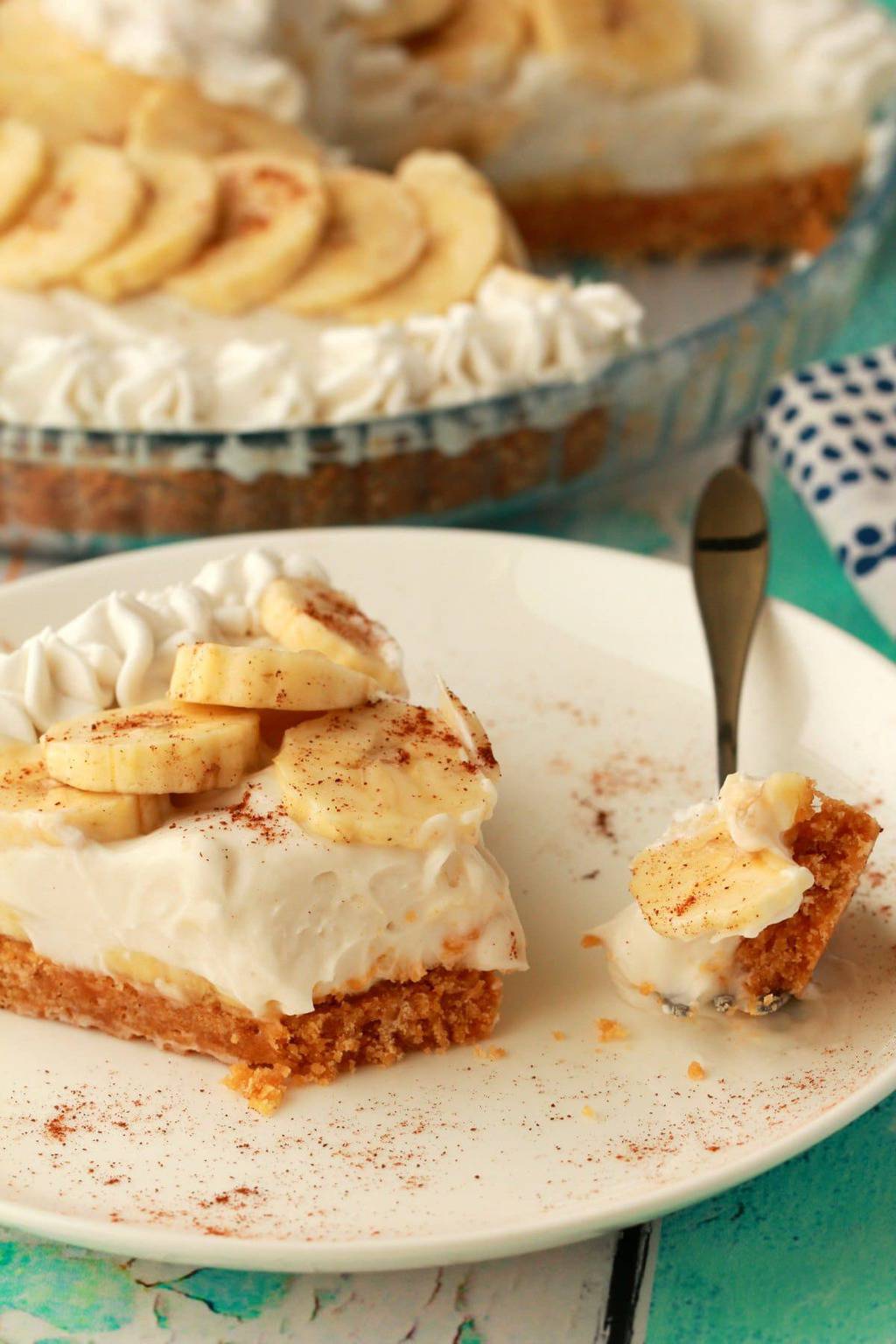 So what do you think of this vegan banana cream pie, let me know in the comments! And rate the recipe too please. Thank you.

Sign up to our email list for a free recipe ebook (10 awesome recipes!) and you’ll also stay updated with all our latest recipes posted to the blog. 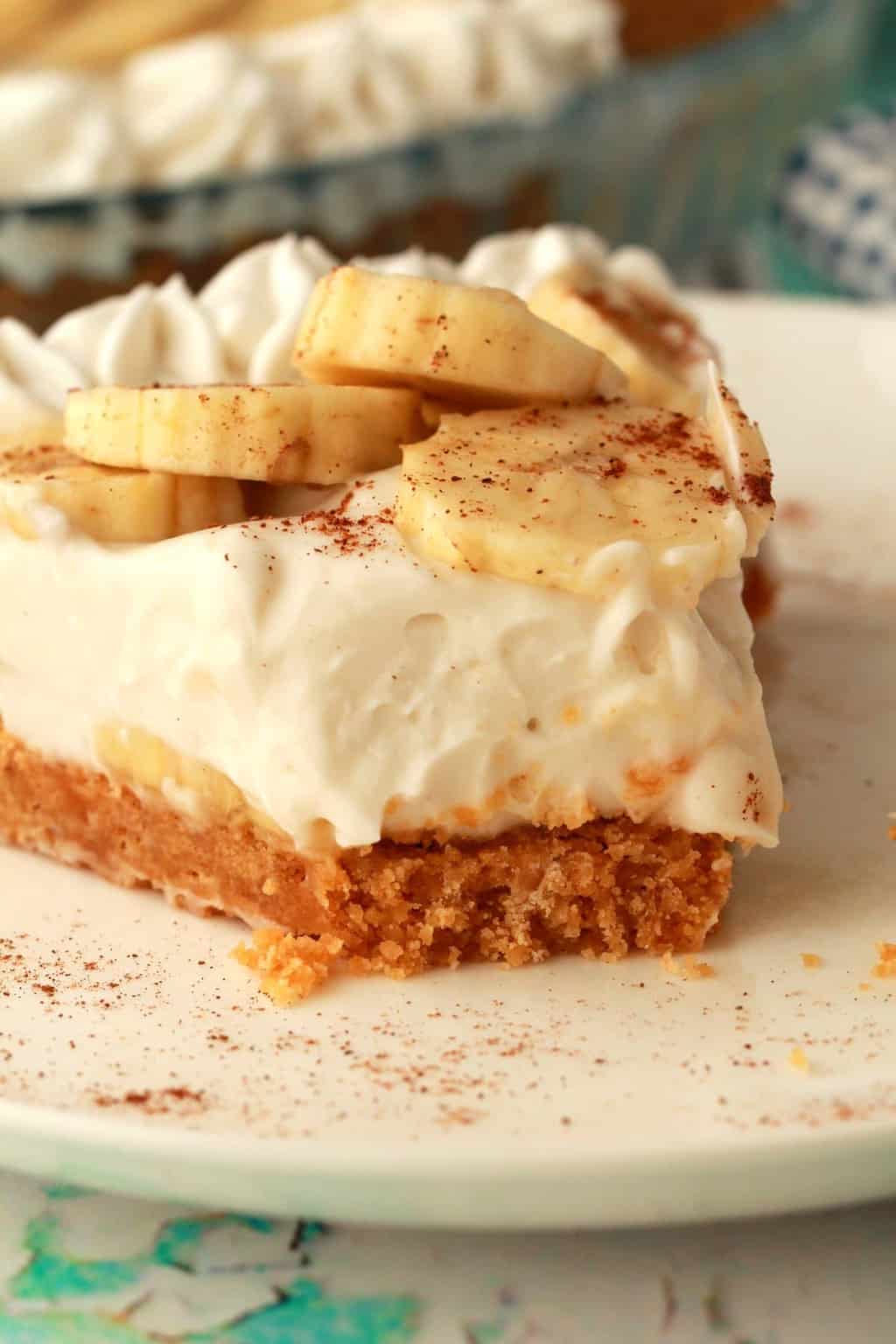 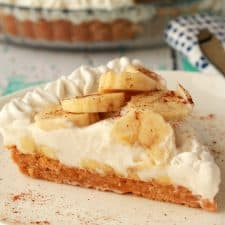 *Prep time does not include time spent cooling/setting.