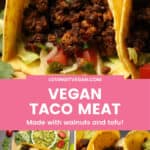 This vegan taco meat is made with tofu, walnuts and spices and makes a wonderfully chewy and ‘meaty’ vegan meat substitute. 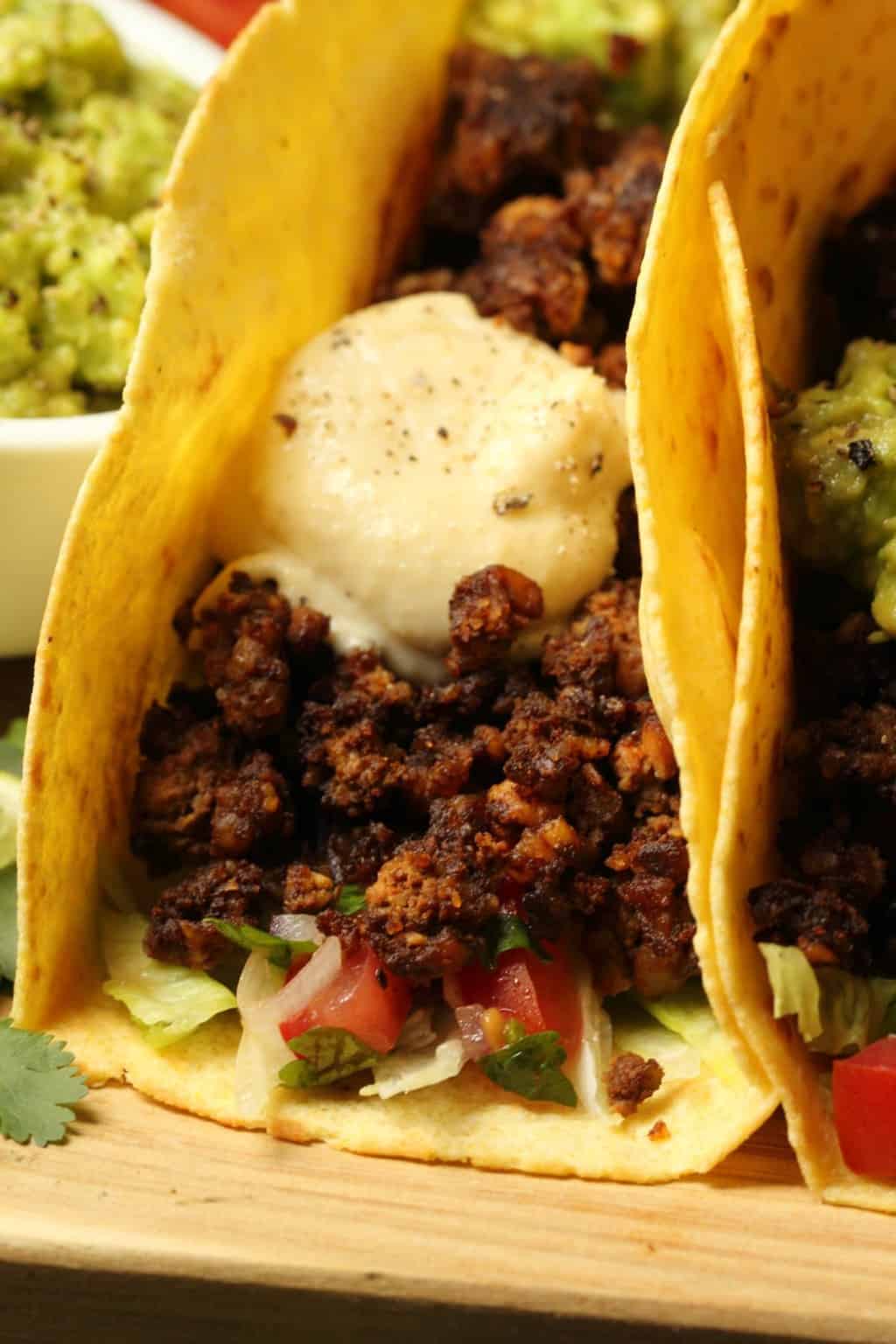 This vegan taco meat is the best thing ever to go in your tacos! Or on top of your nachos.

It’s chewy and delicious and high in protein and makes a nice big portion so you can either serve a bunch of people for taco night or just eat tacos for days in a row (highly recommended).

It’s also really easy to make! Don’t let all the process photos fool you into thinking it’s more complicated than it is, this is simple. 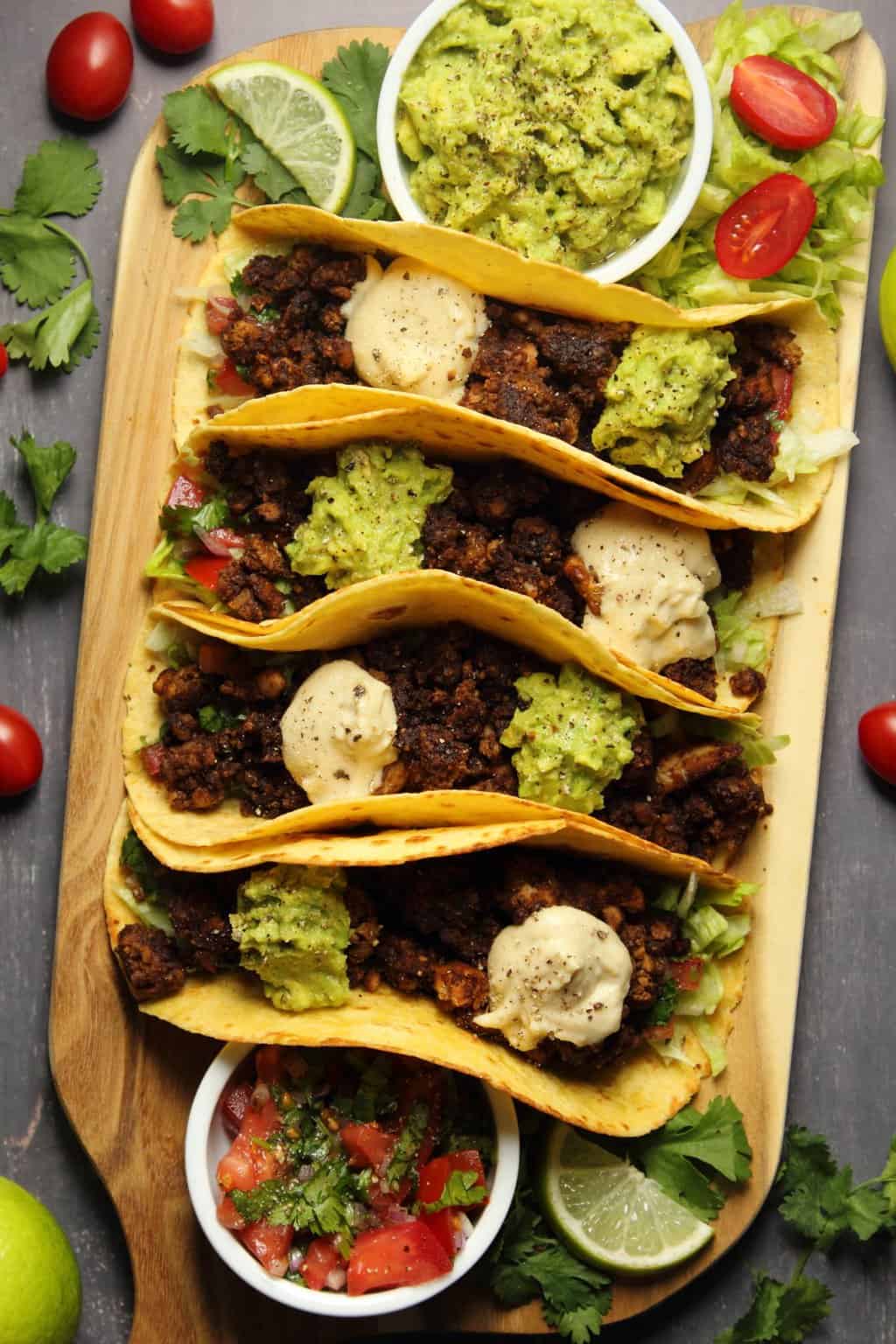 How To Make Vegan Taco Meat

Full instructions and measurements can be found in the recipe card at the bottom of the post. This is just a summary of the recipe to go along with the process photos below. 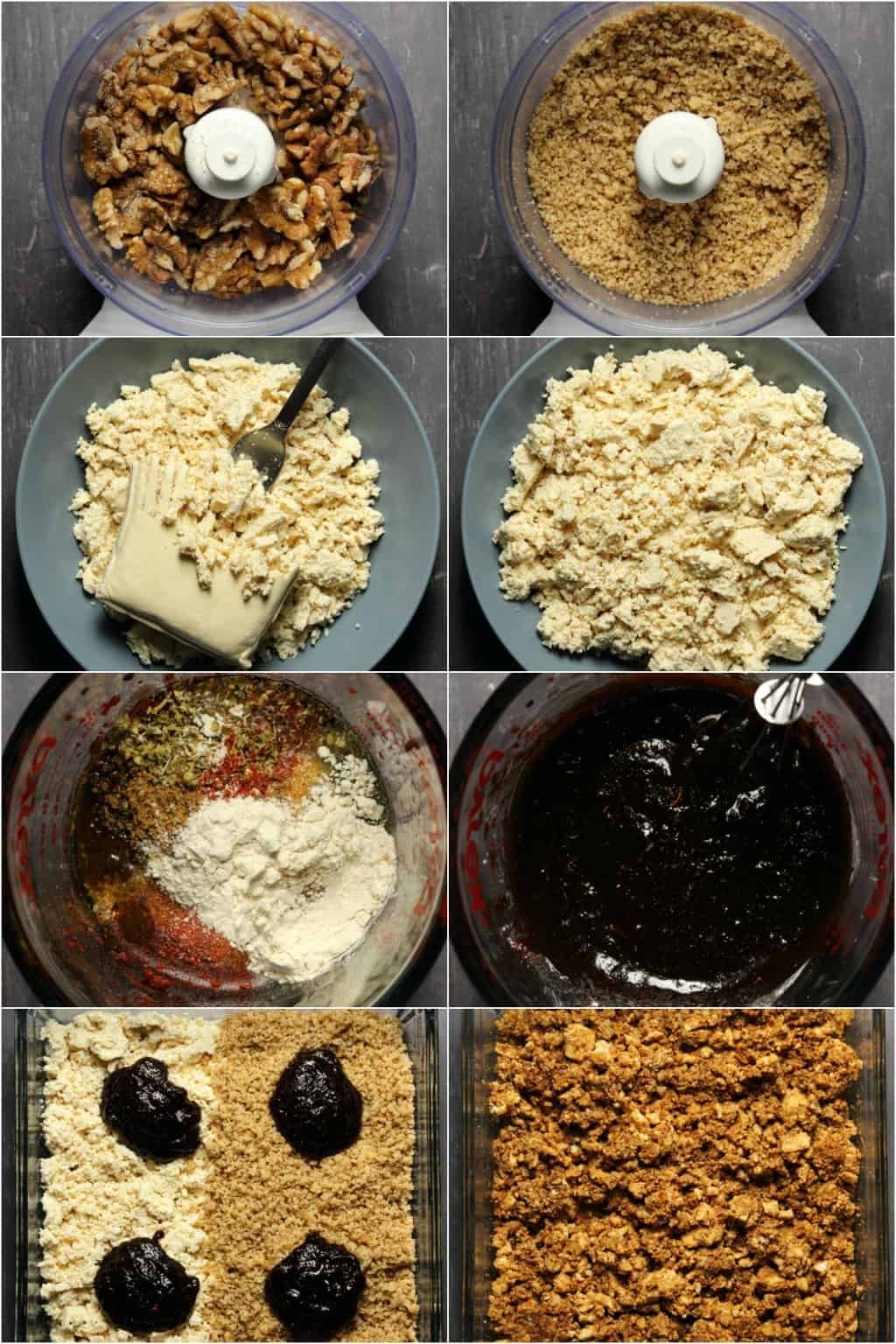 We tried a batch using regular soy sauce and it was delicious but the color was not nearly so rich, so just bear it in mind that you can use any soy sauce but there might be a slight difference in color. 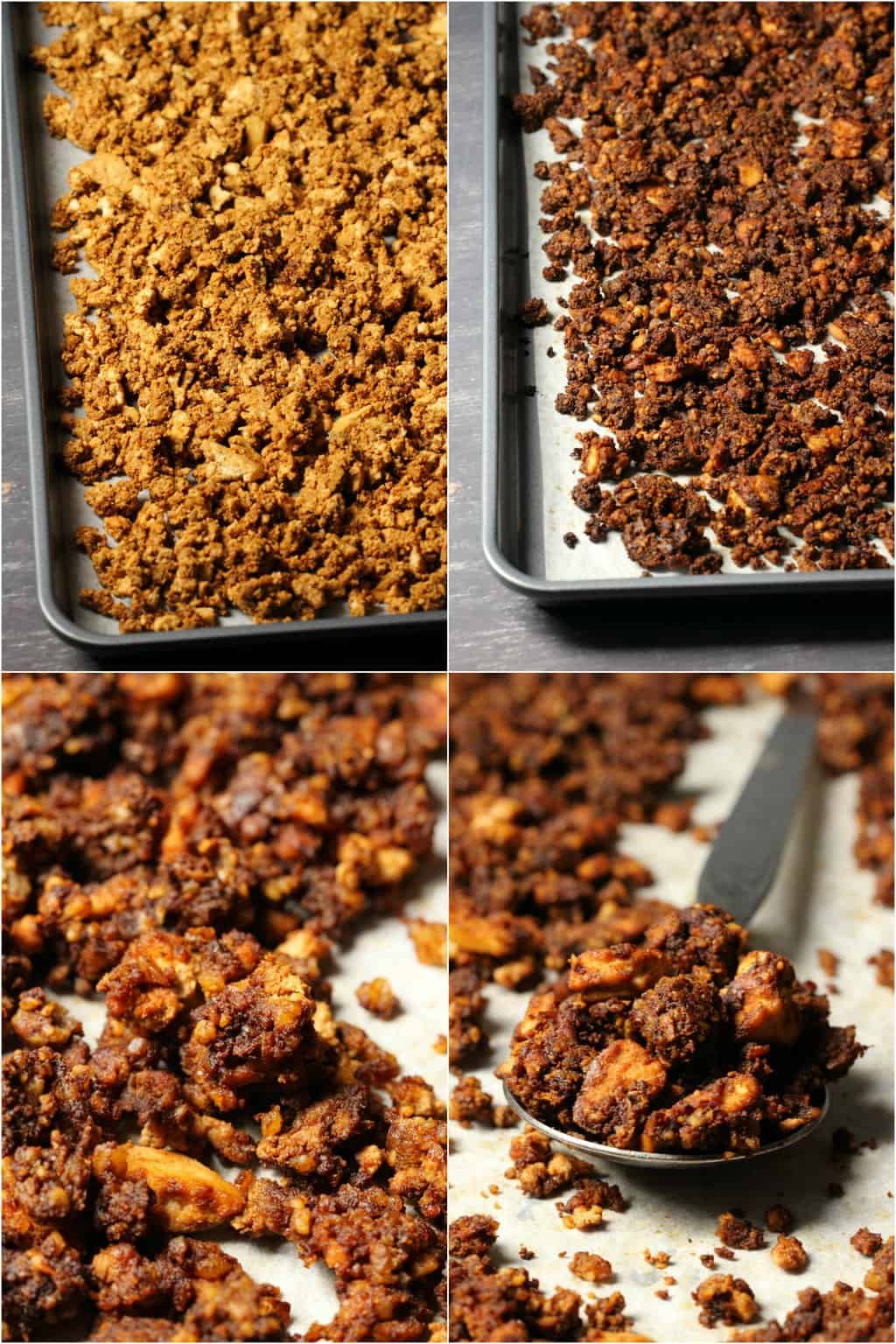 How To Serve Vegan Taco Meat

So of course, it’s wonderful on some vegan tacos.

Serve in tacos with shredded lettuce, salsa, guacamole and some vegan sour cream for a seriously delicious dinner!

But you’ll also love this on your fully loaded vegan nachos. Our recipe for vegan nachos features this vegan taco meat as one of the stars of the show.

This would also make a wonderful addition to other delicious vegan Mexican recipes like our vegan enchiladas, vegan quesadillas and veggie fajitas. It would be great in a vegan burrito or vegan burrito bowl too. It would also be divine sprinkled on a salad or over some vegan chili.

Keep leftovers stored in the fridge and enjoy over the next 4-5 days. You can serve it cold or you can reheat it. You can also freeze it if you want to. When you’re ready for it, thaw overnight in the fridge and then reheat as usual. 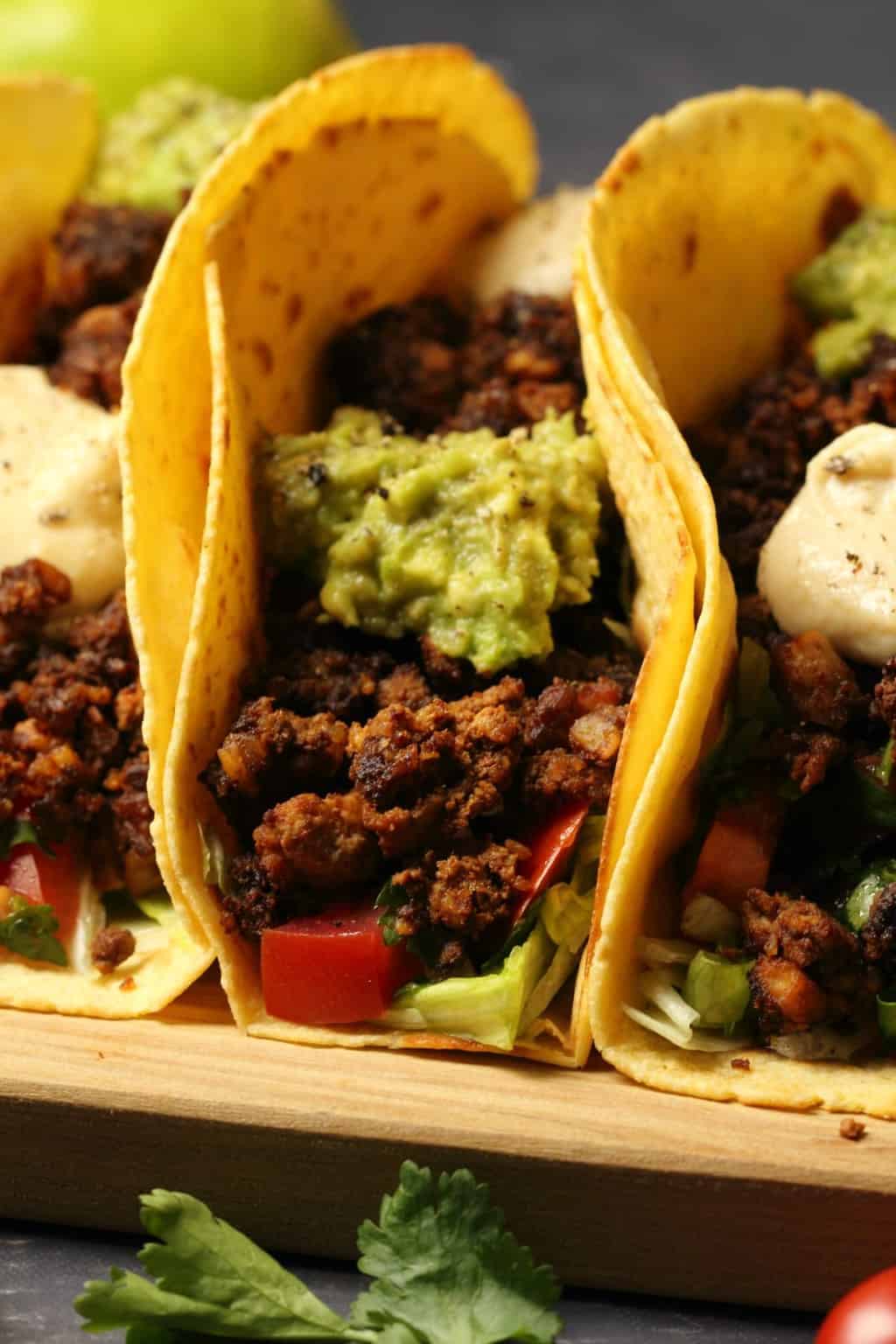 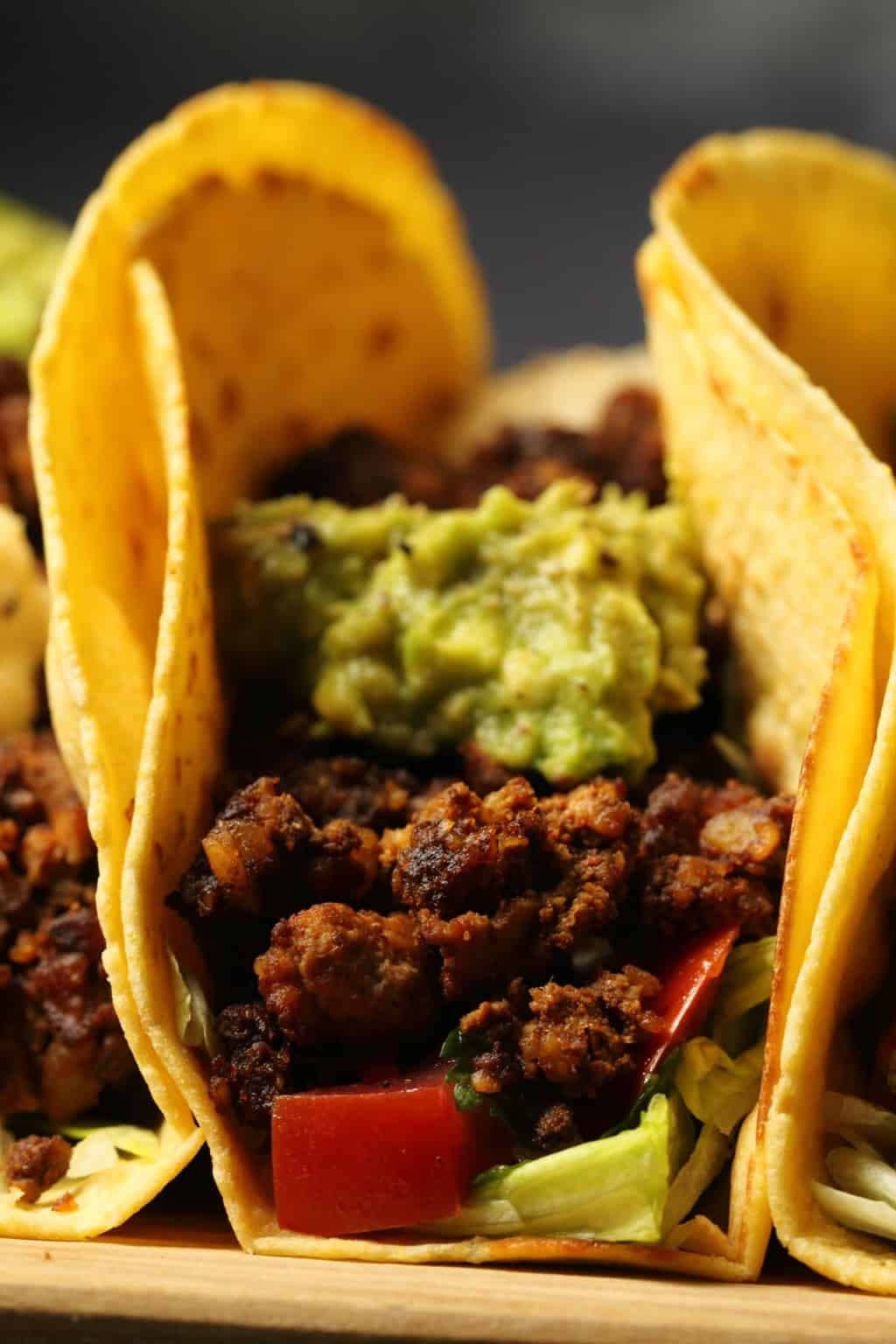 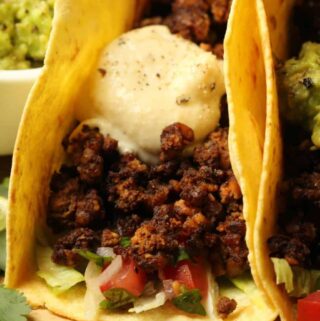