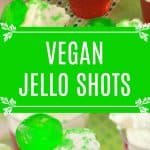 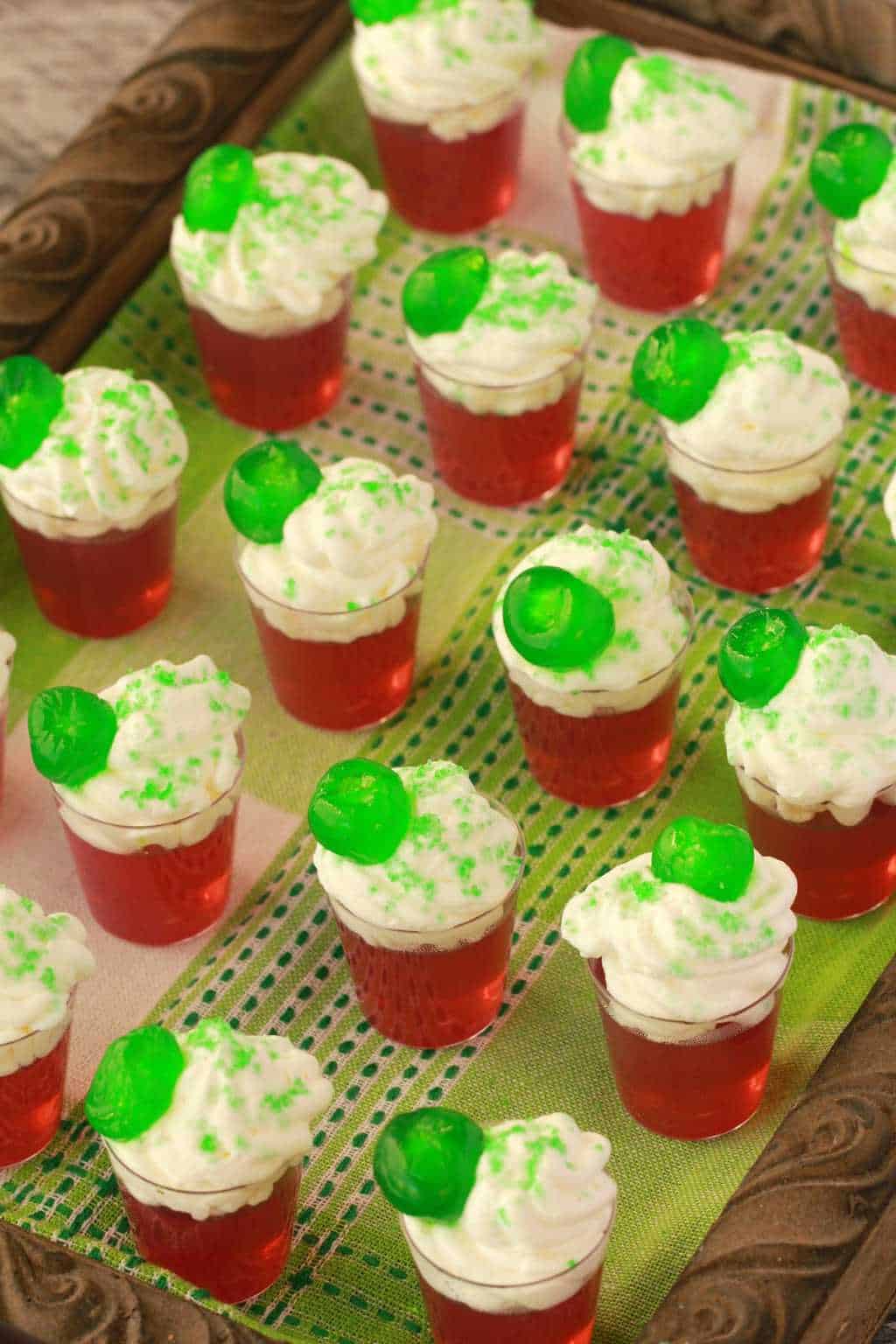 Ever since I made my fruity vegan jello, I’ve had it in mind to make vegan jello shots!

And now is a great time for this because it’s party season! But let’s be real, anytime is a good time for a party, so this is a year round good idea!

I was a bit unsure how much vodka to put in these jello shots, because you want them to taste good, but they also need to do their job, which is to provide a little hit of alcohol! 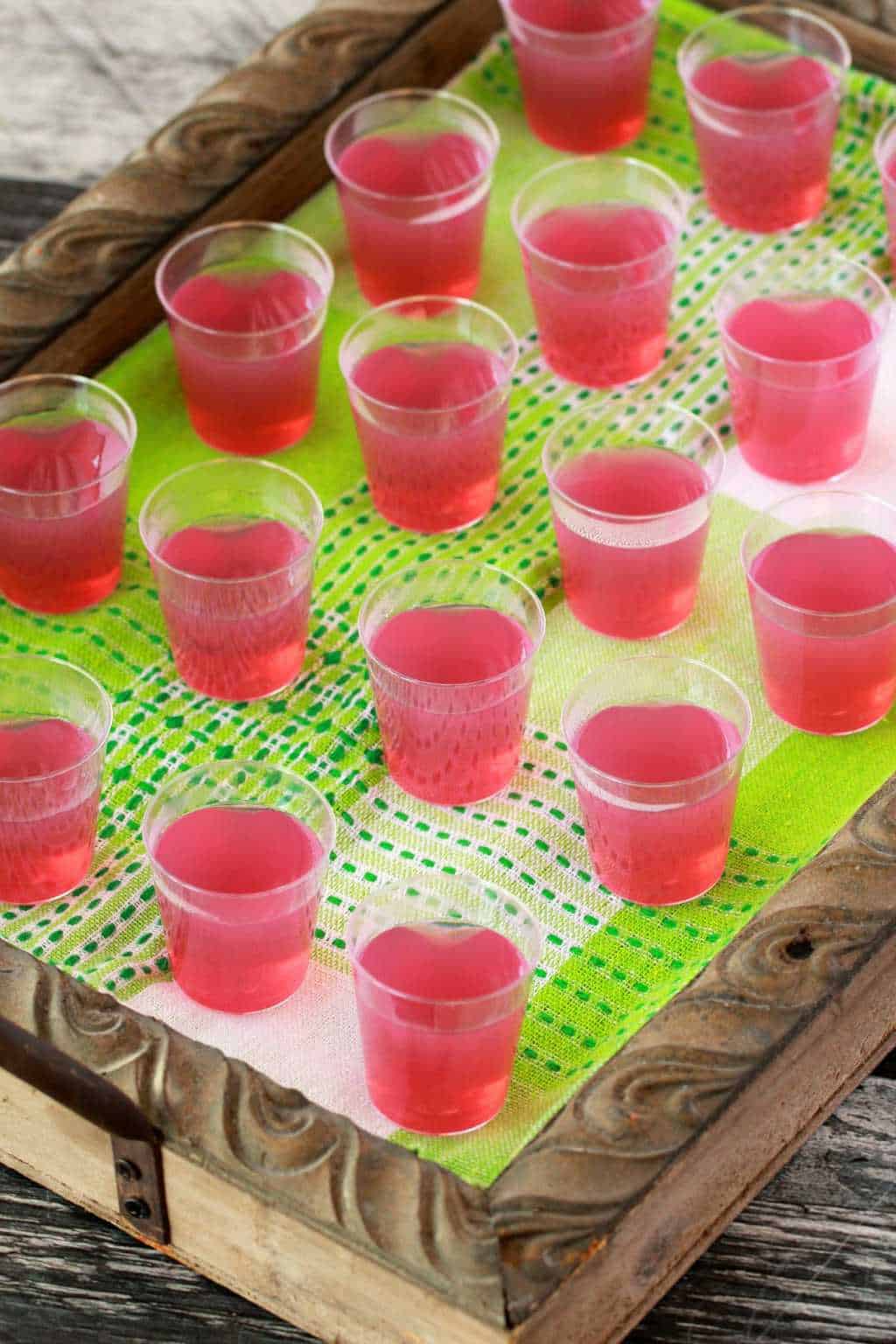 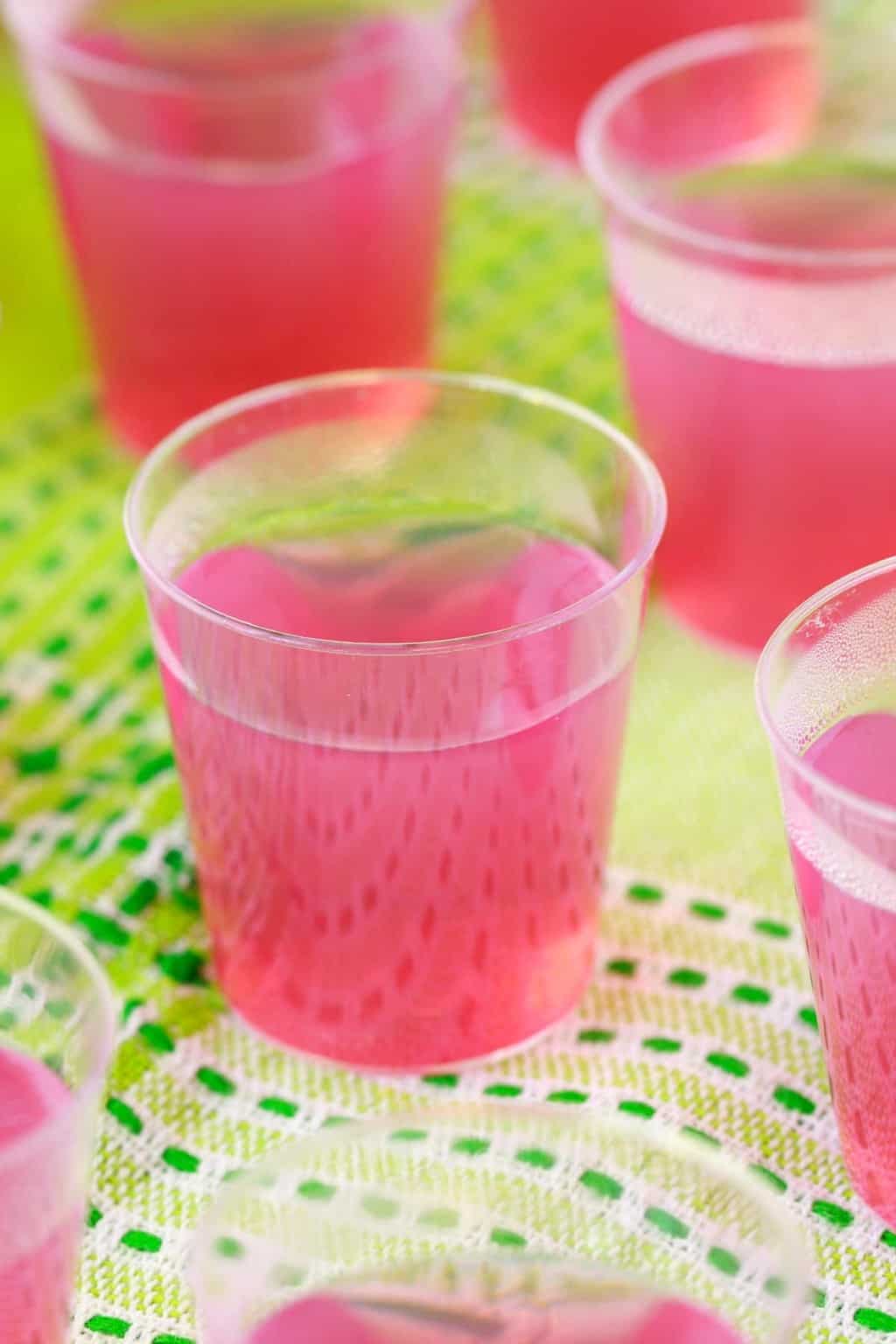 I settled on 1 cup of vodka for the recipe which works out to about half a shot (12ml) per jello shot. Which isn’t a lot, but let me just say the vodka taste IS very strong.

So if you want the taste to be more jello and less vodka, then use less vodka and compensate by adding extra water to the jello mix that you heat on the stove (it will make more sense when you read the recipe). 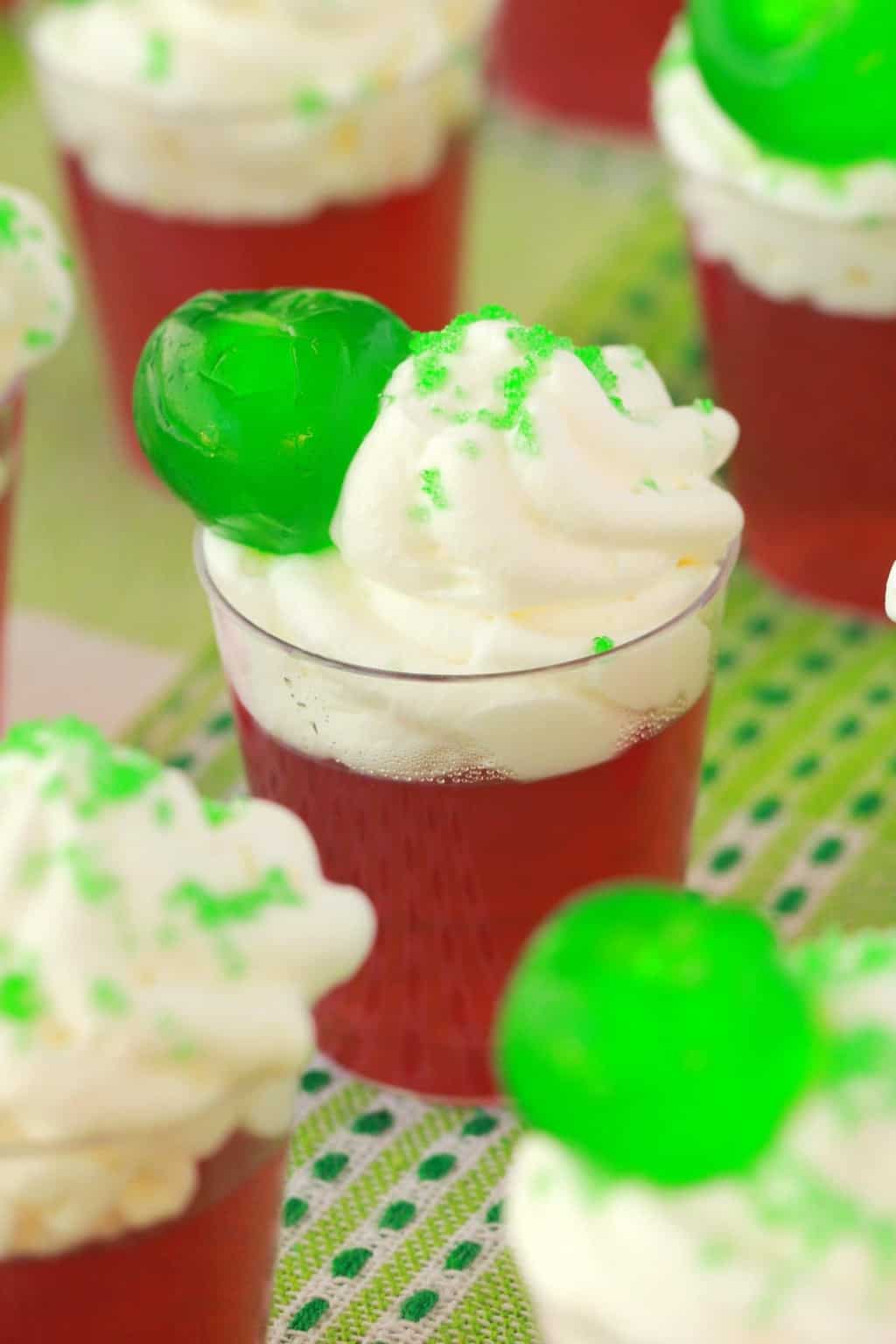 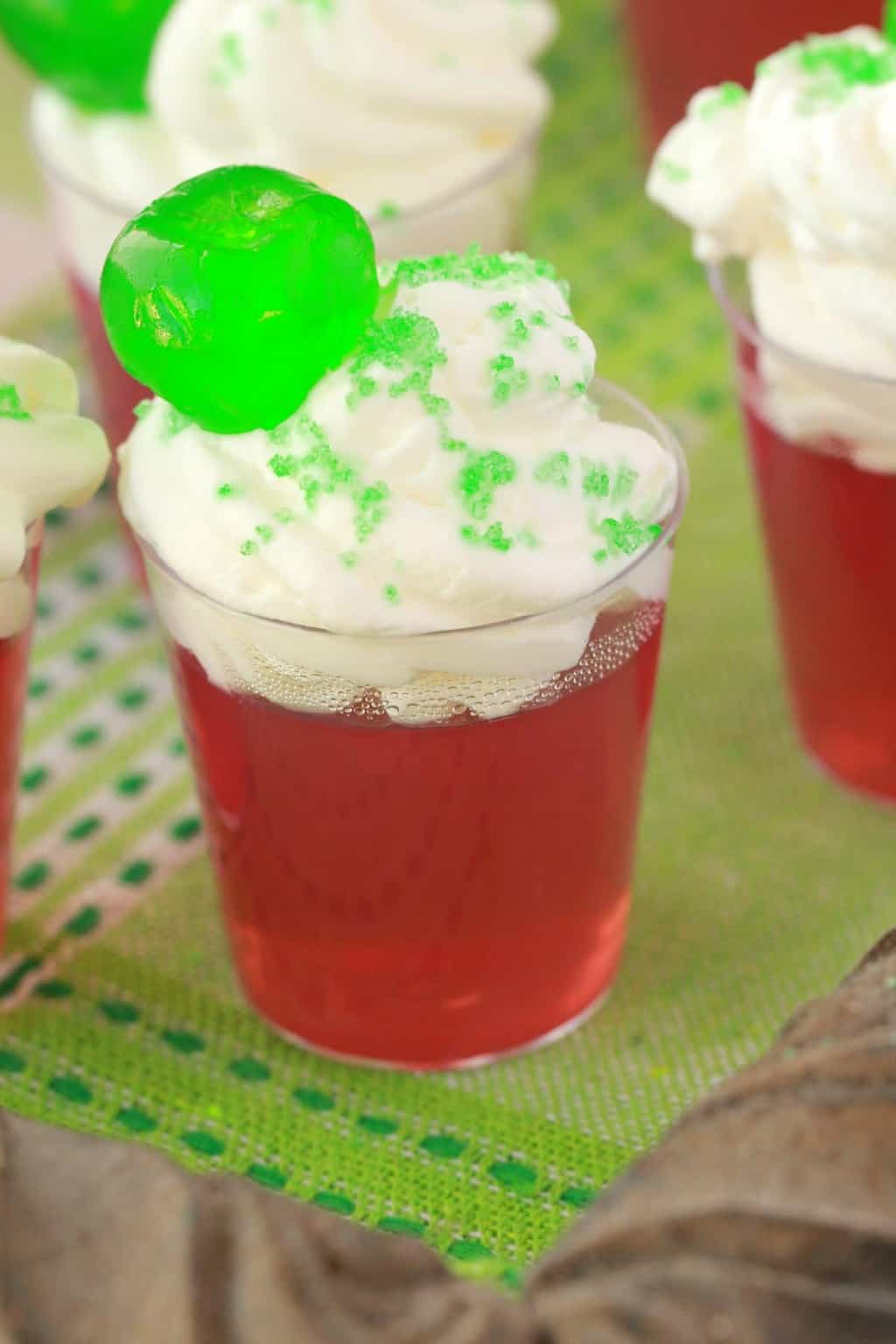 I was also able to get my hands on some agar agar powder this time, unlike last time when I made the straight vegan jello and used agar agar flakes. Well the powder is definitely more powerful, but the use of alcohol also means you do need more than if you’re making an alcohol free version. I found 1 teaspoon to be just perfect for this!

Top with some vegan whipped cream (store-bought or homemade), a sprinkle of green sanding sugar (literally just white sugar shaken up in a jar with a drop or two of green food coloring), and a green cherry propped at a jaunty angle and you have gorgeously festive vegan jello shots! 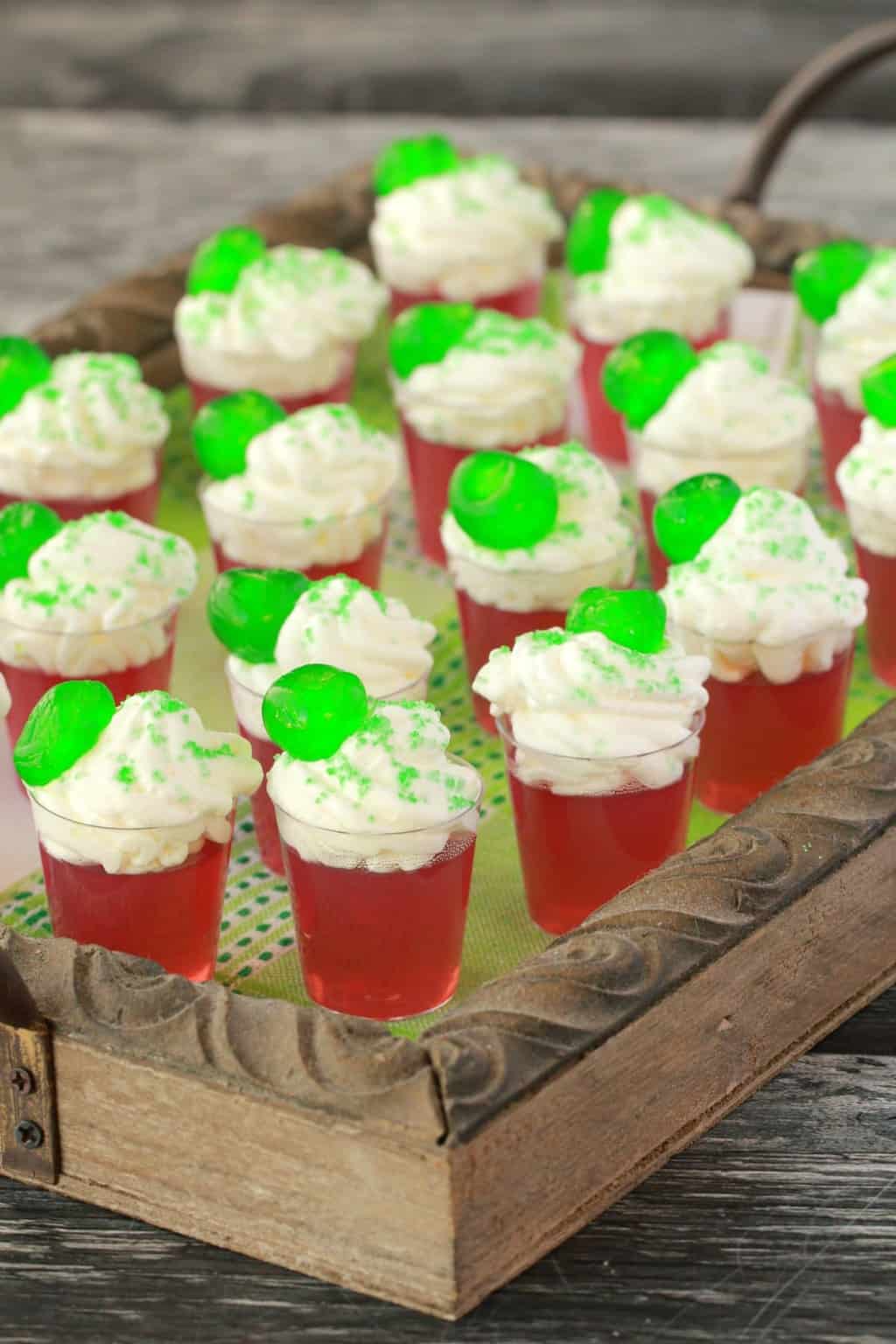 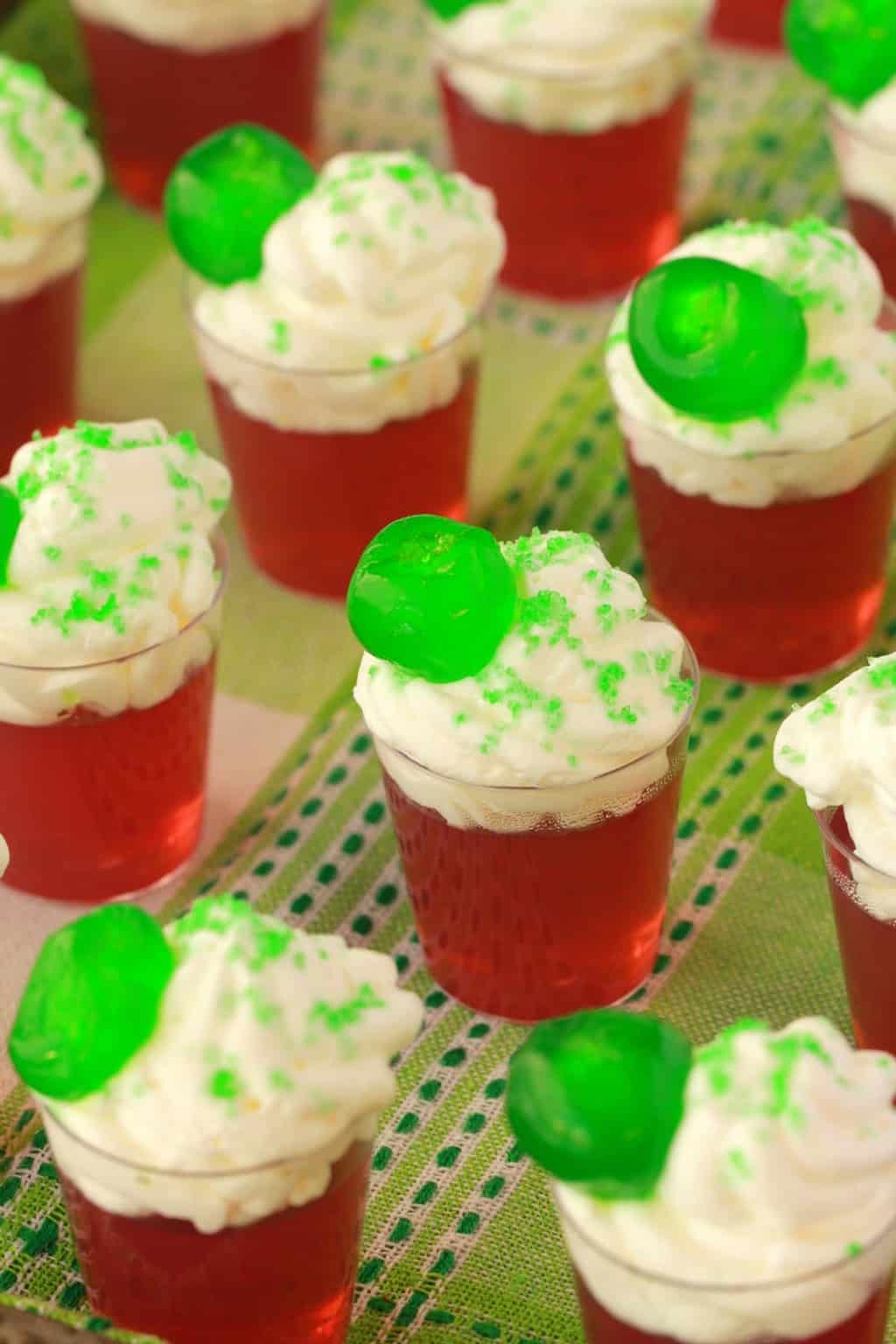 You will love these gorgeous vegan jello shots, they are:

They also taste great (depending on how much you like your booze, but as mentioned above, adjust booziness for personal preference!). If you’re making them in advance, just do the jello part only and then add the cream and decorations right before they’re needed. 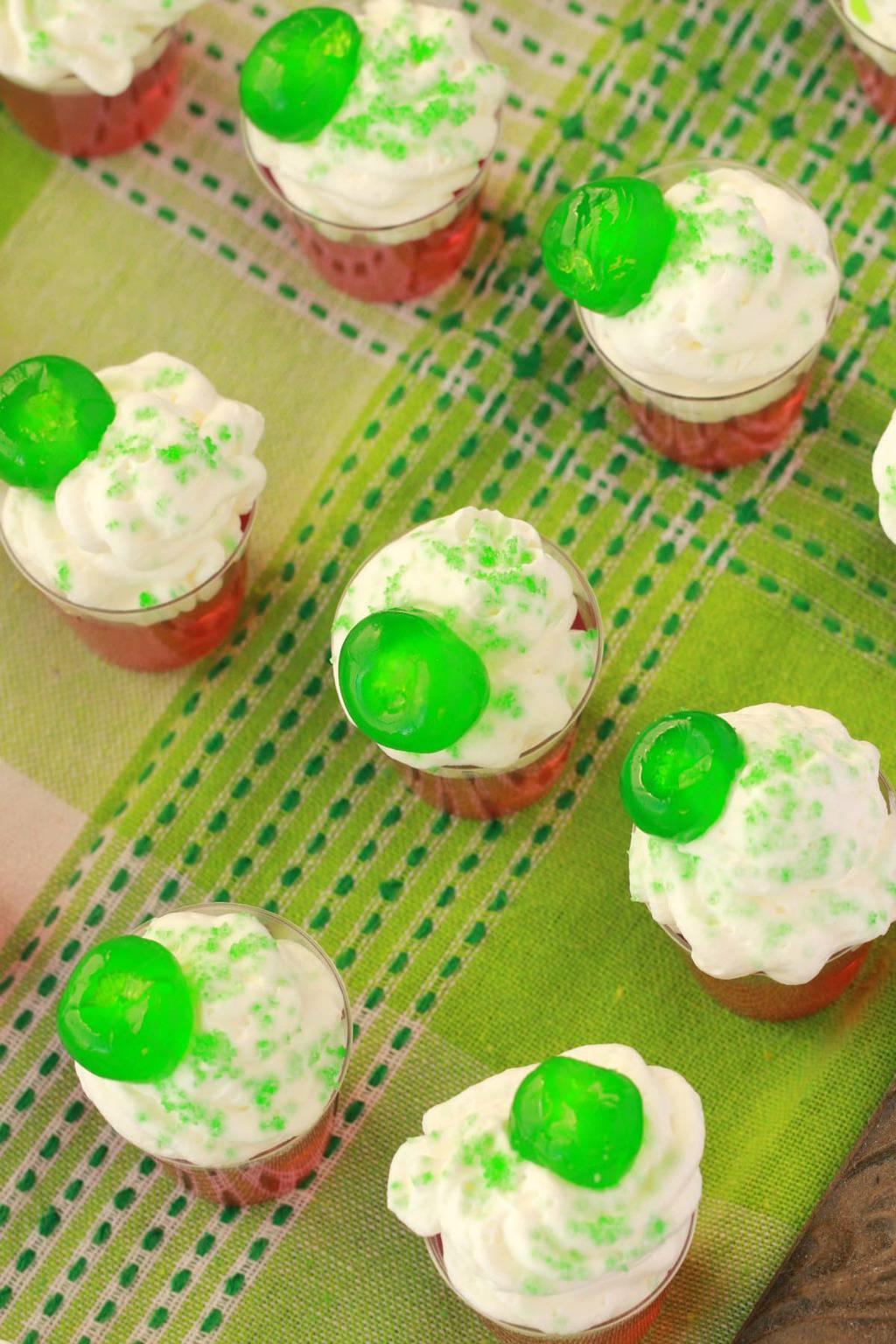 So what do you think of these vegan jello shots? Got a party planned? They’ll be perfect!

If you make them, take a photo and tag us #lovingitvegan on instagram so we don’t miss them!

And if you’re in the mood for some fun (and boozy) recipes, here’s a few more:

Sign up for our email list while you’re here, and receive a free ebook containing 10 great recipes PLUS you’ll stay updated with all the new recipes posted to the blog. Tooooo cool. 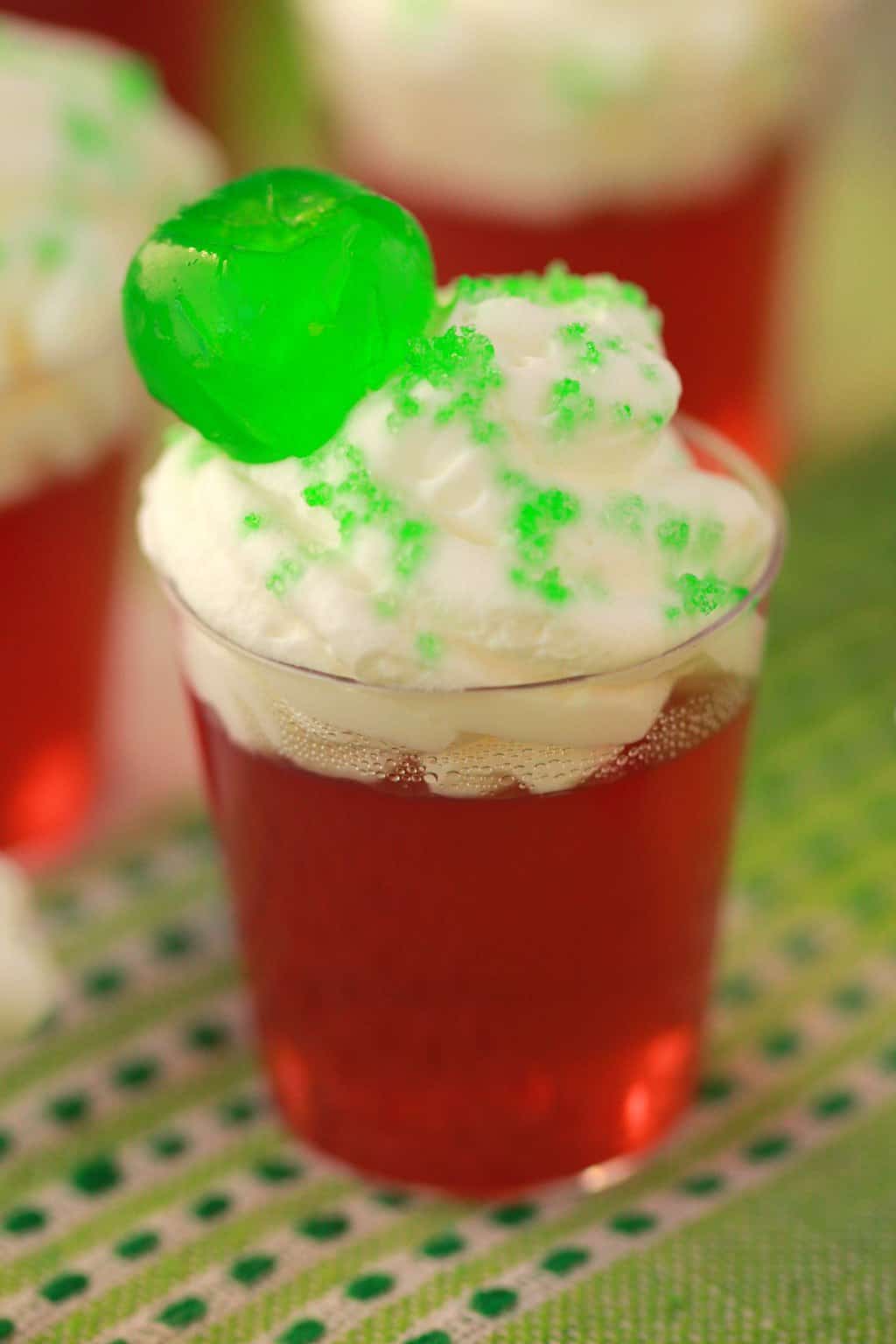 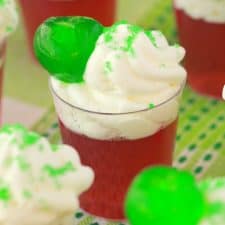