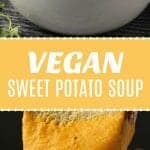 This creamy vegan sweet potato soup is so rich and delicious and makes wonderful comfort food. Hearty, filling and satisfying. 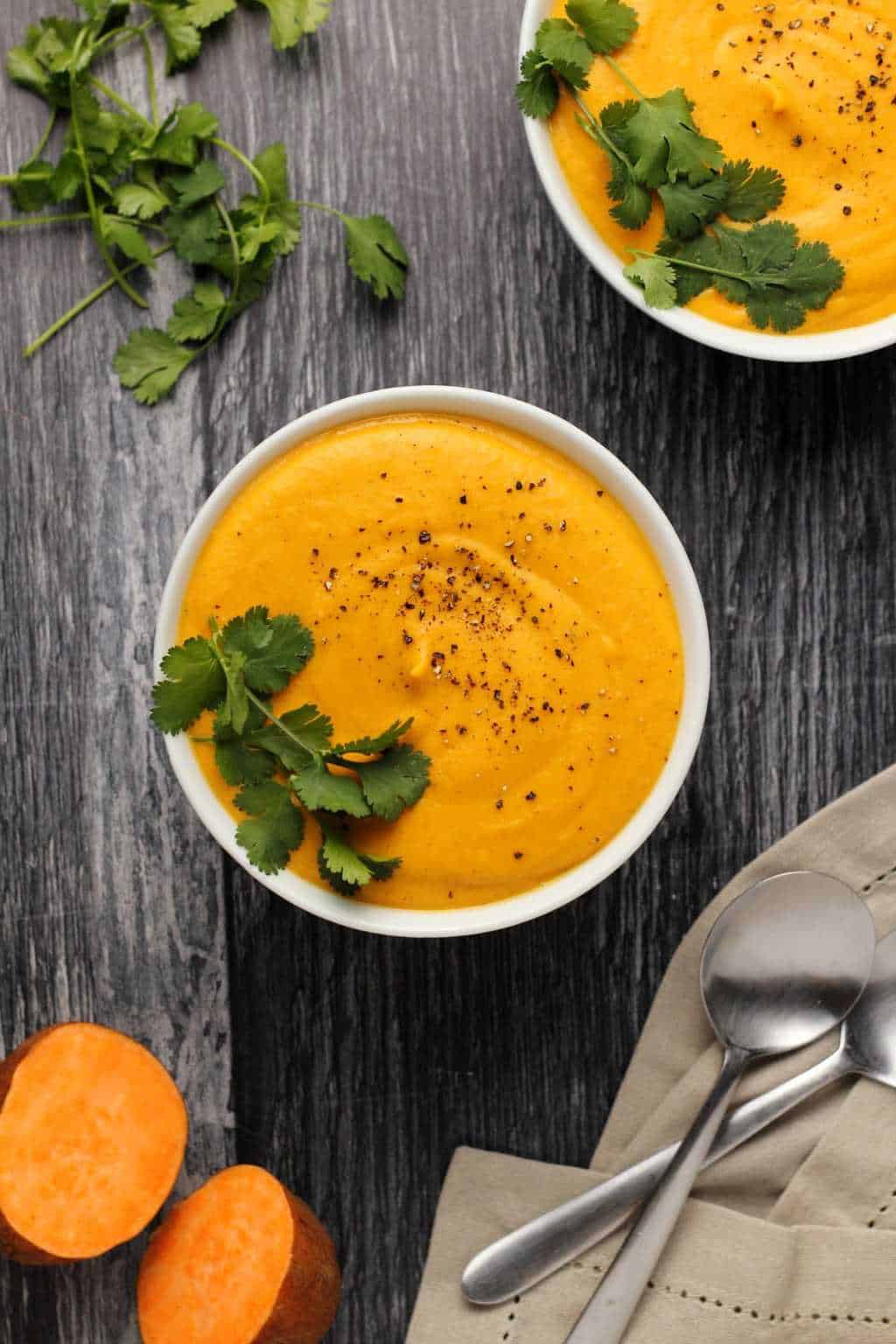 It’s definitely filling enough to be all you need for a good dinner and making it is so super easy that really, why wouldn’t you?

It also has a little secret ingredient (secret? no, it’s not secret at all, of course I’m going to tell you) that takes this soup to next level delicious.

The not-secret-at-all ingredient is almond butter! Since putting peanut butter in our super ultra delicious vegan carrot soup, I was inspired to try some almond butter with this sweet potato soup, and it worked like a charm. 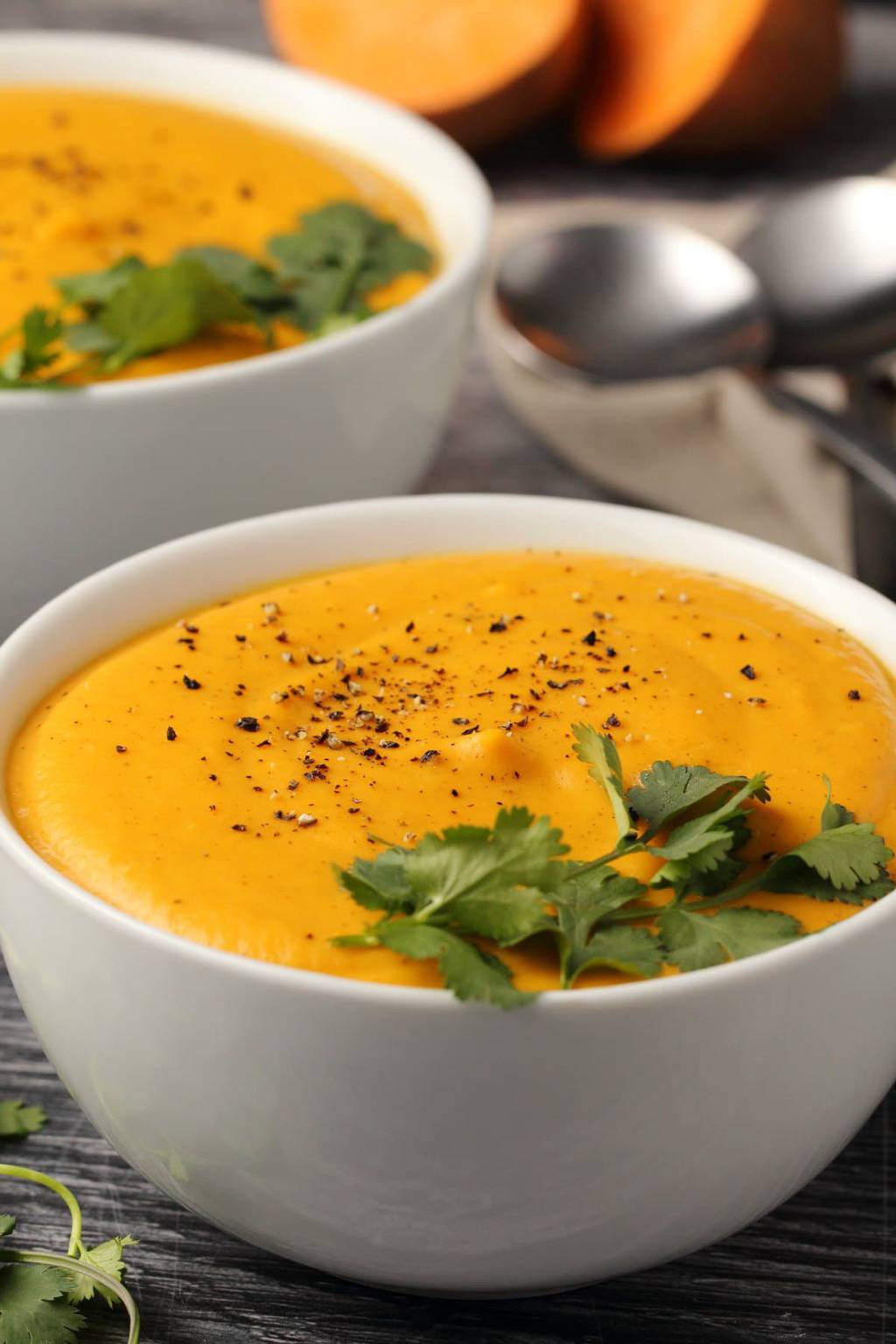 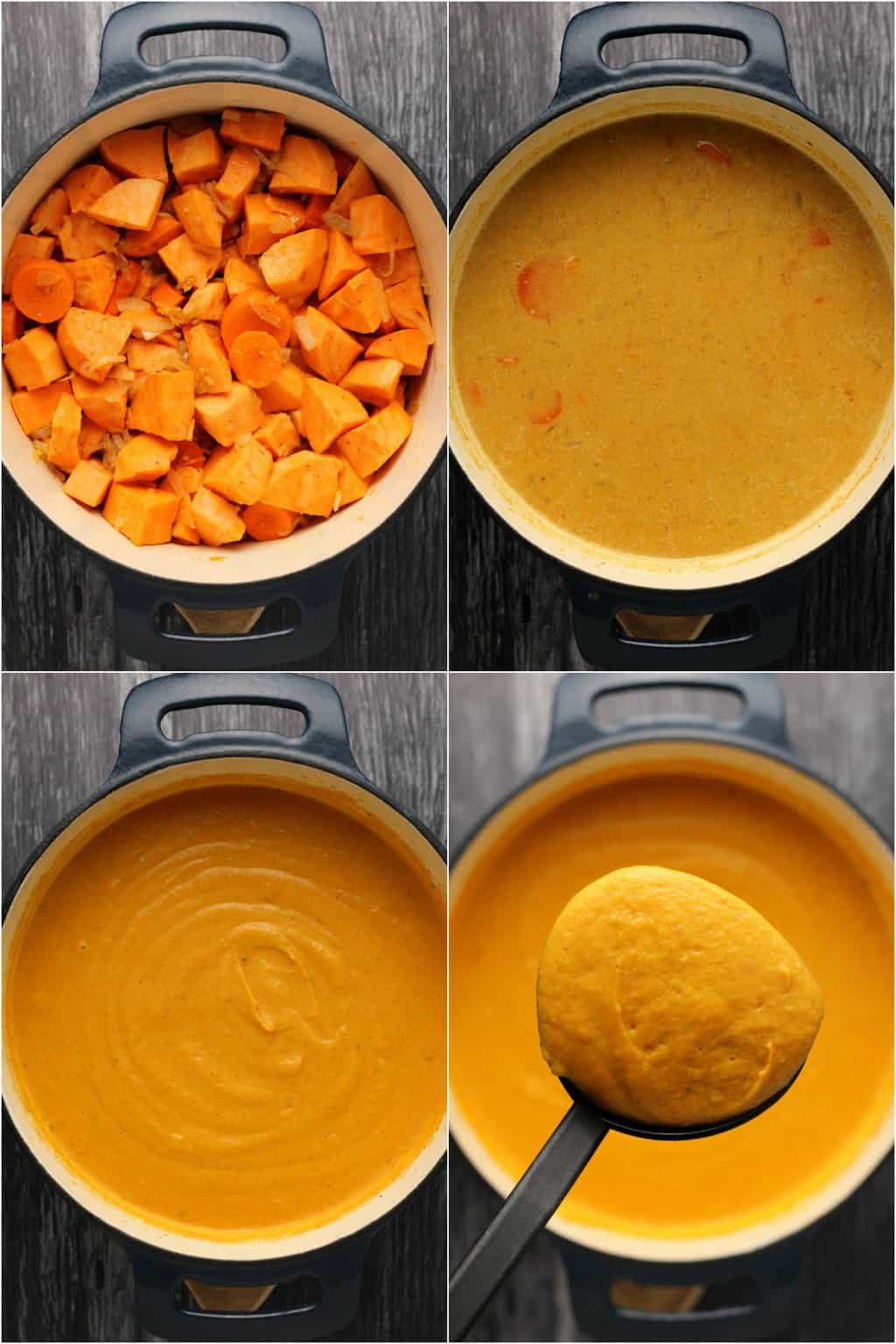 As you can see this soup is thick! It’s super filling and rich and creamy. We used coconut cream, but coconut milk is also an option. If you prefer to use coconut milk then a full fat variety is going to be the tastiest for this soup, as it’s meant to be a very rich and creamy soup.

A light coconut milk would do the job but wouldn’t be as delicious and the soup would be a thinner consistency as well.

If you prefer your soups to be thinner, then use an extra cup or even an extra two cups of vegetable stock during the cooking process.

We used almond butter in this soup which works wonderfully well, but other nut butters that would also work in this sweet potato soup are peanut butter or cashew butter. Those also have a flavor balance that would blend well with this soup, but experiment with others if you like!

Serve it with some black pepper sprinkled on top and some fresh cilantro. We found a delicious sweet potato bread that we used for dipping which was too good! 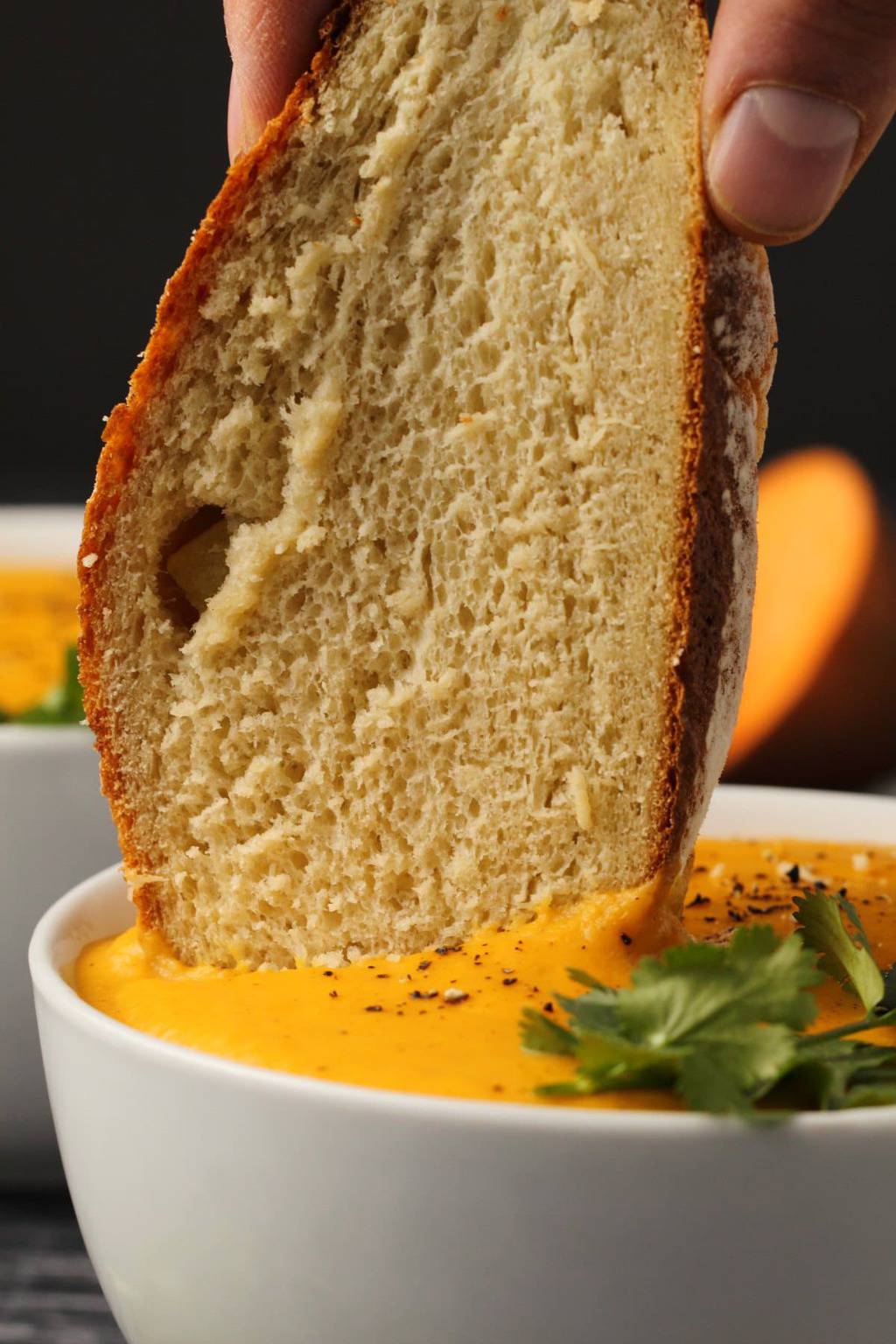 Leftovers keep very well in the fridge for 3-4 days and can be easily reheated, so don’t be intimidated by the fact that this is a big pot of soup, you’ll easily get through it over a few days. 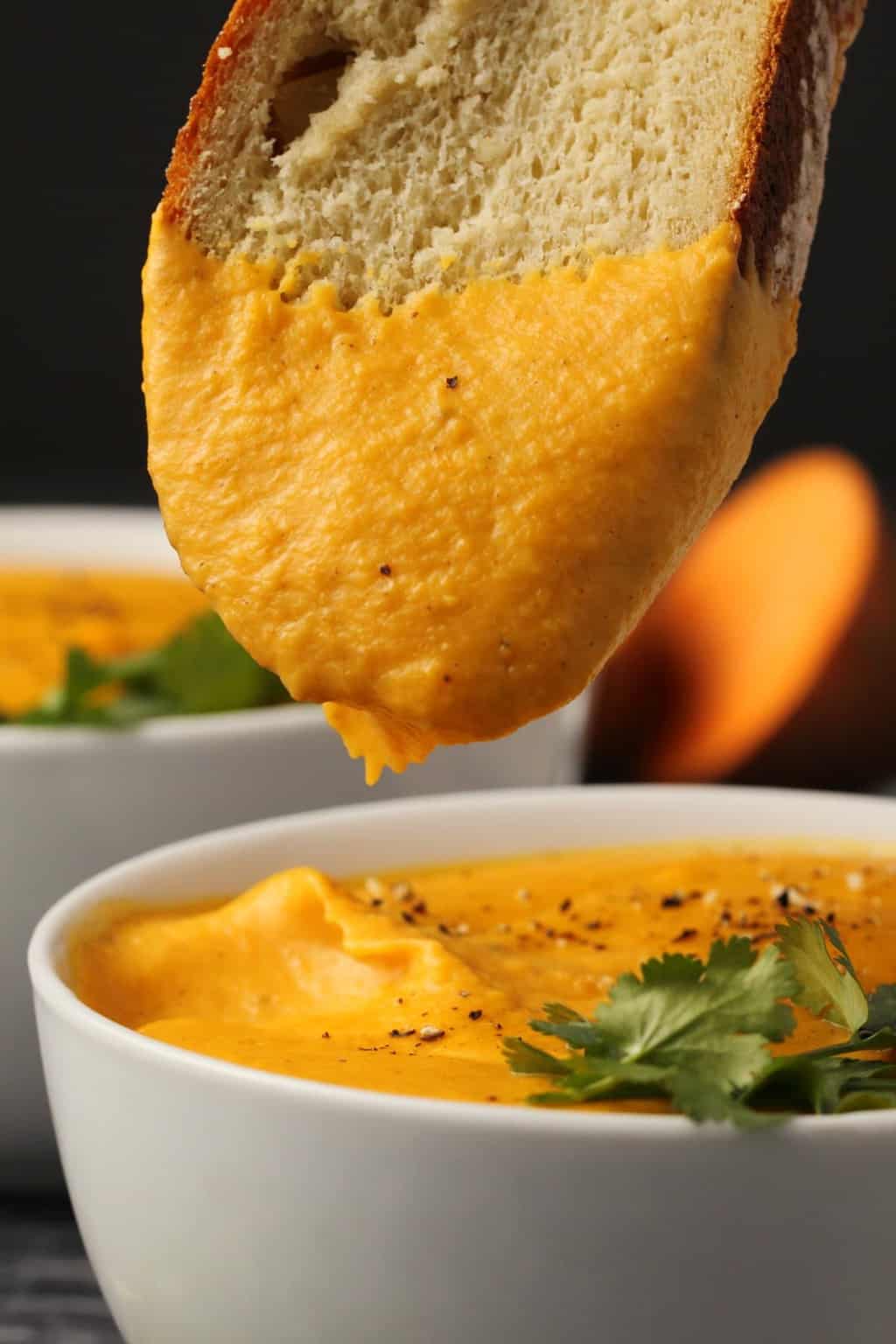 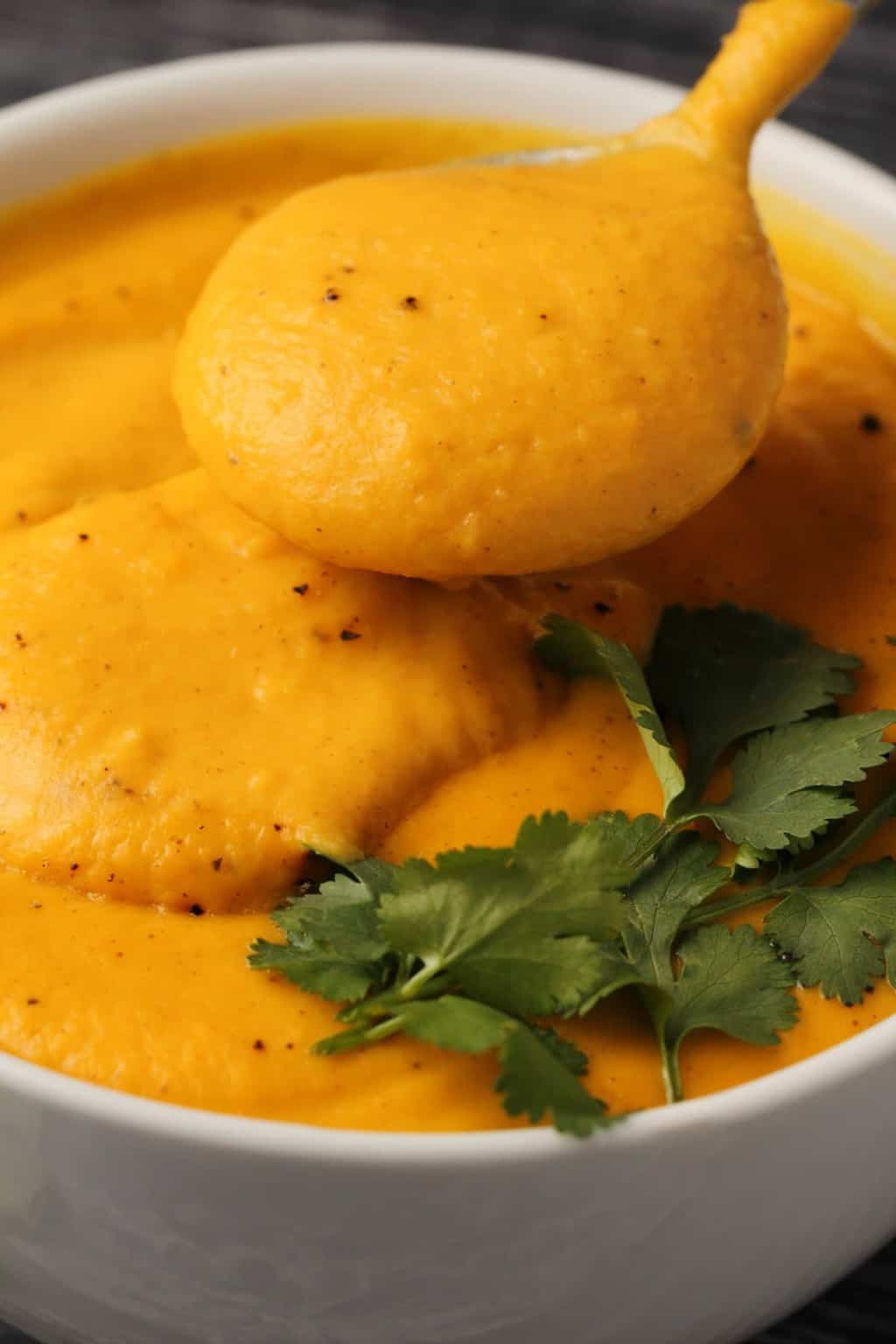 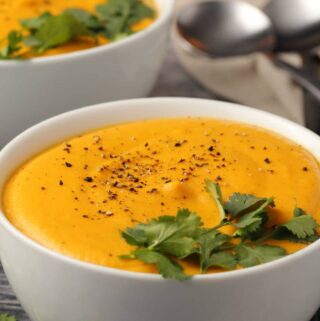